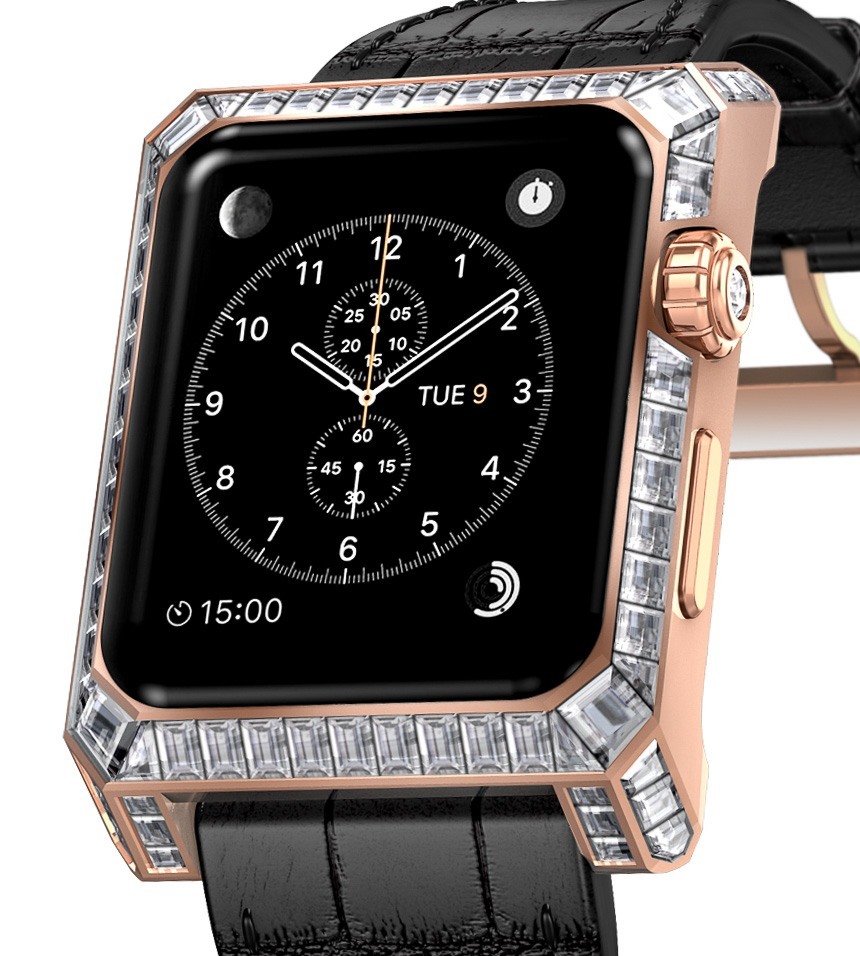 Wondering How The Swiss Luxury Industry Will Handle Smartwatches? One Cheeky Watch Maker Proposes This Option

I’ve been close with Swiss watch designer Yvan Arpa for years, and I understand his particular blend of humor and unorthodox style. So with that said, his recent “announcement” about how he personally plans to benefit from the inevitable success of the Apple Watch (hands-on here) and other smartwatch devices, does not come as a particular surprise. Yvan Arpa cleverly sees a market in luxury smartwatch modification. See, for example, his mockups of a re-cased Apple Watch, in a novel solid gold case with loads of baguette-cut diamonds.

Stuff like this is rather easy to make fun of, but you know it is going to happen. Yvan Arpa is just being entrepreneurial about an expectant surge in smartwatch popularity, and what could possibly be Apple Watch dominance of the segment for at least a good while. Further, he is sending a message to his high-end clients that, “don’t worry, we can still do business together, even if you’ll want to wear an Apple Watch.” If customers used to wearing lavish mechanical watches worry about losing their “exclusive edge” by choosing a mass produced Apple Watch, then perhaps there is a market for after-market Apple Watch customization. It seems entirely plausible, if not inevitable. 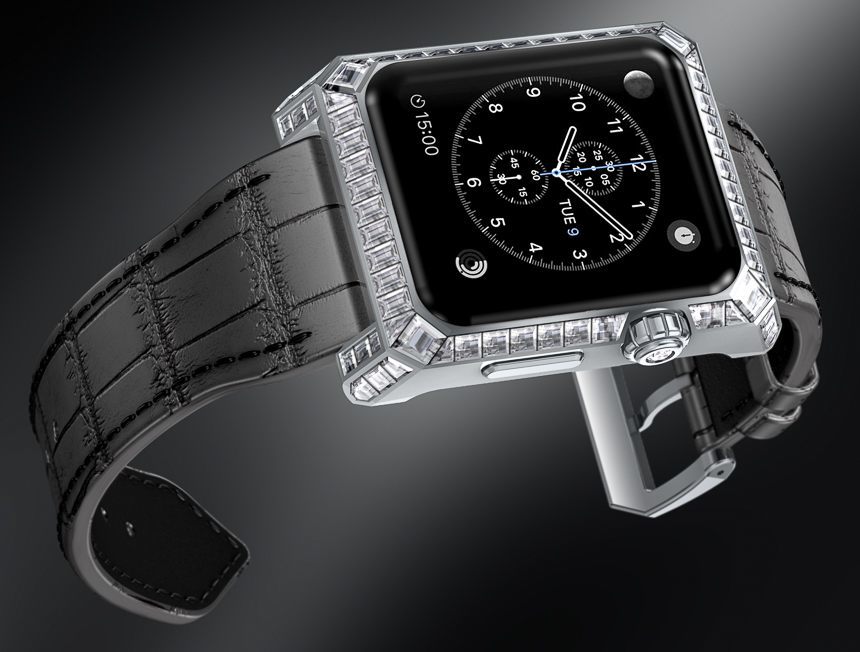 One of the things I find fascinating, is that the the luxury industry is so deeply concerning themselves with the Apple Watch and smartwatch devices. Perhaps it is Apple’s fault for knocking on their door, with the 18k gold Apple Watch Edition, or maybe, they just want to get in on new trends. I would have guessed that the luxury industry might wait a few years for the smartwatch industry to mature, before deeply concerning themselves. It isn’t as if traditional luxury watch makers are suddenly going to develop software and electronics hardware. Their forte has always been about external design and materials.

Yvan Arpa has been responsible for a number of luxury watch ideas, that span from brilliant to just totally wacky – and that is why we love him. He currently runs his own brand ArtyA, and also Spero Lucem. Further, Arpa owns a small manufacture in Geneva, known as SC2, where he plans on headquartering a smartwatch customization service for select clients. 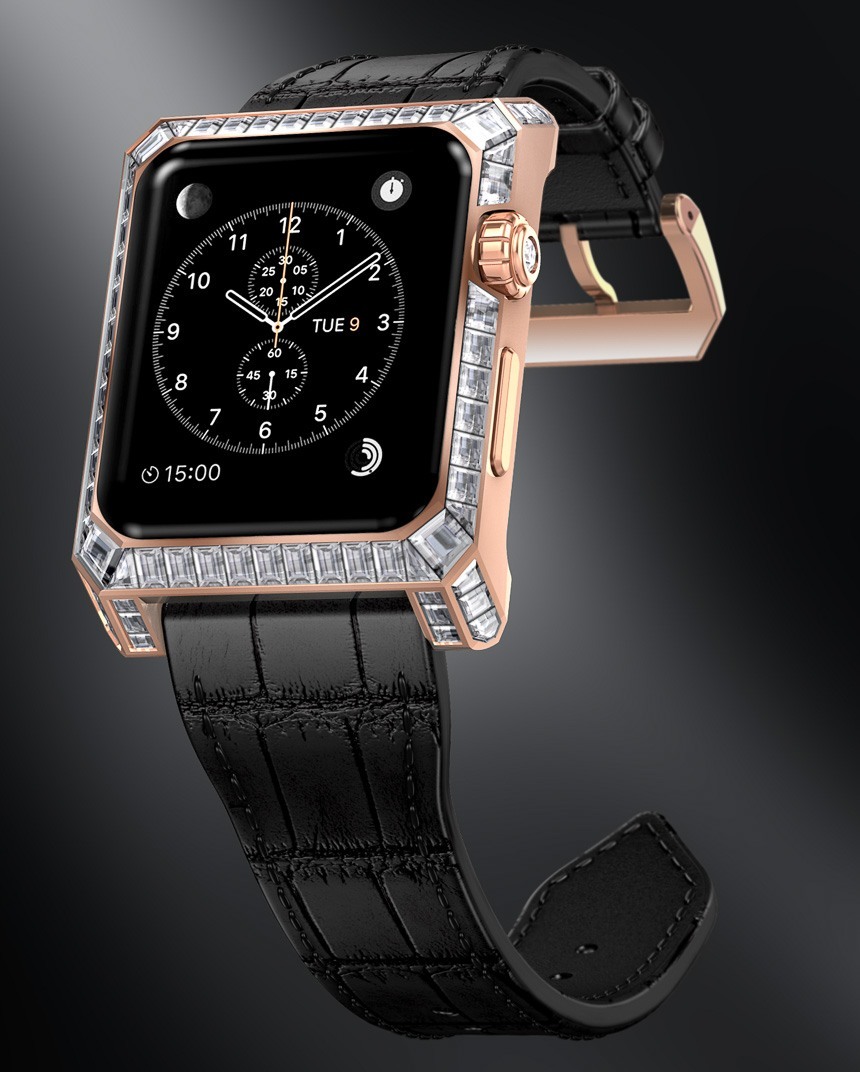 Yvan Arpa’s promise is to re-case items like the Apple Watch with more exclusive and luxurious cases. While it isn’t yet known how easy it will be to remove the hardware inside of an Apple Watch and move it into another case, it is presumably doable. This concept art shows what might happen if Yvan gets his way. This idea offers a mocked-up Apple Watch with a custom gold case. According to Arpa, a case such as this would be produced from 150 grams of gold, and contain over eight carats of baguette-cut diamonds. Of course, at these levels, it is all about customization and bespoke work, so don’t stop your imagination from going wild to dream up your ultimate luxury Apple Watch fantasy.

Yvan Arpa even muses on the fact that it is difficult to get traditional mechanical watches in Switzerland, suggesting that, perhaps, using smartwatch movements (hardware) might be a possible solution for smaller, more creative (and flexible) Swiss watch makers. This gold and diamond laden concept is as much a “what if” as it is a “we await the first order.” Talk about making people feel like their gold Apple Watch Edition pieces aren’t as exclusive any longer. 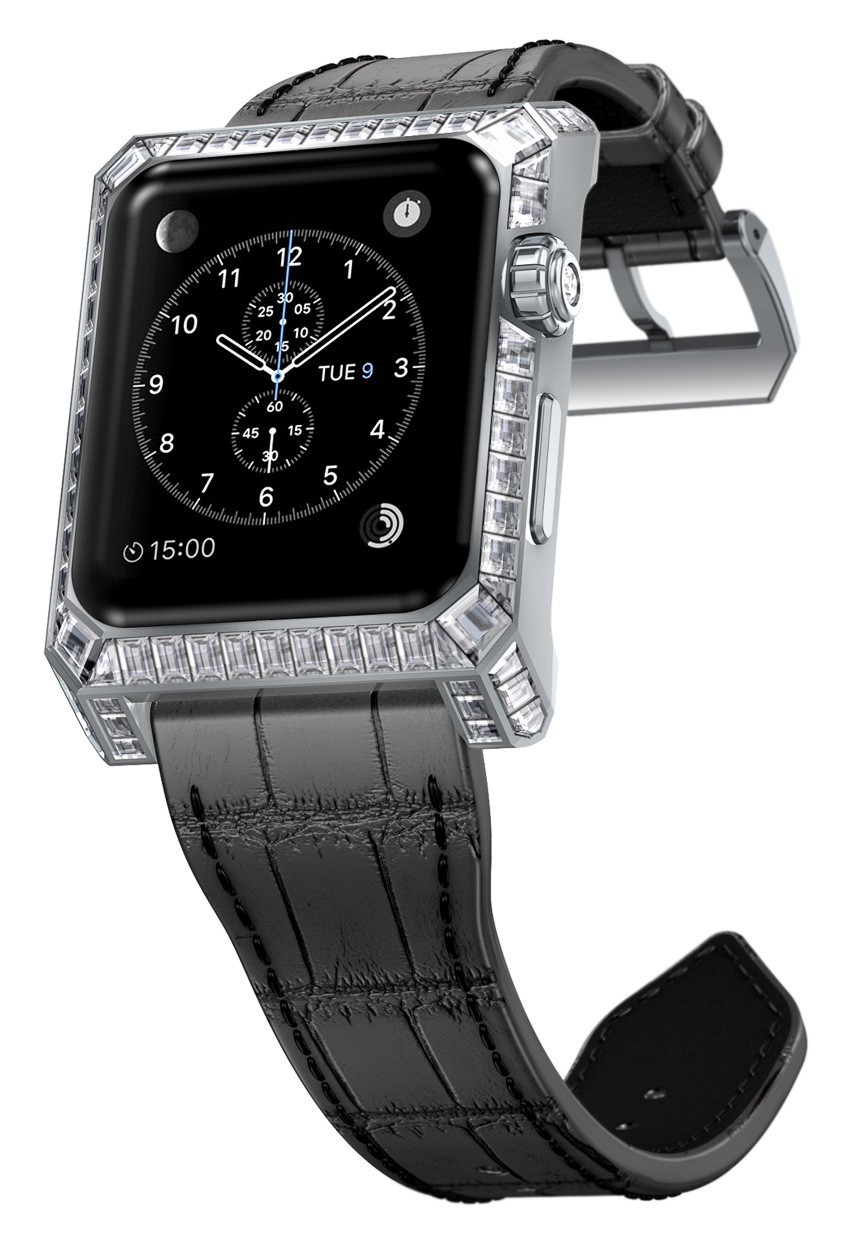 Another important implication of something such as this, goes back to the notion that Apple and other smartwatch companies are keen to enter the luxury and fashion worlds as much as possible. A huge concern of Apple, is to offer enough Apple Watch variety, so that people don’t feel as though they are all wearing similar items. At the top of the consumer ladder, customers are really focused on exclusivity. So, the idea of having an item “no one else has” is really important. An emerging smartwatch customization industry could deliver that, allowing people to enjoy the best of modern technology, with the status of luxury items they are used to enjoying. Companies such as Bamford and Project X already cater to people who want Rolex watches, but who want ones that have unique appearances.

How much will it cost to get a custom Apple Watch in the future? We don’t even know the full price-range of the Apple Watch, but Yvan Arpa offers hints there, as well. According to him, customers looking for a bespoke Apple Watch wearing experience can expect to pay between 10,000 and 100,000 Swiss Francs. This particular model seen here (which, I believe, Yvan Arpa has affectionately called the “PineApple”) is estimated to be valued at $65,000 – if it is even doable. I personally case wait to see how many cool and terrible ways people try to bling out the Apple Watch soon after its release in 2015. luxuryartpieces.com