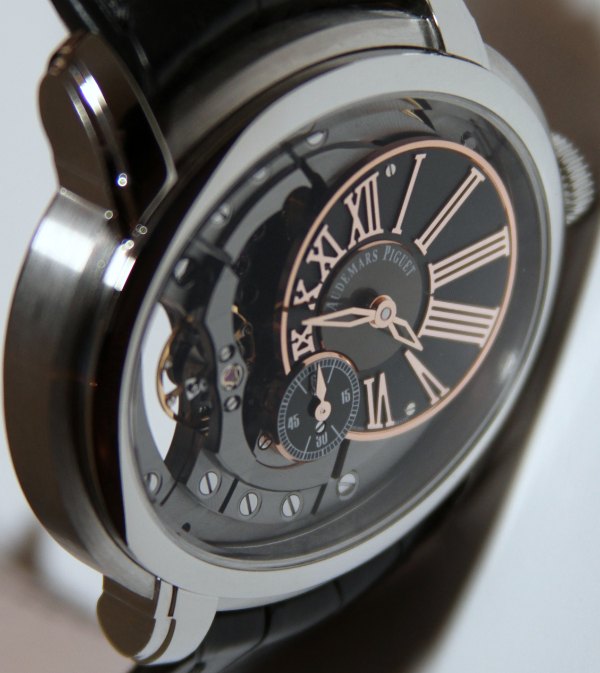 The oft neglected (in the US) Audemars Piguet Millenary is getting a major re-haul for 2011 with the Millenary 4101 collection. Using the same ovoid shape of case as the previous Millenary, the dial and movement are totally new and based on the very rare and high-end Audemars Piguet Millenary AP Escapement collection (see image of one below). Those models had a special high-beat escapement and came in a few varieties with a price point usually in the $300,000 – $500,000 range. The style of the movement, as well as the look of the dial, influenced this new and very attractive collection that starts at $21,900 range for the steel.

The idea, of course, is to be able to appreciate the look of the movement each time you glance at the watch. Such appreciation is especially important because this is a finely Swiss-made Le Brassus movement produced by Audemars Piguet. I have to say that the first thing I thought when looking at this watch was just how nicely finished the movement was. Truly at a level of something two or three times the price. Specifically, I am referring to the very nicely polished bridges and plates that have a super high quality look to them. These timepieces shouldn’t have much of a problem selling themselves. 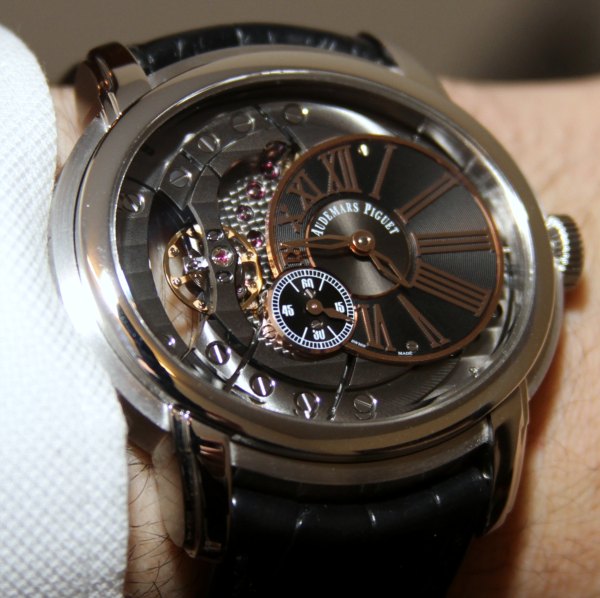 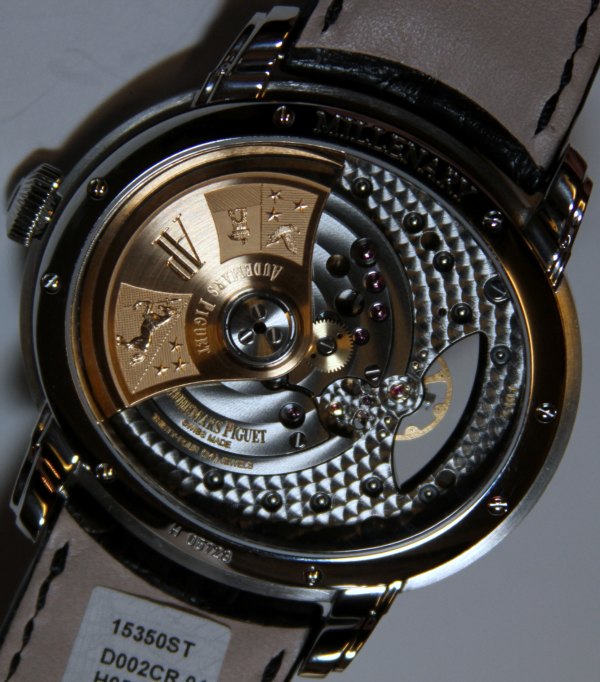 On the back of the case is an open sapphire caseback allowing you to see the engraved 22k gold rotor as well as a slew of perlage polishing. This really is a watch for the movement lover. This time around, the time display on the Millenary is actually off-centered, where as it was just a bit of an optical illusion before. The dial has a rich depth to it and you can tell that the movement was designed from the ground up to attractively fit the special oval case.

This particular movement is called the Caliber 4101 and is brand new for this watch. Not only is it is made to fit in the case but is also an automatic with 60 hours of power reserve. The rotor sits on ceramic ball bearings and the movement actually comes in two tones. There is a lighter version with rhodium plated bridges and a darker version with anthracite bridges. The bridges also enjoy sharp beveling and areas of diamond polish in addition to lots of perlage and Cote de Geneve. In the gold cased version, the bridge for the escapement is also in gold. In all, the movement has 253 parts. Really one of the choicest new movements of the year. 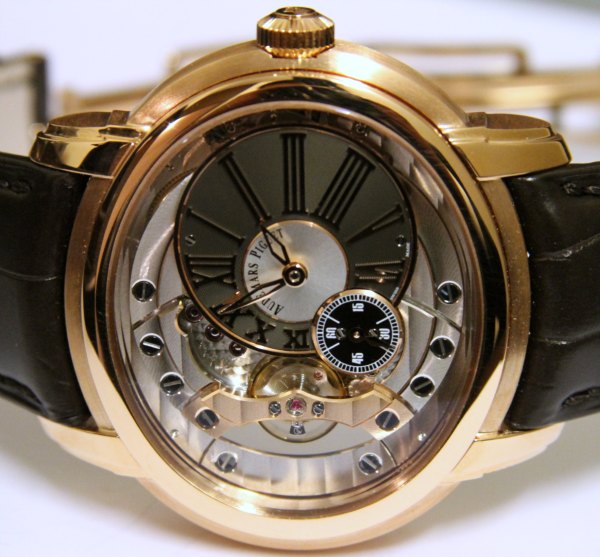 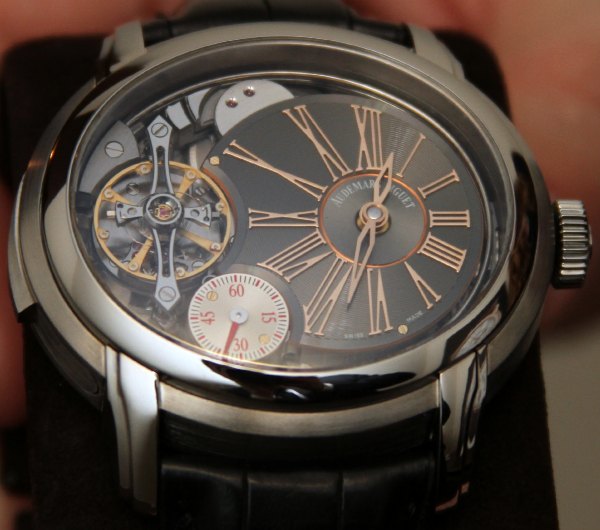 The case is 47mm wide by 42mm tall – a nice size that allows you to properly appreciate the movement design. Next to the off-centered time dial is a subsidiary seconds dial that is a nod to the ‘parent’ watch. Some complain that the design of the sub seconds dial is too instrumental but that is the exact reason I like it. It is a subconscious reminder that AP is a brand that focuses on design and beauty and well as precision and performance.

For the time being, the watch comes in either a steel case or an 18k pink gold case. The entire execution looks really slick with a fitted black or brown alligator strap. I look forward to seeing one of these on a wrist. Definitely going to be a must-have for any modern AP collector.