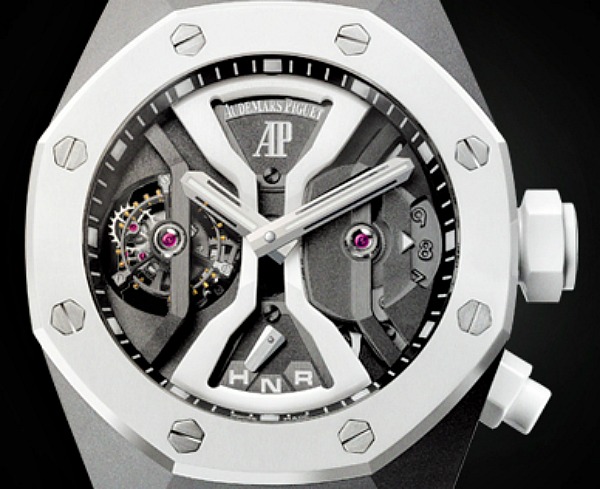 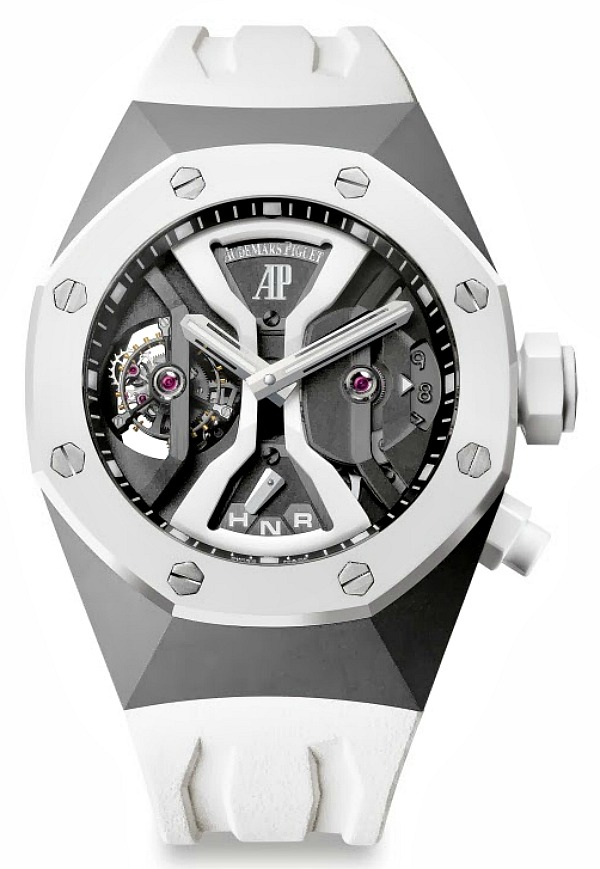 For 2014, the Royal Oak Concept watch by Audemars Piguet makes a return. Originally released in 2002, the Royal Oak Concept was penned as an ultra-modern version of the Royal Oak on the 30th Anniversary of the famed Gerald Genta-designed luxury sport watch. aBlogtoWatch covered the last version of the Royal Oak Concept GMT Tourbillon in 2011 here. The 2014 version is more “summery” than any of the previous models, featuring a titanium case and light white ceramic (for the bezel, crown, pusher, and hourglass-shaped structure on the movement). Inside the watch is the revised original movement with the new Audemars Piguet caliber 2930. The case is 44mm wide but wears quite large due to the large lug structures.

In addition to the modern design, the Royal Oak Concept GMT Tourbillon has some interesting features. There is, of course the tourbillon to the left, and to the right is a GMT disc offering a second time zone. The movement has a long power reserve of 10 days between two barrels. Also, the movement has a function selector combined with a fixed crown. The pusher on the case is used to cycle between the crown being used to wind, set the time, or be in a neutral position. While no price has been announced yet for the 2014 version, the last Royal Oak Concept GMT Tourbillon watch retailed for $213,300. audemarspiguet.com 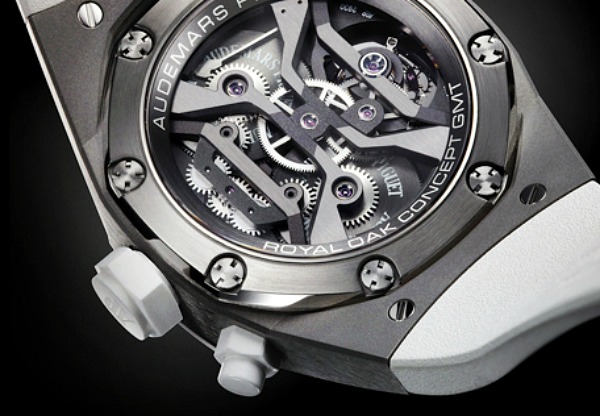