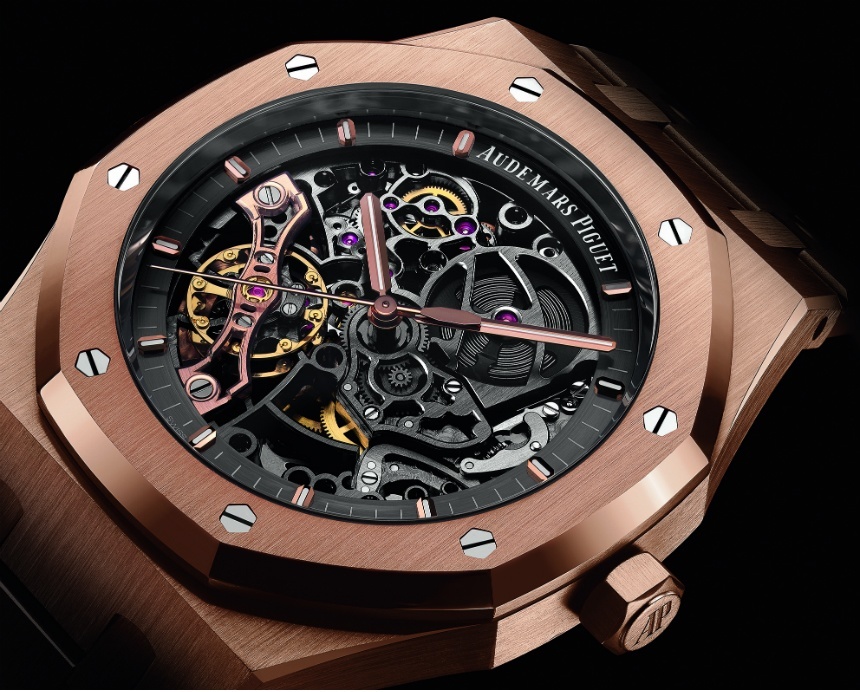 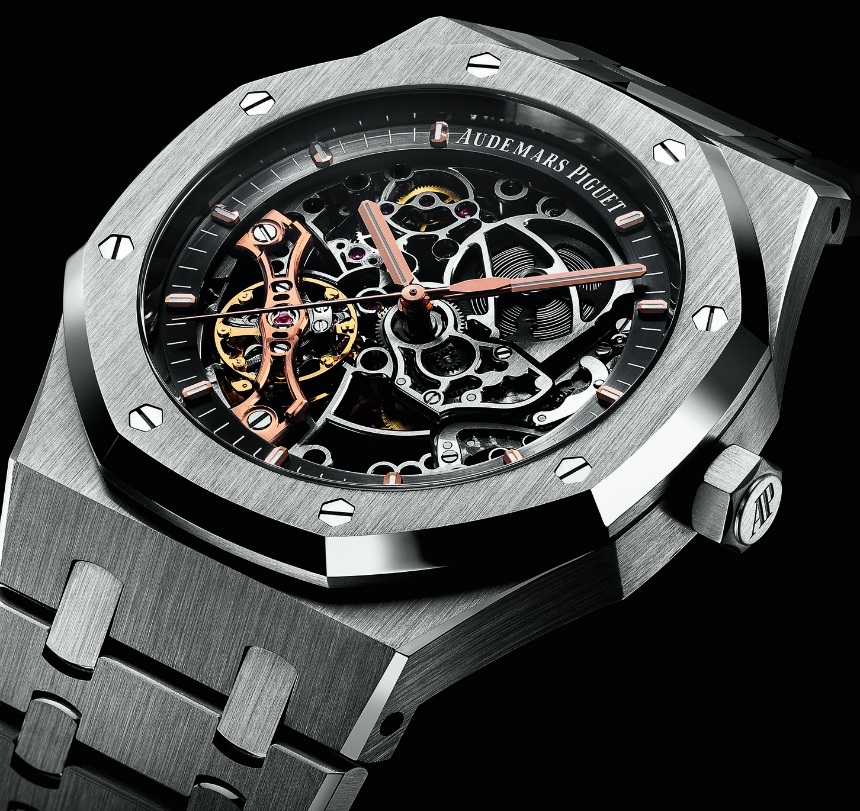 I haven’t even seen the watch yet and already know that it is going to be one of my favorite new releases at SIHH 2016. Combining the majesty of the Royal Oak case and bracelet design with an innovative new movement and the visual splendor of skeletonization, this is the Audemars Piguet Royal Oak Double Balance Wheel Openworked watch – and it comes in both 18k pink gold and steel. 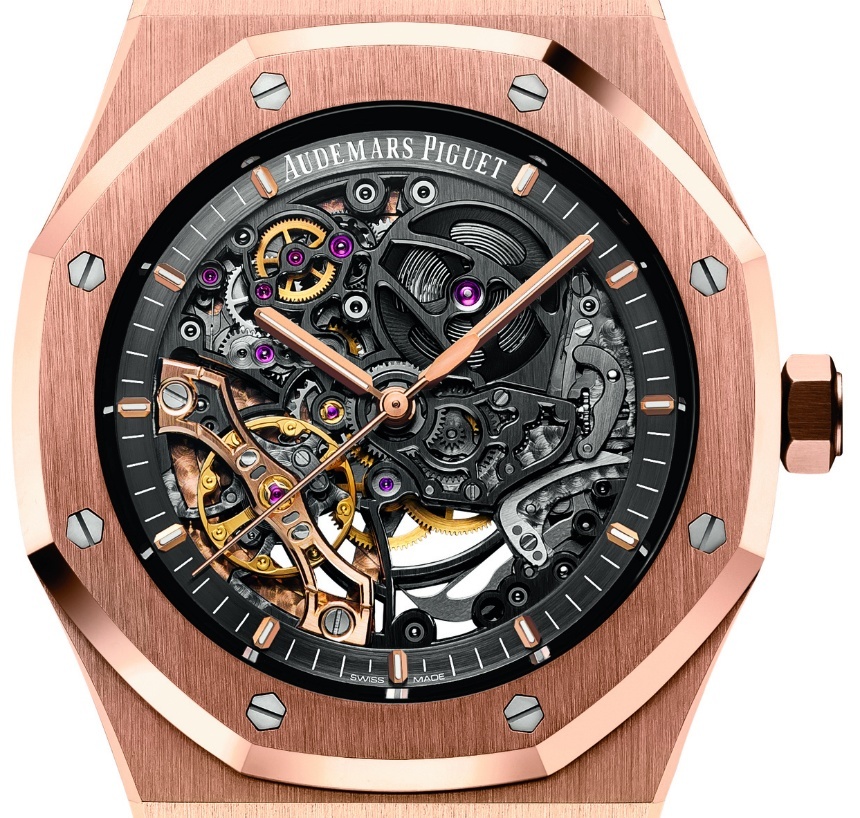 Audemars Piguet prefers the term “openworked” to “skeletonization” but each means the same thing. There are a lot of openworked watches released from Audemars Piguet this year in 2016, and that is good because the traditional Swiss brand is great at it. Of course, this isn’t the first skeletonized Royal Oak watch to be released – not even close. To see an entirely different style of Audemars Piguet Royal Oak skeletonized watch, see this 2012 Extra Thin Openworked model here. 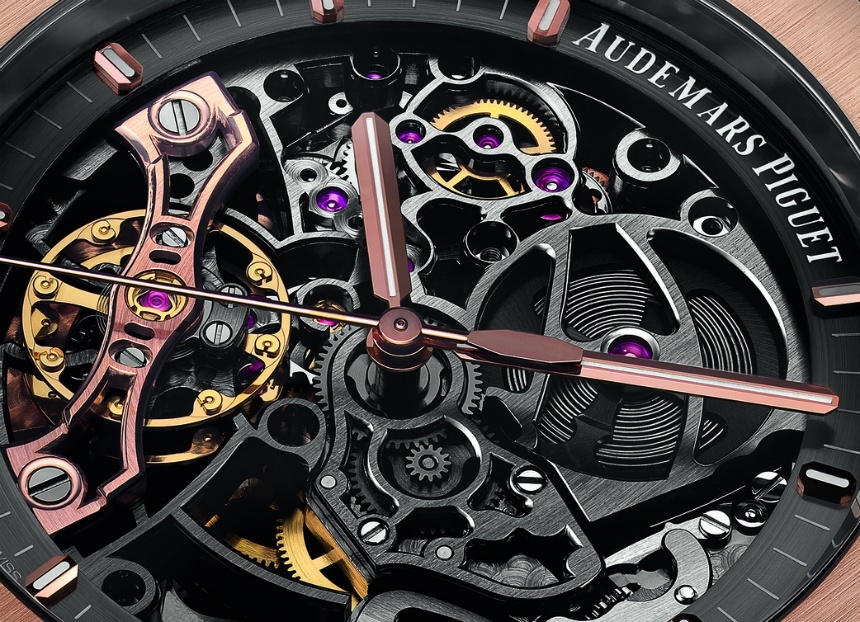 Pretty skeletonization aside, the “open” view of the movement in this new Audemars Piguet Royal Oak Double Balance Wheel Openworked watch makes sense, as Audemars Piguet is using the decorative technique as a means of showing off the guts of their new in-house made calibre 3132 automatic movement.

The entire point of the 3132 is to increase accuracy, and for this new movement, Audemars Piguet applies a unique concept by producing a double-sided balance wheel structure. When we follow-up with a hands-on post later, we ideally will get more information on the operation of this interesting system as well as details on really how much the double balance wheel system improves accuracy and overall performance. 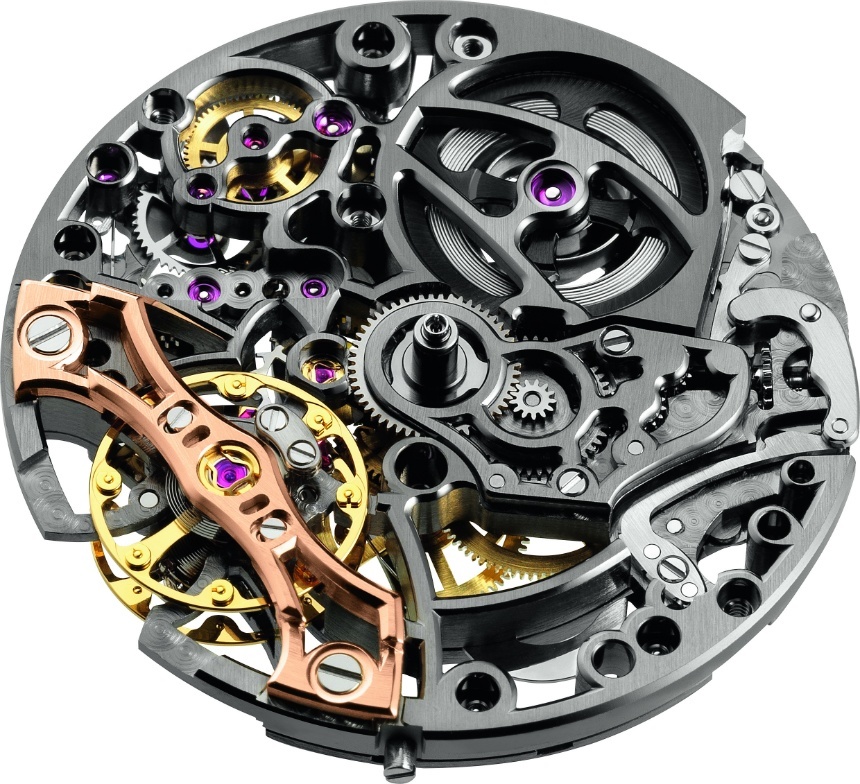 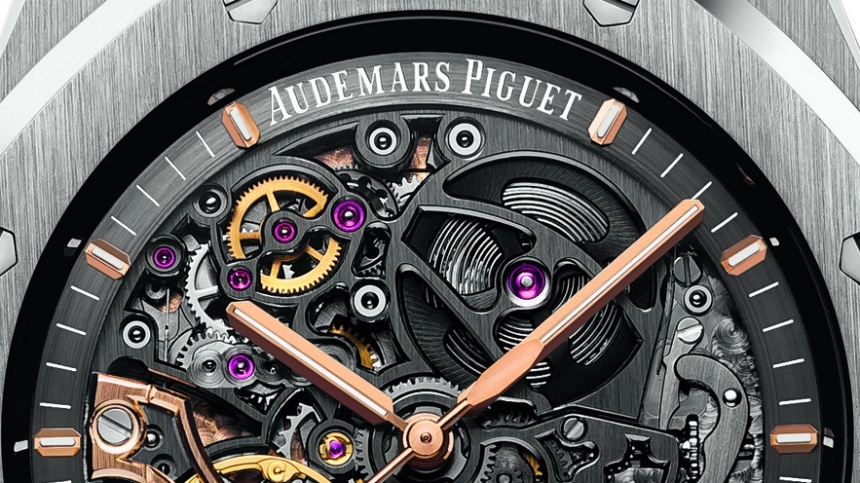 Other watches out there have attempted to increase accuracy by having two (or more) distinct balance wheels on the movement which operated in tandem but separately. The notion in those movements is the the rate results of each are combined, thus leading to an average rate which is theoretically more accurate as a result. The Audemars Piguet Dualbalance takes a different approach by trying to create increased rate stability in a single system rather than trying to average out the results of two distinct operating balance wheels.

There have also been single balance wheel systems with dual hairsprings, which are thematically similar in their intended results to reduce the effects of error and maintain rate performance stability over time. The Audemars Piguet Dualbalance, however, takes the ultimate next step by creating a single structure with two balance wheels and two balance springs. I look forward to viewing this novel system in operation as well as hearing about how its accuracy is an improvement on more traditional single balance wheel systems.

Very attractive in its design, the calibre 3132 is also an automatic with 45 hours of power reserve operating at a frequency of 3Hz (21,600 bph). It is produced from 245 parts and, of course, in this execution is richly “openworked” and hand-decorated. Notice the 18k pink gold balance bridge which is a welcome aesthetic feature. On the dial, both the steel and pink gold version of the Royal Oak Double Balance Wheel Openworked watches have pink gold hands and hour markers.

For the case, Audemars Piguet uses their 41mm-wide Royal Oak case (water resistant to 50 meters) and I am quite curious as to how thick it is. The Dualbalance system no doubt adds some thickness, but I am not sure how much. My instincts tell me that any added size would be marginal at worst. 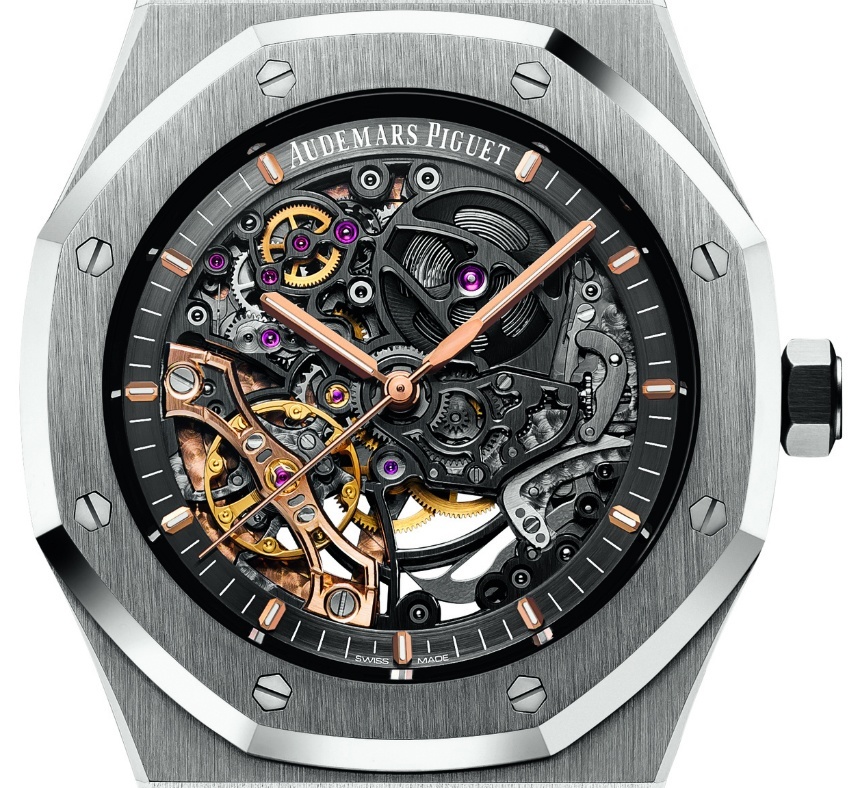 As mentioned above, the combination of the appeal of the Royal Oak watch and a beautiful accuracy-focused movement with useful new technology should make the Audemars Piguet Royal Oak Double Balance Wheel Openworked watch particularly appealing to watch enthusiasts. This is more of what Audemars Piguet should be doing, and I am sure the brand’s fans will reward the company with lots of interest. My only hope is that deliveries of these models not be too long after SIHH 2016, as it is not uncommon for new movements such as this to experience shipping delays given the testing and production of novel parts and concepts.