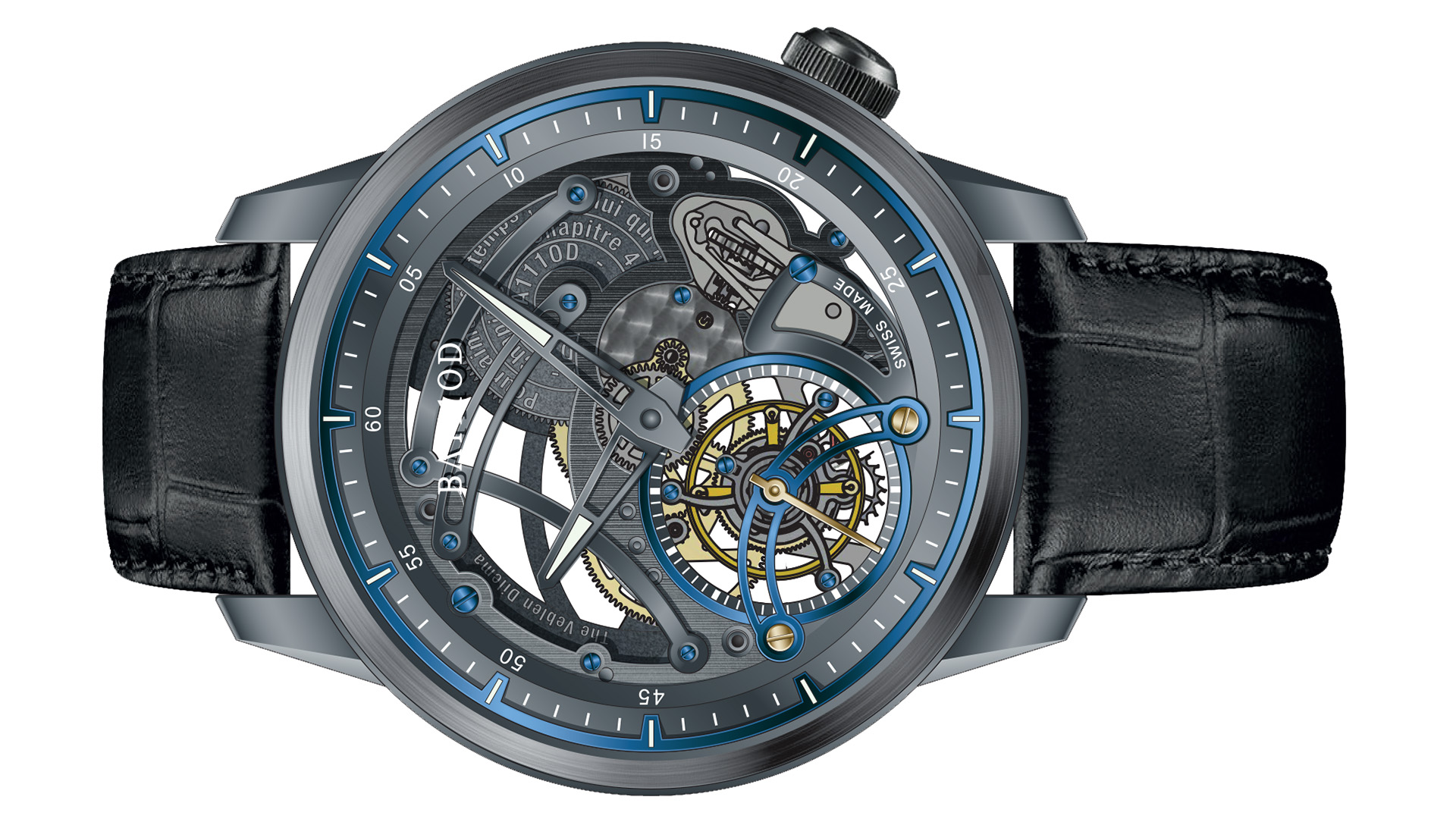 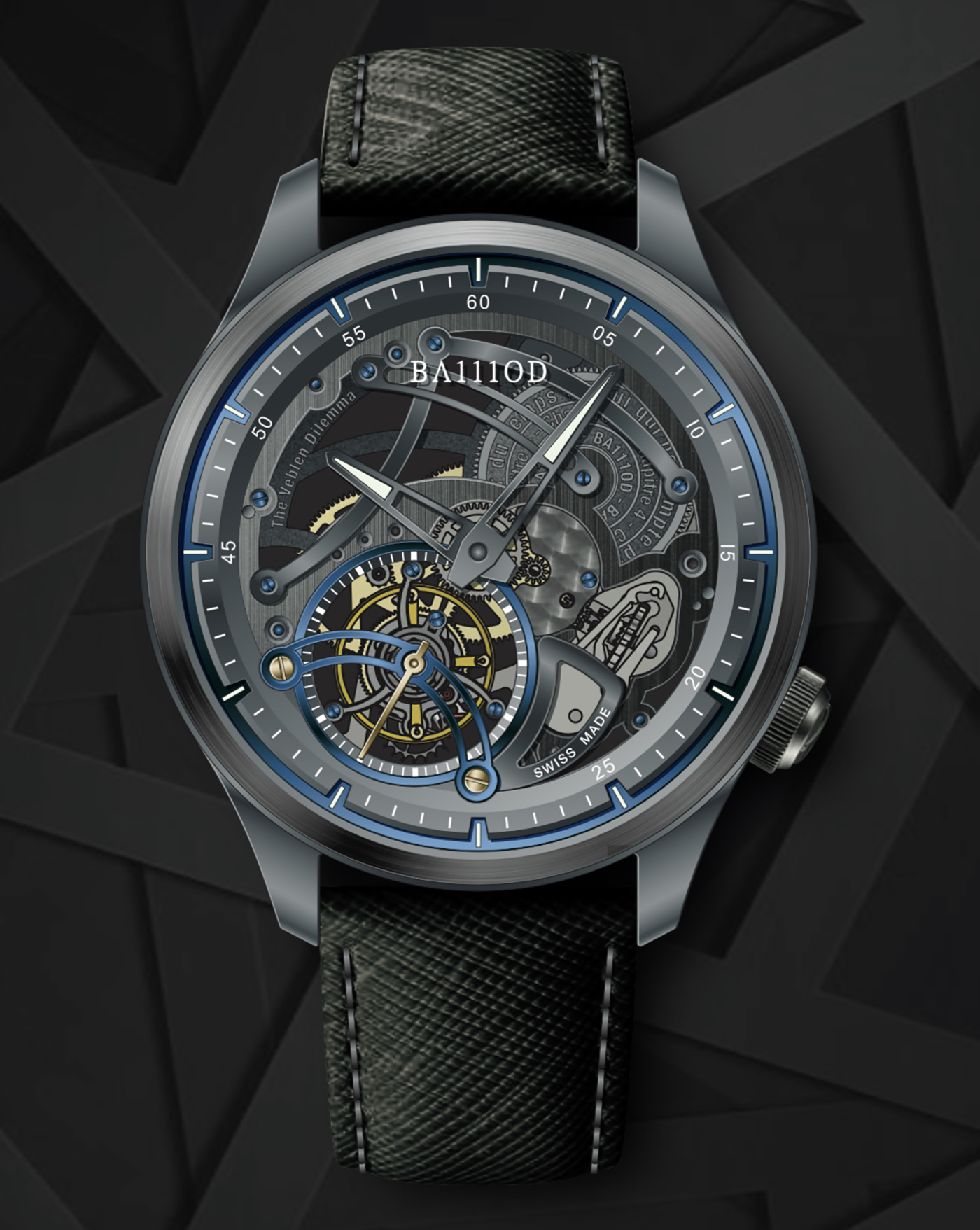 Despite being one of the most desirable complications in watchmaking, the complex and difficult-to-manufacture tourbillon has generally been relegated to the upper echelons of luxury watchmaking. More recently, Chinese-made tourbillon movements have begun to enter the market at a roughly $1,000 price point, but those enthusiasts looking to own a Swiss-made tourbillon watch without paying deep five-figure prices have been out of luck — until now. Independent brand BA111OD has announced its plan to bring Swiss tourbillons to the masses with its latest project, and although the watch looks to be still in development, the brand’s plans are undeniably exciting. With a new Swiss-made tourbillon movement, impressive performance numbers, and an intricate modern skeleton look, the new limited-edition BA111OD Chapter 4 aims to offer a truly refined and reliable tourbillon experience at a price below 4,000 Swiss francs.

Measuring in at 43mm, the lightweight Grade 5 titanium case of the BA111OD Chapter 4 takes on a simple modernist form. The design’s classic sporting lugs and narrow sloping bezel keep visual focus squarely on the skeleton movement within, but the case itself is not without its own charms as well. The unguarded 4 o’clock crown is one of these, giving the case a touch of playful asymmetry in images, but the most distinctive trait by far is the gunmetal gray DLC finish. This scratch-resistant coating should give the final watch a more modern, aggressive character while tying in neatly to the darker bridges of the movement. BA111OD fits the Chapter 4 with a display caseback and rates the watch for a somewhat underwhelming 50 meters of water resistance. 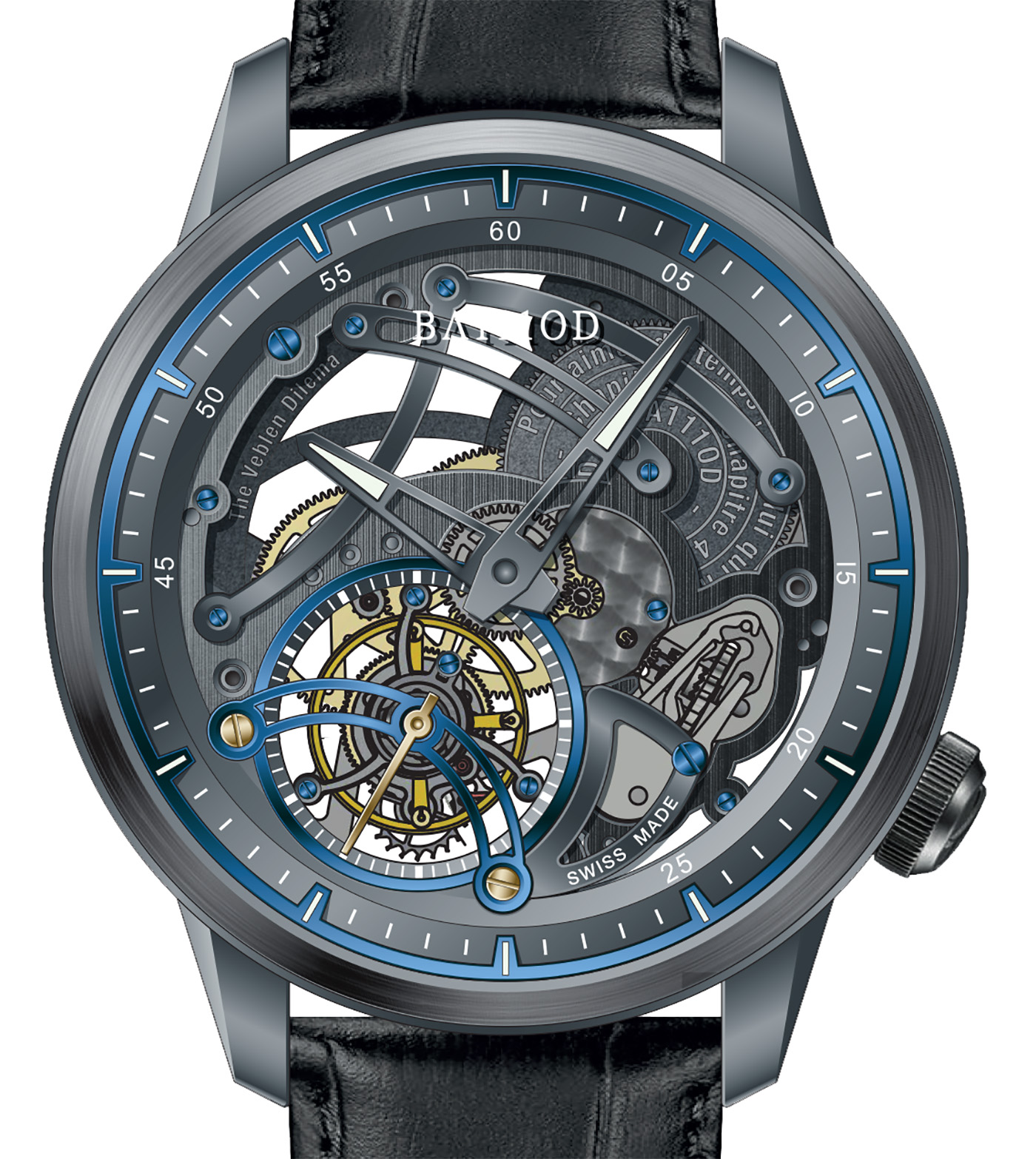 The skeleton dial of the BA111OD Chapter 4 serves primarily as a showcase for its new tourbillon movement, but its clever use of color keeps things reasonably legible for a skeleton design. BA111OD deftly directs the eye to both the 7 o’clock tourbillon and the raised outer minutes track with the use of deep anodized blue, both working in concert with the skeleton dauphine handset and creating a modernist two-tone look. While thin sweeping skeleton bridges dominate the top half of the dial in images, the view on the 6 o’clock half of the dial is far more heavily populated in images. Rounded bridges bulge out to surround elements of the gear train in gunmetal gray frames, before hemming in on the Chapter 4’s signature element at 7 o’clock. BA111OD is obviously proud of this new tourbillon in initial images, highlighting it with an arching blued bridge in images and giving over slightly less than a third of the dial area’s total real estate to its intricate workings. BA111OD even gives this intricate new escapement a name – “The Veblen Dilemma,” engraved on a movement plate at 10 o’clock. As a reference to economist Thorstein Veblen’s famous theory of demand for luxury goods increasing alongside price, it’s a clever mission statement for the watch, aiming to break the chain of ultra-luxury tourbillon pricing and bringing this textbook Veblen good to a much wider audience. It’s an ambitious endeavor, to be sure, but initial details from the brand appear promising. 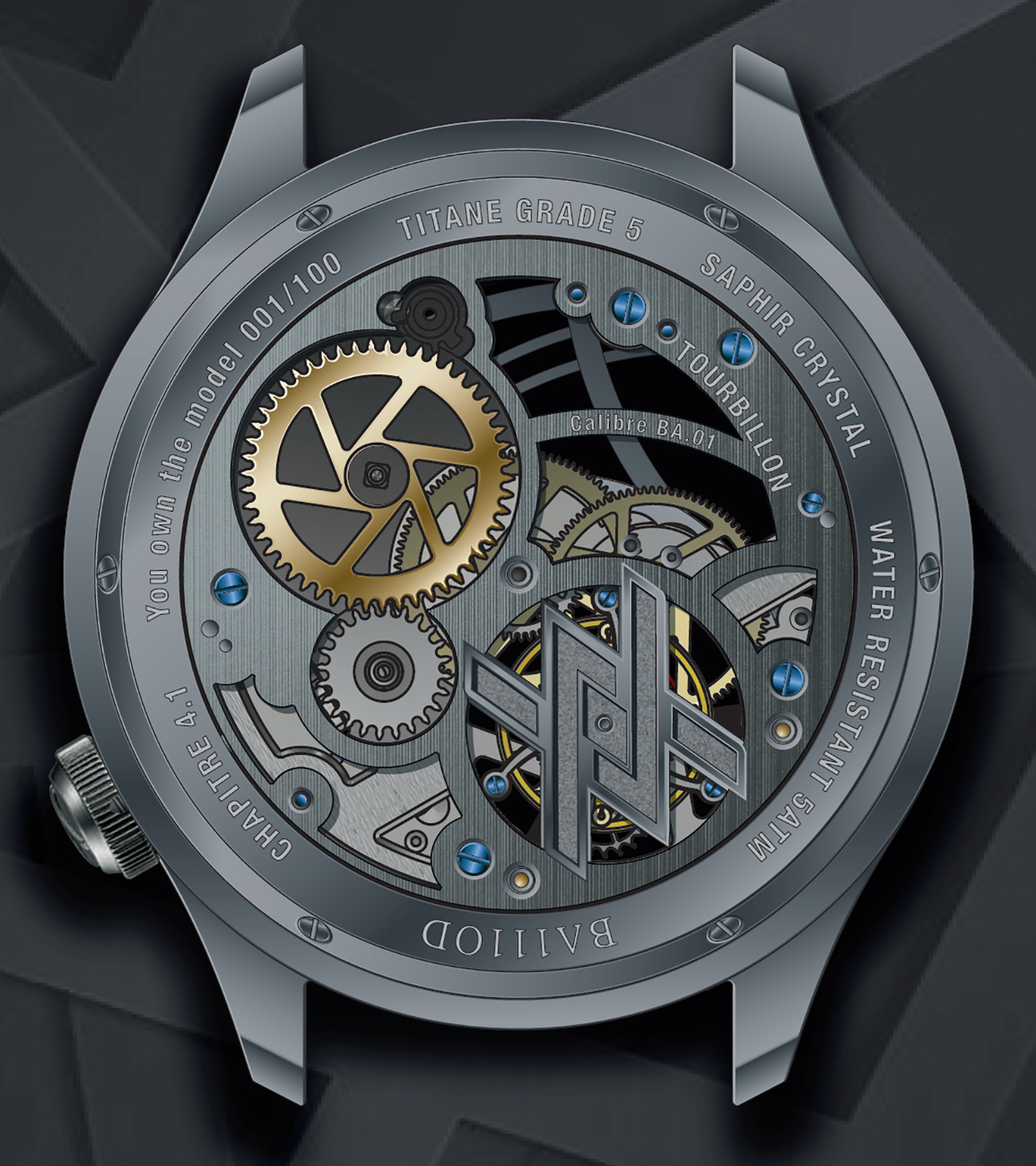 BA111OD has partnered with famed expert watchmaker Olivier Mory to develop Mory’s BCP Tourbillon movement into the Chapter 4’s new hand-wound BA.01 tourbillon powerplant. The view from the caseback side of this new movement looks to be simpler and more solid, anchored visually by the BA.01’s massive mainspring barrel and the interlocking V-motif of the tourbillon’s baseplate. The BA.01’s performance figures are nearly as impressive as its price, with BA111OD claiming over 5,000 G of shock resistance alongside a massive 105-hour power reserve at a 21,600 bph beat rate. BA111OD finishes the Chapter 4 with both a black alligator leather strap and a textured black saffiano leather strap in images and equips both with an NFC emitting chip for “smart strap” functions such as one-touch payment. 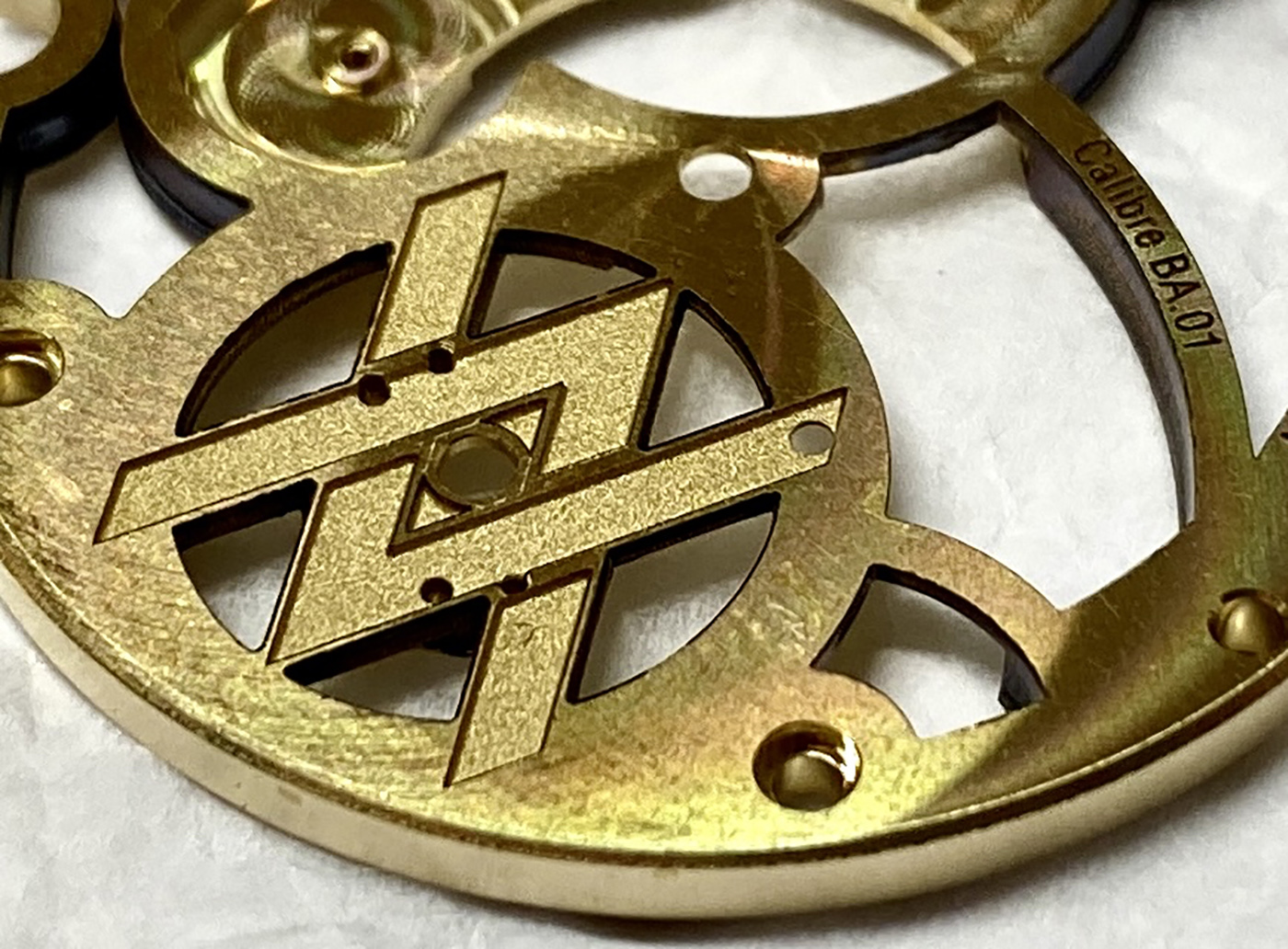 Introducing a truly Swiss-made tourbillon movement at a mass-market luxury price point is nothing short of a herculean task, but the limited edition BA111OD Chapter 4 aims to do nothing less. While the watch appears to still be under development, the concept is undeniably impressive, and could potentially have an outsize impact on the future of tourbillon escapements. Only 220 examples of the BA111OD Chapter 4 will be made, and the watch is available for pre-order now directly through the brand at an MSRP of 3,920 CHF. For more details, visit the brand’s website.