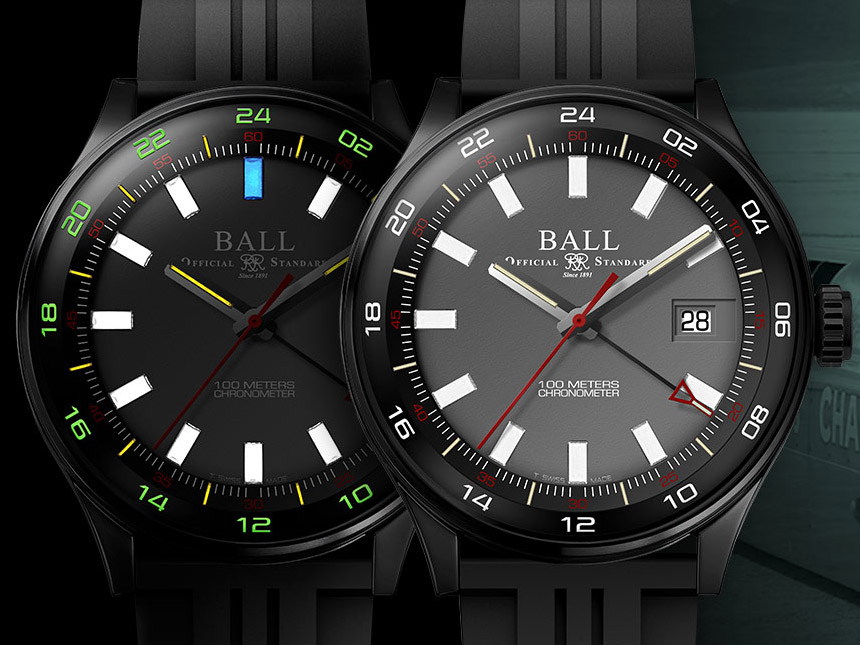 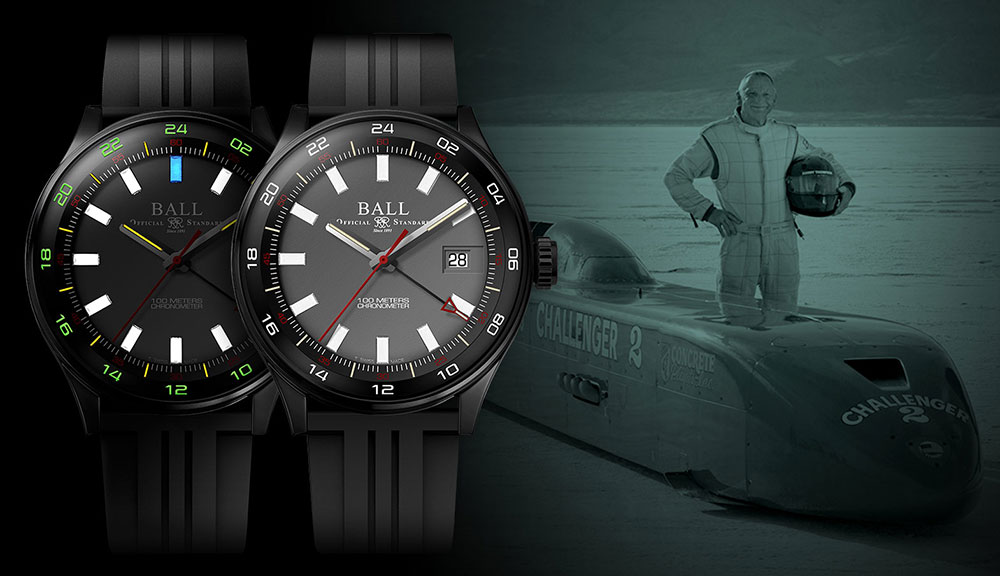 Ball has launched a new pre-order campaign that will be available online until May 28th. The Ball Watch Company Roadmaster GMT is a nod to Ball explorer Danny Thompson. Danny devoted his life to motorsports—racing first in the motocross category and then switching to cars. It’s a career path that followed his dad, Mickey Thompson, also known as the “Speed King.”

Not willing to resign, Mickey’s son, Danny, decided to complete his family’s legacy by bringing the Challenger 2 back to life. In 2016, back on the famed flats, Danny joined the 400 club behind the wheel of the Challenger 2 with an official time of 406.7mph—a new national record for a piston-powered vehicle. For Danny, the feat was more than 50 years in the making, driven by the passion to fulfill his dream. This August, Danny will roll out the Challenger 2 once again, as he chases more records in what could be the fastest encore of all time. Inspired by Danny Thompson’s determination and passion, Ball developed the limited edition Roadmaster GMT. While creating the case, Ball’s designers sought to incorporate the aerodynamic elements of the rocket-shaped streamliner. The result? A sleek 42mm case with sharp curves that truly stands out and still allows for a comfortable fit. A blue ring representing the color of the Challenger 2 has been precisely placed on the crown while the design of the transparent case back resembles its exhaust. 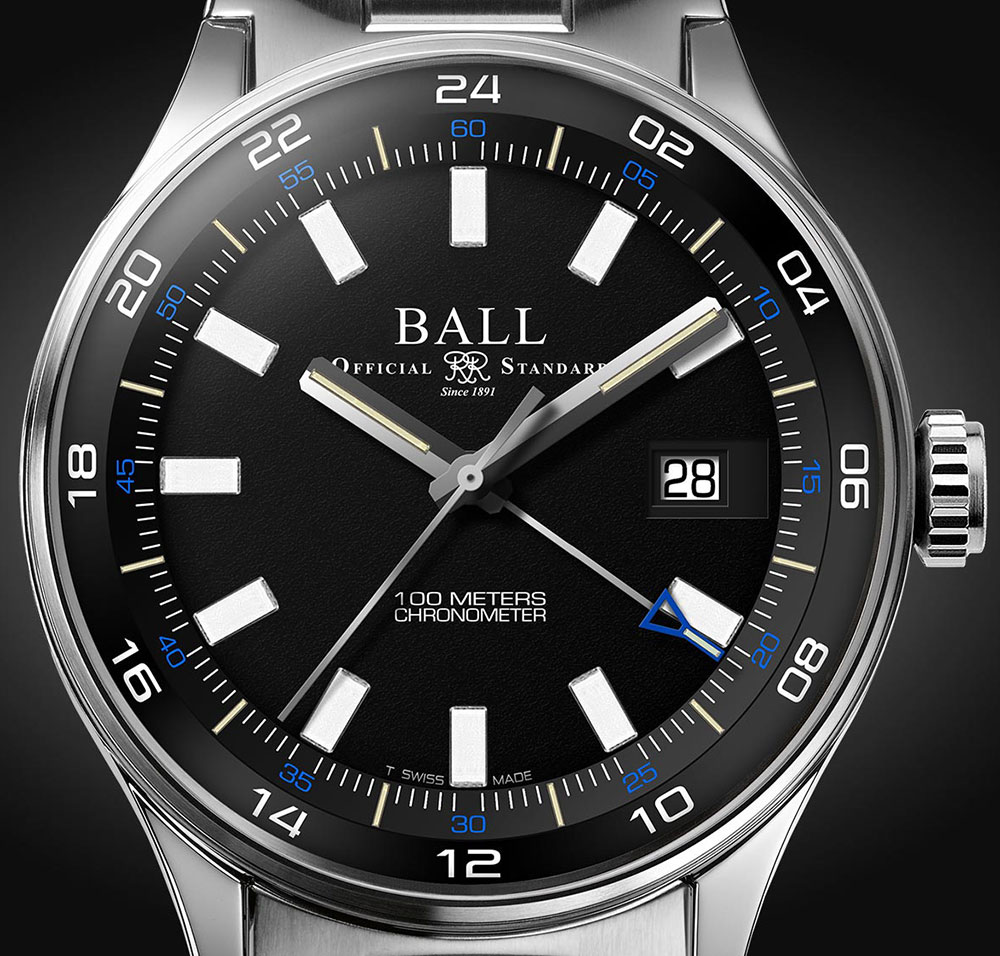 Featuring colorful micro gas lights for extreme readability and aerodynamic curves, it is the only watch to boast a GMT inner bezel illuminated by self-powered micro gas tubes. The H3 micro gas tubes give the timepiece incredible readability in the dark and don’t require any external source of power. These micro gas tubes are also featured on the rest of the dial and the hour, minute, and GMT hands. The contrast between the thin numbers on the 24-hour GMT bezel and the extremely wide tubes used for the indexes, as well as all the different colors, add balance to the watch in the dark and create an amazing visual impact. 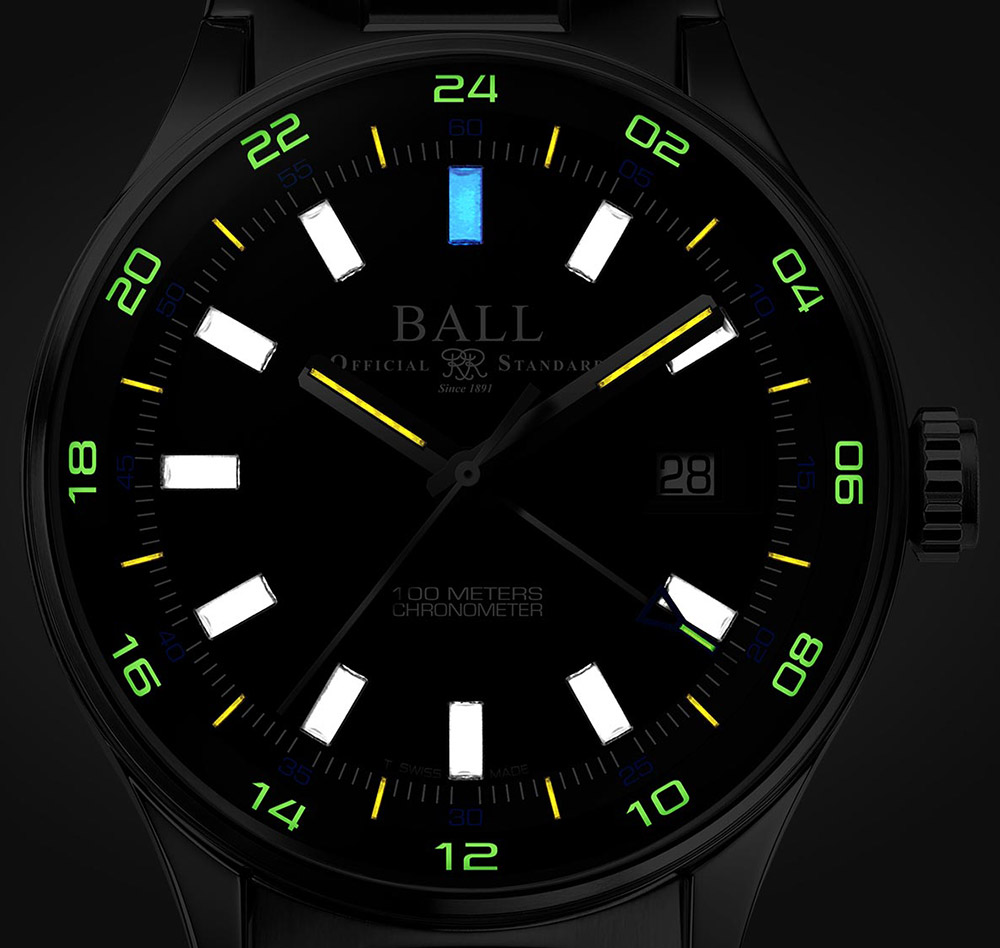 Every Ball Roadmaster GMT is equipped with a chronometer-certified movement, allowing for a better accuracy. To secure this accuracy, Ball added its patented Amortiser® system to the timepiece’s movement. This system consists of a ring surrounding the movement that absorbs external shocks. The Ball Roadmaster GMT is offered with a black or grey dial with a 42mm stainless steel or DLC (Diamond-Like-Coating) case. 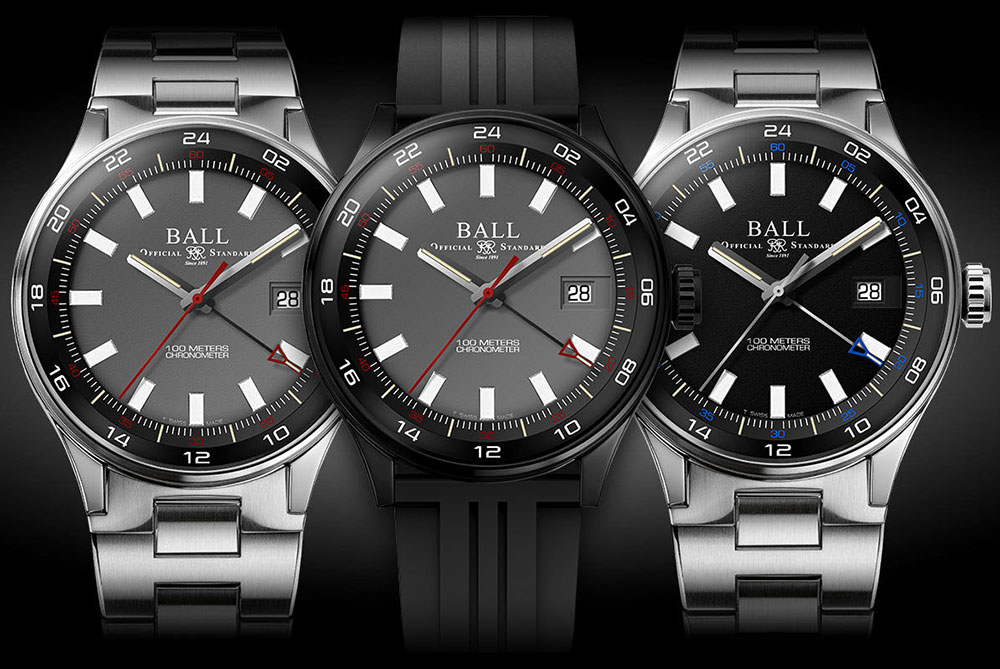 Available in a limited run of 1,000 pieces, customers can pick their limited-edition number and personalize their watch with an engraving. The Ball Roadmaster GMT is available at an exclusive pre-order price on Ball’s online shop until May 28th. Pre-orders will ship between August and September, and the pre-order price in the US is $1,659. ballwatch.ch