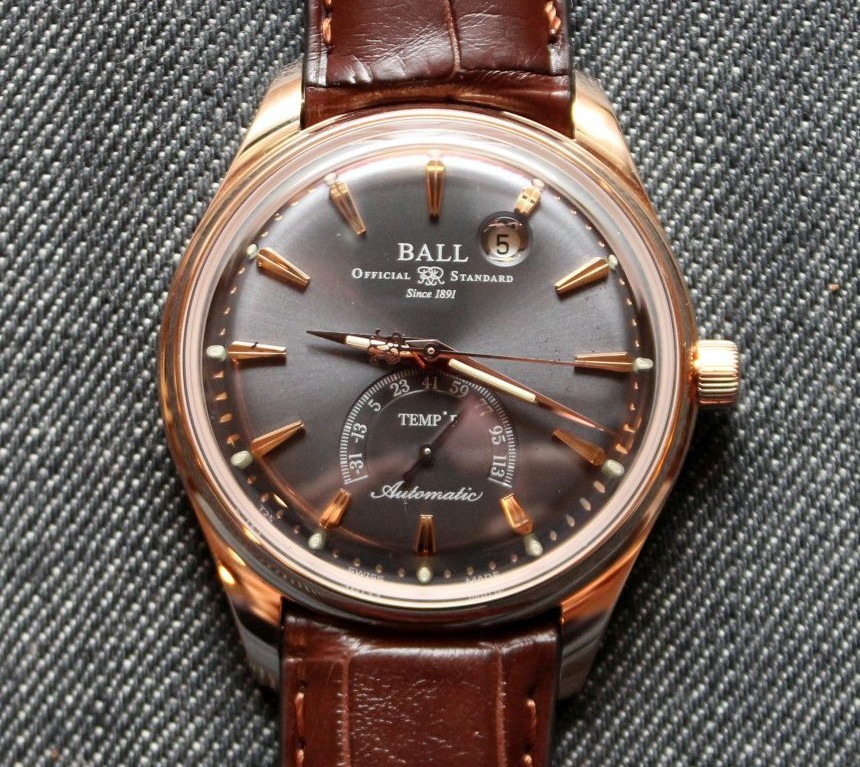 If I were to chart out the brands I have been spending time with over the last 6 months or so, Ball – while certainly not all alone – would likely be up at around the top of that list. This is mostly due to the sheer variety of watches they have put out lately, which makes it rather easy for me to find something that matches my taste. Today, we’ll take a look at a piece that features one of the more unique complications I have seen from them, in the form of the Ball Trainmaster Kelvin watch.

On the surface of things, this watch looks like just another dressier piece that has had tritium tubes applied. A closer look shows us that things are a bit different, at least from other Ball watches I’ve seen. 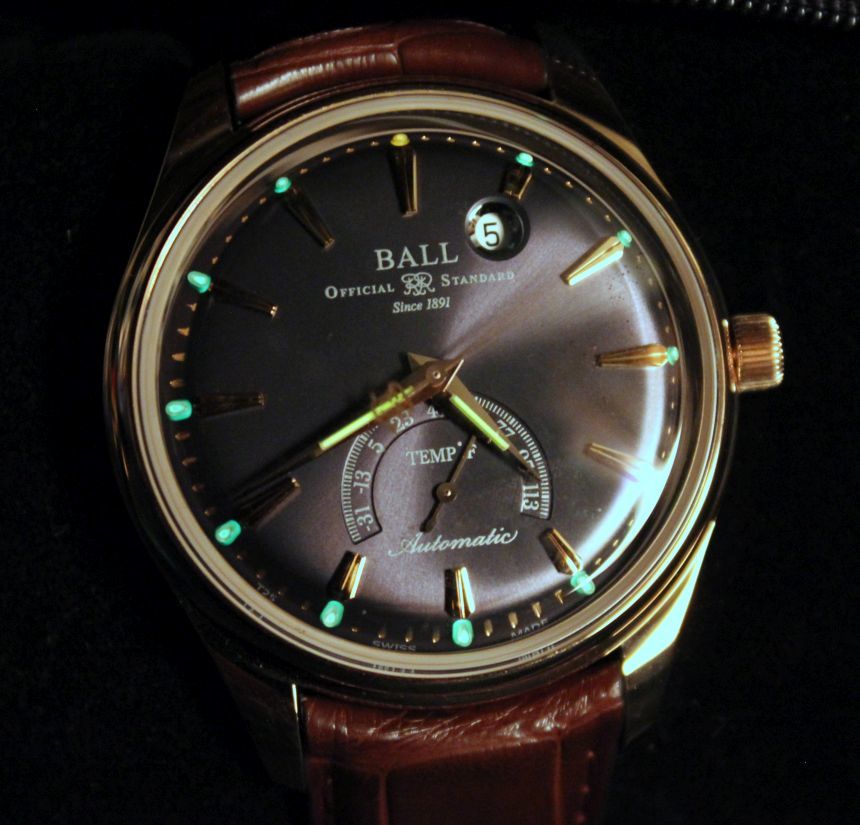 For starters, take close look at the tritium tubes that mark out the hours. In actuality, these should be called pips; you have somewhat oval markers (in tritium) that match the applied minute markers around the edge of the dial. Of course, Ball being Ball, these are mostly in green, but then you have an orange pip at 12 o’clock, with a more yellow hue showing up on the handset.

Then we have the matter of the third hand on the watch, the one down at 6 o’clock. This is actually a mechanical thermometer. Sure, this is more of a “gee whiz” complication than anything highly practical, but it is a fun one to see in play. As with any other watch that has a thermometer, your own body heat will throw things off. If you want to know the temperature of a room, you’ll need to take it off your wrist for a bit. 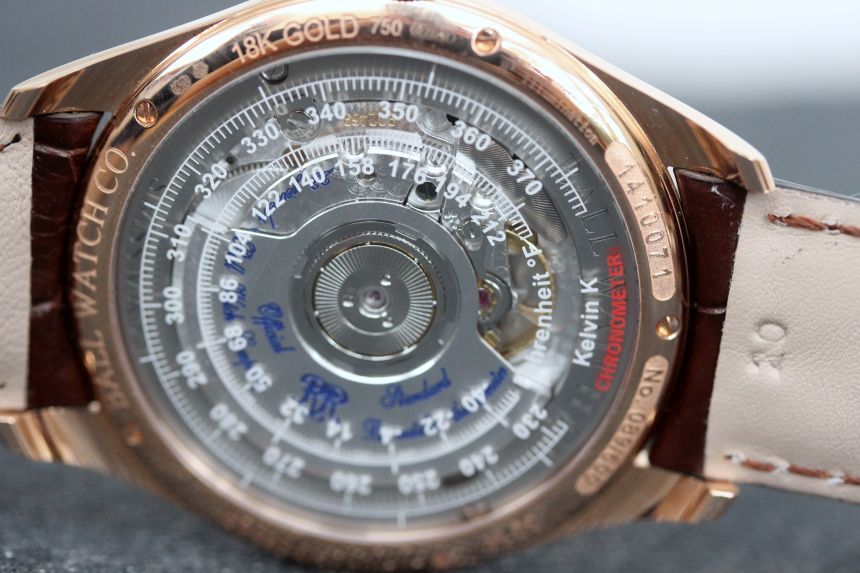 That thermometer is how the name Kelvin got attached to this Trainmaster model. Of course, Lord Kelvin is why we have the Kelvin temperature scale. The sapphire exhibition caseback also lays claim to temperatures, with scales printed on there to help you go from Kelvin to Fahrenheit – or Celsius, if that is the model you opt for. I do wonder if it would have been possible to fit all three scales on there at the same time and/or to print these scales on a tinted or “smoked” sapphire case back, improving the legibility of the white scales.

Now, we did inquire as to how, precisely, the mechanical thermometer works within the watch. Unfortunately, we were not able to ferret out any details from the brand, nor were we about to open up the case to go on a treasure hunt. If I had to hazard a guess, it likely involves something involving a bi-metal strip that expands and contracts in response to the temperature (i.e. like what was found in the old mercury-capsule thermostats).

The other twist the Ball Trainmaster Kelvin has for us shows up on the dial side, in the placement of the date window. It shows up at the 2 o’clock position, which I do not know that I have ever seen before. As far as layouts go, it’s ok enough, and it keeps from seeming like things are crowding in on the temperature display. 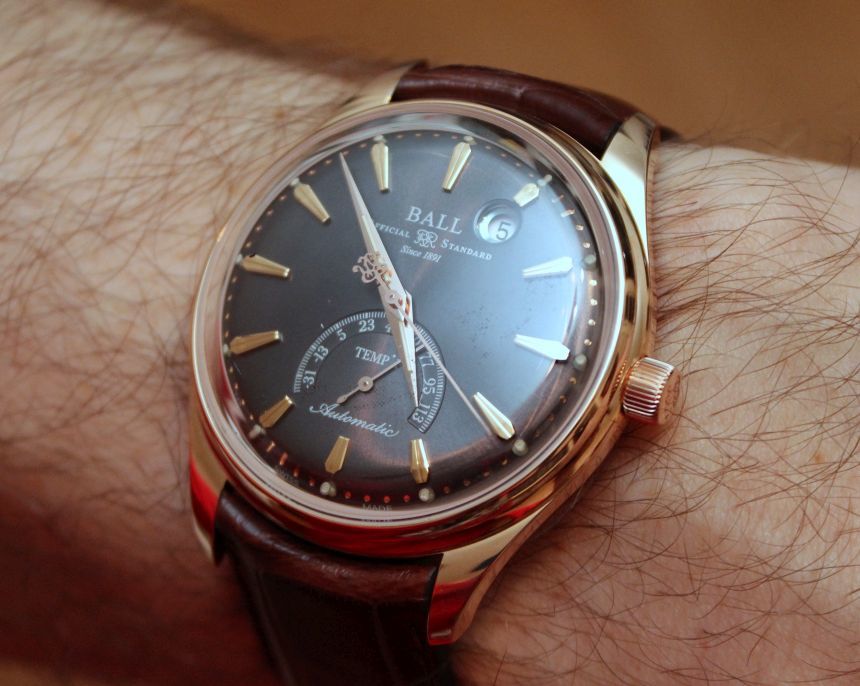 If we ignore the thermometer for a minute, you can plainly see that the watch is very much a dress watch, especially with the dark grey dial we had in for review (you can also get it with a white dial). The 39.5mm wide and 10.5mm thick case is made from 18k rose gold, and features a very high polish on it.

The amount of metal making up the case is actually pretty minimal, between the exhibition caseback and the tall, domed sapphire crystal that covers the dial. So, while the gold certainly catches light, it’s not overly flashy, which I appreciated. I also rather liked that domed crystal, as it is reminiscent of the domed plexiglass that older watches often had, and it works well with the smaller case. 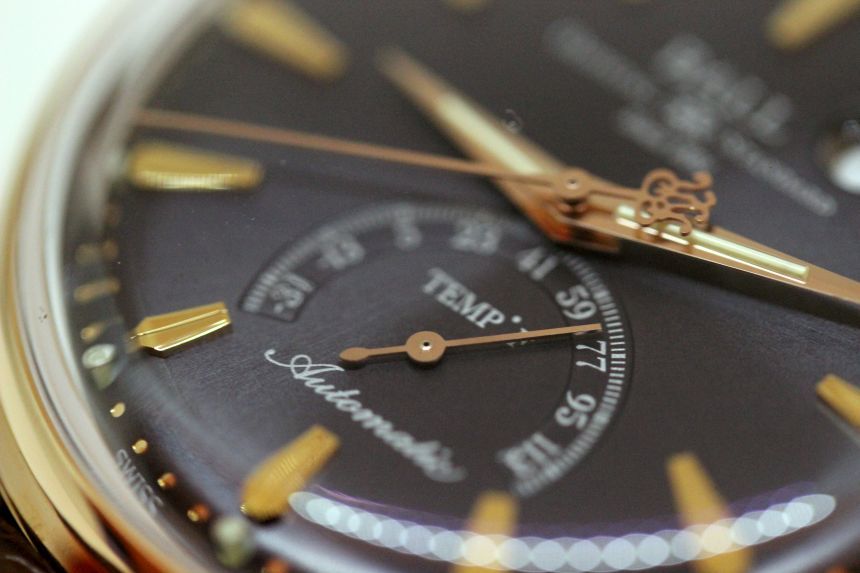 Wearing the watch was quite a treat. In terms of visual style and sizing, this is a watch that just clicks for me on a variety of levels. Simply put, when it comes to “smaller” watches like these, I really appreciate clean, almost vintage, styling. The crocodile leather strap works thematically, and it fit well right away. This is not a watch that will weigh you down either, coming in at 74g on the scale.

As the Ball Trainmaster Kelvin is a limited-edition model (only 600 pieces will be offered), plus with the use of rose gold, it should not be a surprise that the watch commands a premium. If, instead, you want something without the temperature complication (obviously the big draw on this model), the Trainmaster One Hundred Twenty or Eternity may fit the bill. 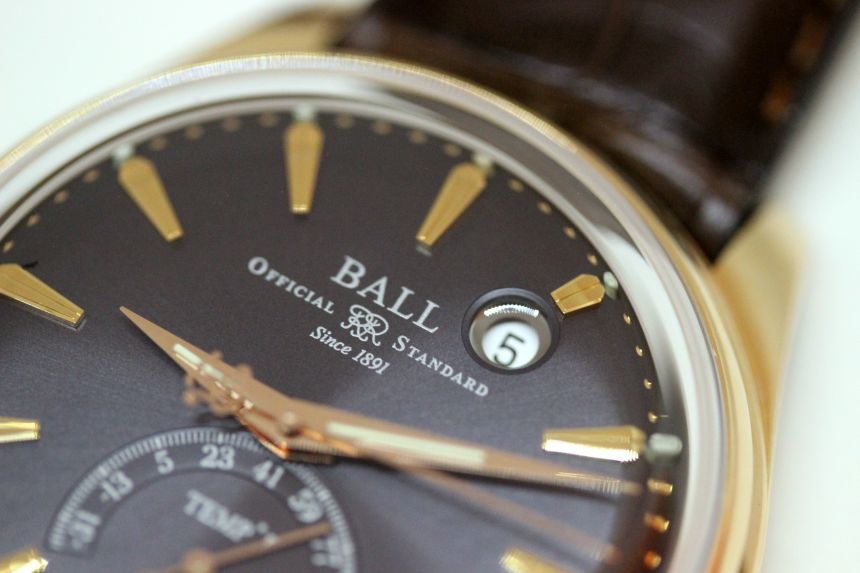 An obvious comparison for the Ball Trainmaster Kelvin would be the Breva Genie 01 watch, as that is also one that concerns itself with monitoring weather-related metrics, in this case, barometric pressure. While the two watches share that in common, they are of course much different beasts. While the Ball Trainmaster Kelvin aims for more of a refined, dress-watch feel, the Breva instead goes for a very large-and-in-charge attitude, showing off its meteorological bits and bobs. Oh, and of course, the pricing is worlds apart as well, with the Breva coming in at about 20x higher.

Frankly, for my money, a thermometer seems like a more useful readout than a barometer. That said, both are definitely superfluous gadgets, and one could argue that neither belong in a watch. For me, I argue that they do belong there. Perhaps they are not the most practical complications in the world, but I think something like this, which I’ll label as “scientific whimsy” fits like a hand in a glove with our passion for precision micro-machines, and manages to bring some levity – along with a healthy dose of “gee whiz.” 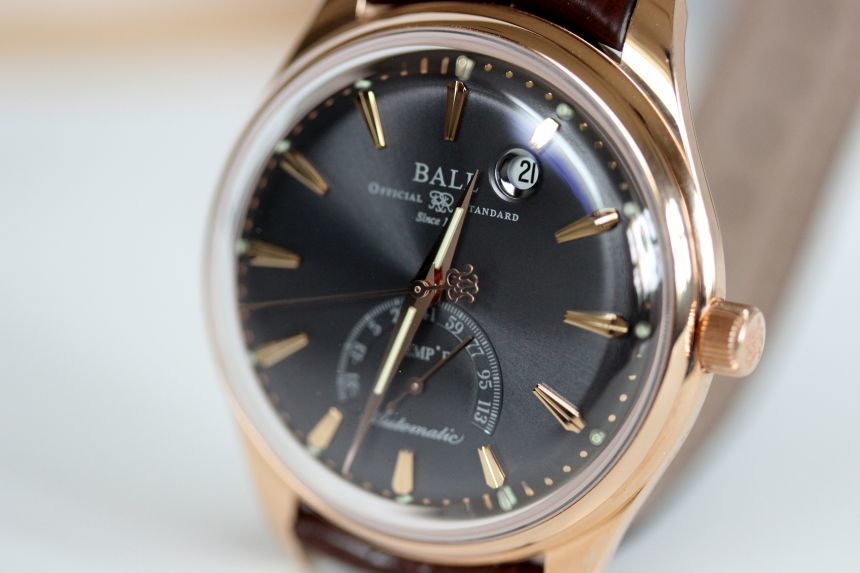 Ultimately, that is what things come down to: how much do you like the thermometer being included? I think it is a neat trick built into a beautifully styled watch, but it is not a complication that is terribly useful to me in day to day situations. In these looks, one of the other models I mention above would probably be a better fit for me, personally. Then again, when a gorgeous watch like the Ball Trainmaster Kelvin offers something out of the ordinary, well, that may just be worth the price of admission. Price for the Ball Trainmaster Kelvin is $8,499. ballwatch.com