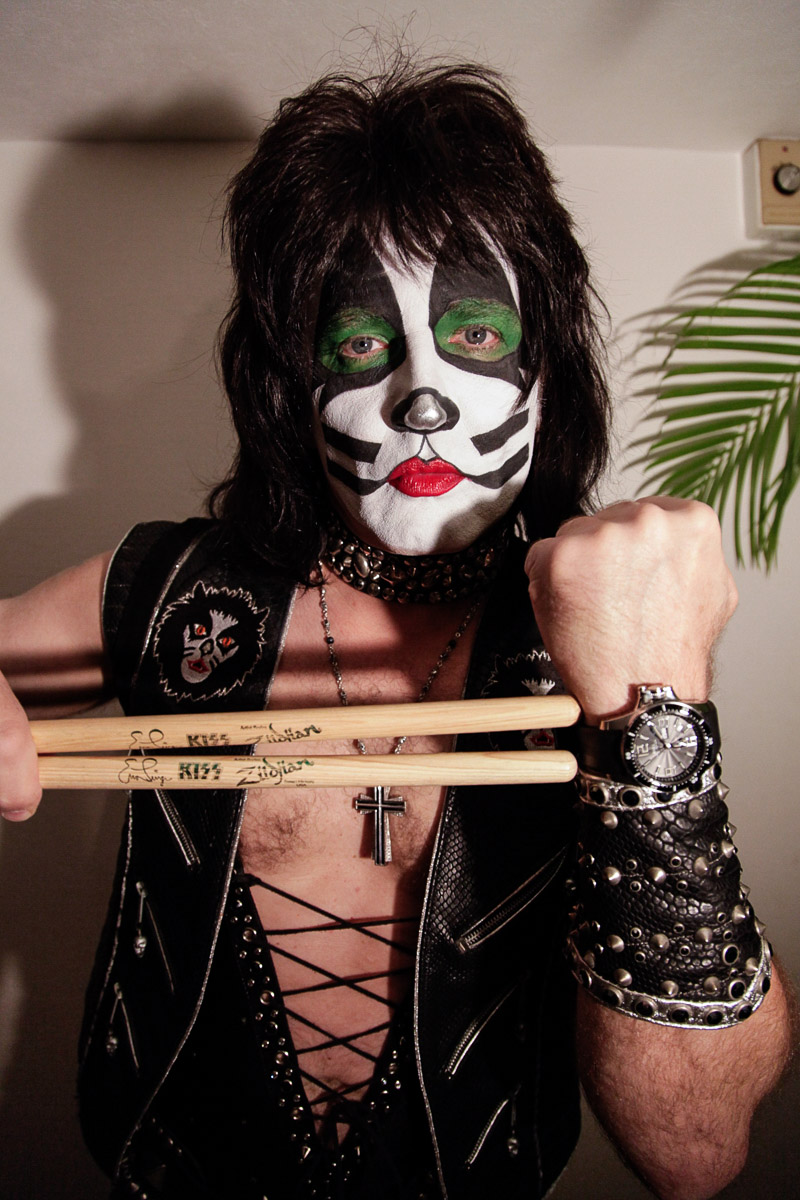 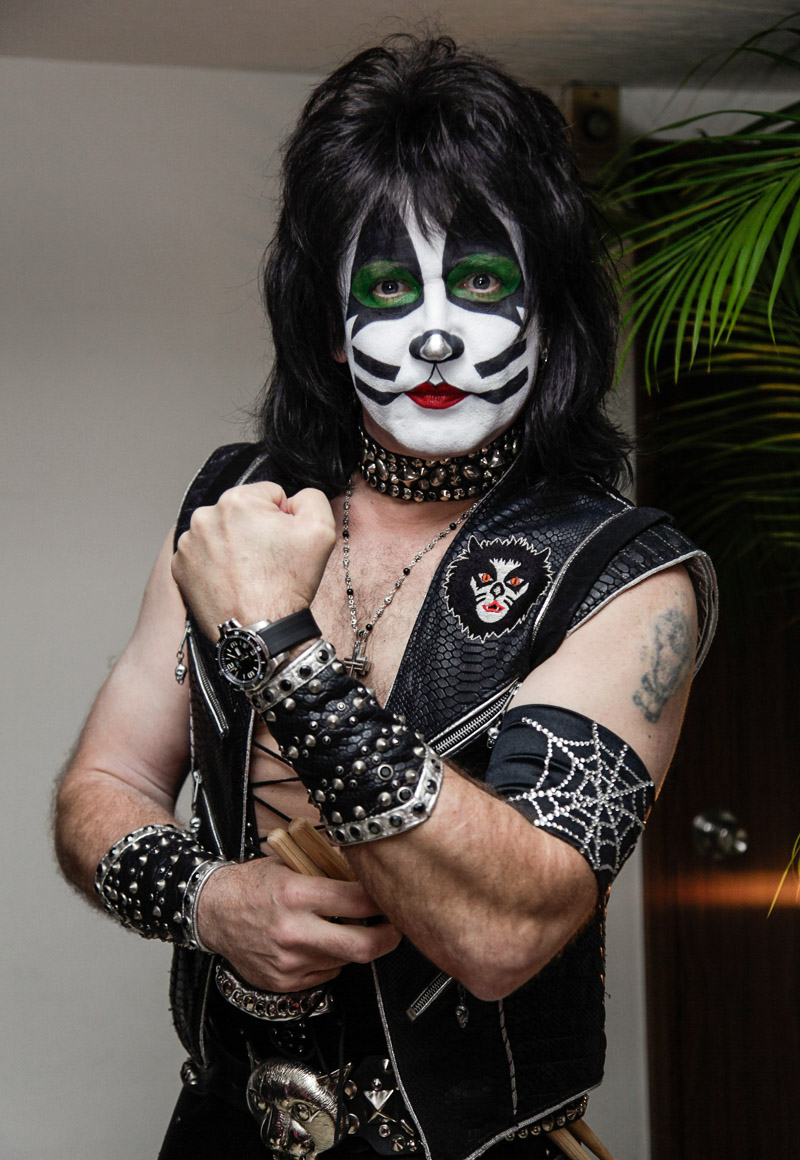 Yeah, that isn’t just any guy in makeup but rather Kiss drummer Eric Singer rocking a Ball Engineer Hydrocarbon Airborne watch (hands-on here) right after a concert in Tokyo. Ball watches Technical Director Philippe Antille (a proud member of the Kiss Army seen below with Singer) debuted a new technology early in the year called SpringLock for use in an increasing number of Ball watches. If you click on the article above you’ll be able to learn more about it and see a video in that article. In a nutshell, SpringLock is a system that reduces the vulnerability mechanical watches have to error and damage from constant minor shocks such as vibrations.

Antille, who came to Ball after a long period at Rolex, often used the environmental effects a watch might endure while on the wrist of a drummer to explain exactly what SpringLock was intended to resolve. The constant vibration would cause a major disruption in accuracy because the hairspring would be bouncing all over the place. SpringLock puts a small cage over the hairspring reducing its ability to “travel” during vibrations to alleviate this concern and further increase the durability of the mechanical movement. 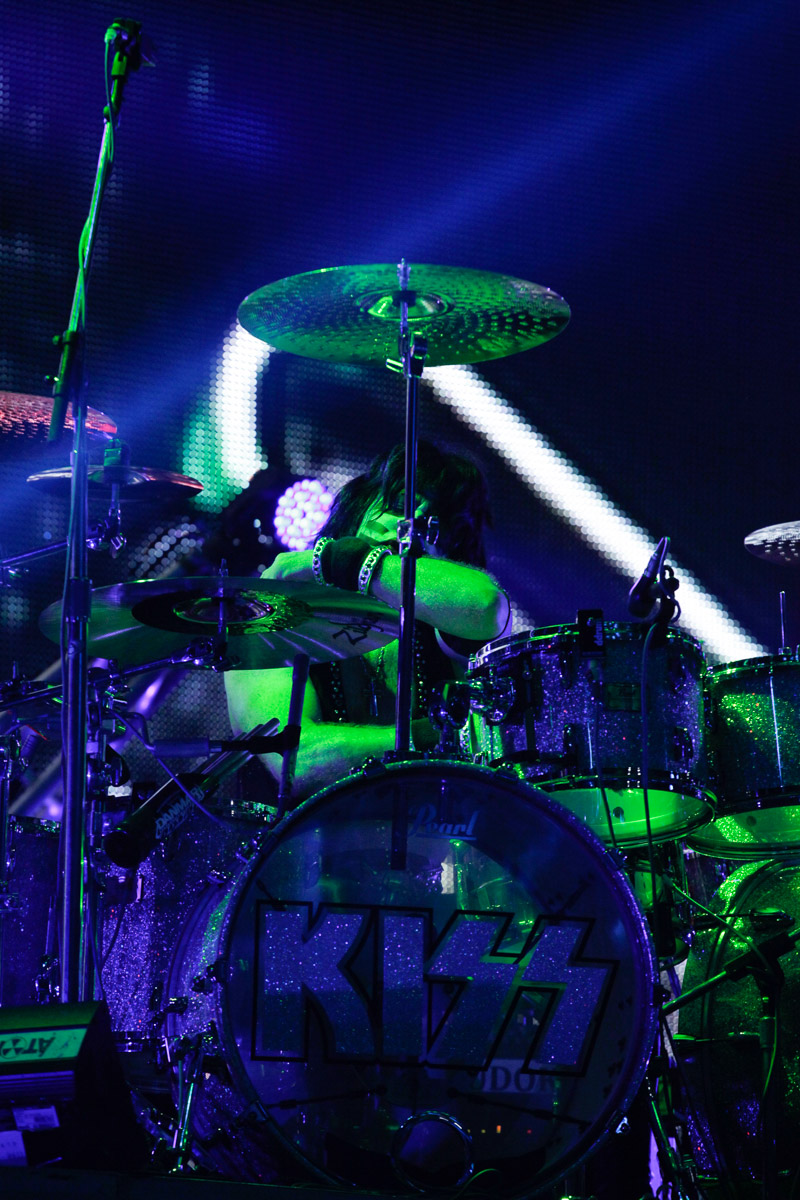 Ball is slowly implementing the SpringLock system into more and more watches, which they can do as an upgrade to base ETA movements. One of the first watches to receive the SpringLock system is the Engineer Hydrocarbon Airborne, which Mr. Singer seems to be enjoying. I have to ask everyone, do you think the watch looks “rock & roll?”

Eric Singer is a well-known major watch lover, but when it comes down to it, Gene Simmons and most of Kiss are all pretty enthusiastic watch nerds. A friend of the brand, it didn’t take much to have Eric actually test out the SpringLock system while drumming during a concert. Singer has been wearing the watch on his wrist while performing for at least a few concerts now, and Philippe isn’t just there to enjoy the show, but to also monitor the performance of the watch. This is what you call serious real world testing when it comes to a new durability feature. 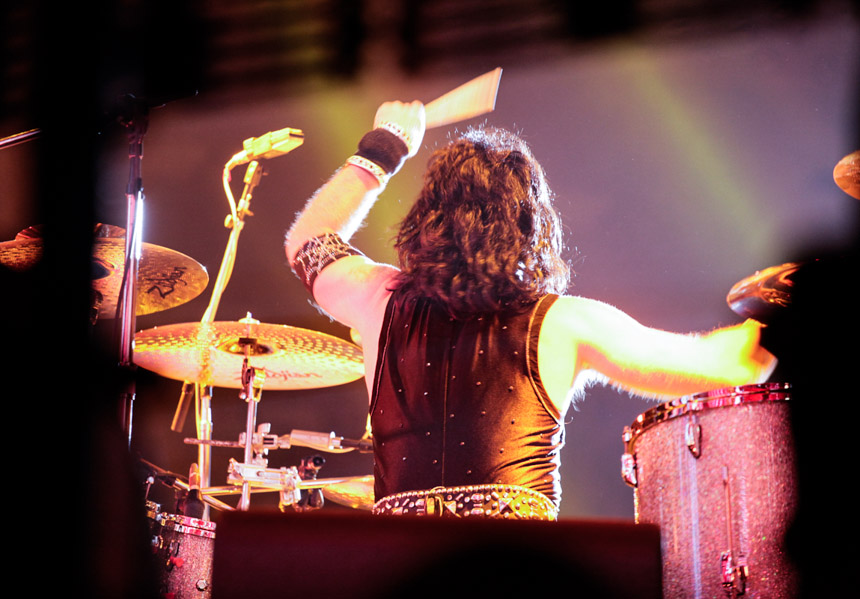 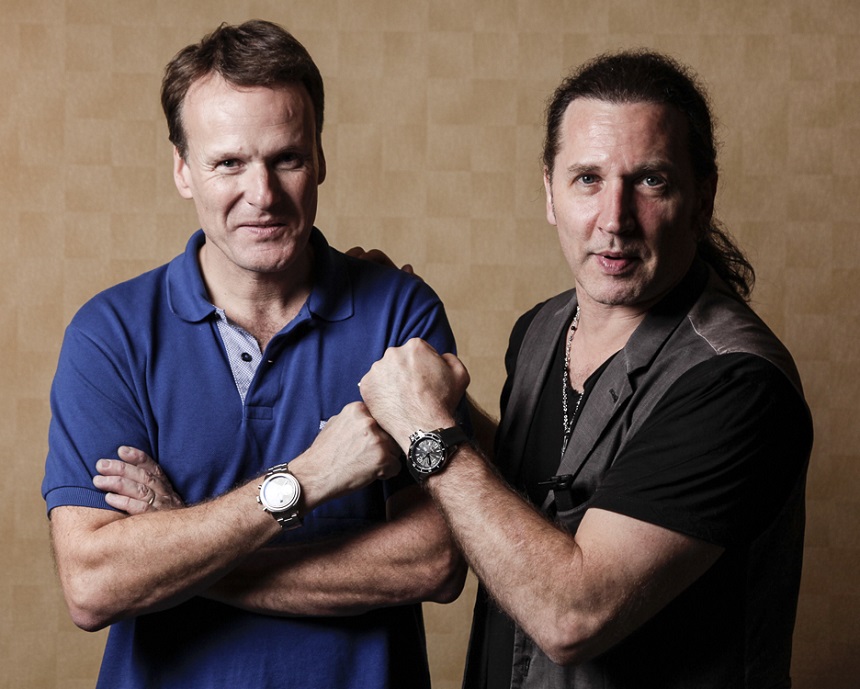 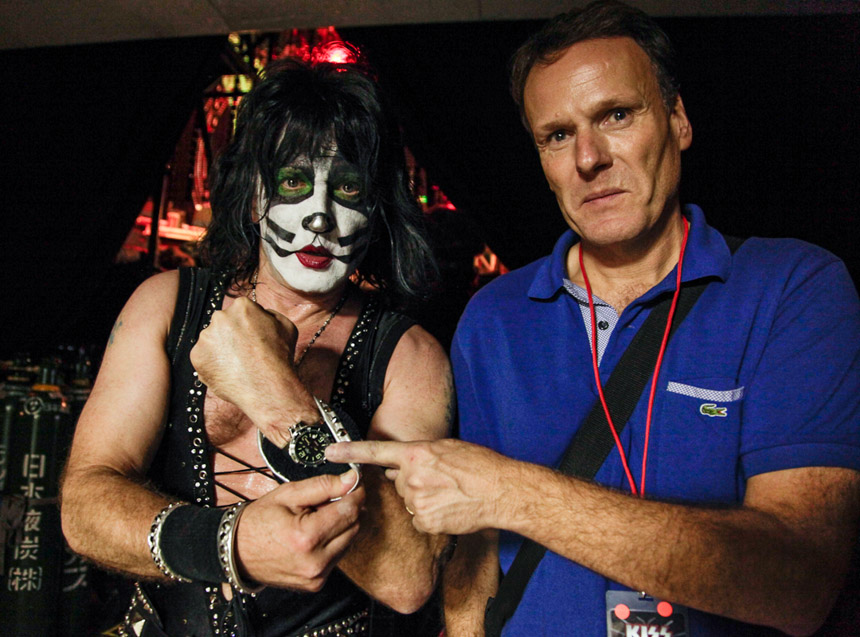 Singer of course is wearing the Airborne watch on a rubber strap as the metal bracelet wouldn’t fit snug enough to keep it from moving around on his wrist while drumming. We have brands like Richard Mille that put tourbillons on the wrist of Rafael Nadal while playing tennis, and here Ball is doing something similar in what is arguably just as taxing (if not more) on a drummer’s wrist.

Click on the link above at the top of the article to learn more about the Ball Engineer Hydrocarbon Airborne, but I’ll quickly mention that it comes in a 42mm wide steel case with a COSC Chronometer certified automatic Swiss movement and it uses tritium gas tubes for illumination. Oh, and it goes with Kiss makeup. Price is $3,599. ballwatch.com