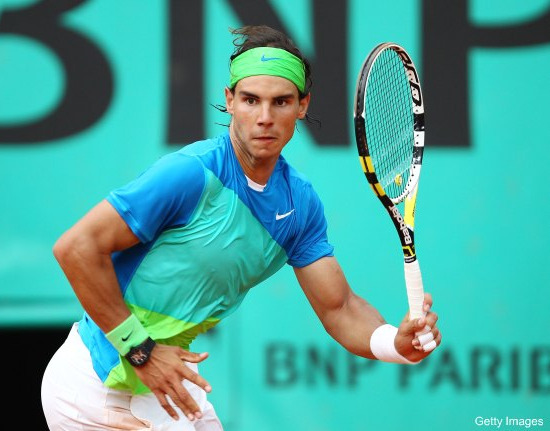 A bunch of you e-mailed me yesterday asking me to talk about the Richard Mille watch that tennis player Rafael Nadal is now wearing. That’s never happened before – but since the mainstream media is all over the “weird” story, I figured I should mention that I did cover the topic on Luxist.com (where I also write daily) – sorry, you need to cover two websites now. You can see my (and only my) daily Luxist.com articles right here. I initially discussed the Richard Mille RM027 Nadal watch here.

The media is all over the Nadal story for two reasons. First, it is unusual for a tennis player to wear a watch during matches. It is well known that wearing a watch when peak agility and performance is required is usually a bad idea. Hell, I even take my watch off to type. Second, the watch costs $525,000. To most people, that concept blows their friggin’ minds. It would blow my mind as well if I wasn’t so detached from prices. I actually found myself yesterday saying to a friend about a certain watch: “$300,000? Naw, only like $100,000 – $200,000. It isn’t too bad.” At this point the prices are just numbers to me. If you can afford them, you can afford them. Anyway, over $500,000 for a watch is pretty crazy – crazy but fun. It isn’t about being worth it or not, it is just a matter that an object (that isn’t a bag o’ diamonds) which fits in your wrist costs as much as a decent house. 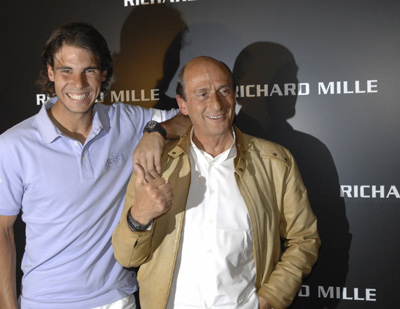 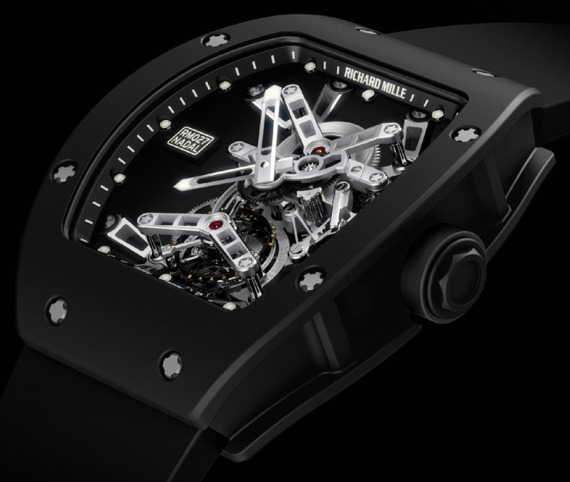 So while Nadal wearing the watch while playing tennis is impressive from a performance standpoint – meaning it doesn’t affect his game, it is also sort of a big “F you” to most of the viewers. Professional athletes are kind of supposed to be role models and heroes to some people. We don’t idolize gladiators who cut off a lot of heads any more, but we do look up to people of peak physical condition who have cool action skills of other sorts. Kids (at least) are supposed to look up to them, and imagine that they can be like them. Lots of pro athletes didn’t come from privileged backgrounds. So what does it say when Mr. Nadal wears a watch that costs more than what most people watching him play, make in 10 years of work? I’m just saying. What is a fun game of “check out where I got my watches placed” among luxury watch brand biggies, might have unforeseen lash-back affects to the entire luxury industry. Then again, it might be an indicator that pro tennis players make “that much.” But of course in this case, Nadal didn’t pay a penny for the watch. In fact, he is likely paid to strut around with an over half million dollar timepiece. Makes me think of revolutionary France, just a little bit… Personally I am just amused by the product placement and actually interested as the technology that makes the Richard Mille RM027 Nadal watch wearable during pro tennis. 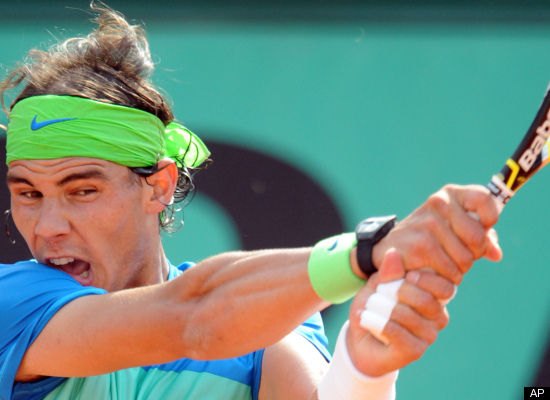 The watch is just under 40mm wide, has a standard Richard Mille tonneau case shape, and weighs under 4 grams! That is with the strap. Inside is a complex mechanical movement with a tourbillon complication. Much of the watch is made from something called LITAL, which is a lithium aluminum alloy. There are all sort of other fancy things going on in the watch as well to help give it that under 20 grams weight (I think the movement weights under 4 grams). In the link above to my Luxist article about the RM 027 watch I discuss the movement and materials a bit more.In addition to the amazing weight of the watch – the tourbillon movement is able to flinchlessly withstand the shock, g-forces, and trauma that tennis playing will have on it. “They hit Richard Mille! Is he ok? Check the tourbillon… is it still spinning?! Medic!…” And a guy in a white watch maker’s gown with loupe around his head comes running on to the court.

What is interesting, is that the Spaniard is said not to be a flashy guy at all. Aged 23, he is shy, but has been in public spotlight since a very young age. Nike for example was sponsoring him since he was 13 years old. Going from “the quiet superstar Tennis player next door” to “the guy whose game isn’t at its best unless he has a wake up call from President Obama to start the day and wears a $500,000 plus watch on the court…” is a major change to his images to say the least.Oh, and sources say that like many Spanish people (they aren’t the only ones known for this) – Nadal is terrible about being places on time. The RM 027 he effortlessly totes around surely won’t be of help there.

Richard Mille is utterly thrilled at the new partnership. The press they are getting is enormous, and they hope to sell a few of these watches. There will be a limited edition run of 50 pieces for those who want to be like Nadal. Still, after $525,000 in the whole, you aren’t gonna be any better at hitting fast moving balls. Still, the fact that the watch is being worn all the time, and can survive give Richard Mille as a brand serious street cred. Golden paved street cred that is. I didn’t know Nadal was a lefty either. He is wearing the watch on his opposite wrist while he holds the racket with his left hand. This is at least in game. Very hard to tell in tennis. No watch on his main playing arm. A lefty just like me – perhaps. I better take up the game. Where is Richard Mille’s number?