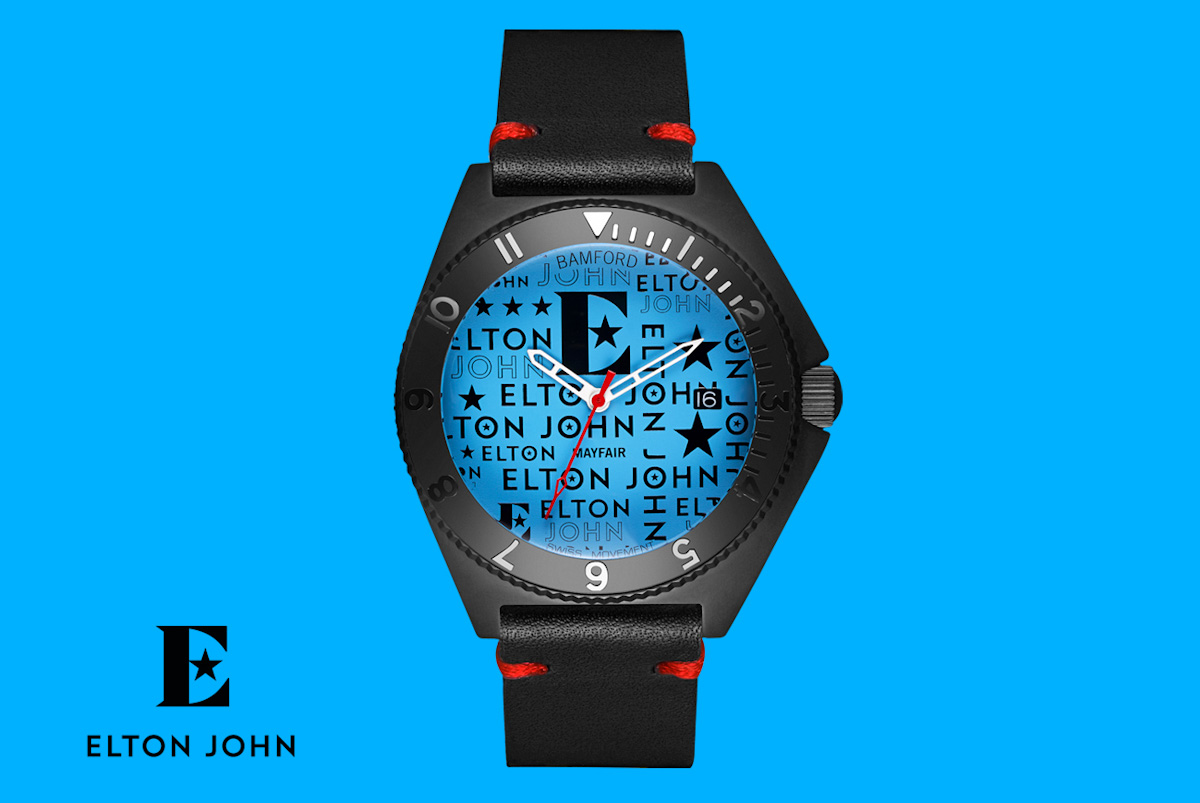 Nobody does bespoke watch partnerships quite like Bamford London. Over the past several years, the British-based watch customizer has branched out from a line of blacked-out Rolex Submariners to a galaxy of one-off and customized timepieces from a variety of manufacturers. One of Bamford’s highest-profile custom projects came in October 2018, when the brand partnered with music legend Sir Elton John to create a series of 10 unique customized Franck Muller timepieces for Elton’s extensive personal collection. 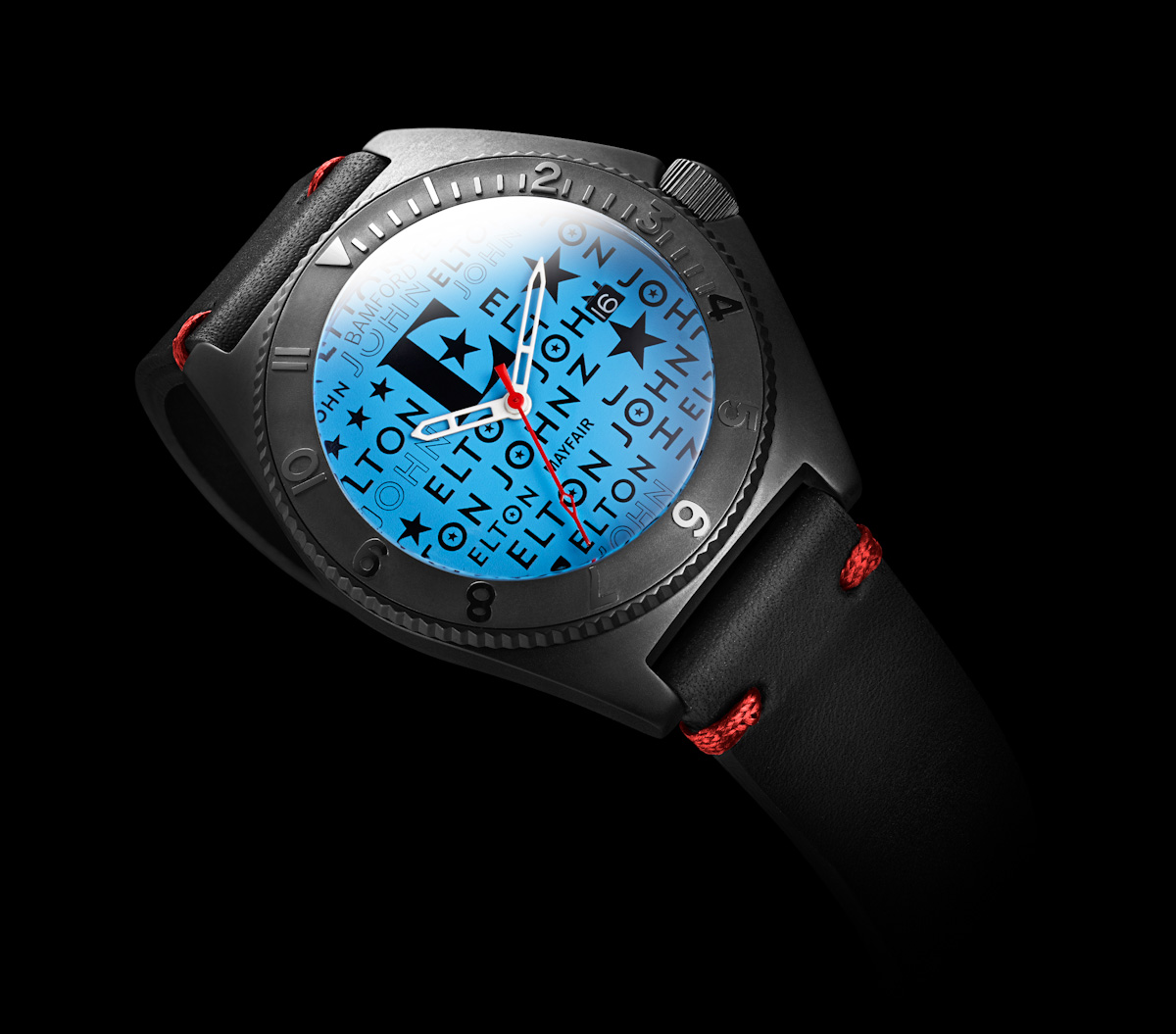 Now, Bamford and Sir Elton John have reunited once again to create a limited-edition series of timepieces available to the public. The Elton John X Bamford London Mayfair Date is a wearable celebration of the highlights of Sir Elton John’s decades-long musical career that exudes Bamford’s signature sense of style.

As the name suggests, the Elton John X Bamford London Mayfair Date uses Bamford’s own Mayfair watch as a base, sharing the same Benrus Type 1-inspired 40-millimeter PVD diver case as the base model. The case measures in at a full 15 millimeters-thick, creating bold wrist presence while the 100-meter depth rating ensures the watch is rugged enough for daily use. The Ronda quartz movement is unchanged, as well, providing reliable and accurate timekeeping. 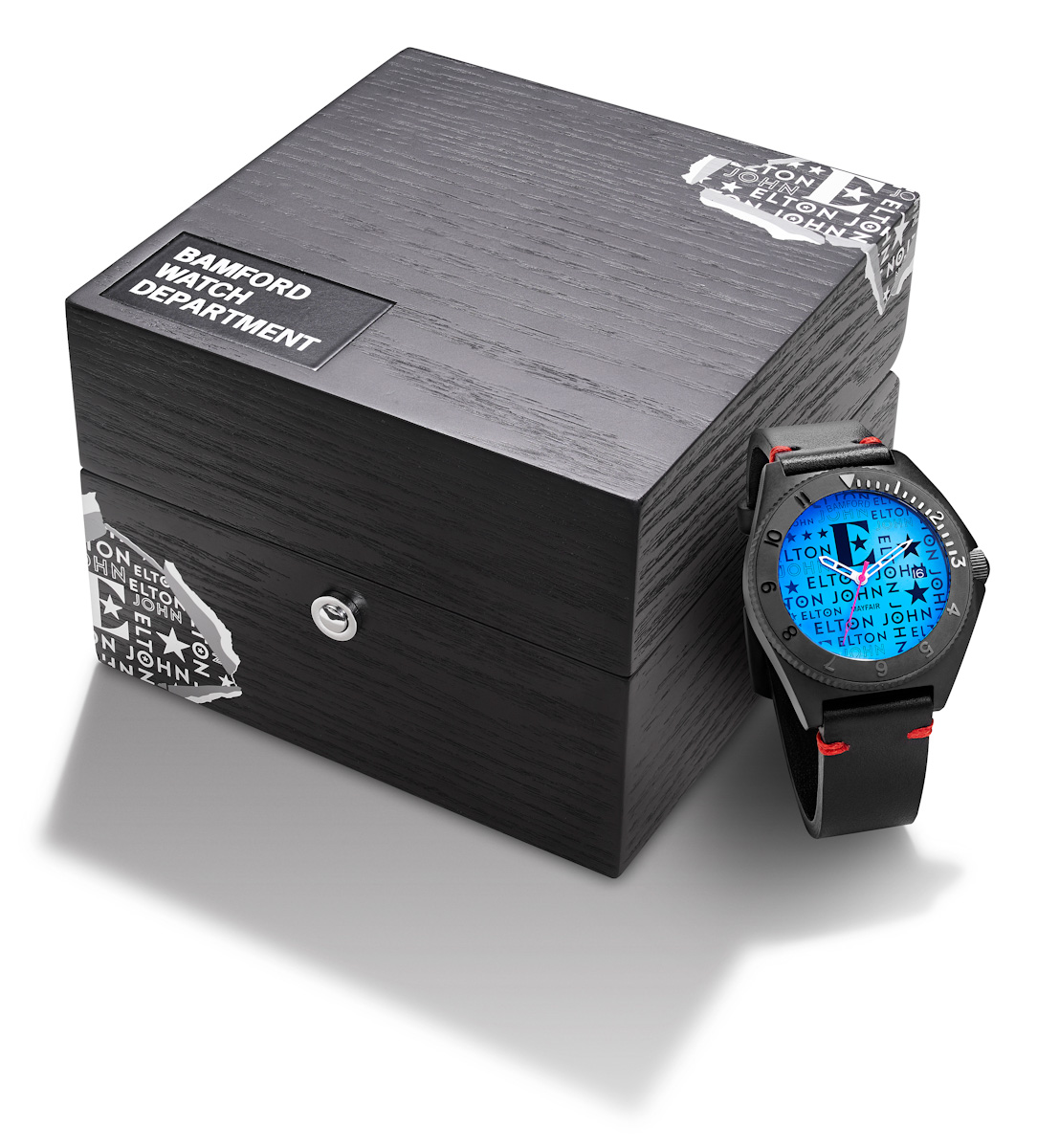 Where the Elton John X Bamford London Mayfair Date comes into its own is the dial. The “Dodger Blue” base, accented by skeletonized white ladder hands, and red seconds celebrate Sir Elton John’s historic 1975 Dodger Stadium concert in Los Angeles. On top of this blue base, the patchwork of “Elton John” logos repeated over the dial is a reference to the branding for Sir Elton’s current (and final) “Farewell Yellow Brick Road” concert tour. There are no markers or indices, preventing the complex patterned dial from feeling too busy or chaotic and allowing only the date window at 3 o’clock to disrupt the surface.

Bamford complements this piece with a minimal black leather strap, accented with red stitching to complement the bold colors at play on the dial. 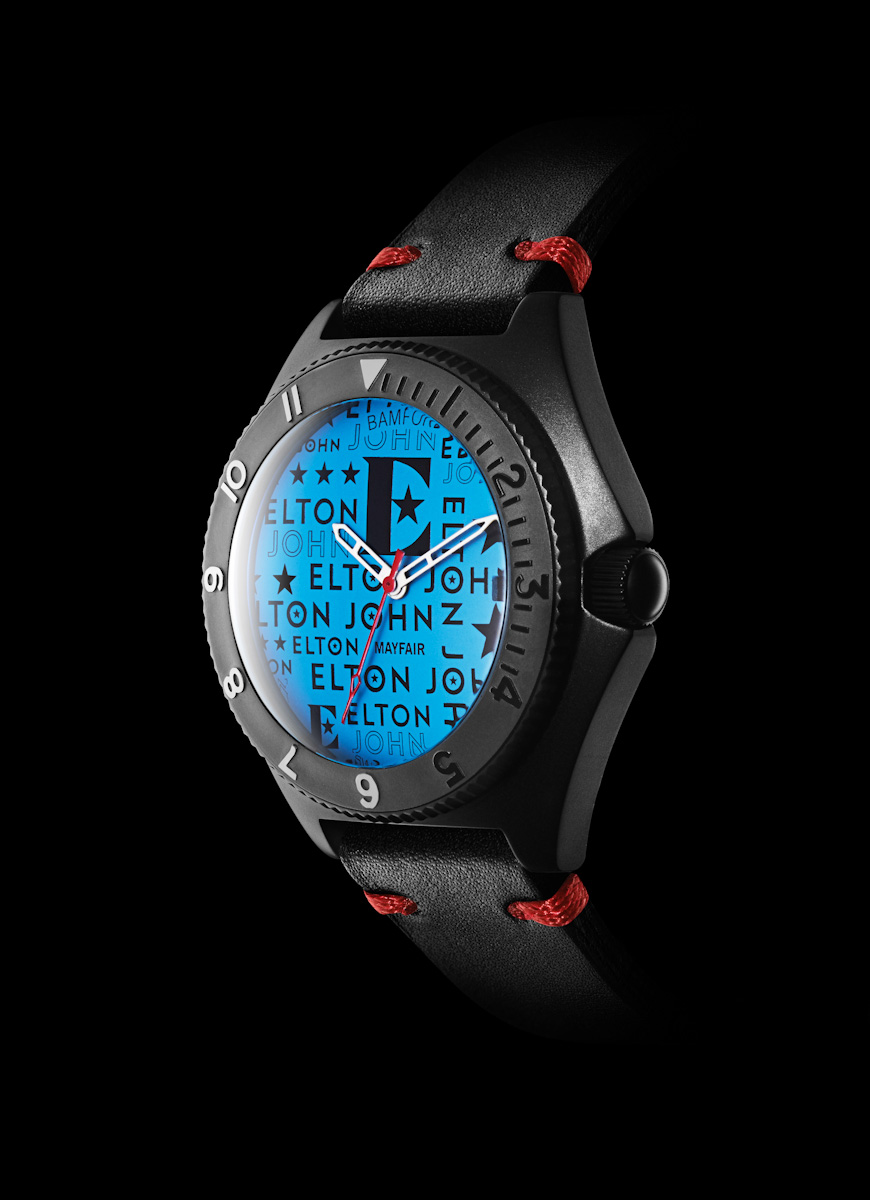 Far from being a static partner in the project, Sir Elton John himself had a major hand in the design of the watch, reflecting Sir Elton’s long and storied musical career. In addition, Sir Elton’s associations with the watchmaking world go far beyond his relationship with Bamford London. The musician has been a noted watch collector for many years, owning unique one-off creations from a wide variety of brands, including Chopard and Rolex. Sir Elton brought both his passion for horology and his legendary musical career to the creation of this piece, and that passion shines through. 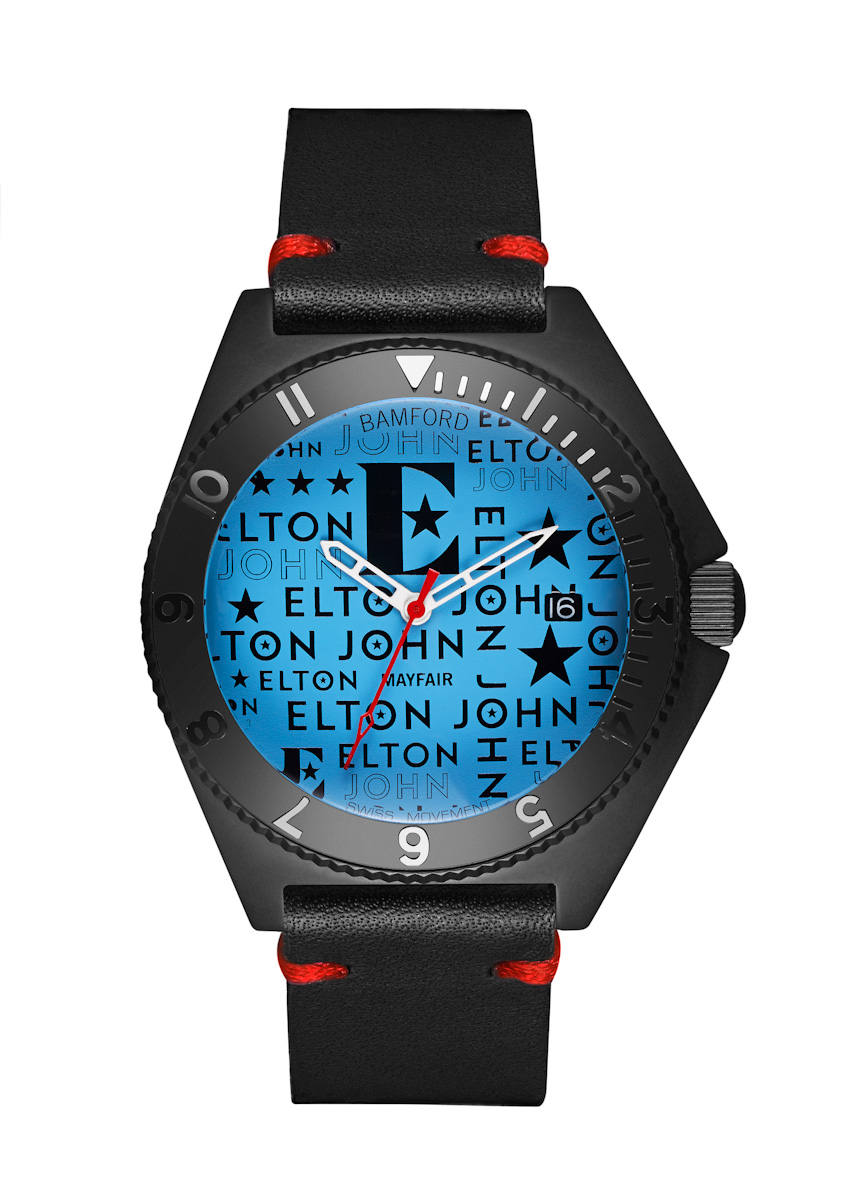 The Elton John X Bamford London Mayfair Date is limited to 40 pieces and is available for purchase now at Bamford’s website and at Dover Street Market retailers in London, New York and Los Angeles. Models are priced at $575 while supplies last.