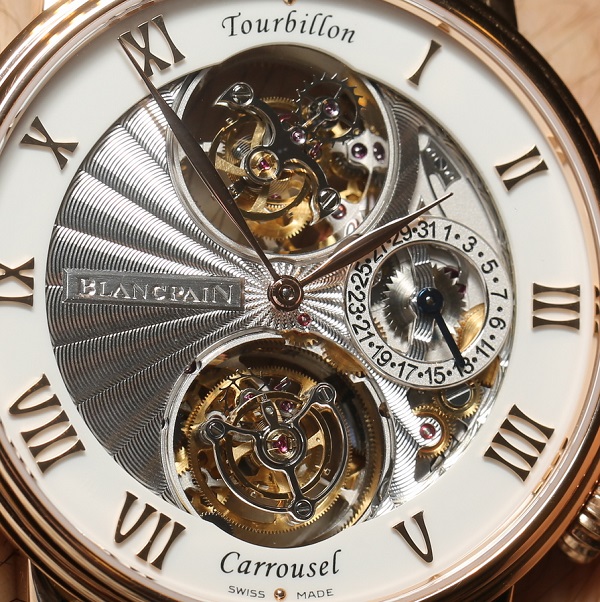 Tourbillon Carrousel Watch Finally Explains What Blancpain Has Been Talking About, Hands-On 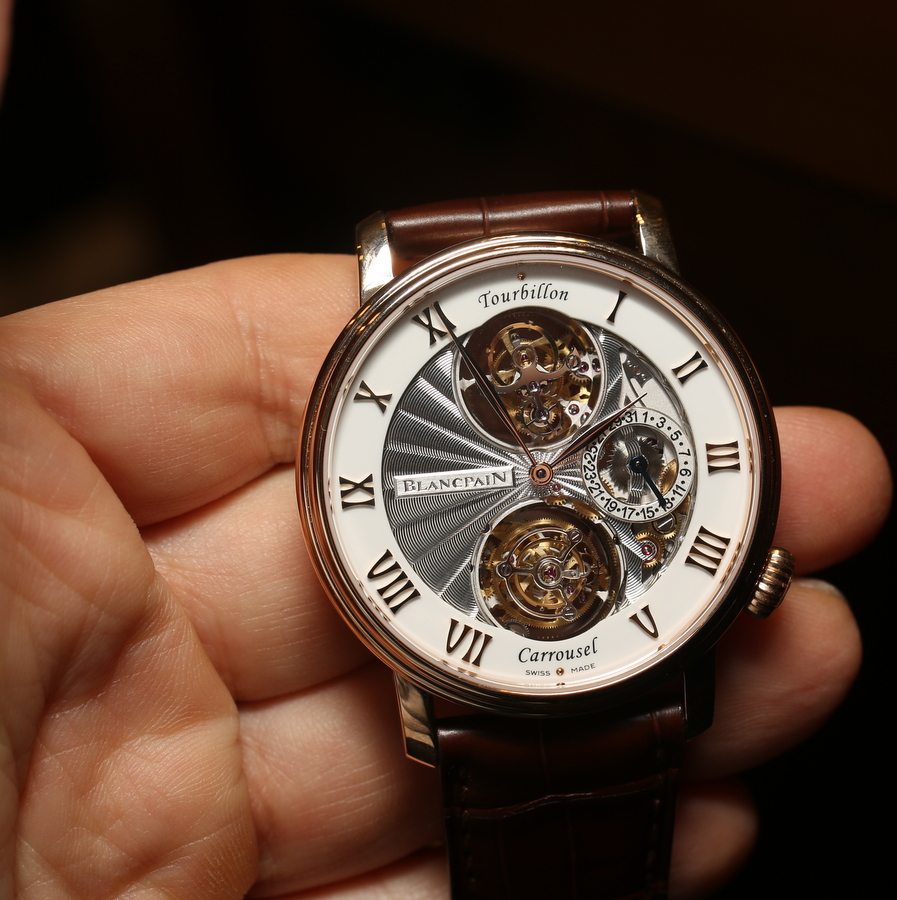 The Blancpain Tourbillon Carrousel presented at Baselworld 2013 showcases the difference between the well-known (among watch people) tourbillon and its lesser-known cousin, the carrousel. Each uses very similar methods for attempting to compensate for gravity in a balance wheel. Just a smidgen of background. Blancpain used to produce tourbillon complications like the best of them. Then a few years ago they seemed to decide that the tourbillon was too common (pshh, tourbillon… I know! Like everyone has one). So they adopted the carrousel as “their” preferred rotating regulation system. It was an interesting idea, but the funny part was seeing them attempt to explain in words exactly how a tourbillon and carrousel are different. So for those struggling to distinguish between the two (and there are many who will struggle), this watch will finally allow you to compare a tourbillon and carrousel side by side. Thanks Blancpain!

This is important for a number of reasons. Some have tried to deride the carrousel, considering it an inferior tourbillon or a second rate complication altogether. Making appreciation of the carrousel more difficult, is the fact what while helpful videos by Blancpain try to make the distinction with the tourbillon clear, it remains relatively too technical for most people to truly understand.

I for one, was one of those people who struggled to tell the difference at first, and it didn’t help that Blancpain is the only company that actively delineates the difference between the two, leaving it as the only brand that uses the carrousel in such an assertive way. 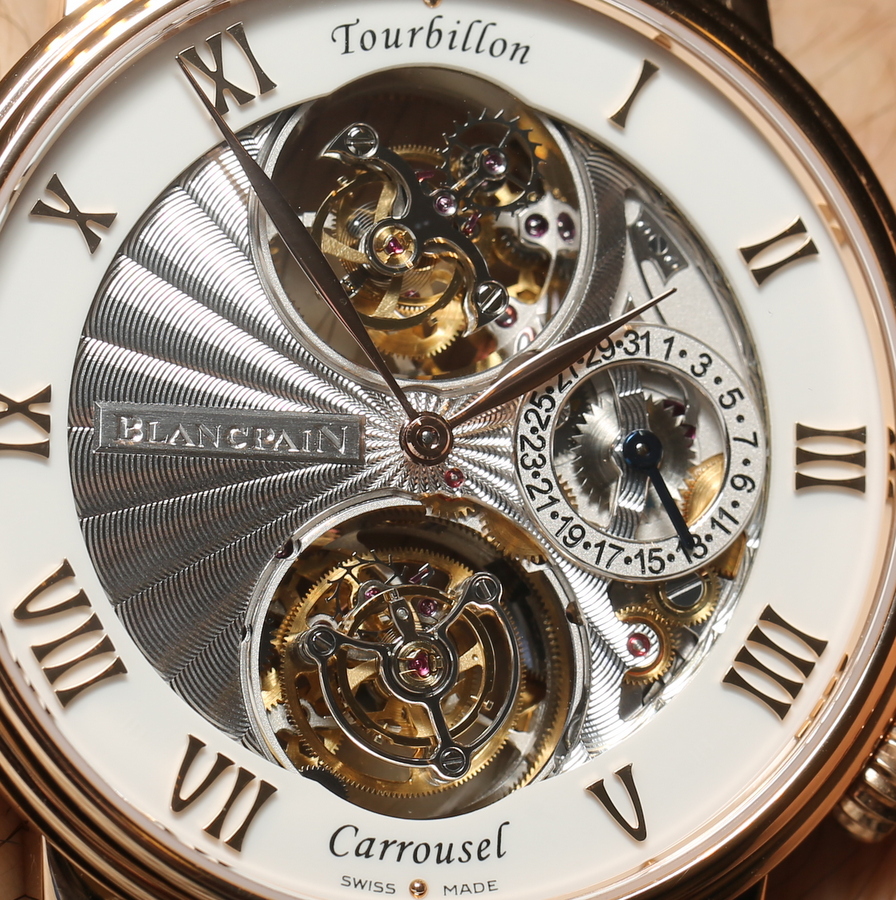 To put it as simply as possible, the tourbillon runs via a single gear train all the way to the escape wheel which uses a fixed fourth wheel (normally running seconds) upon which it makes its rotation, spinning the cage as it goes along. The carrousel on the other hand, runs two gear trains, the first from the mainspring to the escape wheel like a normal watch, the second running through the third wheel with additional gears to turn the cage sitting on a platform that is geared to rotate.

If all this sounds confusing to you, it doesn’t matter, just know that the carrousel has a plain technical difference, even though the purpose is essentially the same as a tourbillon – to average out gravity related losses in timekeeping. Just let us know if you want a full technical article explaining the difference, and I will see what I can do. Still, have a look at this video if you are technically inclined, and perhaps you will be able to perceive the difference yourself. Of course on the watch, Blancpain makes it easy by labeling which complication is which.

As the brand that wants to be known as the one with the carrousel, this watch makes sense for Blancpain. Part of the enjoyment of high end watch-making is the understanding and appreciation of the little details, and it was in my trying to understand the difference between the tourbillon and the carrousel that really made me get a better than vague sense of how they work.