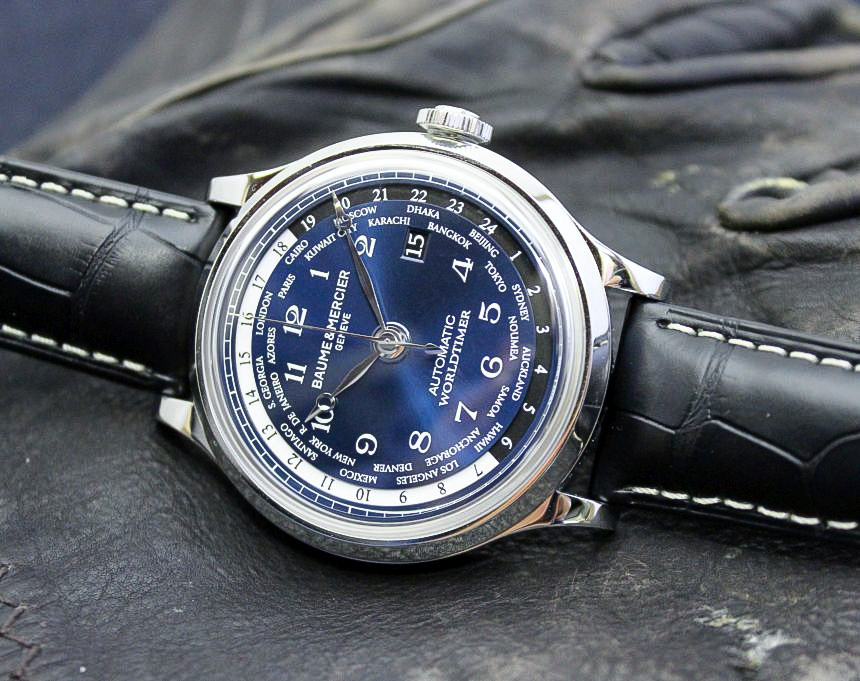 When it comes to watches that have been capturing my attention as of late, it boils down to a single class of complication – second time zones. This is most commonly achieved via a GMT hand, and it works quite well in that manner. Now that I’ve spent some time with the Baume & Mercier Capeland Worldtimer, however, I can see that there’s a lot more functionality that can be had when you want to track more time zones than the one you’re currently in.

As befits a watch labeling itself as a world timer, this Capeland model allows you to see, time in another time zone. Not only that, it allows you to see the time in any of the 24 time zones around the world. This is accomplished by a disc that rotates around the outer edge of the dial. This then interacts with the world cities printed just inside of that display, and you can check the time anywhere around the world, at a glance. This is accomplished quite simply: once you have the main time set, set the outer disc (at the city for your time zone) to match the 24 hour time. This keeps everything in sync, and you can easily tell what time it is in, say, Moscow or Sydney. In essence, this disc is really just a modified version of a GMT hand. 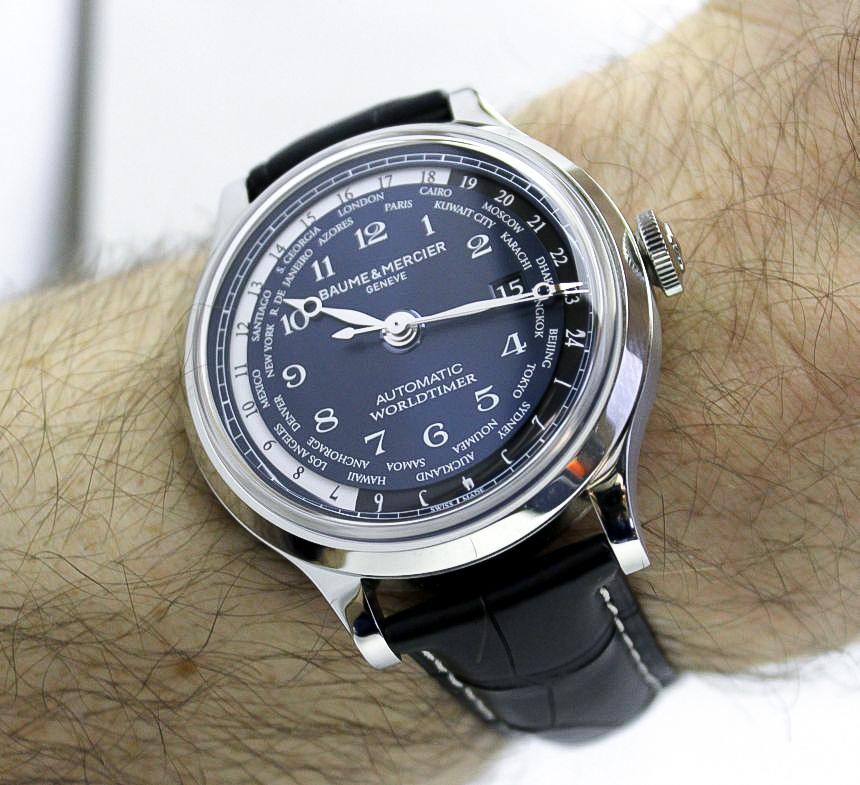 Whatever time you’re looking for, you’ve also got the handy day-night split on the disc (6:30 am to 6:30 pm) that can both keep you straight as to the time of day, as well as if you’re calling too late in the day to someone around the globe. All told, this gives you a much greater amount of flexibility than a simple GMT hand would offer, albeit at the cost of a slightly larger watch, to keep things legible (though the famous Patek Philippe World Timer is still a rather modestly-sized watch). That said, I can see the argument for both styles of timekeeping; it really depends what your use of the watch is.

But I’m getting ahead of myself. I can’t go pronouncing a verdict until I’ve run through the rest of the watch, now can I? This particular Worldtimer is a limited-edition model that was created specifically for Tourneau. It differs from the standard model in that you’ve got a dial in a lovely shade of dark blue (in place of the standard off-white); accordingly, the Breguet-style hands have shifted from being blued, to appearing in a polished finish. Last, but certainly not least, the date wheel has changed from black text on white, to white text on black, keeping the overall darker scheme in place. Past those differences (oh, and some labeling on the watch case), you’ve got identical watches.