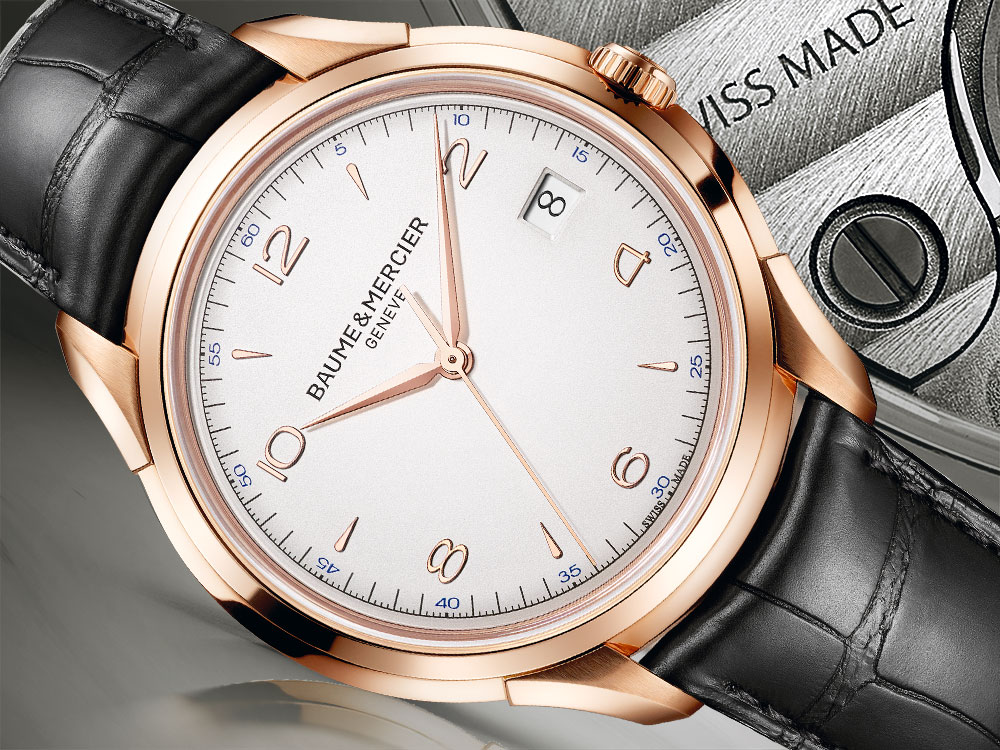 As Baume & Mercier’s signature semi-casual dress watch, the classically resourceful Clifton is able to play host to a pretty wide variety of complications – everything from simple GMT and moonphase displays, to perpetual calendars and this wild minute-repeating pocket watch. So it should come as little surprise that for 2017, just as in years’ past, the entry-level Richmont brand is leaning on the Clifton’s versatility to showcase their latest technology: an in-house manufactured manual-winding movement equipped with an exclusive system designed to boost accuracy. 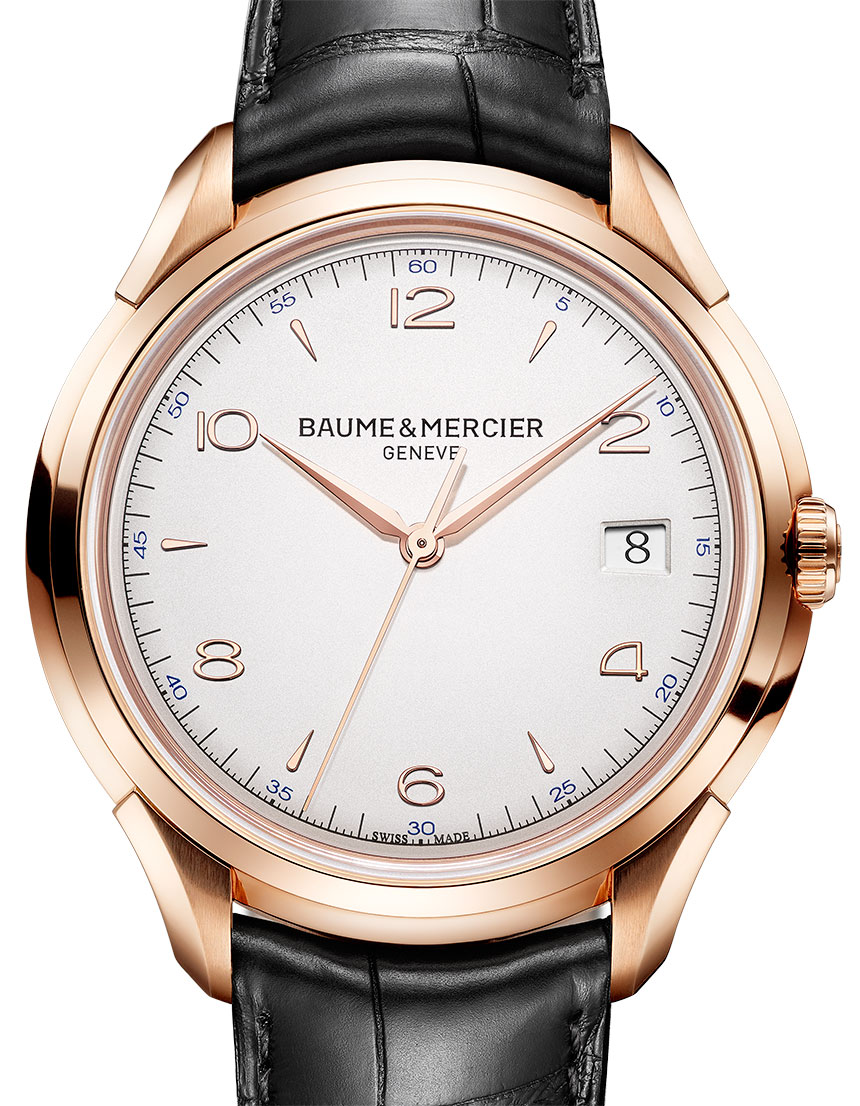 The Baume & Mercier Clifton Manual 1830 is the first Richemont group watch to deploy this new tech, called TwinSpir, which is centered around a new type of proprietary silicon hairspring developed by the Richemont Research & Innovation team. This new spring is comprised of a unique, composite structure that combines two layers of silicon, alternatively oriented and bound through a layer of silicon dioxide. The goal was to create a hairspring that was not only immune to the usual effects – corrosion, magnetism, etc., but one that was also largely immune to changes in temperature and infinitesimal variances in tension while it oscillates. 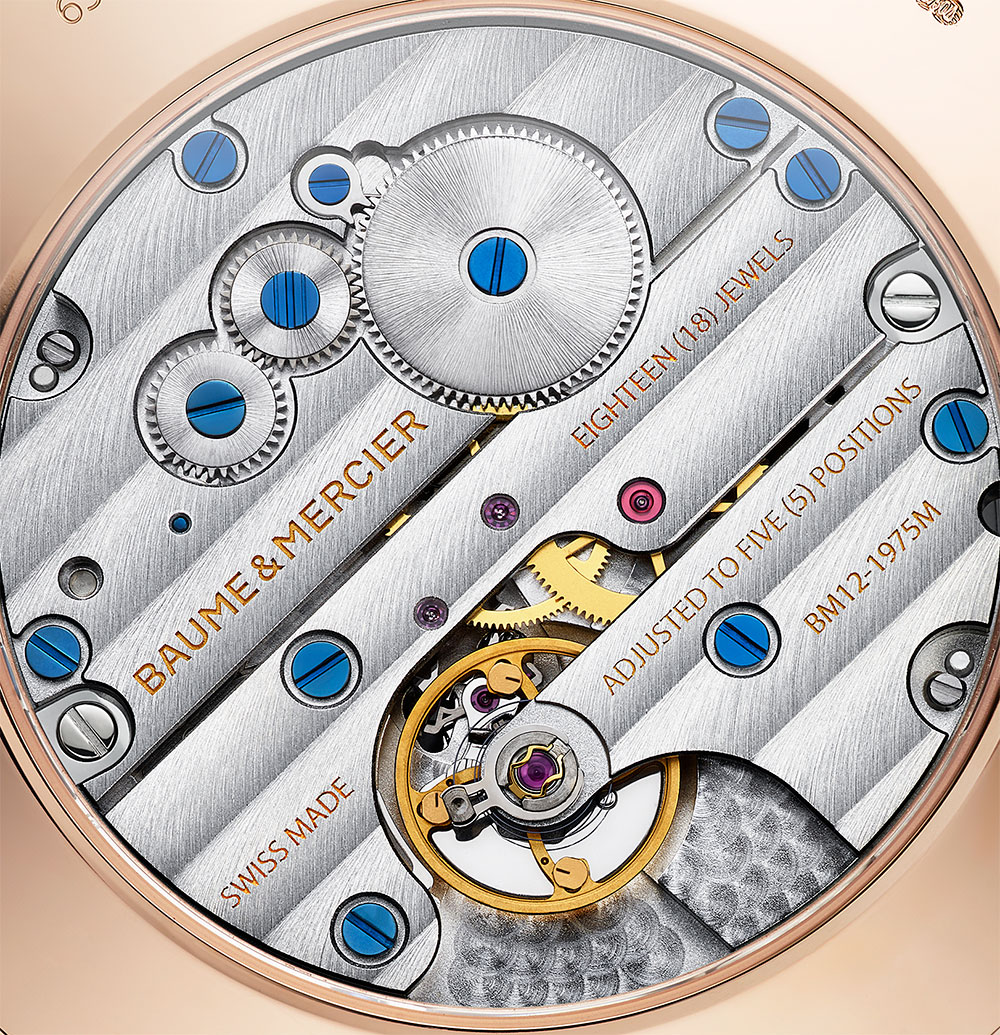 Now, calling TwinSpir the basis for a thermocompensated mechanical movement would be something of a gross oversimplification, but this isn’t far from the premise, either. However, rather than actively adjust for changes in temperature, this system mutes them. For example, where a normal hairspring might demonstrate varying degrees of elasticity (and thereby subtly differing oscillation rates) on the wrist on a warm day, vs. sitting on a bedside table, the basic premise of TwinSpir is to create a more consistently stable hairspring that’s largely immune from these thermoelastic variances regardless of the watch’s ambient temperatures. Furthermore, as the hairspring expands and contracts through its normal oscillations, the layered structure is designed to create a perfectly even and more consistent oscillation, eliminating any subtle irregularities in elasticity (or “elastic anisotropies”) that would also adversely affect the chronometric rate – a known performance trait exhibited by many traditional hairsprings. 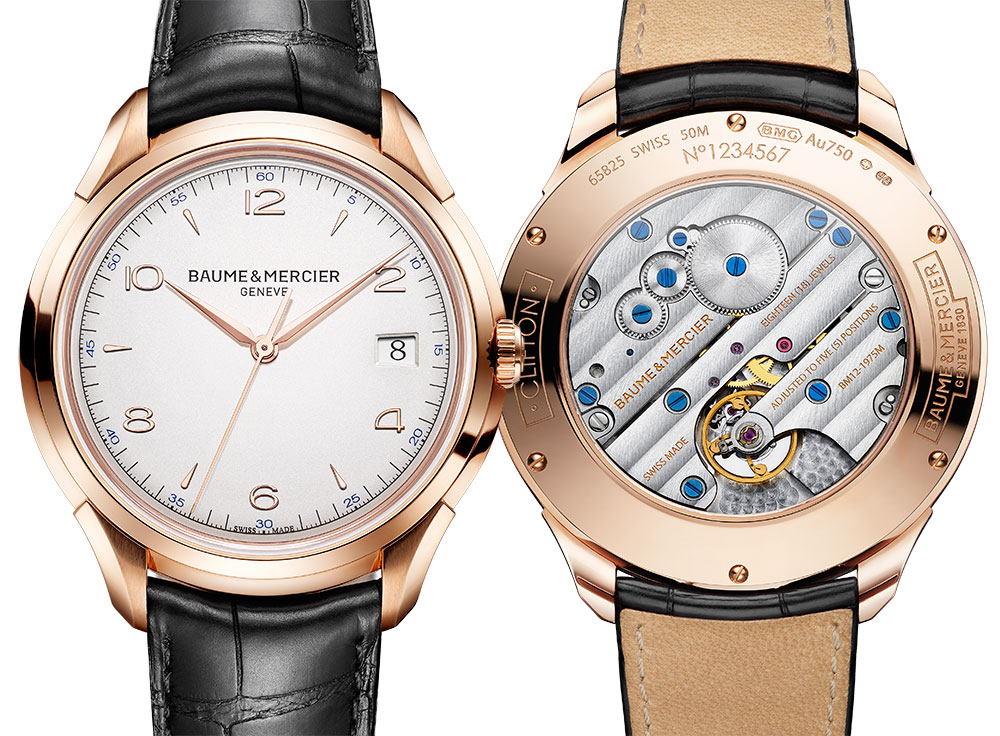 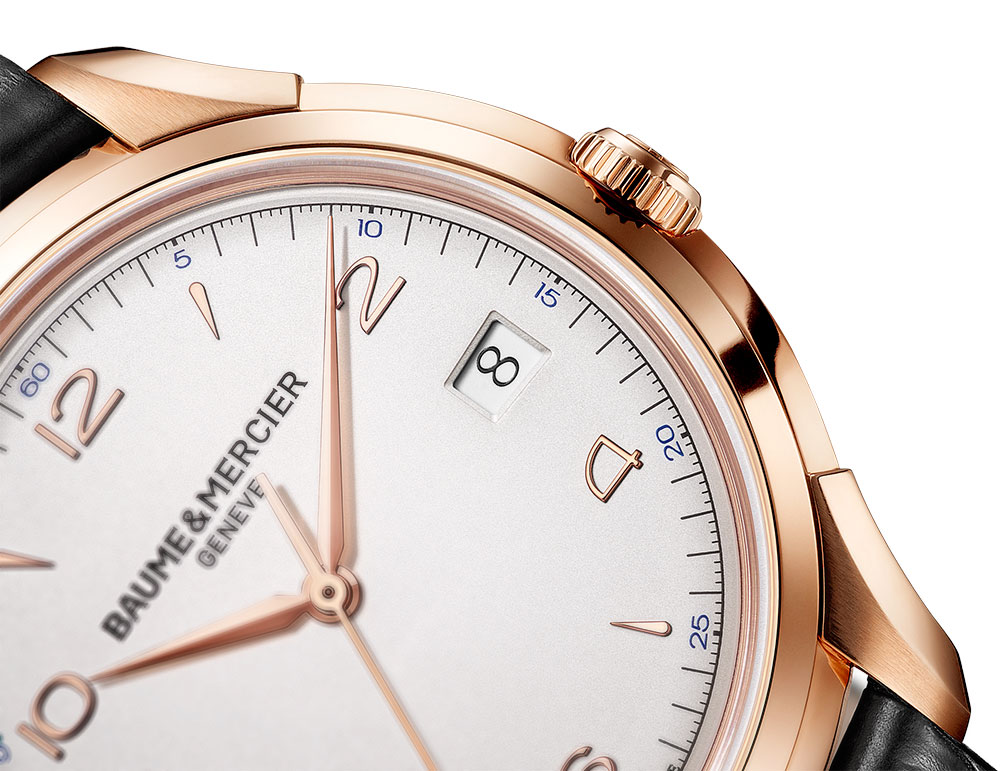 The end result? Well, in theory, a more even, predictably stable chronometric performance and greater long-term accuracy. Granted, we’ll have to withhold judgement until we’ve tested one in the real world. But for now, it’s interesting to watch as more and more brands move away from Nivarox (and by extension, the Swatch Group), instead choosing to develop proprietary technologies as a means to compete. Despite being the oldest adage in the book, it’s also the most interesting expression to witness firsthand – innovate or die, right? 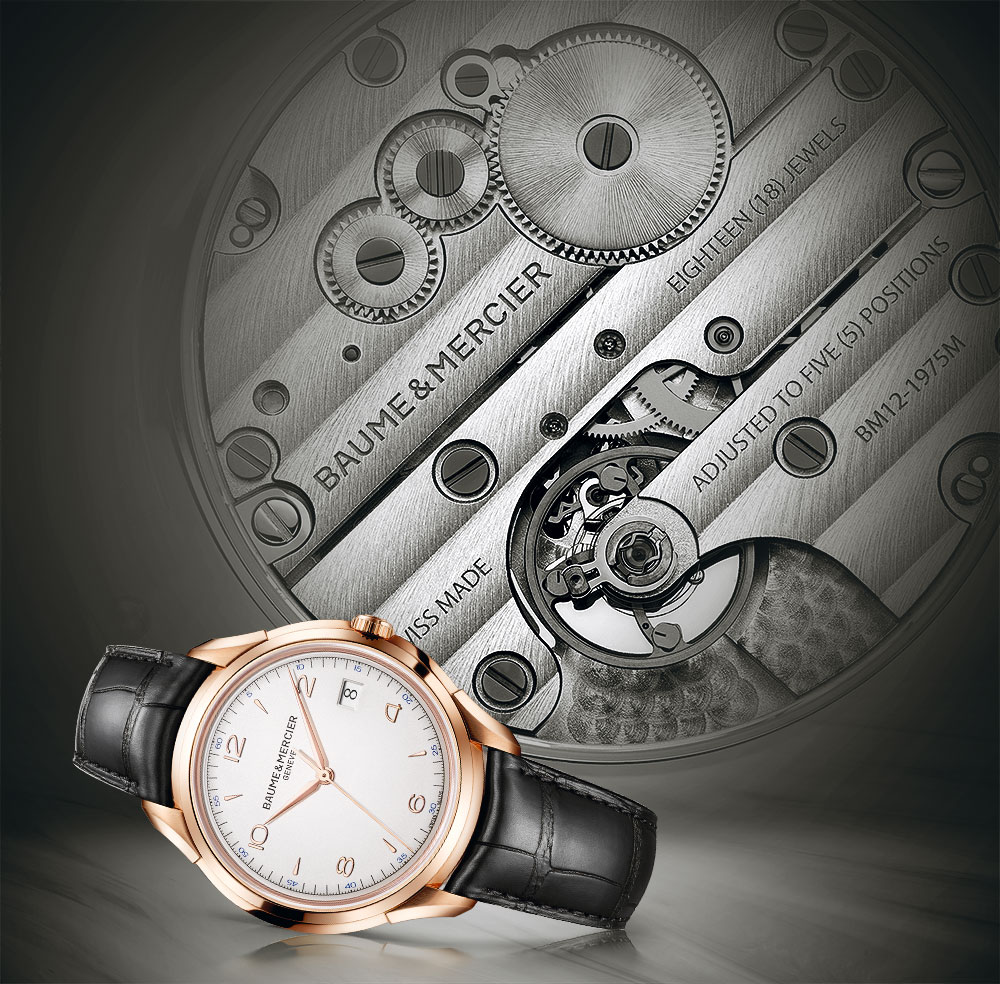 In addition to the special hairspring, the 18-jeweled, hand-cranked BM12-1975M movement itself hums along at a familiar 4Hz over the course of its generous power reserve of around 90 hours. Nicely finished with deep Geneva stripes, blued screws, and circular graining all visible beneath the exhibition caseback, the movement itself is also adjusted in five positions for accuracy.

The 18k red gold case of the Baume & Mercier Clifton Manual 1830 watch is 42mm wide and 8.9mm thin, with a water-resistance rating of 50m, and it comes on a black aligator strap. The reference M0A10359 Baume & Mercier Clifton Manual 1830 is available now, though it’s being produced in very limited quantities, apparently only sold in Europe, and is retailing for a price of $12,045. baume-et-mercier.com