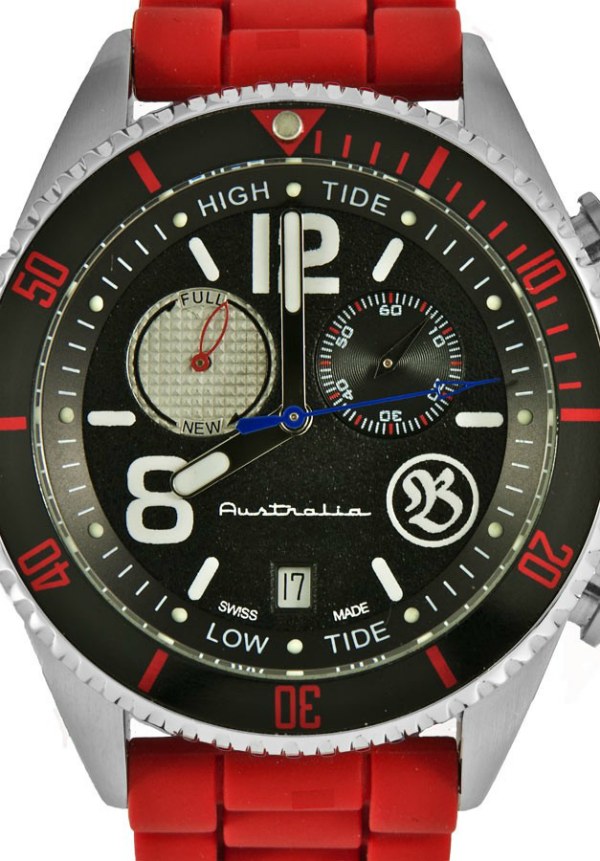 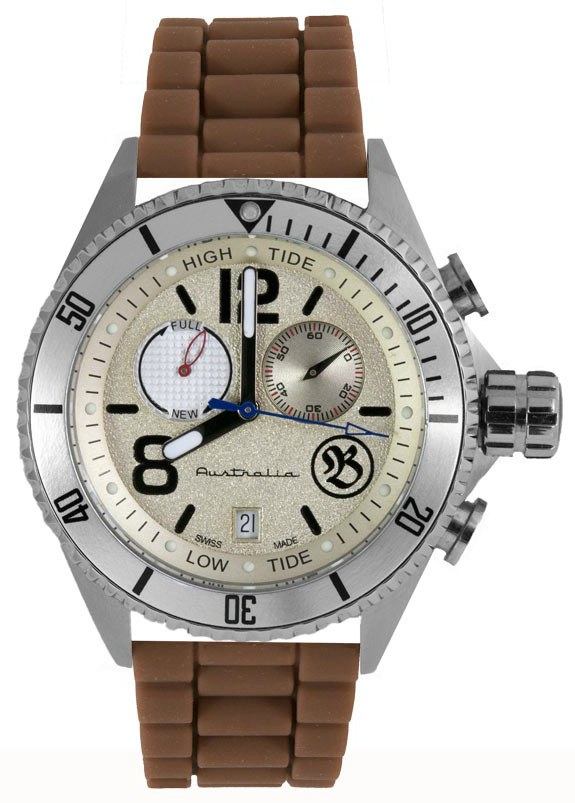 The crown is like a little canister with a see-through window at its end. You can order your Bausele watch with a crown filled with Australian red sand, surf sand, or coal. Coal? Why coal? Doesn’t the old Christmas myth about gifts with coal in them mean that person getting them has been bad? And not bad in an impressive way. There is probably some manner of explanation on the Bausele website – maybe you can find it in the “Aussie Soul” section. 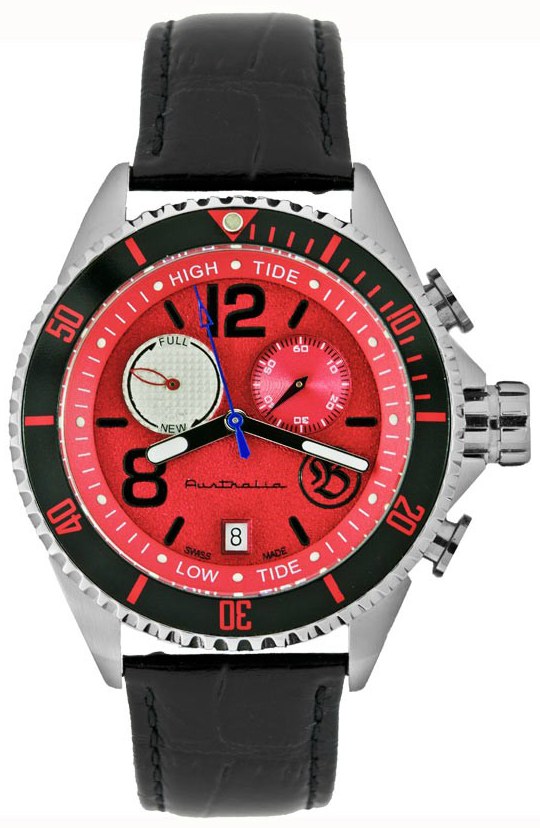 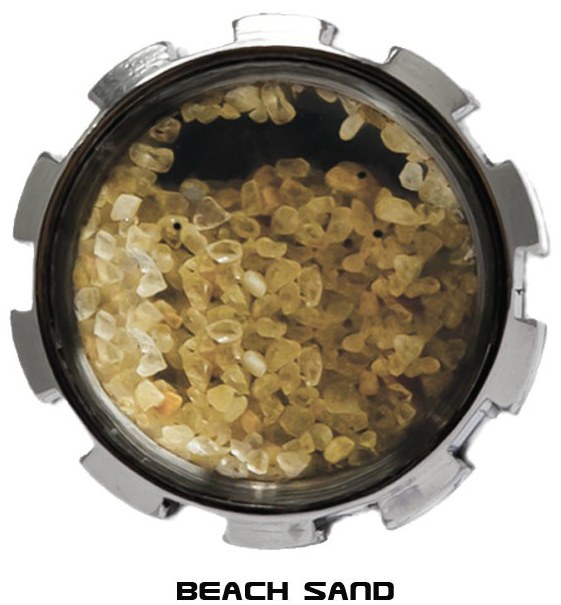 Anyway, this collection from the “down under” brand is called the Surf Watch. There is also a Yachting watch, and another type of watch I’ve never seen before made for wine bars. I don’t think the wine bar has anything to do with wines or bars, but Bausele does claim that it “will never leave your wrist.” I don’t get why they would allude to a faulty strap buckle like that.

For me the Surf Watch is really their version of some of Nixon’s popular fare, just translated from San Diego to Sydney. Actually, unlike the Nixon 51-30 for example, this watch is just 40mm wide. That makes sense given the rather large crown, but I think they could have ‘destroed’ (put the crown on the left) the sand capsule and increased the case size a bit. That way the wearer could at least have gotten dirt glimpses regularly while wearing the watch. 40mm is good for a teenager perhaps, I just think that with designs like this they would have done better making them a bit larger. The Yachting Watch alternatively is 43mm wide and the Wine Bar watch is 36m wide. That little fact combined with the “Cheers Ladies” text on their website should indicate that the Wine Bar piece is a ladies watch. 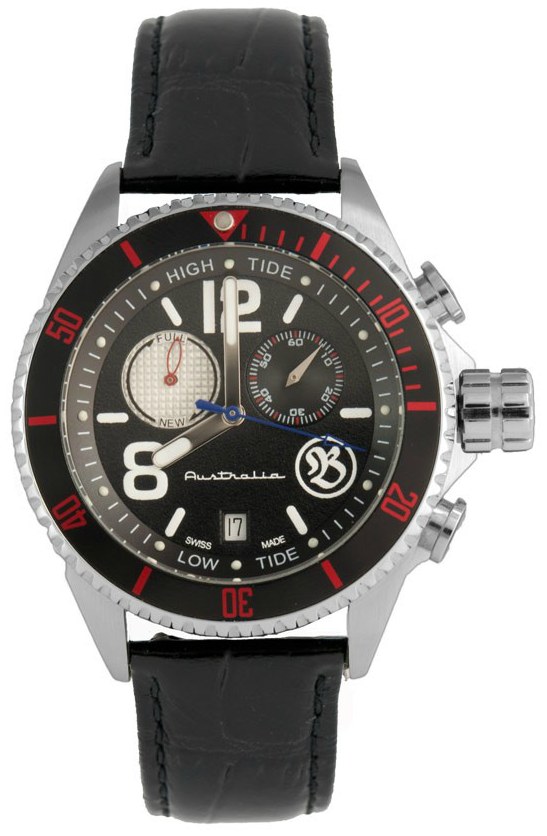 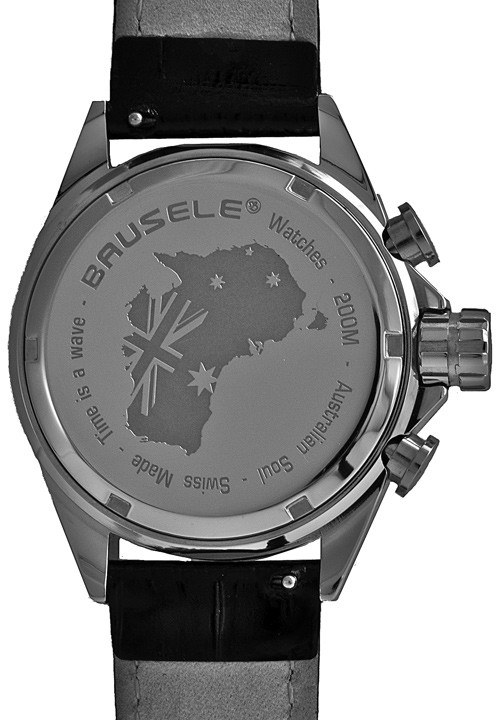 There are various versions of the Surf Watch with dial colors such as red, black, and sandy tan. Strap choices include leather, rubber that looks like a bracelet, and a full metal bracelet. The cases have rotating bezels and decently designed dials. The hands and hour markers are pretty easy to read, but the watch functions need some explanation as few timepiece dials are laid out like this. First of all, the movement is done by Swiss ISA. This movement maker is really interesting and I’d like to get to know more about them in the future. As far as I know they are a sort of a smaller-scale movement maker for those who want movements that do more than just tell the time. They also seem to produce only quartz movements. I have a few watches with ISA movements and they are all quirky to say that least. Not that quirky is terrible, but I’ve never had one with functions that screamed simplicity to me.

In this watch is a quartz ISA movement with the time with subsidiary seconds dial, moon-phase indicator, tidal range indicator, and the date. The subdial for the moon phase is pretty minimalist. It uses a hand and no pictures of the moon to indicate the basic phase of the moon. It actually works rather well for those who don’t need too much imagery and is technically useful to those wanting to know when the best waves will be.

The tide indicator works with the moon phase and uses a hand on the main dial that looks like the seconds or chronograph hand. See what I mean by quirky? If you didn’t know better you’d think this watch was some type of chronograph – but it isn’t. That is especially due to the pushers on the case. That thin tide hand moves once around the dial each 12 hours, 25 minutes, and 14 seconds. You do get a relatively straight forward display on whether it is high or low tide, and whether the tide is going in or out. While there are fancier tide chart watches with digital graphs, the combo of tide and moon indicators on this watch actually do offer relatively basic, but useful tools for surfers wanting to know more or less what to expect at the beach.

The Surf Watch is water resistant (not “proof” as Bausele claims on their website) to 200 meters and likely has a mineral crystal. Price for the watch is a pretty economical $370 – but at that range people who are serious about tidal data or surf watches have a lot of other options such as almost top-of-the-line Casio Pro Trek watches. Those interested in Bausele watches will be so because of the style, sand, and Australian connection. What I suggest to Bausele is clean up the text and claims on their website. It is clear that they are a new brand and need to polish up how they present things a bit. Some of the site text and images just come across as cheesy, and other statements are outright outlandish. Such as “[Bausele is] undoubtedly one of the most competitive Swiss-made watch brands.” Really? The good news is that brand seemed to have been started by a few guys with long-term experience in the watch industry and with a few years of refinement they could have a pretty nice Australian-themed product.