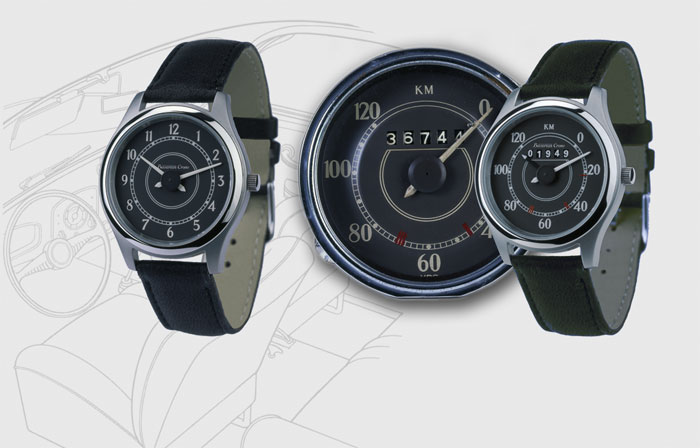 This will not be the first time that a watch face was designed after an automobile instrument panel, but this time there is no hiding the fact. In an obvious wave to the cultural icon that Volkswagen cars have been for so many over the years, Bavarian Crono (“Chrono” for us English minded folks) offers a line of watches that have very faithfully mimicked the look and feel of selected classic VW instrument panels. Currently there are 10 watches in the collection, but I suspect more will be added if this collection grows more popular (Bavarian Crono already has a few Mercedes-Benz and Jaguar themed watches).

Bavarian Chrono started by taking a look at the exact instrument gauges in only VW Beetles. You are probably thinking that all the dial is, is the speedometer. Well in a lot of these cars, that is all there was. No tachometer, not much else. That is why a lot of the warning lights, fuel gauge, etc… are packed into this singular dial,  and all that is reproduced in the corresponding watch. The line ranges from a 1946 Beetle to the 1971 Beetle. There is also the instrument panel from the Italian designed 1966 VW Karmann Ghia, and of course the VW Bus T1 model from 1961 that inspired to many and barely made it up hills. I think in mint condition a VW Bus tops out at about 85mph. Which is funny because that speed is actually more than the Bus T1’s speedometer allowed for. The gauge topped out at 120kph, but 85mph would be about 136kph. That is actually amusing as I am used to modern cars having a speedometer that ends way above a car’s top speed (my car’s speedometer tops out at 200mph, but I’m never gonna be seeing speeds anywhere near that unless my car is involved in a free fall). But, damn, I understand those were competent little people haulers even if they looked small from the outside. 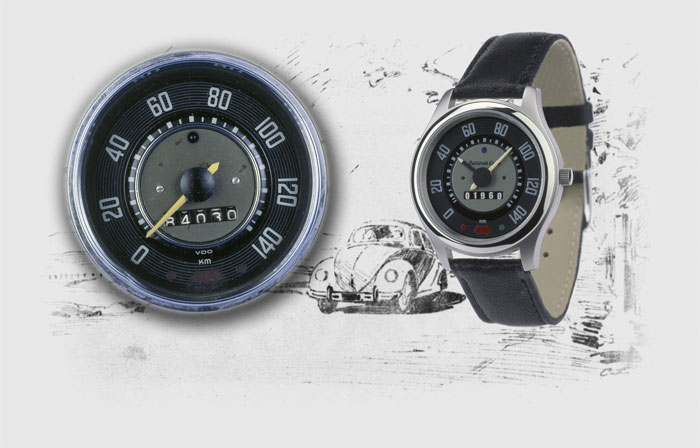 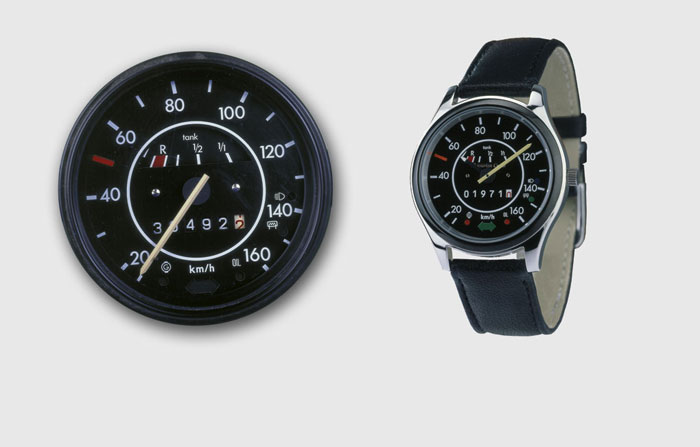 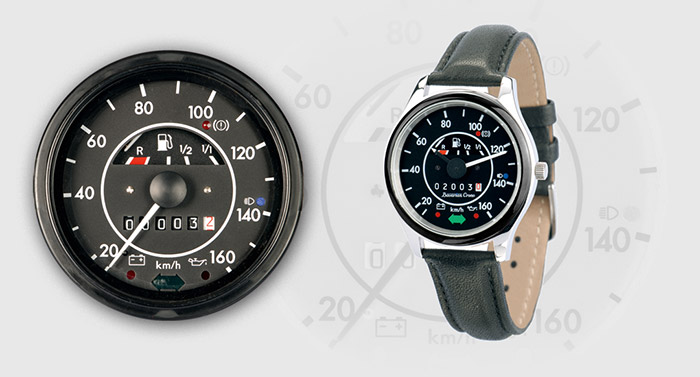 The entire Classic Cronos line for VW is very well priced at between 123-249 euros. A lot of what you are paying for is the look of course. Inside are Swiss Ronda quartz movements and the dials just feature the hour and minute. The standard gauge pointer that was on the original dial is the minute hand, and you’ll notice how an hour hand was slyly inserted in the mix. The odometer on each of the dials is set to the year of the VW gauge’s first appearance, just to remind you. That is a nice little touch, and exactly what I would expect from the Germans.

The watches come on leather straps which can be had in various shades of brown or black, and are meant to match the dial and watch overall. I would get a kick if the straps were made from the original types of cloth that were used on the seats of the car model in question… that would make for hideous looking watch straps! The watch cases are 37mm wide, which is on the “medium side” but that is ok for a watch of this type. The diminutive bezel makes for a large looking watch. 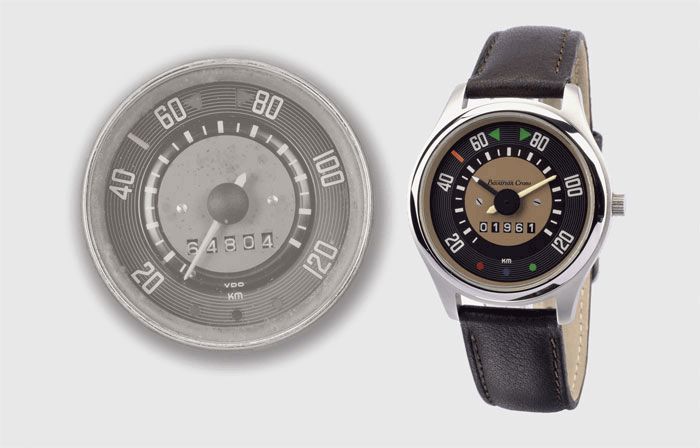 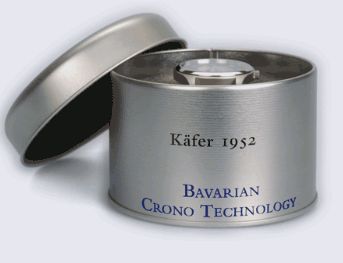 It is really interesting to observe the evolution of the VW Beetle instrument cluster design. Bavarian Crono designer Eckehard R. Franz communicates the great efforts he utilized in the recreation of the dials, especially the hands. The first  panel from 1946 was designed by the great Ferdinand Porsche. It was shared on the first Porsche model in 1947. Then the design seems to follow a minimalist approach into the 1950s and 1960s, but still embodies a hip sense of style mixed with the “space age” design approach common to the time. Closer to the 1970s, and of course with the Mexican Beetle, you begin to see a vastly more economical approach to design. Less use of textures and design prowess in exchange for a more efficient utilitarian look. This makes sense as the market’s evolved and the VW Beetle has remained for much of its life a practical and economical car with only Spartan amenities. The Mexican Beetle is so named because of its construction in VW’s Mexican factories. It is actually interesting, because the same model Beetle was consistently produced for about 30 years with little to no changes. Of course, these models were purely for non-US use. Coincidentally, the New Beetle is also produced in Mexico.

I think to myself, “what is the real appeal of a watch such as this?” In one sense, It is kinda of silly having a car instrument panel on your wrist as a watch. While you can tell the time by disregarding the gauges, you are looking at a fuel gauge and turn signal most of the time. So in that respect, it is a novelty. But then I think about nostalgia. The concept of pleasant reminders. My first car (as well as the model of my current car) was Volkswagen. I spent close to 10 years with it. No trip in the Passat lacked a few helpful glances as that instrument cluster. A lot of really good memories and feelings are intrinsically linked with that car, a quality that only a few pieces of machinery can ever hope to embody. I can imagine that a watch providing an iconic reminder to my VW Passat would have a meaningful place in my collection. This is the hope that Bavarian Crono likely has with the VW instrument panel collection of watches; and one that will likely find many receptive followers in a world with millions upon millions of drivers having similar experiences such as my own with Volkswagen cars. So thus there is a definite rhyme and reason to this collection.