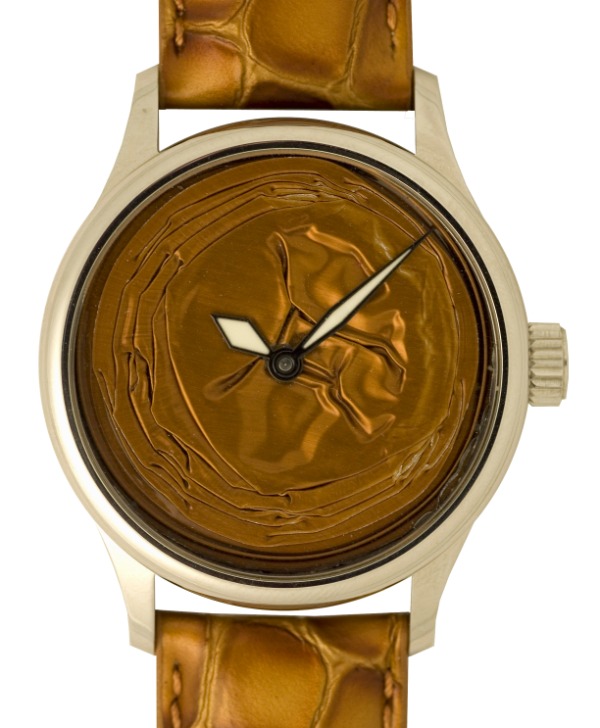 Eat your heart out Omega, there is a new George Clooney watch out there! Clooney might be a face for Omega timepieces, but Europeans are more likely to associate his visage with quick espressos as the man is always drinking Nespresso in their advertising. Watch maker Blancier has a new collection of watches called the Grand Cru which have dials made of used Nespresso capsules. Yea, that is about as appealing as it sounds.

While most people in the United States love their coffee, Europe is all about the espresso shot – and everyone loves their Nespresso machine. It uses colorful aluminum capsules (different colors are different types of ground coffee beans or flavors) for each shot of liquid energy. Once they are used, the capsules needs to be thrown away – even though you can technically recycle them. That wasn’t enough for Blancier though, they wanted to “upcycle them.” 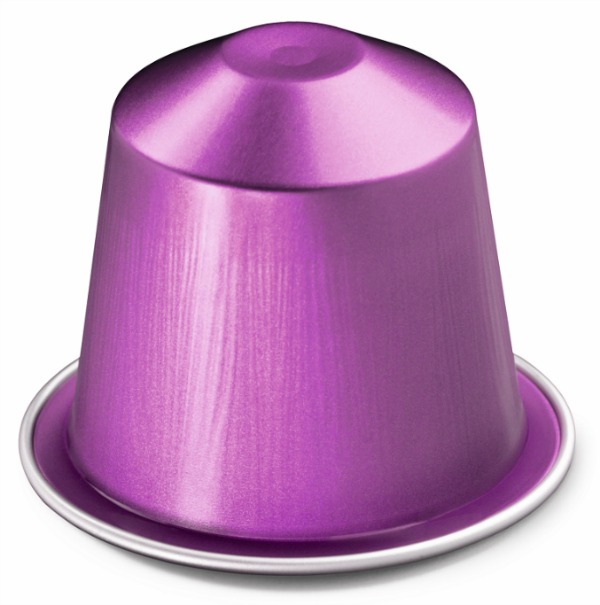 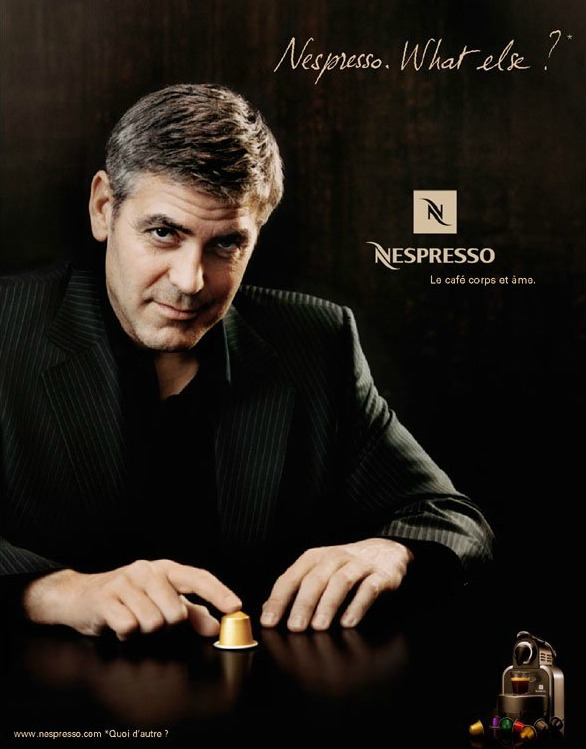 Upcycling is a newer term for me, and I think some marketing douchebag probably invented it. It refers to when you make trash into gold. Those used paper plates and plastic utensils aren’t garbage. They are waiting to be glued to a canvas and sold as modern art. All that foam packaging isn’t trash, it is waiting to be stuffed into some luxury ergonomic pillows. Those used up espresso machine capsules shall not go to waste, let’s make luxury watches out of them! Though, you won’t hear Blancier mention the Nespresso name at all. That is because they didn’t secure rights to use the name, and no doubt Nespresso would want a piece of this solid venture if their valuable intellectual property was used to help promote it.

The name of this new Blancier sub-brand is “Grand Cru.” In French “cru” means “raw,” which is a really ‘interesting’ way of looking at this aesthetic. Remember that in addition to each watch smelling a bit like stale coffee, the dials will be different. This is because the state-of-the-art used capsule smashing process is imperfect, making for slight aesthetic differences in each piece. That my friends is true art incarnate. It does beg the question though, why not name the watch “Grand Crud…” I mean “Grand Crush.” That would be slightly more descriptive. 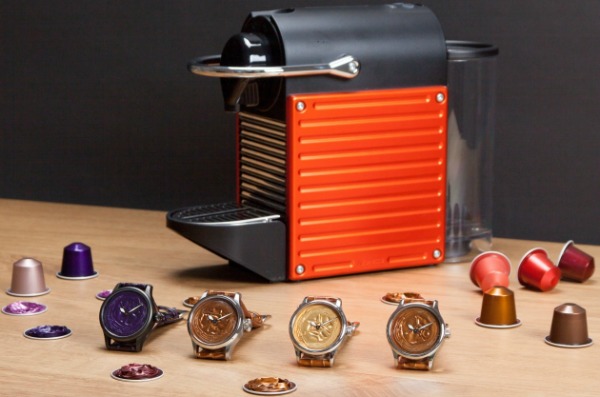 While there have been dozens of different Nespresso capsule colors, there are 11 current versions of the Grand Cru watch. Each uses a different color capsule for the dial, which otherwise only has lume-coated hands. While Grand Cru watches seems to mostly use the same case, there are at least two case styles to choose from, and two styles of hands. They aren’t incredibly interesting, but what did you expect? Cases made out of the capsules as well?

Each Grand Cru watch is 42mm wide with a steel case. Though at least one version has a gold-plated steel case. The pieces are matched to complementary straps given the range of dial colors. It amazes me that this Nespresso used coffee capsule project has turned into a full-on sub-brand with its own website and packaging. In fact, as an added bonus you get three random coffee capsules with each purchased watch. Those are likely to be the most expensive cups of coffee you will ever drink. 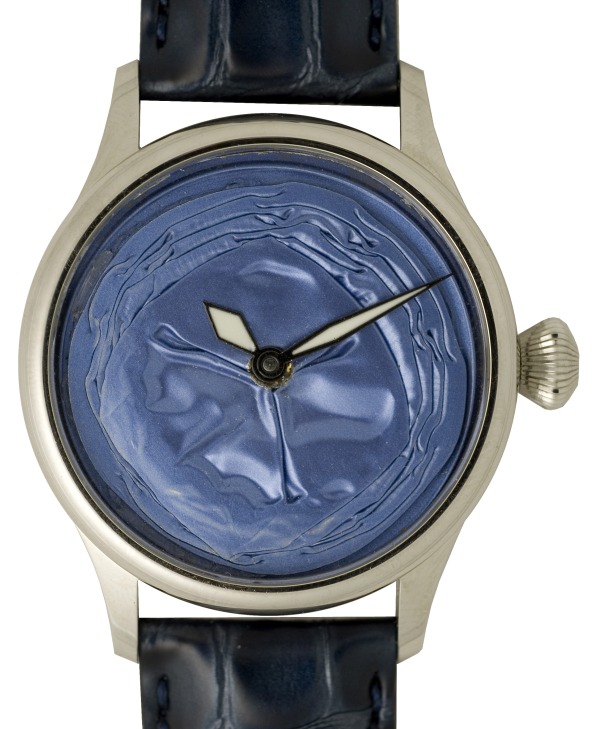 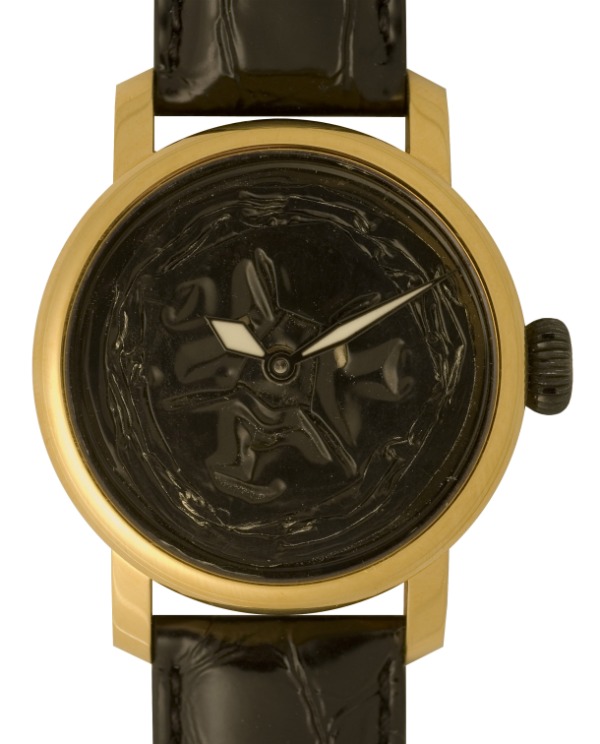 Contained inside of the Grand Cru watches are mechanical hand-wound movements. Not sure what movements, and not sure if they are Swiss. UPDATE: The movements are Swiss ETA Unitas 6748 hand-wound calibers. No idea why they aren’t automatics, but they are visible through the caseback window on the rear of the watch case.

In a sense, the Grand Cru watches are more relevant to the lives of many luxury watch owners than their typical high-end fare. Why? Well because espresso is such a dominant part of their lives. Only in Europe do I see people drink an espresso after dinner before getting to bed. As though they need that last shot to make it home before retiring for the night. I do admire the thought behind the Grand Cru concept, as it is clever and quirky. Though to me, and perhaps other people it is also incredibly silly. As is the six week waiting time required for them to build one for you if you order now. Prices from Grand Cru watches range from about 495 – 785 Euros. Get one and you’ll always know the hour when you look at the dial – which is more than likely to be “good time to get a coffee.” See more at the Grand Cru website here.