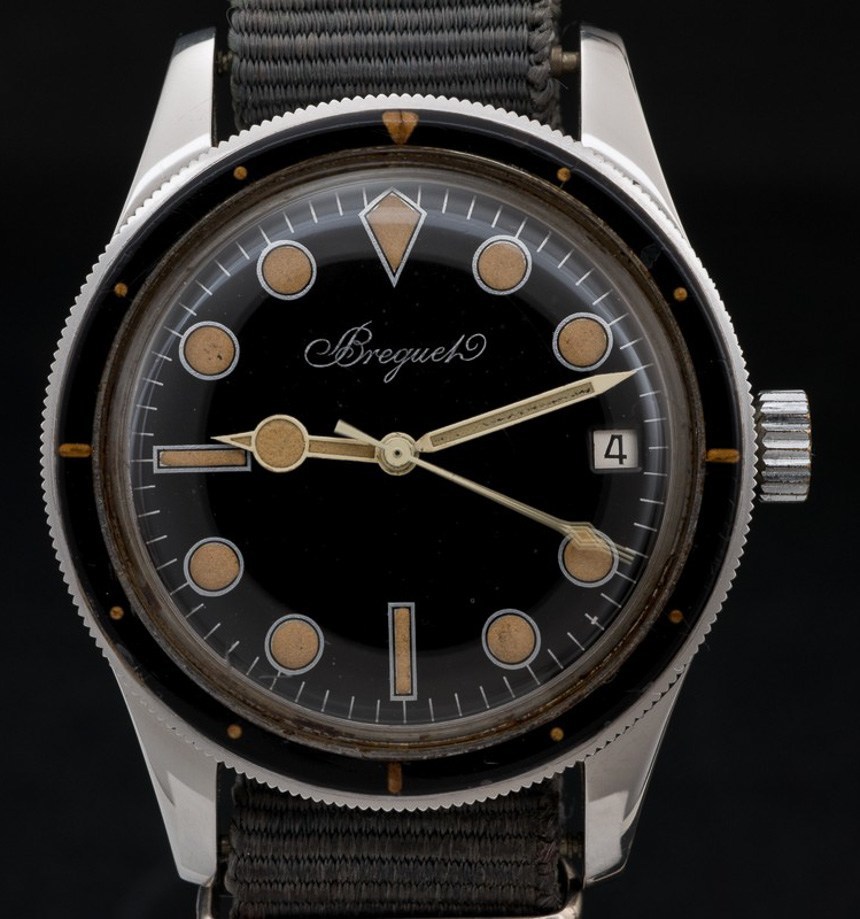 This is an interesting story about a rare Breguet dive watch previously unknown to most collectors that was produced in 1965. It is known as the Breguet No. 1646, and apparently, only 60 pieces were ever produced. We don’t talk about vintage watches all that often on aBlogtoWatch, but this is a worthy exception and I will explain why. First of all, the fact that in 2014 we are still discovering “new” vintage watches says something important about the hunt for horological history. Second, this dive watch design is unique and good enough that, before long, we will start seeing modern interpretations of it. We see enough of the same vintage style regurgitation, so it is nice to see something new thrown into the mix.

The story of the Breguet No. 1646 dive watch as I know it comes from a short report on a French watch website (linked to below) by a collector who acquired the watch and went through the laborious process of eventually having Breguet authenticate it. Upon first getting the watch, the collector no doubt began to research it. After a meticulous search, he claimed to find absolutely nothing even referencing it. What a surprise that today, with all the information out there online, not a mention of this watch was to be found. 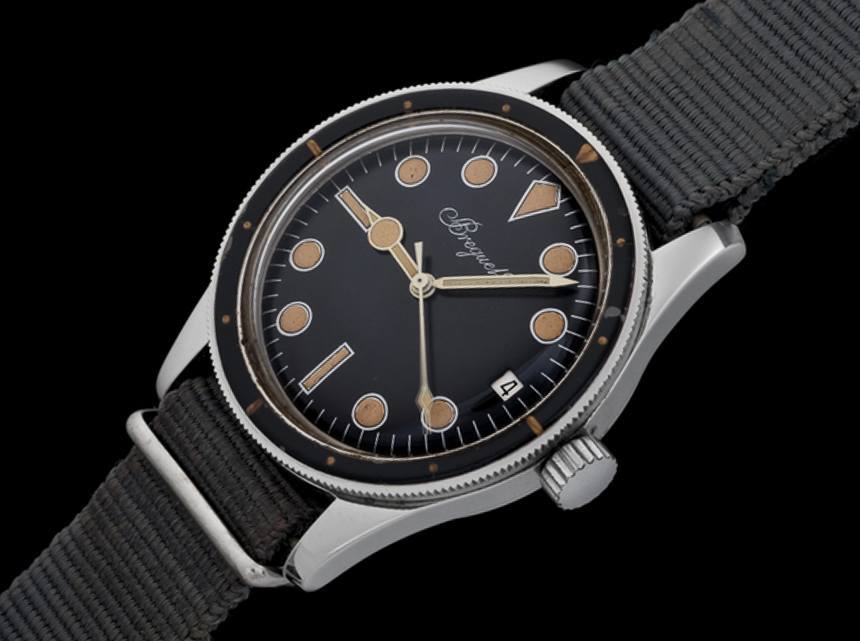 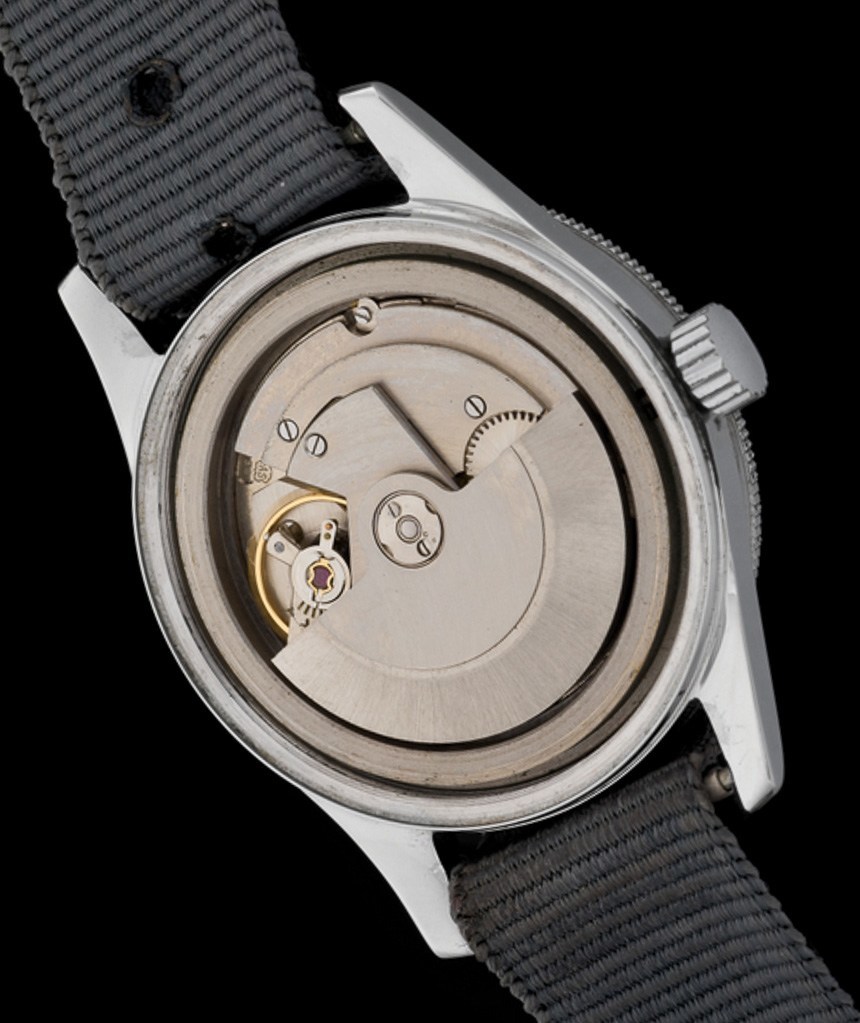 Of course, the logical presumption if you locate a “mystery” vintage watch from a major brand name, with zero information about it, is that you have something either incredibly collectible, or totally fake. You’d think that the collector would have just sent the watch to Breguet in the first place, but such efforts are not without their risk, and are incredibly time consuming. Eventually, he sent the vintage Breguet dive watch to Breguet and after a few weeks (consider that insanely speedy for a Swiss watch brand), he received an assuring call.

Breguet confirmed that the vintage diver he found was in fact an authentic Breguet and was known as the Breguet No. 1646. Breguet reported that it was built as a limited set of 60 pieces in 1965. It actually looks like an earlier piece, but it would not be out of style at all for 1965. Of course while the Breguet 1646 has some serious Rolex Submariner design cues, it does features some novel elements that I find to be quite attractive. 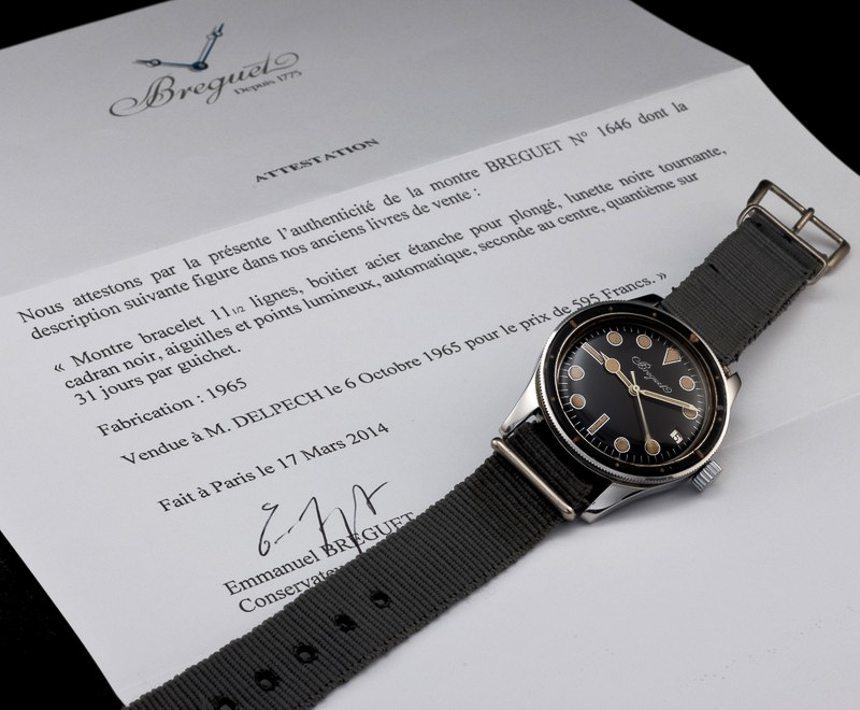 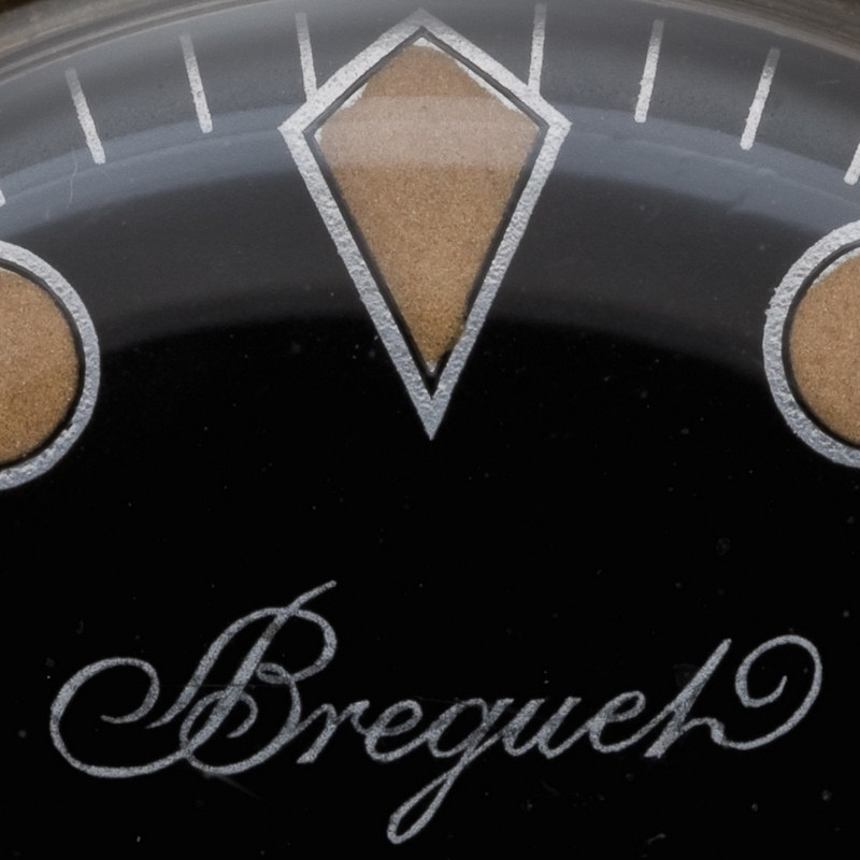 I rather like the large-sized hour markers which are filled with lume. The rotating diver’s bezel (produced from Bakelite) is relatively thick with attractive minimalist indicators that also appear to be lume-painted. The case is remarkably thin for a dive watch, though we don’t know what the case diameter is.

Important details such as the water resistance of the case aren’t known. The Breguet 1646 does, however, feature a screw-down caseback and crown, so I am going to presume that it had at least 100 meters of water resistance – which would have been common for the time. The clean dial is devoid of markings save for the Breguet brand logo as well as the window for the date disc. The case is further devoid of markings. 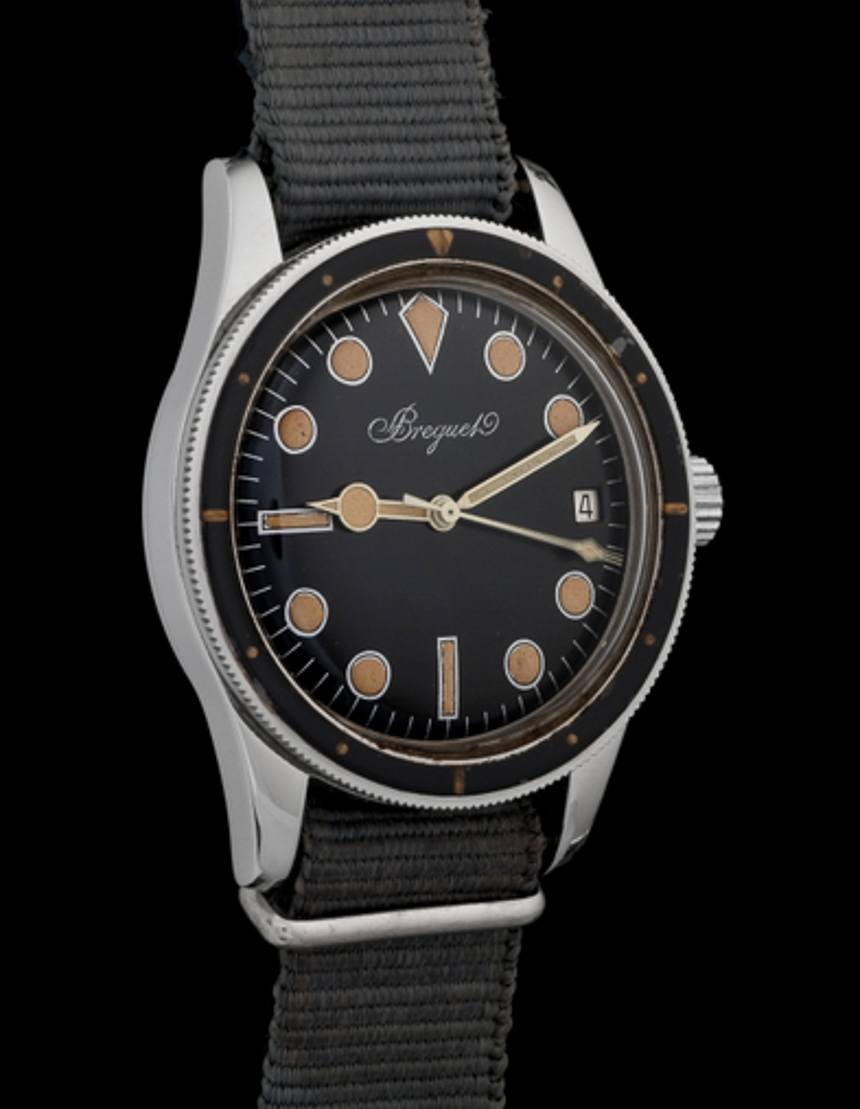 It is unlikely that the NATO-style strap was the original. In fact, I am almost positive that it is not an original strap. Despite being worn a bit and loved, this Breguet 1646 seems to be in very good condition, and the collector who now owns it in London is probably very happy with their acquisition. It just goes to show that gems like this are still out there, albeit incredibly rare.

Inside of the Breguet 1646 dive watch is an A. Schild (AS) automatic mechanical movement, though it isn’t clear which caliber reference number it is. The movement appears to be very basic and designed as a workhorse – which makes sense given the nature of this sporty dive watch. It is entirely likely that Breguet did not produce the No. 1646 as a commercial watch but rather as a commission piece for a particular commercial or private purpose. Though, Breguet to this day has records of the first No. 1646 buyer. The price paid for a Breguet No. 1646 dive watch in 1965 was 595 Francs. That was not at all cheap back then either. The Breguet No. 1646 will remain an incredibly rare dive watch and will of course be a sought after vintage sport watch for collectors. I am mostly interested to see when the Breguet of today produces a modern version of their Marine with the No. 1646’s dial. breguet.com