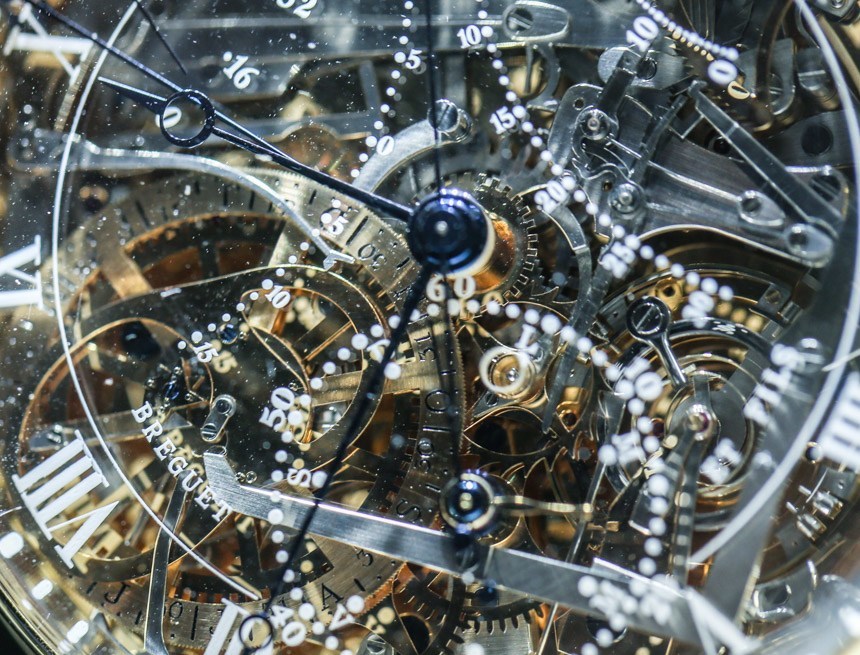 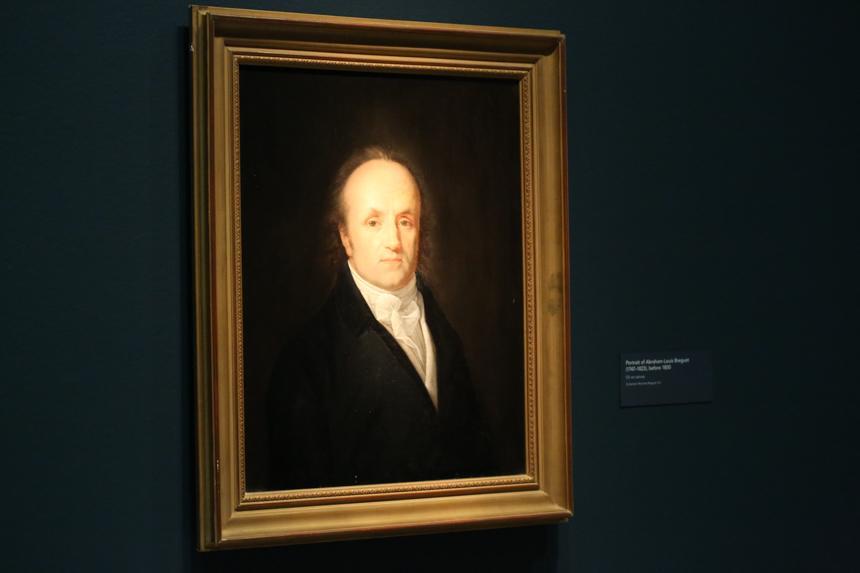 Whenever one of the oldest and most esteemed watch brands puts on an exhibit, it’s worth paying attention. Breguet has been producing high-quality timepieces since 1775. Aside from conceiving the tourbillon, Abraham Louis Breguet – the company’s founder – inspired generations of watchmakers. The son of John Arnold, one of the most celebrated English horologists whose name still decorates the dials of Arnold & Son watches, was Breguet’s apprentice; the late great English master George Daniels was a Breguet devotee; his protégé, the Isle of Man-based Roger Smith is clearly inspired by Breguet’s aesthetic. This year, at the Breguet: Art and Innovation in Watchmaking exhibit, which opened on September 19th, 2015, at the California Palace of the Legion of Honor in San Francisco, we celebrate the mechanical miracles born of Breguet’s genius and the 240th year of Breguet’s existence. Such an unusually large collection of antiquity’s finest tickers facilitates comparison between the horological highlights of history with the top timepieces of today. 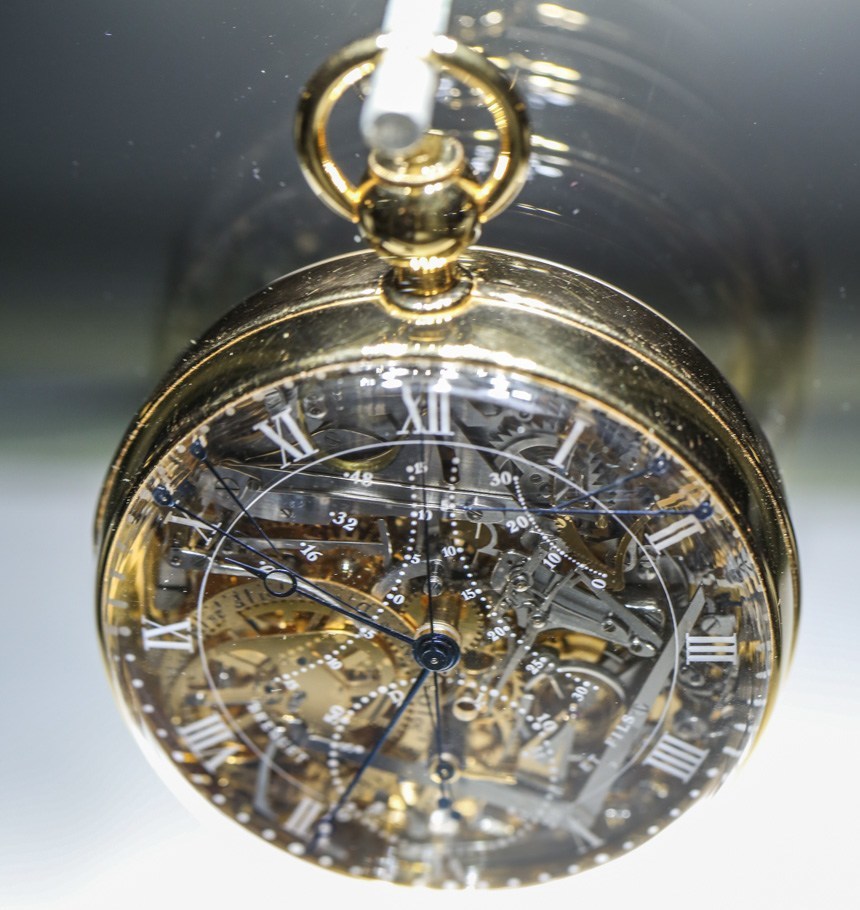 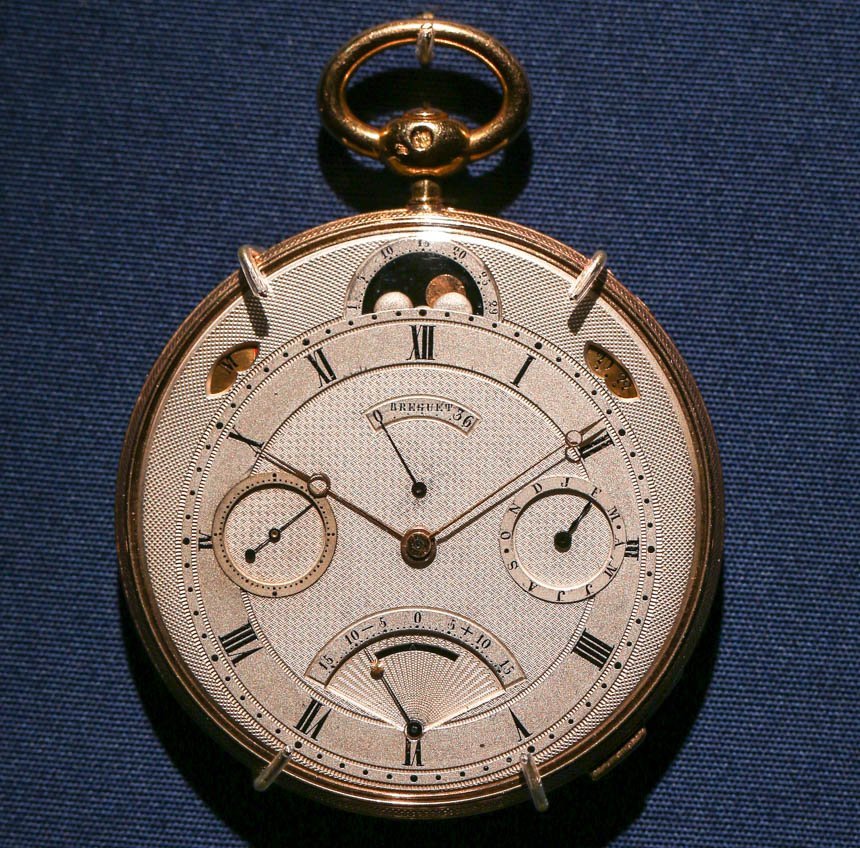 The Breguet: Art and Innovation in Watchmaking exhibit will run until January 10th, 2016, so there will be plenty of time to visit and view the collection, which contains 70 pieces, tracking Breguet’s development from the simplest, single-handed watches he made, to the most complex. Early marine chronometers and exquisitely decorated clocks (some featuring bronzes by Thomire) will line the halls. The exhibit marks the largest collection of its kind ever assembled in the United States. In comparison to the Patek Philippe museum in Geneva, the collection is trifling, but its significance is anything but. Contextually speaking, Breguet’s importance is hard to overstate. Think about this: Antoni Patek, one half of what was to become Patek Philippe, started making pocket watches in 1839. By that time Breguet had been dead for 16 years. 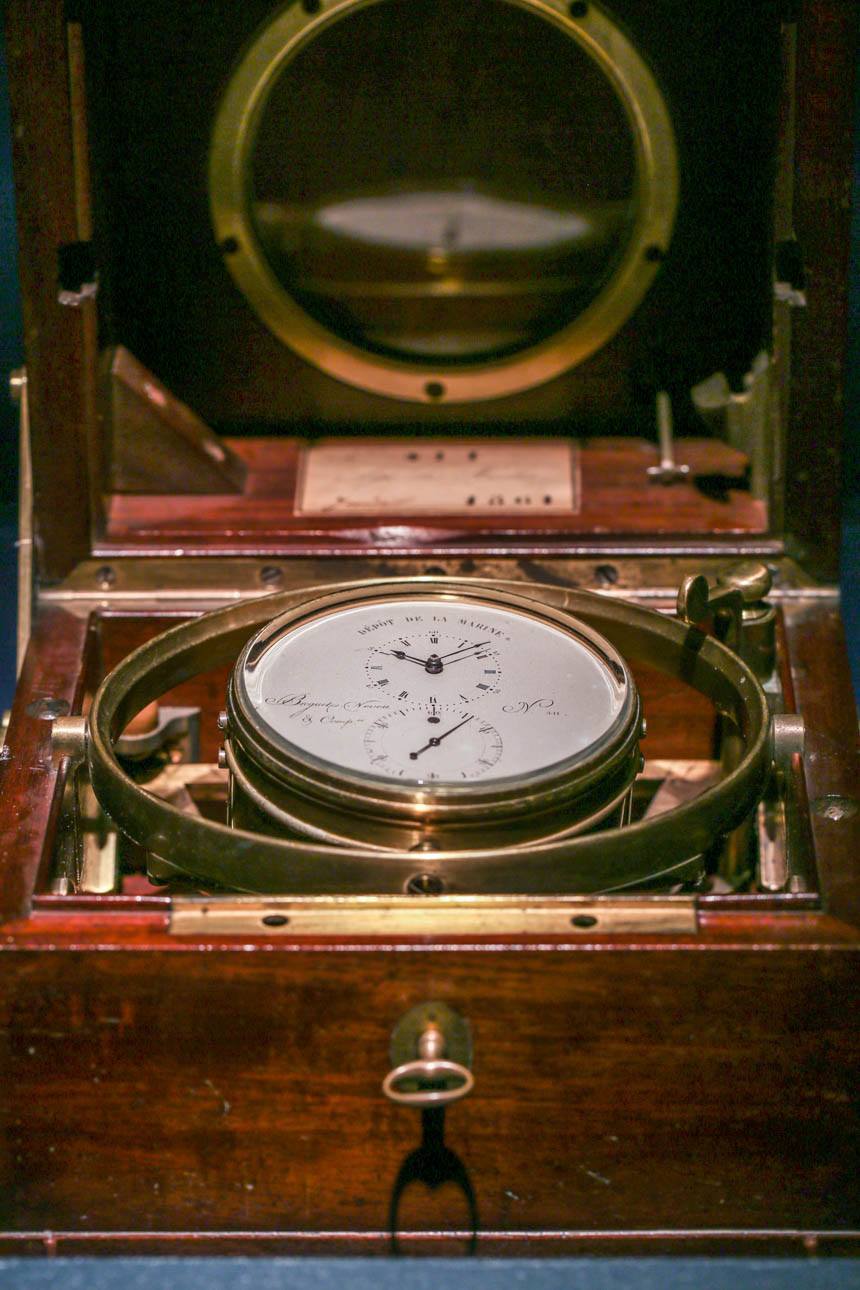 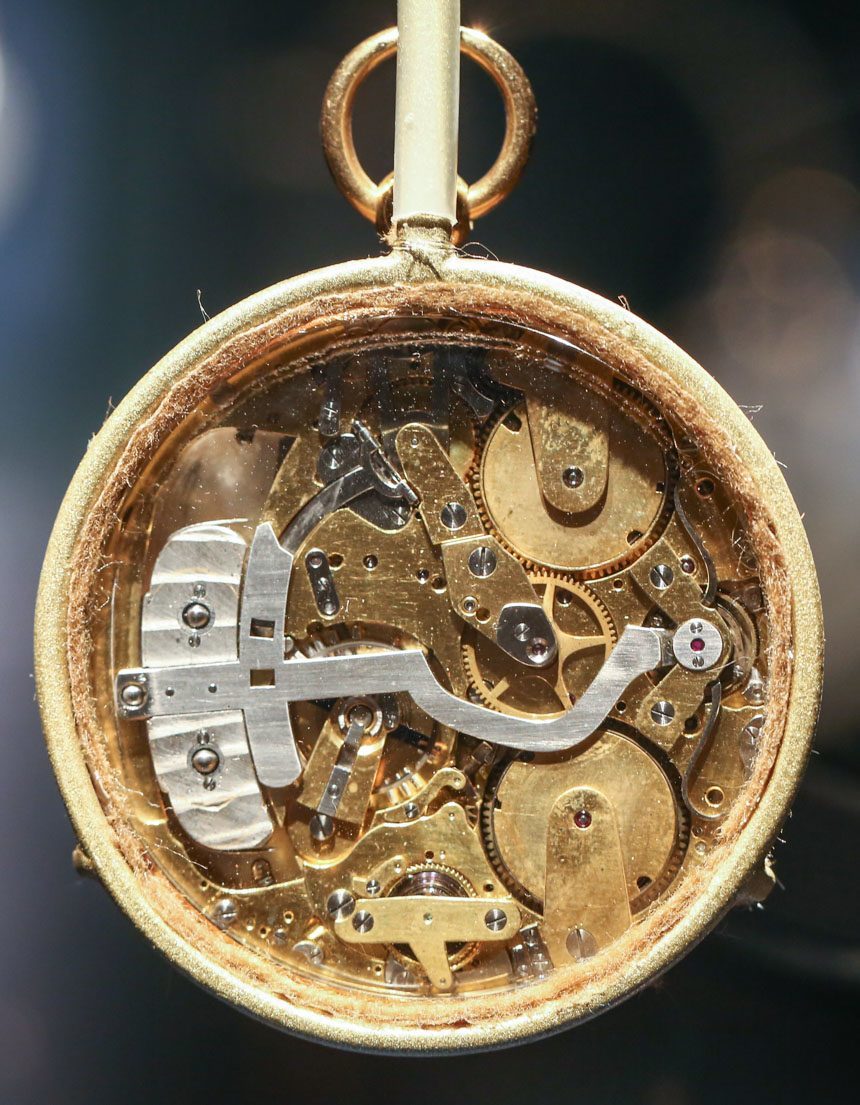 We’re used to hearing about game-changing men and women who weren’t properly appreciated within their lifetimes, but this was not the case for Abraham-Louis Breguet. At the time of his death, he was regarded as the world’s finest watchmaker, with his timepieces gracing the pockets of the rich and royalty. A replica of perhaps his most famous piece, the Marie Antoinette watch (hands-on article here), is also on display as part of the exhibit. Even with modern techniques and centuries of refined know-how, the watch took three years (2005-2008) to complete. 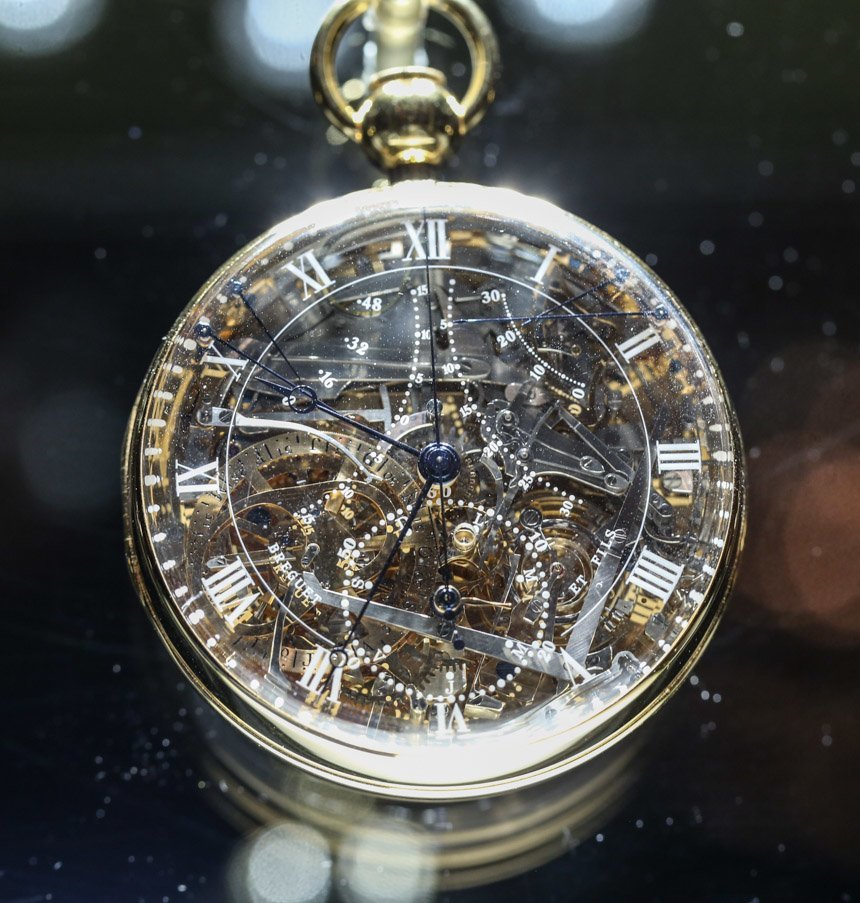 It was unveiled just months after it was announced the original, which had been stolen in 1983, had been recovered. The style of this modern incarnation is true to that of the original. Its beauty is not to be sniffed at. It is most certainly a piece fit for a queen – it’s just a shame she never got to see it! The watch, which was commissioned in 1783, remained unfinished at the outbreak of the revolution. It was eventually completed in 1827, when it was acquired by Dr. David Solomon. 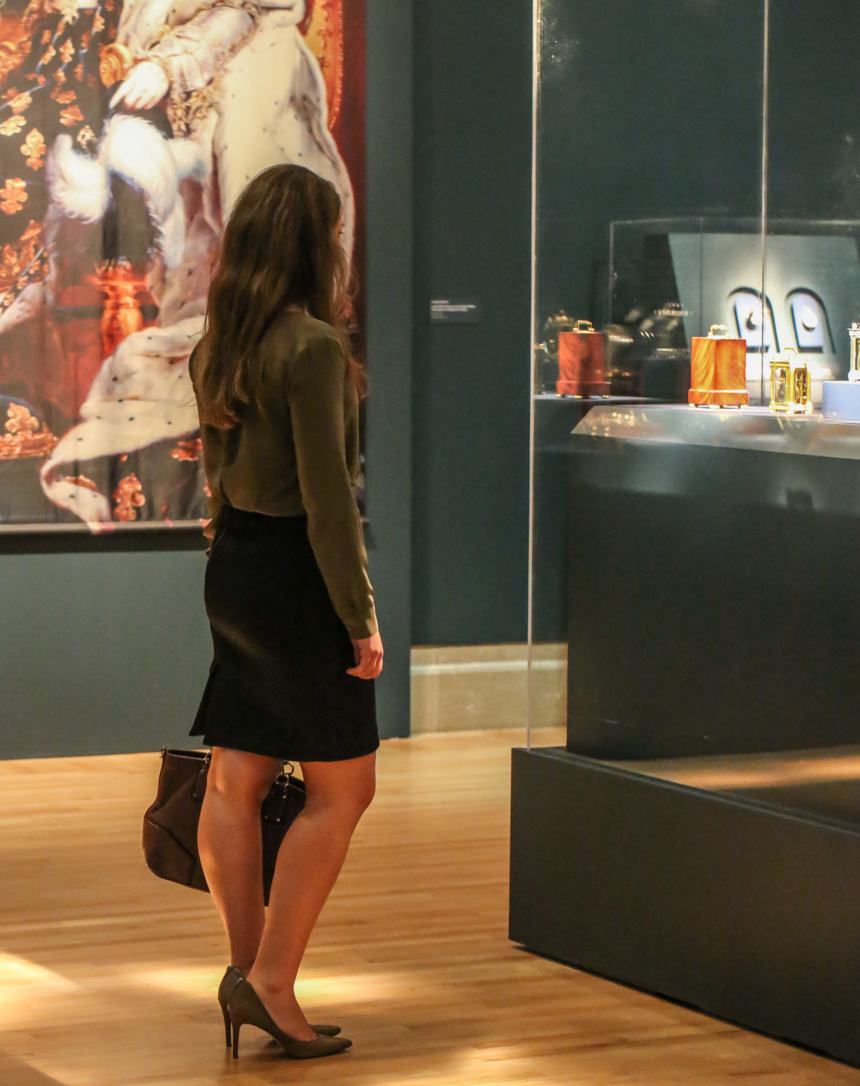 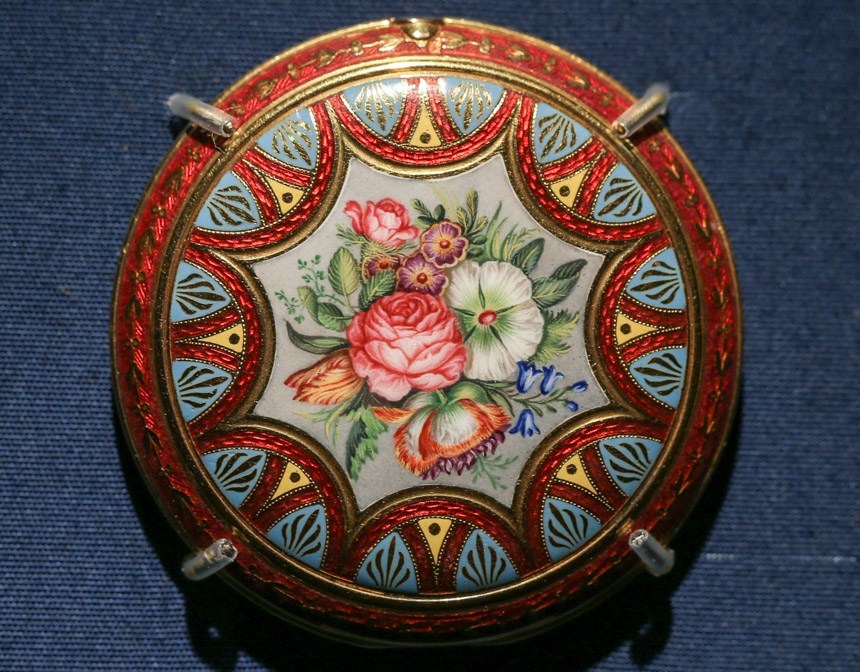 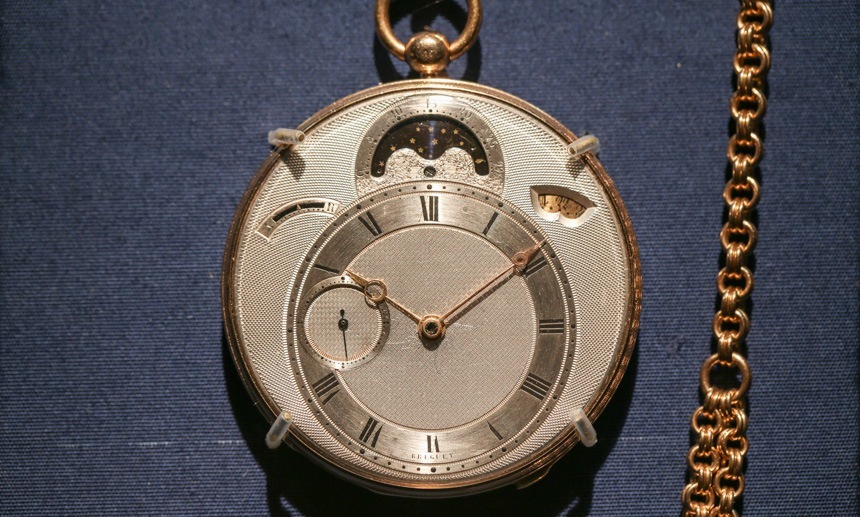 The exhibition is particularly interesting because it showcases the diversity of Breguet’s output. The collection illuminates his purely scientific instruments as well as the many and various objet d’art for which the Swiss master was responsible. The late George Daniels, inventor of the co-axial escapement and lifelong Breguet aficionado, endeavoured to emulate his hero by mastering all the trade skills necessary for the construction of a watch from start to finish by one man. An appreciation of the different crafts required to complete a timepiece that is not only functional but beautiful too is bolstered by this collection. And with an increase of that appreciation, it is only natural that one’s respect for Breguet might also climb. 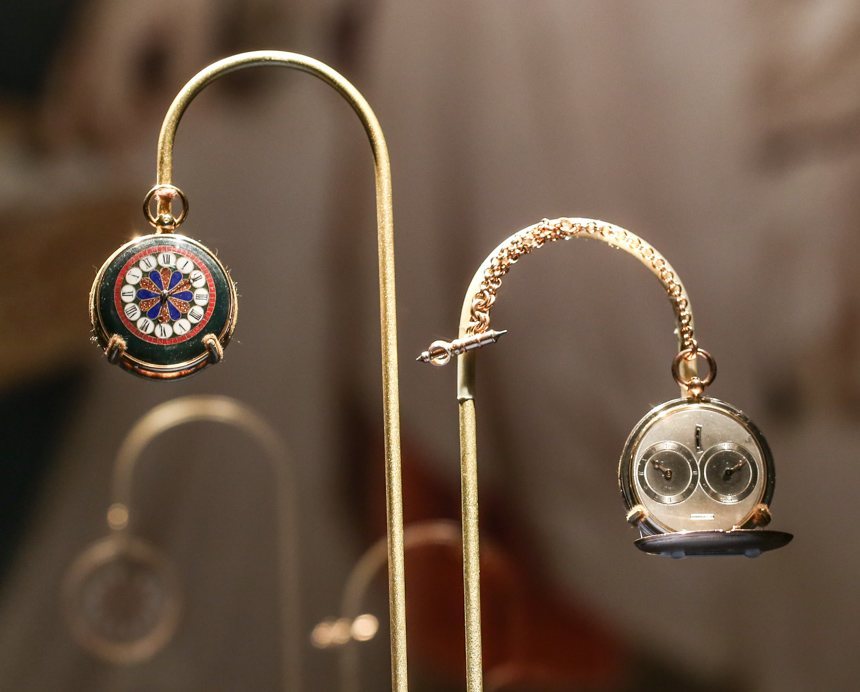 Born in Neuchatel in 1747, Breguet founded his business in Paris in 1775. His dedication to the technical and aesthetic improvement of horology set him apart from his peers. Rather than this being cause for jealousy or envy, Breguet’s skills as a people-person endeared him to those he met. He was well-known and well-liked in many countries. His personality, coupled with his life’s work, saw to it that his pieces were highly coveted before and after his death. 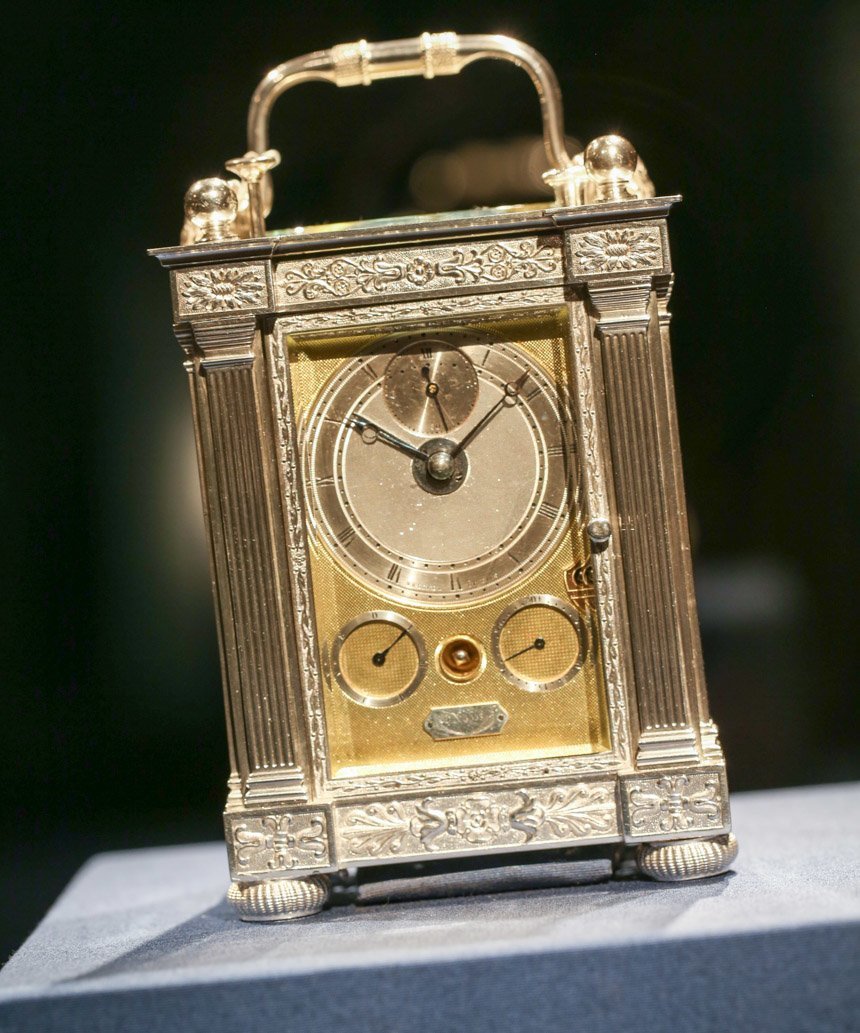 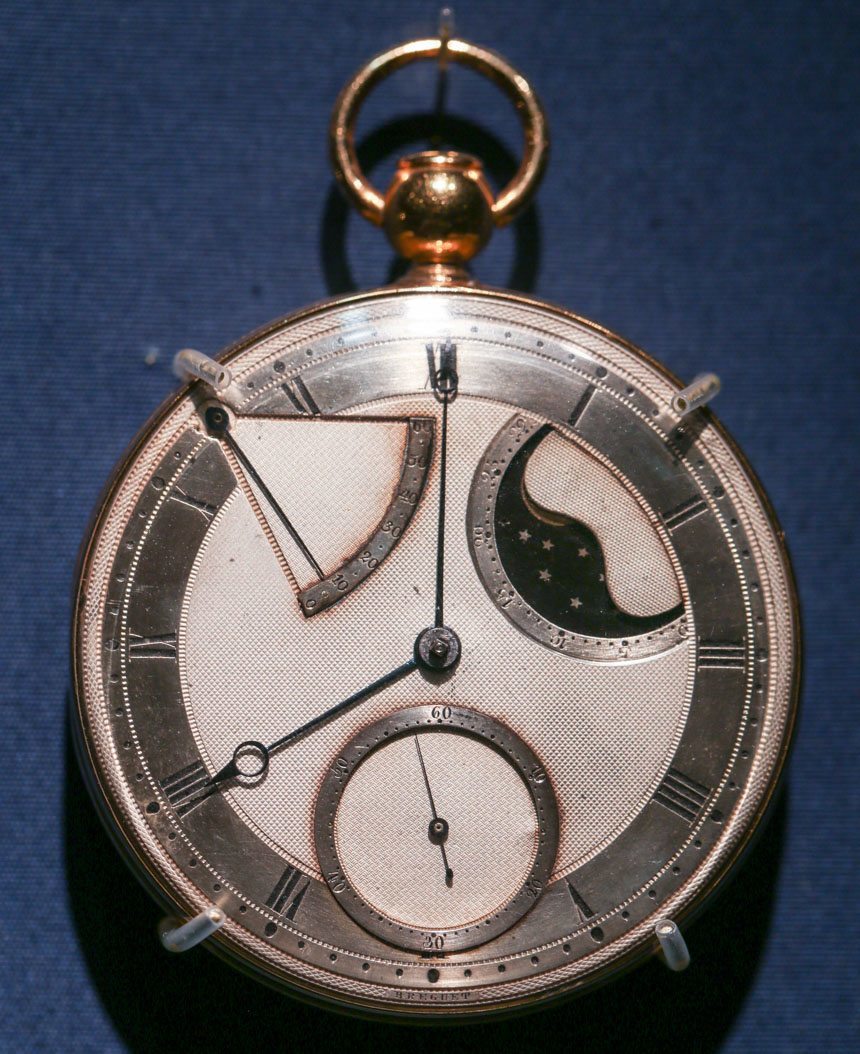 One thing that will be apparent if you take the time to view this intriguing retrospective, is the way the Breguet brand has moved with the times. Stylistic preferences and shifts in fashion can be seen keenly reflected in the collection. What is perhaps more startling, are the massive jumps in technology made by the brand in its early days. Maybe it’s no coincidence that the California Palace of the Legion of Honor is hosting this prestigious event, given its relative proximity to Silicon Valley, another hotbed for change as the workshop of Breguet once was, all those years ago. breguet.com