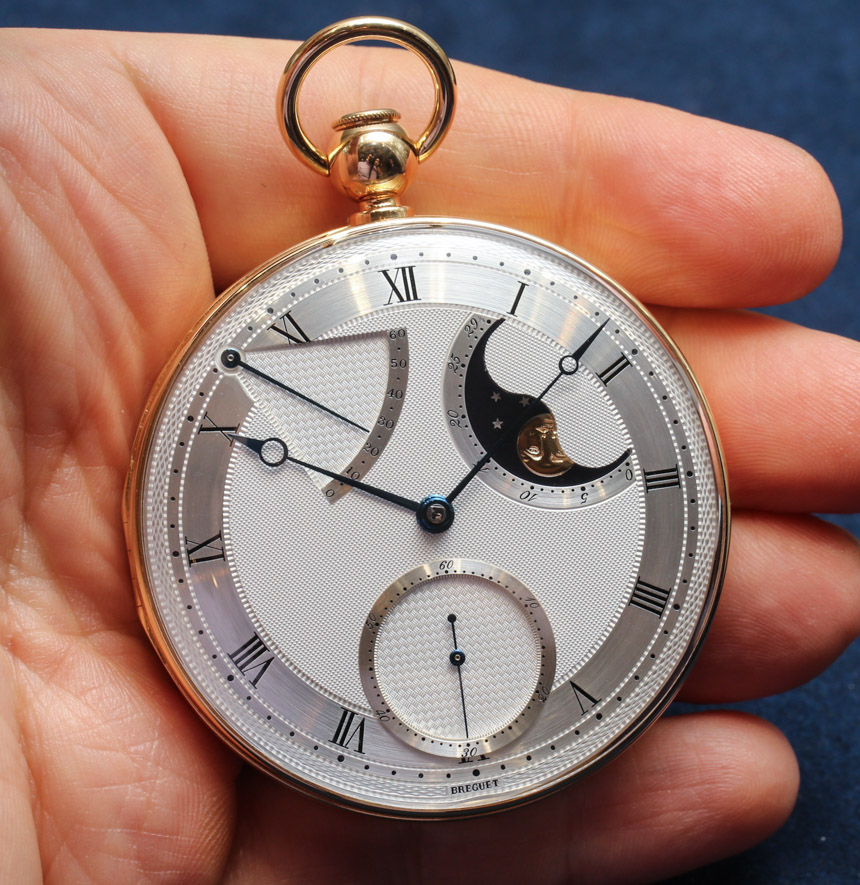 There are two types of luxury watch brands today when it comes to a history of value. There are some brands which ascended to a luxury position after being a tool or instrument watchmaker for many years. This often occurs when their products or technology is technically outdated, but there is still a high-level of appreciation for their products. So to remain in business, these companies reduce production, ideally increase quality, and sell their items as enthusiast products. This is the case for many of today’s luxury watches brands. The quartz watch revolution forced them to go up, or get out.

Then there are other watchmakers who have a real history of luxury. These are companies who have often been producing timepieces for the very rich for a very long time. Brands such as this are rare, and most of them are very well known. Examples are brands such as Patek Philippe, Vacheron Constantin, and of course Breguet. What makes these brands extremely legitimate as luxury product makers is that they have been doing so for a very long time. In the case of Breguet, it wasn’t so much a desire to make exclusively luxury products back in the 18th and 19th centuries, but rather a reality of what it cost to produce timepieces. These marvels of technology were things only the ultra rich could afford. 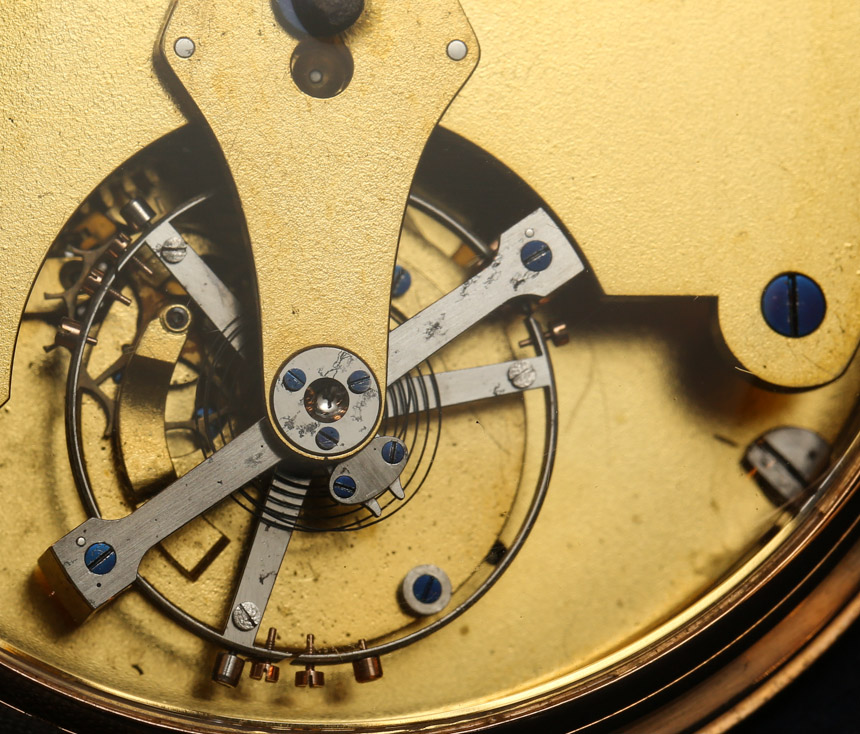 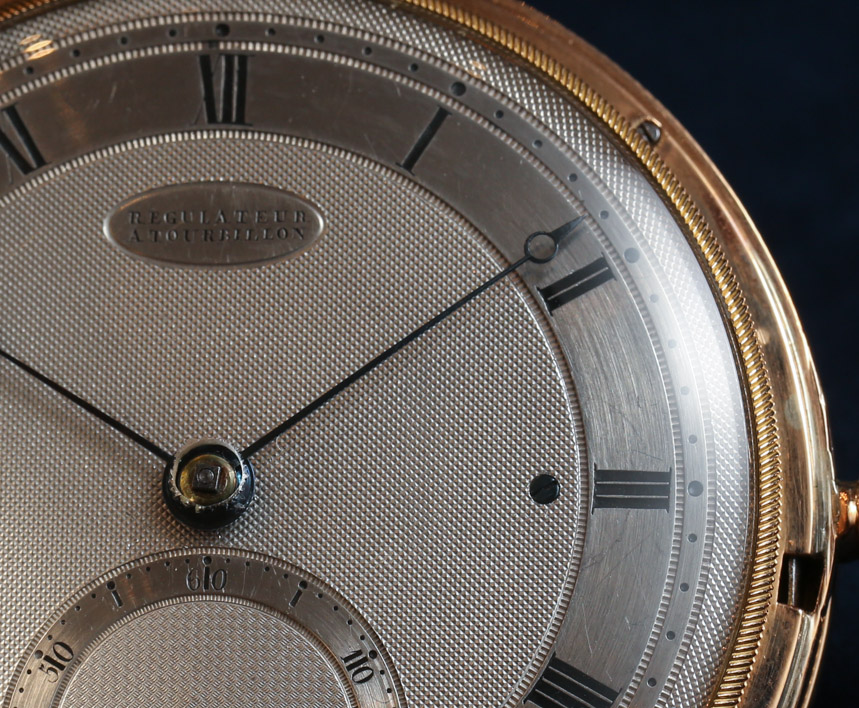 When you look at surviving Breguet pocket watches from the days of Abraham-Louis Breguet himself, this fact becomes incredibly obvious. Produced in a time before electricity, many original Breguet pocket watches appear to have been produced just a few years ago. The perfection of the cases, the crispness of the dials, and the technology employed is outstanding, and there is no question that every available ounce of effort was put into their design and construction. Today we look at an antique original Breuget pocket watch, as well as two modern pocket watches they produce in small numbers that of course are inspired by the past.

Original Breguet pocket watches exist all over the world, in museums or in the hands of private collectors. A few beautiful Breguet pieces are located at the Musee International d’Horlogerie (MIH) in La Chaux-de-Fonds in Switzerland (visited here). They are very rarely sold, and when they are, it is often Breguet the company that purchases them. This is the case with the Breguet Ref. 2567 from 1812 that I got to enjoy hands-on and photograph for you among the pieces in this post. In 2005, Breguet purchased this watch via an Antiquroum auction for 253,750 Swiss Francs. Not record-breaking for a pocket watch, but for an original tourbillon produced in the workshop of Abraham-Louis, that is a pretty good deal for over a quarter million dollars. The link actually has some interesting history on the piece and its chain of ownership. Note that the ref. 2567 was originally sold in 1812 for the price of 1,800 Francs. 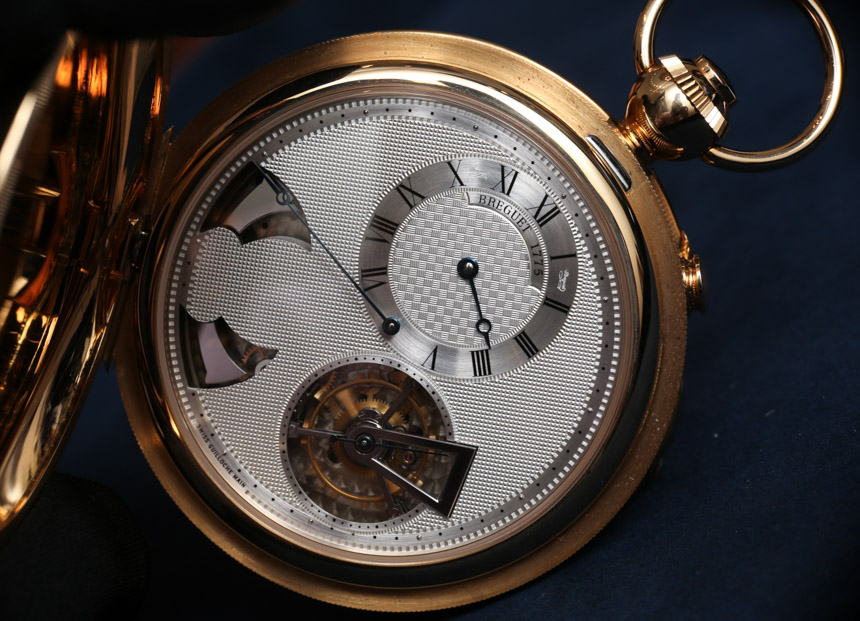 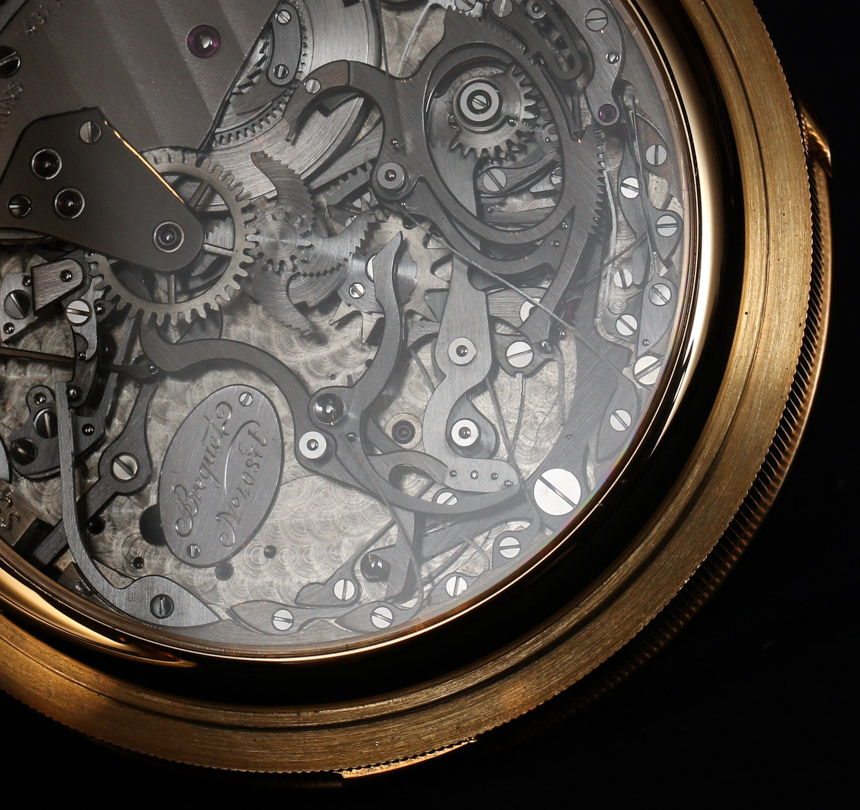 Prominently engraved on the dial is “Regulateur a Tourbillon.” This was a pocket watch produced less than 20 years after Breguet patented the tourbillon, and this is a rare pocket watch with a tourbillon movement. Breguet referred to this invention as a “tourbillon regulator” because it was intended to be a much more accurate timepiece. The tourbillon was then, probably much more than it is now, extremely difficult to assemble. The ref. 2567 has an all gold case with a guilloche engraved hunter-style case back the opens to reveal the movement. A crystal is placed over the movement with a small holed drilled into it for the winding stem.

The simple dial of the 1812 masterpiece is beautiful in typical Breguet style with long pomme-style blued hour and minute hands and a subsidiary seconds dial. Note another small hole drilled into the crystal over the pivot where the hands are mounted that allows for adjusting the time. Holding this 200 year old item in your hand, knowing just how long it took to produce when it was made, and what it was worth back then is awe inspiring. Forget current value both monetary and collector. It would have only been the aristocratic elite of France that would have been able to enjoy and use a timepiece such as this. 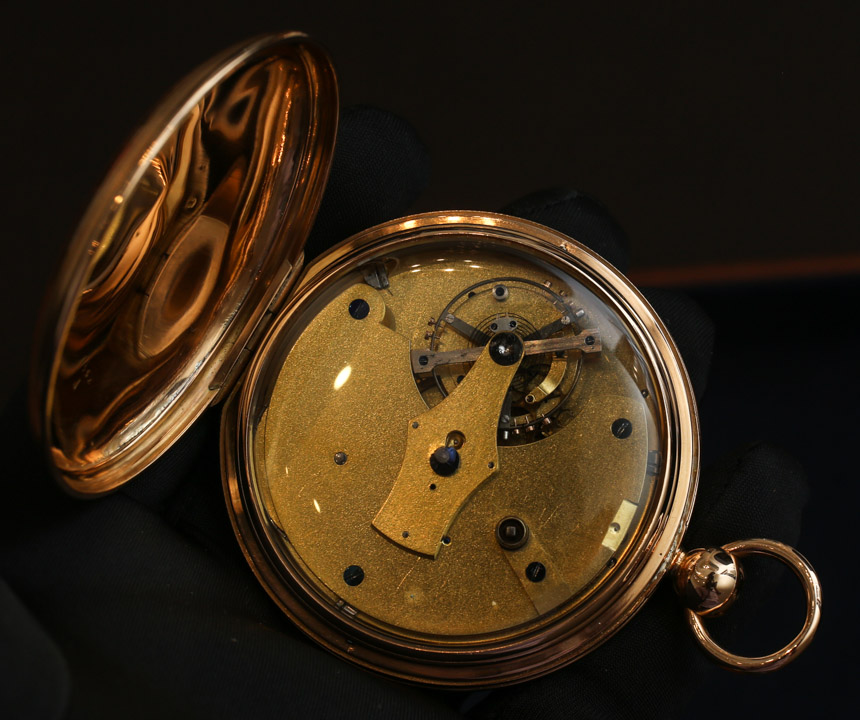 The first modern piece seen here is the famed Breguet No. 5 replica. In 2004 Breguet began production on just six No. 5 replicas based on the original Breguet number 5 pocket watch that was originally produced in 1794. Breguet spent a great deal of time dissecting the original No. 5 and then carefully reproducing it. In fact, because there aren’t many technical records that remain from the time of Breguet, skilled watchmakers actually needed to reverse engineer the movement in order to understand how vintage pocket watches worked, and merely guess at some of the techniques used to make them.

Breguet purchased the original No. 5 at auction for a price of $1.5 million (it is reported). The last of the six replicas however was sold for $1.9 million dollars. Interestingly enough, records show that the original No. 5 was sold for 3,600 Francs back in 1794 in France. The watch was a major achievement in design, utility and complication. The dial features the time, power reserve indicator (total of 60 hours), moon phase indicator, and a subsidiary seconds dial. It also had a quarter repeater complication. The original No. 5 watch took seven years to produce. What you see here is a replica of the No. 5, and it is very impressive in its thick, decorated yellow gold case. 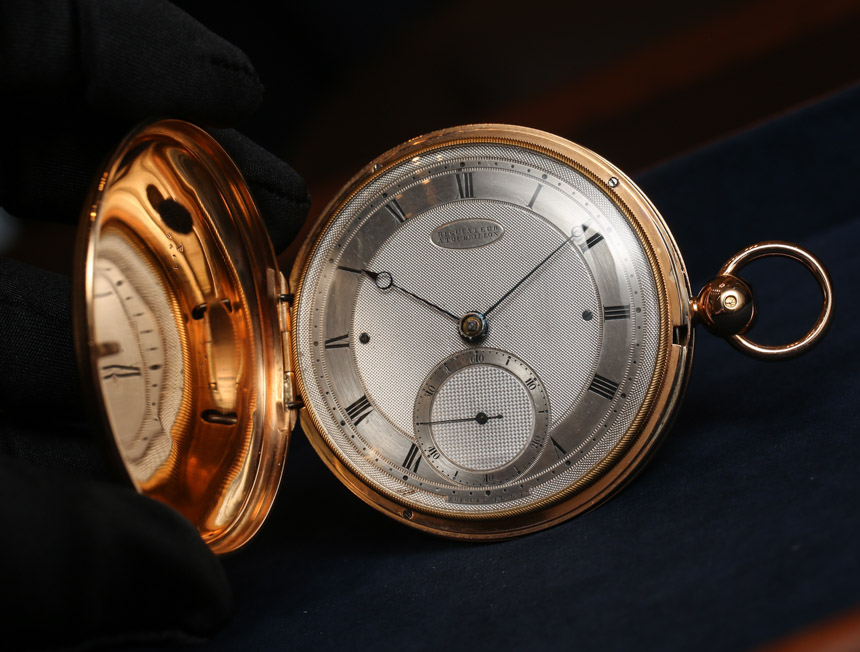