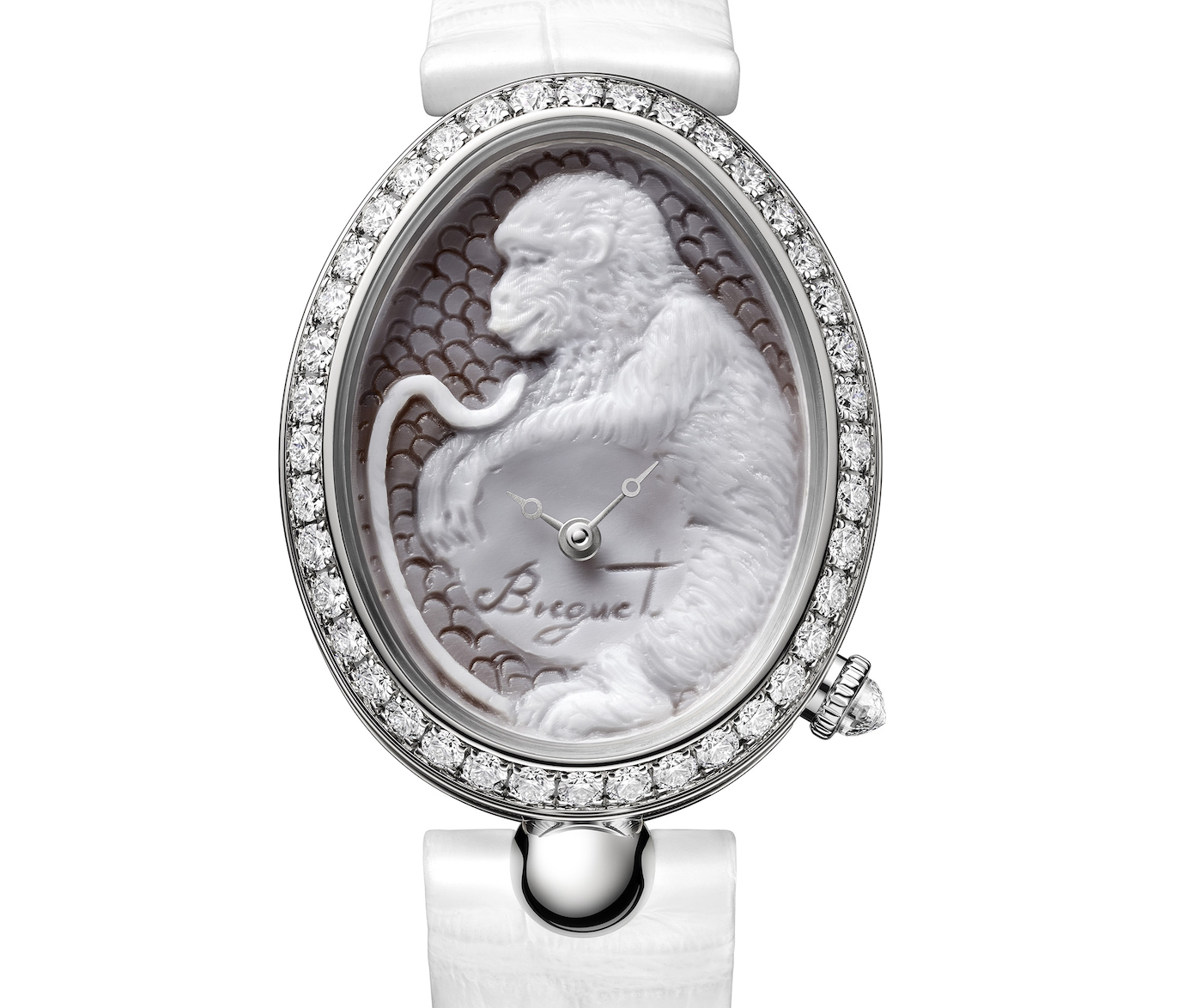 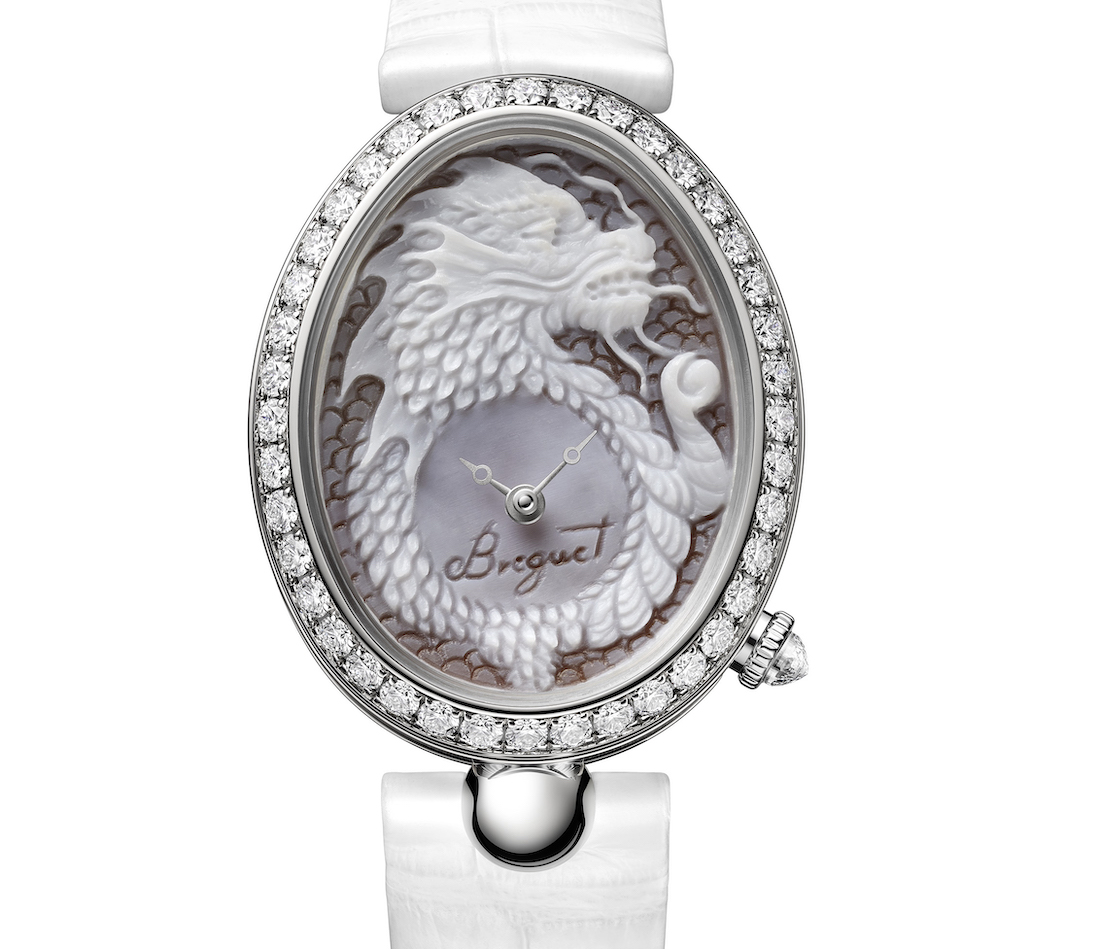 If you think about it, there’s actually so much more we could do to a watch dial than giving it simple colors and textures and fussing over text, configurations, and date windows. It’s a blank canvas waiting to be brought to life. It is a treat whenever a brand does something off the beaten track. And that’s exactly what we have here with the new Breguet Reine de Naples 8958 Cammea Chinese Zodiac watches.

Normally, we begin with the case, but the dial is the star here, so let’s start there. The traditional craft of cameo, which is a method of carving an object in relief, is used to create the dials in this collection. This particular craft was popular in Torre del Greco, a small town located at the foot of Mount Vesuvius in Naples. As early as the 17th century, the people of Torre del Greco created cameos out of seashells and corals.

Staying true to history, the dials of the Breguet Reine de Naples 8958 Cammea Chinese Zodiac watches are crafted out of seashells. Using a plain steel stylus, the craftsperson painstakingly carves the dial by hand. And because the shell is delicate, and no two are exactly the same as each other, the craftsperson must be attentive and diligent, for a single stray stroke could render the entire shell unusable. Arguably, the most impressive thing about the dial is that everything you see is the result of careful carving. No paint is used to achieve the final effect. It’s all down to an artisanal eye for detail and artistic prowess.

There are four variants in this release, joining the Rooster edition from 2016. The zodiacal creatures available are the monkey, the dragon, the snake, and the goat. A simple subdial at 6 o’clock tells the time using rhodium-plated gold Breguet-style hands.

The signature egg-shape cases are 18k-white gold. And since the watches were designed primarily for women, the case is modestly-sized, at about 32mm-wide and 40mm from lug to lug. The bezel is set with 40 diamonds, amounting to a total carat count of approximately 2.42 carats. The cases are fitted with sapphire display casebacks. Unsurprisingly, water resistance is just 30 meters. So, despite having a dial made out of seashells, don’t plan any trips to the beach with one of these on your wrist. These watches will come with white alligator straps secured by a diamond-set folding clasp. 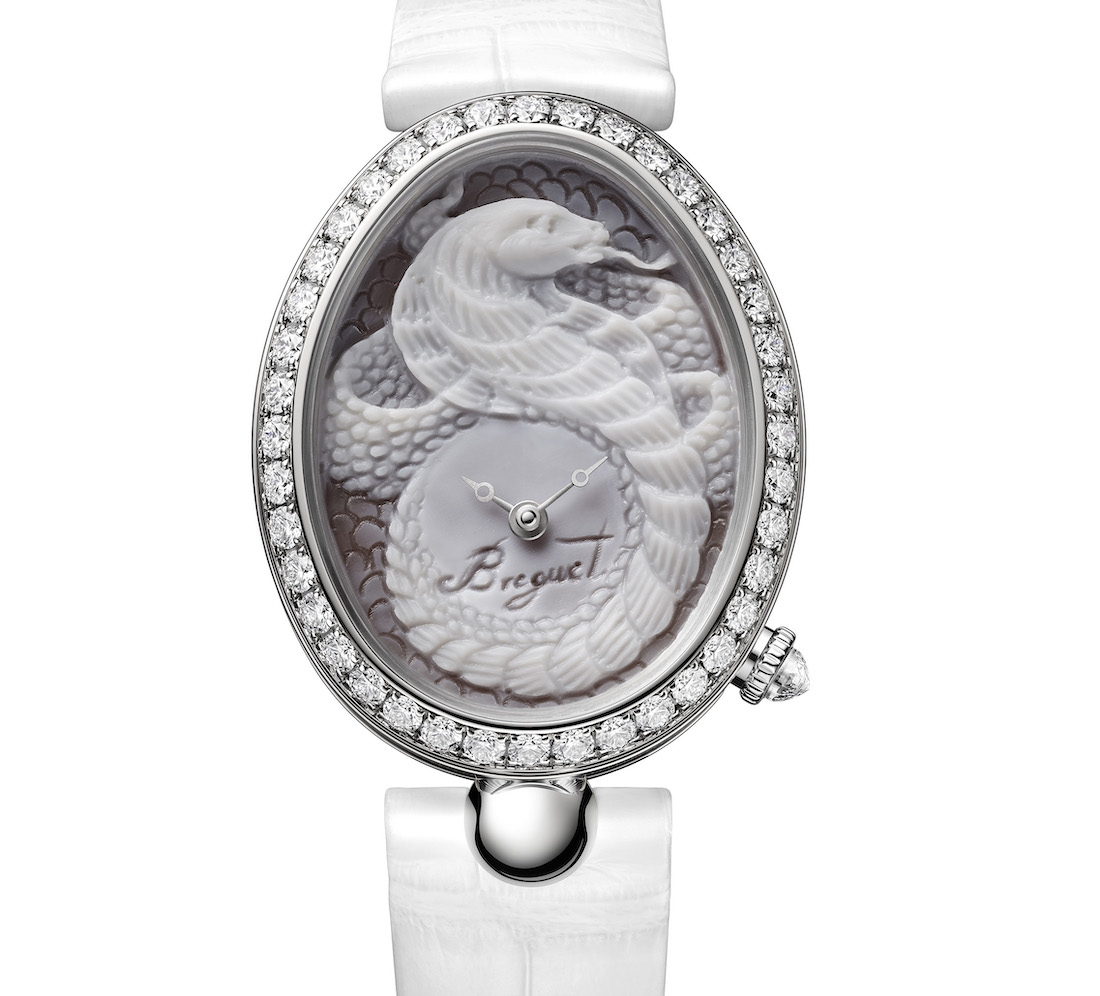 Despite these being women’s watches, Breguet has thoughtfully fitted these watches with appropriately sized mechanical movements. The Cal. 537/1, a small self-winding movement that measures 83/4 lines or roughly 19mm, is the beating heart of this collection. The 18k-gold rotor features a hand-engraved pattern. It beats at 3 Hz, has a power reserve of 40 hours, and is adjusted in five positions. 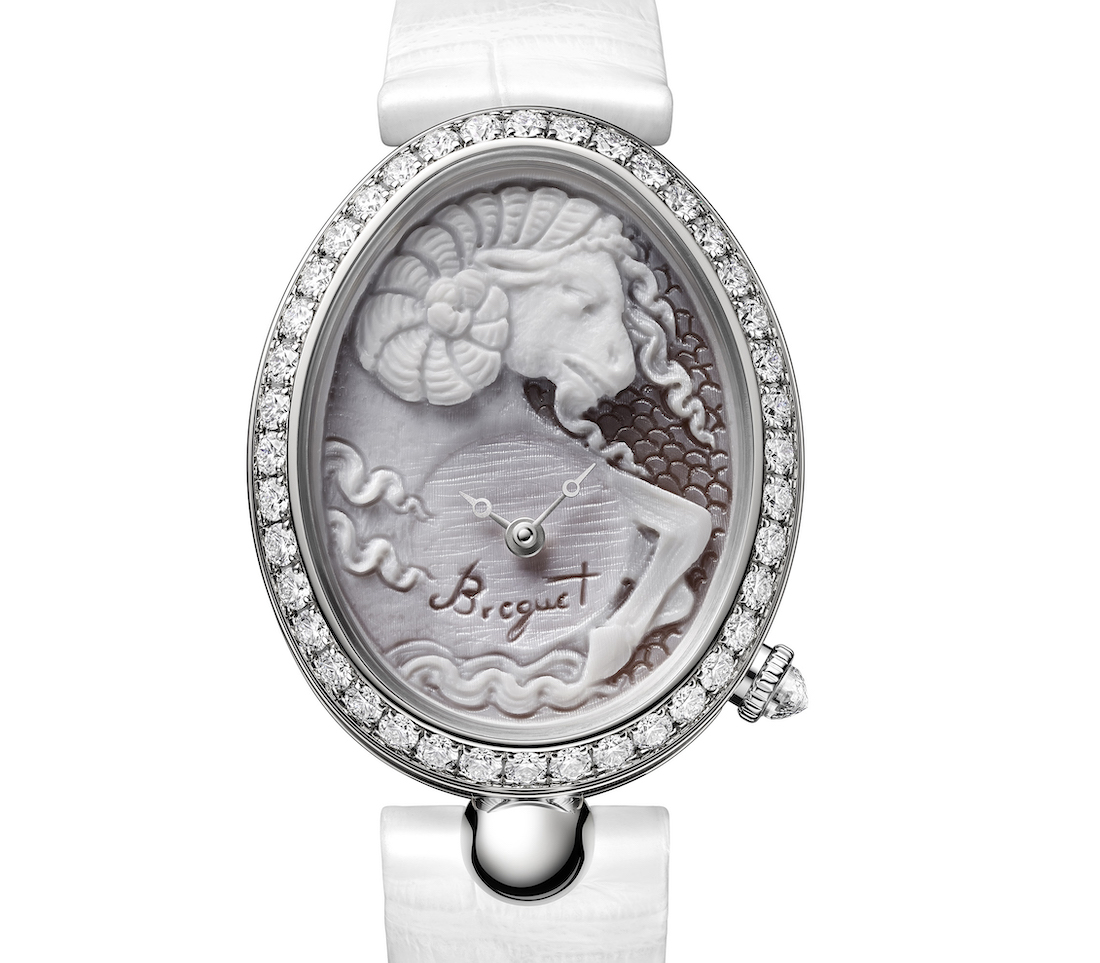 You want to see an example of women’s watches done right? Here are four examples. Admittedly, the use of diamonds is a bit superfluous but the important thing here is that the dials are artfully executed using a rarely seen method that is equal parts delicate and tasteful. All things considered, this is a very thoughtful women’s piece. Breguet has been very good at this, and I hope other brands take notice. That said, if the Chinese Zodiac is not your thing, Breguet also has other pieces executed with cameo carving, such as the Breguet Reine de Naples 8958 Cammea Sunflower and the Secret de la Reine. The price of the Reine de Naples 8958 Cammea Chinese Zodiac is $72,000. Learn more at breguet.com.