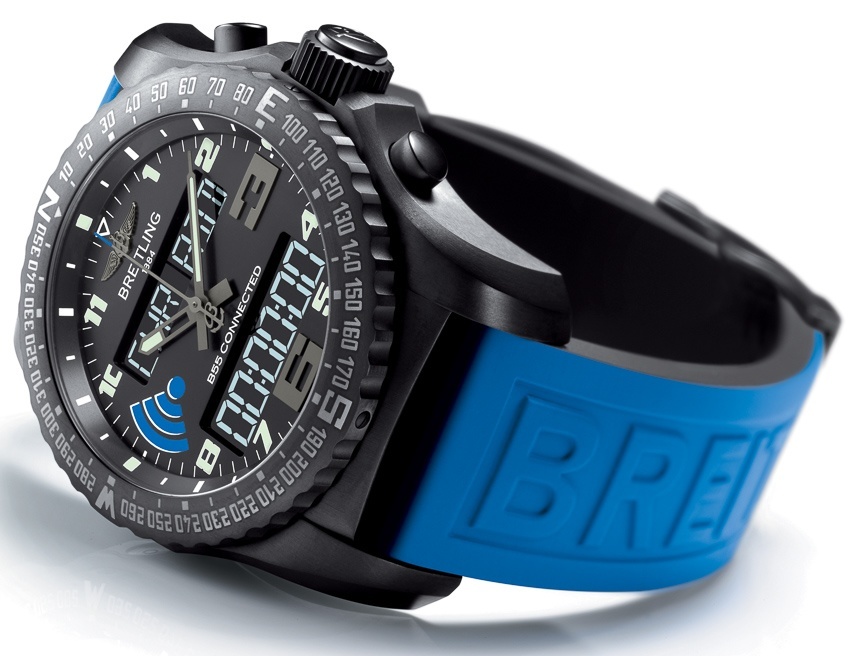 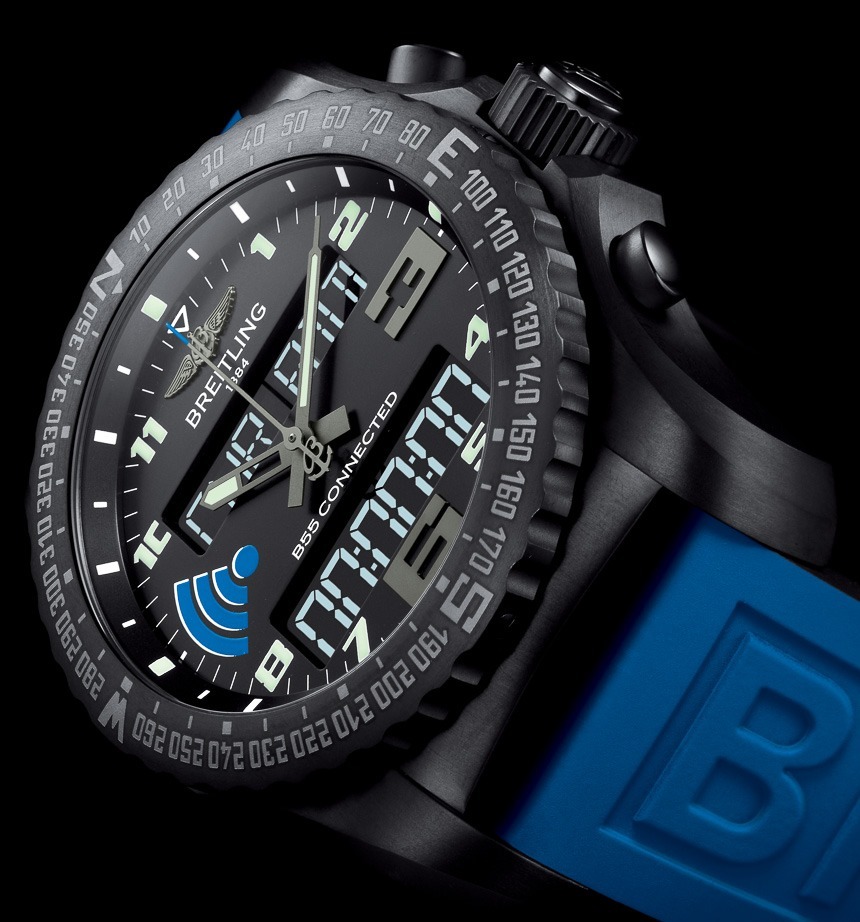 Feast your eyes on the 2015 Breitling B55 Connected Watch that connects via Bluetooth to your smartphone… in a way you want it to. This is pretty interesting news and a very clever (in my opinion) way for an established Swiss watch maker like Breitling to assert itself as a modern brand but also respect the functionality of a standalone timepiece. To understand the Breitling B55 Connected watch you first need to understand the Breitling Cockpit B50 watch (here) that is also relatively new.

The Breitling Cockpit B50 had Breitling produce a new Superquartz movement that was exclusive to them and featured a rechargeable battery and some extra functionality compared to their existing Superquartz-based timepiece with an ETA movement. It was so close to a smartwatch… but just shy of having real connectivity. Now just a few months later, in advance of Baselworld 2015, Breitling more-or-less updates the same watch to the Breitling B55 Connected, and unless the pricing is very different, I’d probably say that the B50 might not be as attractive, depending on what you want to do with it. 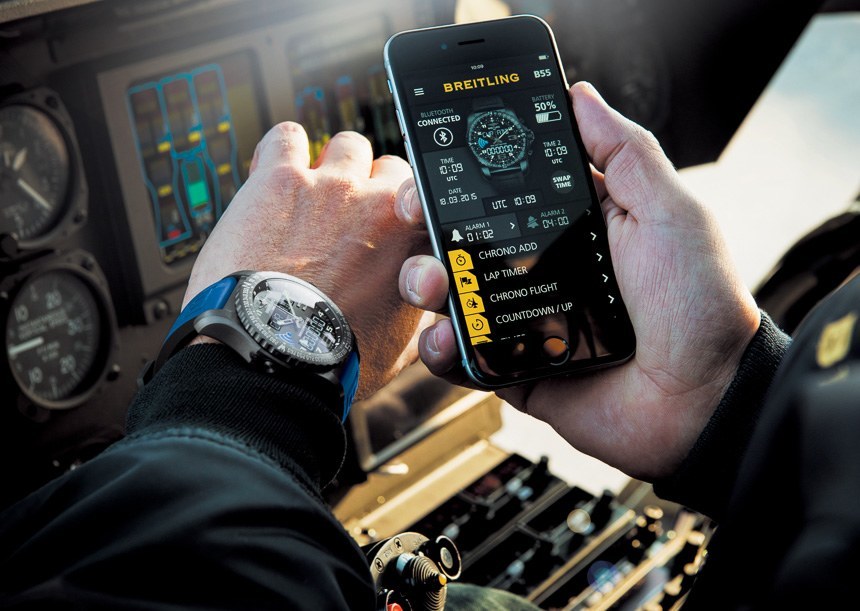 So why is it a good thing to have your phone control your watch? Basically, it is about making the watch settings and functions easier to use. We all agree that a watch is not only attractive to wear, but a very convenient place to look at information. It is also a very precise instrument. Having said that, when it comes to complex analog-digital watches with hands and two LCD screens, adjusting all the settings and using the functions to their fullest extent certainly requires a bit of a learning curve. With the Breitling B55 Connected watch, Breitling has taken a major and very practical step in allowing your phone to simplify the user experience of a complicated watch…. now, if only Breliting had one of these for their Navitimer so I might actually use that slide rule. 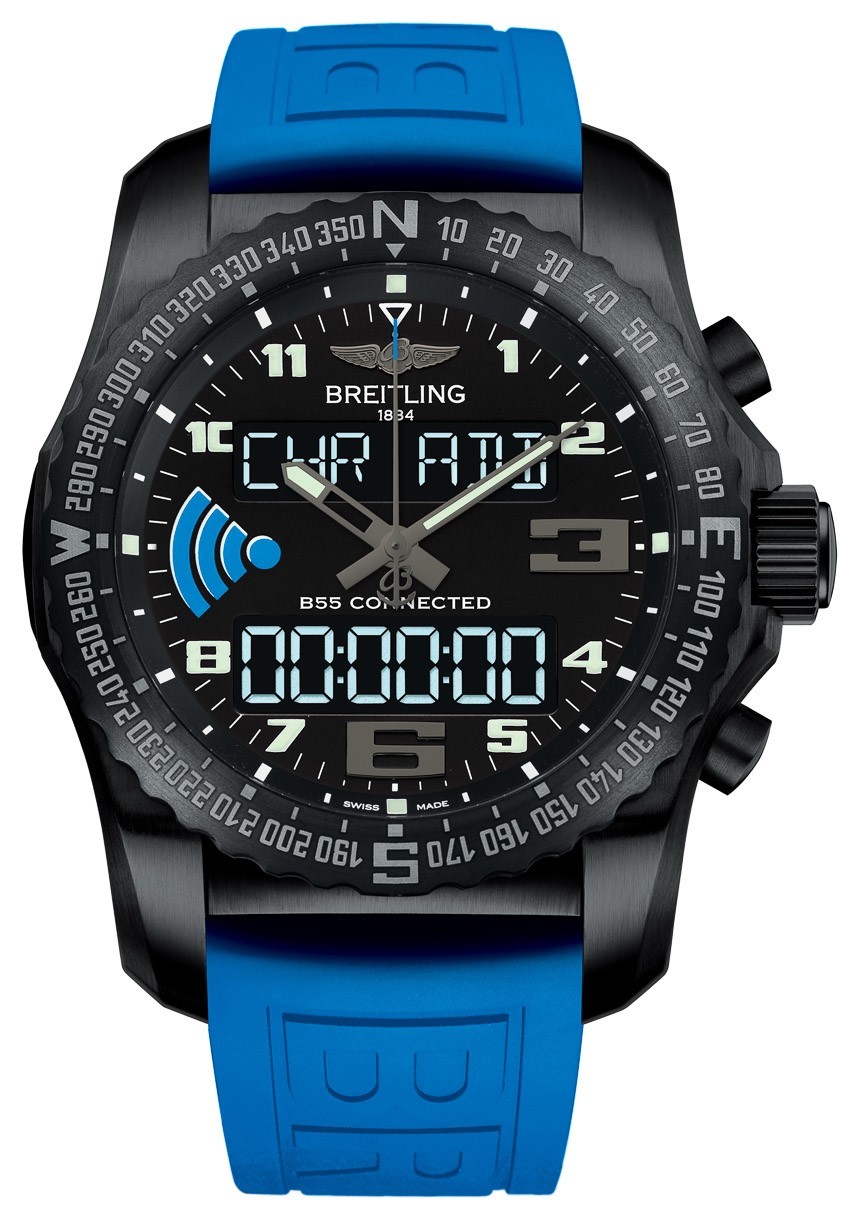 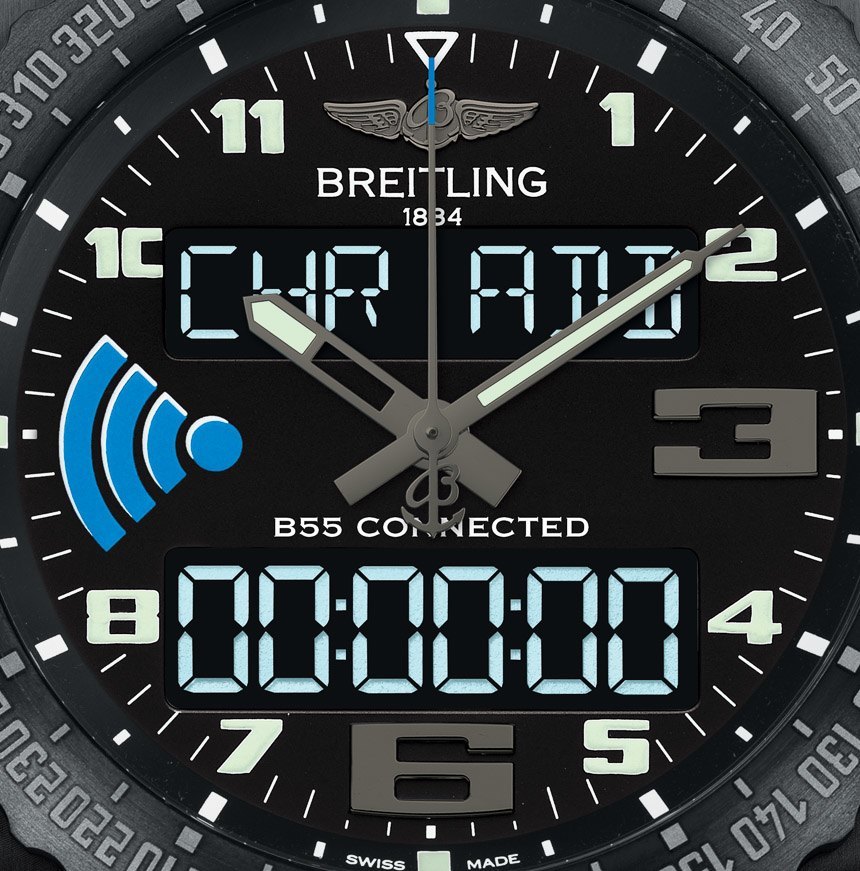 The Breitling B55 Connected comes in a 46mm wide black-coated titanium case. The dial is almost identical to that of the Cockpit B50 but there is a blue “connected” symbol on the dial that looks like a wifi symbol. This element will no doubt be among the more controversial elements of the design. I’m pretty sure there could have been a slicker way to do that, but maybe in person, it will look really cool. Otherwise, you have a rather standard modern Breitling look that is very functional-looking and masculine.

Breitling also refers to the movement inside of the watch as the caliber B55 – and it is claimed as a “manufacture caliber.” I am sure it is exclusive to Breitling, and I believe that some of the electronics are in fact produced in-house at Breitling in Switzerland. Here is the list of movement functions from Breitling: “officially chronometer-certified by the COSC, thermocompensated SuperQuartzTM, analog and digital 12/24-hour LCD backlit display. 1/100th of a second chronograph, Coordinated Universal Time (UTC), Countdown/Countup (or MET Mission Elapsed Time), flight time chronograph, lap timer chronograph, electronic tachometer, countdown, 2nd timezone, 2 daily alarms, perpetual calendar with week display, battery charge indicator.” 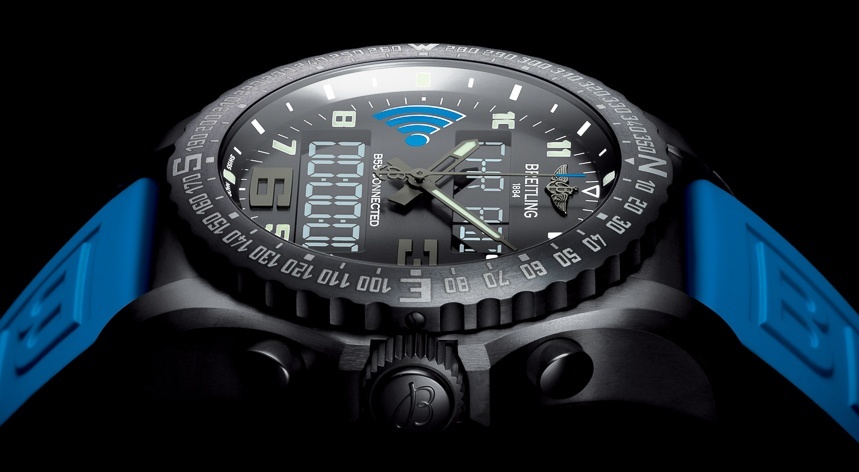 If you are interested in the Breitling B55 Connected, I strongly encourage you to read my previous article (linked to above) on the Cockpit B50 to understand more about the watch, such as how you can tilt your wrist to activate the backlight. Not a new function in the scheme of watches, but we do all applaud when the Swiss catch up (and often do it better… and for more money). I more-or-less see the Breitling B55 Connected as the ultimate G-Shock, and in a sense, it is.