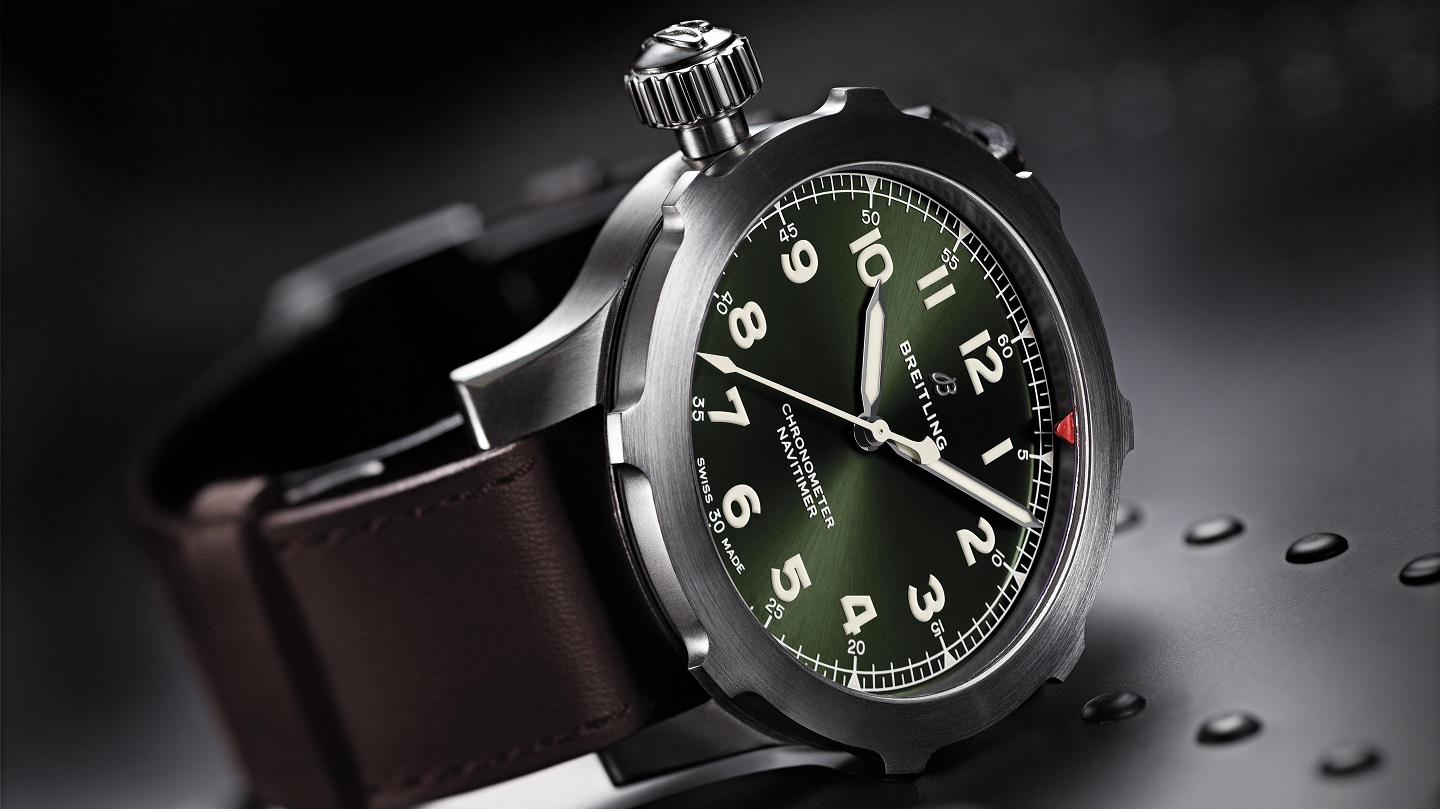 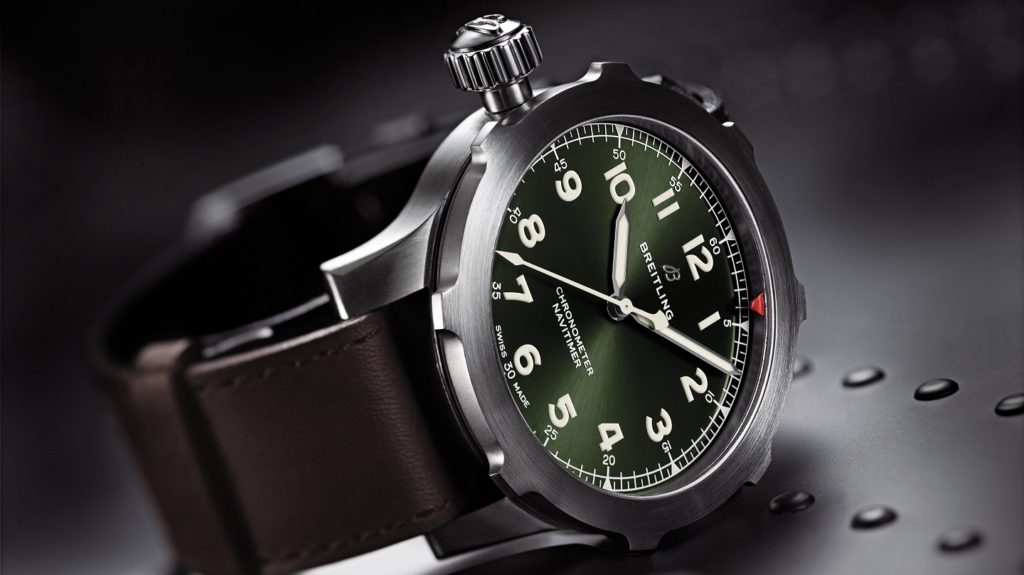 Breitling is going through a bit of a reinvention period for 2018. With a change of leadership under the new CEO Georges Kern, the brand has looked to its past and introduced models based on their vintage catalog to bring Breitling back to its roots, without losing any of the iconic style that Breitling has become known for. For Baselworld 2018, Breitling has introduced the Breitling Navitimer Super 8, a watch inspired by one of Breitling’s pilot stopwatches from the 1930s and 1940s called the Reference 637. 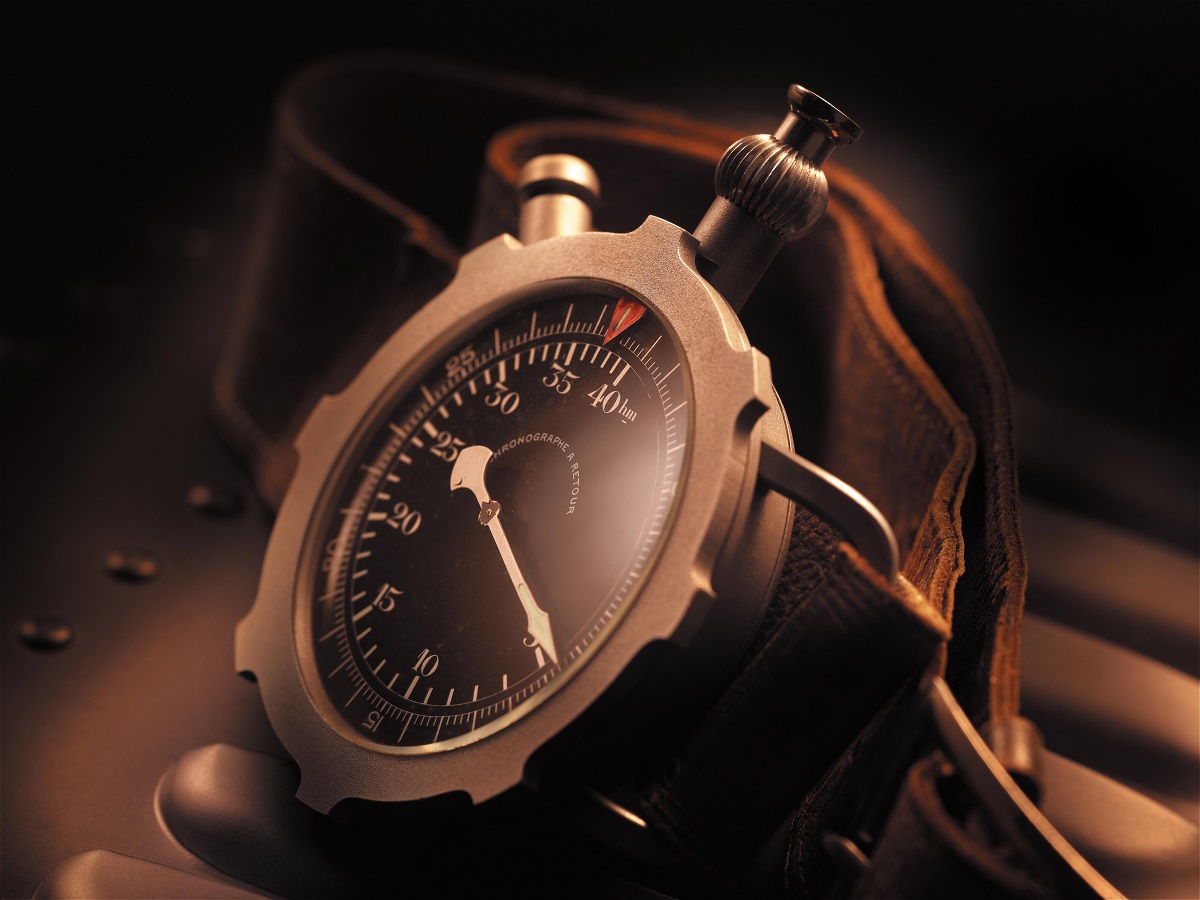 Being based off one of Breitling’s original aviation pieces, the Navitimer Super 8 has an undeniable vintage aviation vibe to it. The Reference 637 stopwatch it is based on was originally designed to be strapped to the pilot’s leg, and as such, was large in size and had some design quirks such as a large elongated crown for an easy grip. Despite being based on a stopwatch, the Navitimer Super 8 isn’t a chronograph, although it does have a rotating bezel that could be used for basic timing. Beating inside the Navitimer Super 8 is the Tudor MT5612, the result of Breitling and Tudor’s partnership to share movements between the two companies.

Measuring in at 50mm when including the bezel overhang, this watch is likely going to wear very large on wrist, and I imagine the size will pose an issue for many would-be buyers. And to add to the heft of the case, the screw-down crown on the left side of the case also appears to be very large. While I appreciate the changes going on over at Breitling, with them looking towards their vintage designs to influence modern releases, this design is definitely not going to be for everyone. It does, however, encapsulate an interesting piece from Breitling’s history as an aviation instrument maker, and provides the watch community a further glimpse of what is to come from Breitling moving forward.

Breitling has continued to reinvent itself by looking at its past with the release of its Navitimer Super 8. While the watch boasts some large dimensions, it shows Breitling’s dedication to its new design direction, and should serve as an interesting plot point in the future of Breitling. Pricing details have yet to be announced but we’ll share those soon when we know more. breitling.com