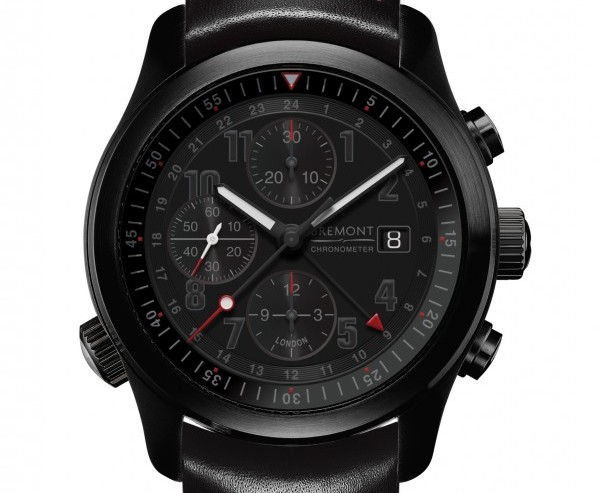 With April now upon us, we can expect a flood of pre-BaselWorld announcements as brands look to elbow their way into the spotlight of the world-famous watch fair. Bremont, the British watch brand behind such recent hits as the Victory and the Supermarine S2000, have announced two new models including a blue version of their U-2 three-hander and a stealthy new chronograph called the ALT1-B2 GMT. 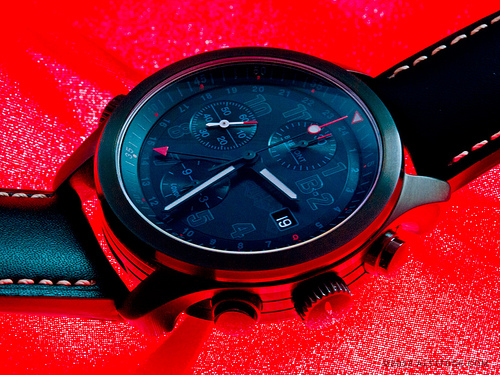 The ALT1-B2 GMT is essentially a civilian version of the watch that Bremont designed in a partnership with a Missouri-based B2 Stealth Bomber crew in 2012 (seen above). The base platform is an ALT1-Z chronograph, with the ALT1-B2 employing the same 43 x 16mm hardened steel case, dial layout and BE54-AE movement. The BE-54AE is Bremont’s COSC tested build of the ETA Valjoux 7750 with a GMT module and offers a 12 hour chronograph, a GMT/UTC hand, and a date display at three o’clock. Just like the ALT1-Z, the ALT1-B2 features a Roto-Click internal bezel with user control via a crown at eight o’clock. 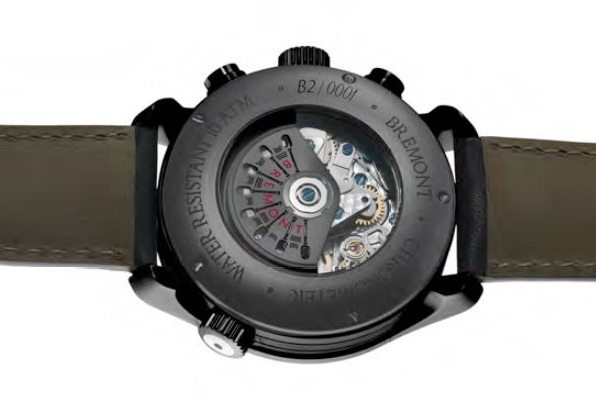 In step with the B2 Stealth Bomber ethos, the ALT1-B2 has been suitably blacked-out with a full case DLC treatment that is even carried over to the rotor seen via the B2’s display case back. Much of the dial design has been blacked-out as well, with only the main time display and date showing in white. The chronograph and GMT hands are seen in red, with the balance of the metal dial finished in low profile shades of black. 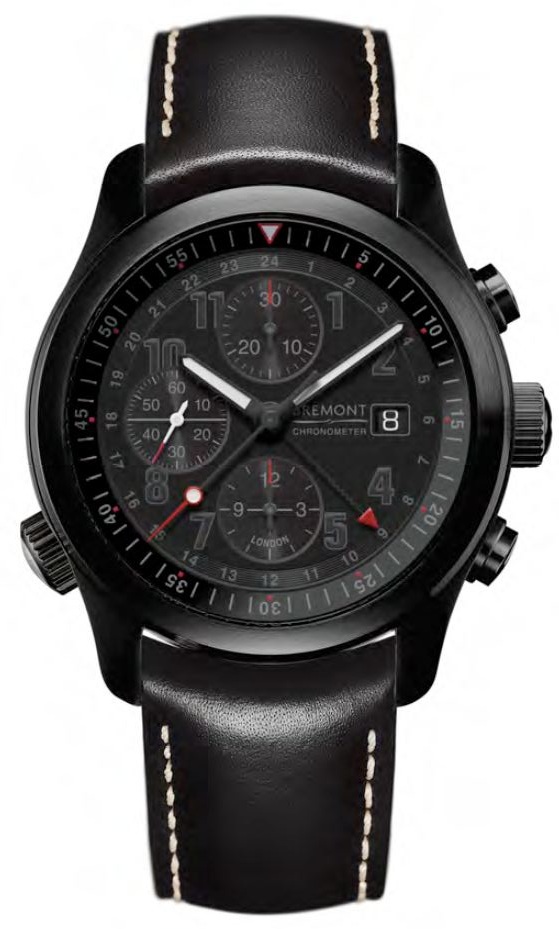 This new chronograph will be available for purchase by the end of May and will carry a US retail price of $6,395 including both a calf leather and a Nato-style strap, though buyers can option the ALT1-B2 with a matching DLC bracelet. I really like the ALT1-B2 not only for its seriously-stealthy vibe, but also because it adds some much needed variation to the Bremont chronograph lineup. I think the look of the ALT1-B2 falls somewhere between the limited edition EP-120 (only 120 made) and the MW Heli (only 50 made), offering that stealthy black styling and chronograph functionality to those who missed out on previous limited edition models. bremont.com