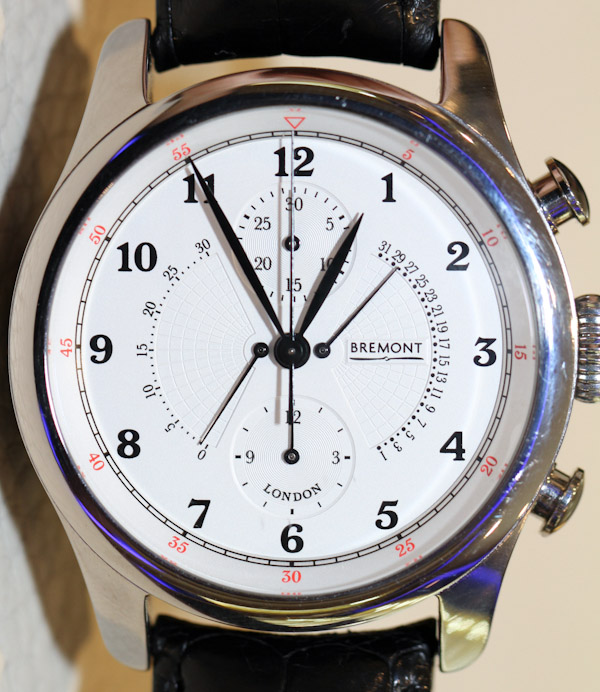 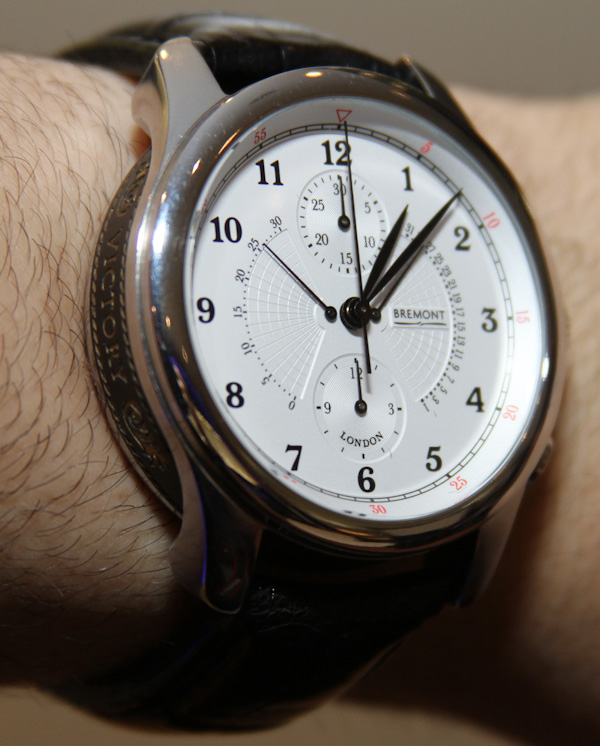 Joking around with the ever-charming guys from Bremont, I snapped some pictures of the limited edition HMS Victory timepiece. While still new to the watch game, the guys at Bremont are quickly figuring out what it takes to be a major player in the industry and all the fun stuff, as well as BS, that goes along with it. More so than even other similar brands, Bremont’s production is split between two separate types of products, even though they are related when it comes to design and execution.

First are the non-limited or mainstream watches. These are the pieces anyone can buy at any time. Then there are the limited editions available either as just a limited run of pieces or as a limited run of pieces that only a select group of people or club can buy (think special watch series for some Air Force squadron). It is difficult to determine which type of product Bremont is focusing on more, or rather what they feel is important to them. The brand is still comprised of a relatively small team, so they aren’t really too focused on totally new models and new limited edition pieces at the same time. For 2012, the bulk of their attention seemed to be on the HMS Victory watch. 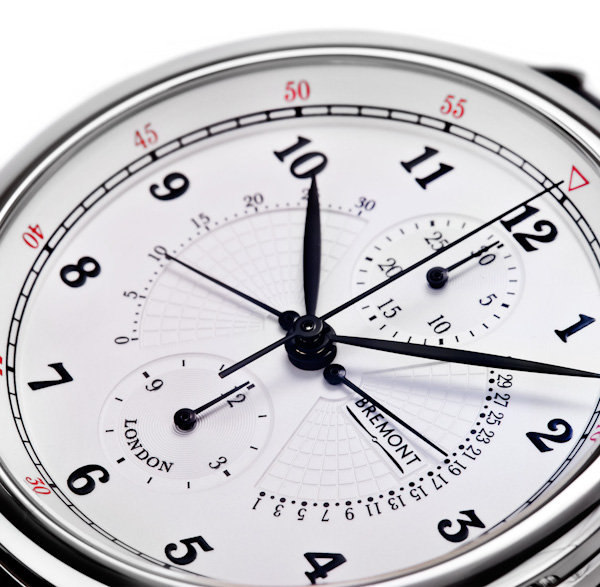 I’ve got two sets of pictures for you here, and both are important. First are my hands-on pictures of a PROTOTYPE version of the Victory that has been around the block enough times. These are versions made before a full production and are typically not visually complete or with the right finishes. This prototype watch has a lot of things not finished with it that are done on the final piece, which is what the second set of pictures are of. Thanks to Bremont retailer The Watch Gallery UK, we have these sexy shmexy images of the all-done Victory watch complete with proper case details and that amazing case back and rotor.

Let’s just skip to that rotor and case back shall we… I am no Horatio Nelson or HMS Victory ship historian, but the watch is full of imagery dedications to the two. As you’ll recall from my first piece debuting the Bremont HMS Victory watch last year here, I mentioned how the timepiece had wood from the actual ship as well as metal from actual nails taken from the ship. You can see all of that on the back of the watch. There is the wood ring about the exhibition case back window and metal from the historic war ships’ nails in, I believe, the rotor, case middle barrel, or perhaps both. 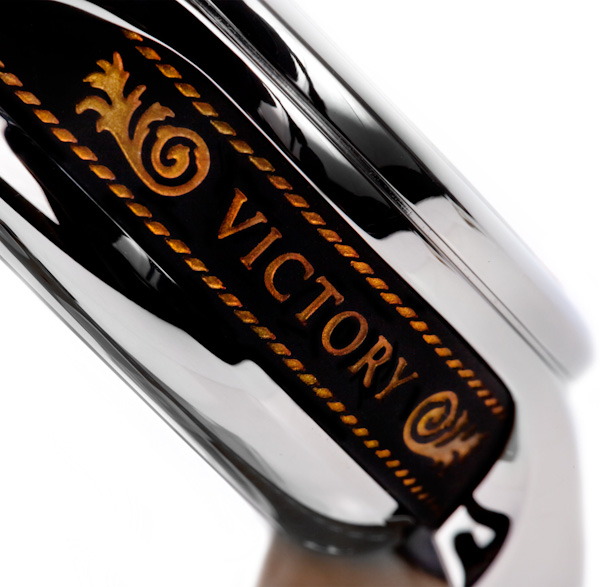 The historical looking design of the automatic rotor mixed with the etchings on the sapphire crystal and Nelson’s message around the wooden right are pretty darn cool. In a sense it is amusingly over the top as well, intended for serious watch and history buffs. The quote from Nelson reads “Thank God, I have done my duty.” It is an almost masturbatory celebration of the famous Brit and his naval achievements. Would you have it any other way? Once someone decides to honor something in a limited edition watch, the tendency is to take it as far as one can. That’s just human nature.

Part of the point of the HMS Victory watch is to benefit the restoration and upkeep of maintaining the actual HMS Victory ship. The 18th century warship is the last of its kind and as a historic monument always needs cash to survive. This project will deliver financial assistance to that cause. 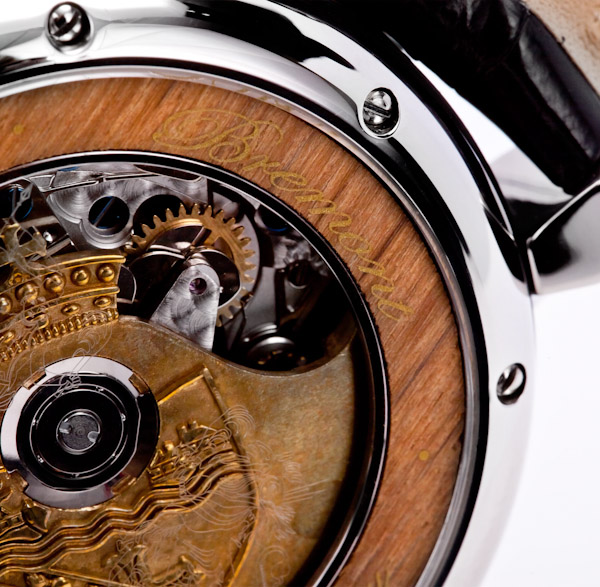 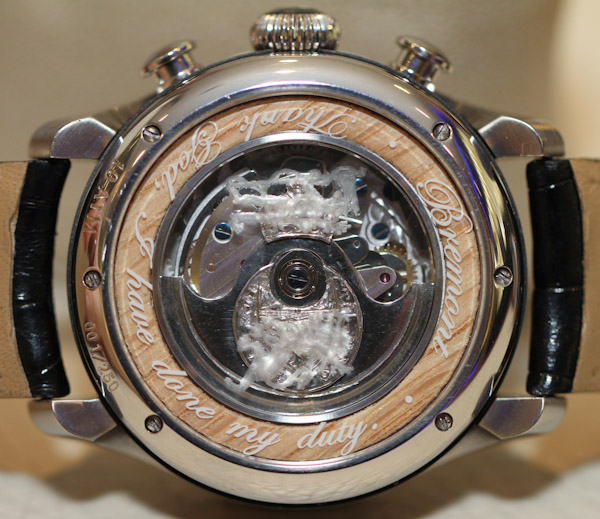 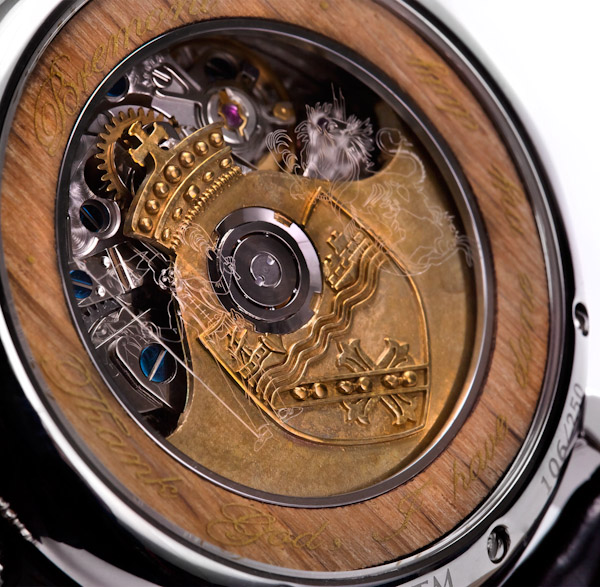 I just realized that this watch has nothing to do with Bremont’s aviation theme. It does however have a lot to do with Bremont’s British theme. As a pilot watch brand, Bremont has an uphill battle fighting greats such as IWC and Breitling. As a primarily British heritage and pilot watch brand they place themselves in a new class. The best part is that it isn’t a PR show. Bremont was started by and run by the English. They also plan to move as much of their production as possible to the UK from Switzerland moving forward as they continue to re-invest in themselves. Those are some handsome goals, and among fellow English watch brands, Bremont is typically seen as a leader of the pack.

The ship’s clock style dial of the HMS Victory watch is benefited by black on white hands and a clear symmetrical look. The functions are built on top of a base Swiss ETA Valjoux 7750 automatic movement. They modify the subsidiary seconds hand to be a 30 second retrograde hand and turn the date indicator into a retrograde hand as well. The resulting operations are both logical and attractive. Though, the module on top of the already thick 7750 make for a rather thick timepiece. 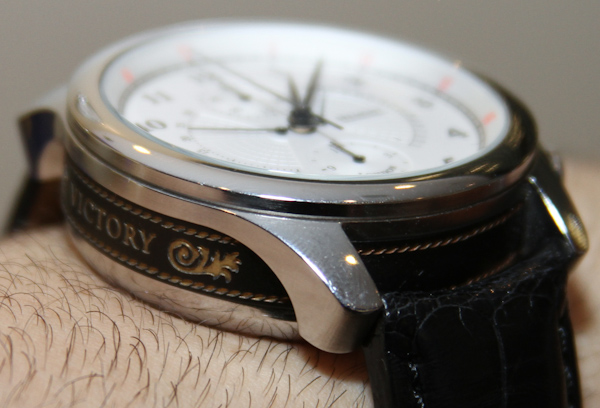 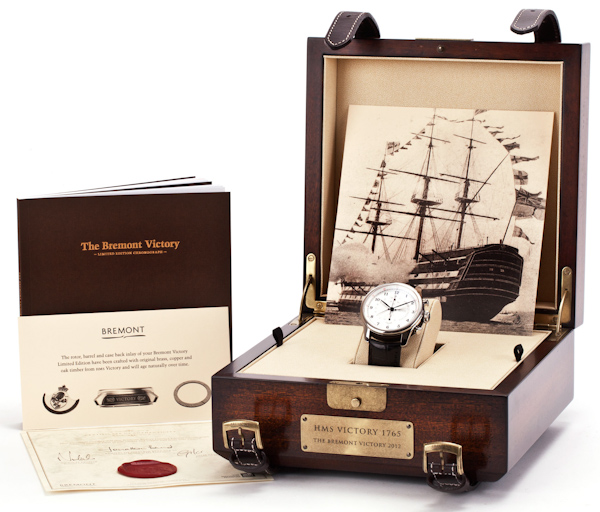 The HMS Victory watch is 43mm wide and available in steel or 18k rose gold. Each version is limited to just 250 pieces and comes in a pretty sweet collector’s box, with… is that watch strap buckles to close it? On the wrist it is conservative-cool and historical feeling (and looking). It is going to make a number of mature watch collectors super proud. Bremont is doing their job today pretty well. When you look at their pieces you think, London, planes, and now ass-kicking admirals. Prices are high though. The Bremont Victory watch in steel is about $20,000 and about $30,000 in gold. According to Bremont they are all sold out, but I have a feeling that means to retailers. So get ’em while they are hot.