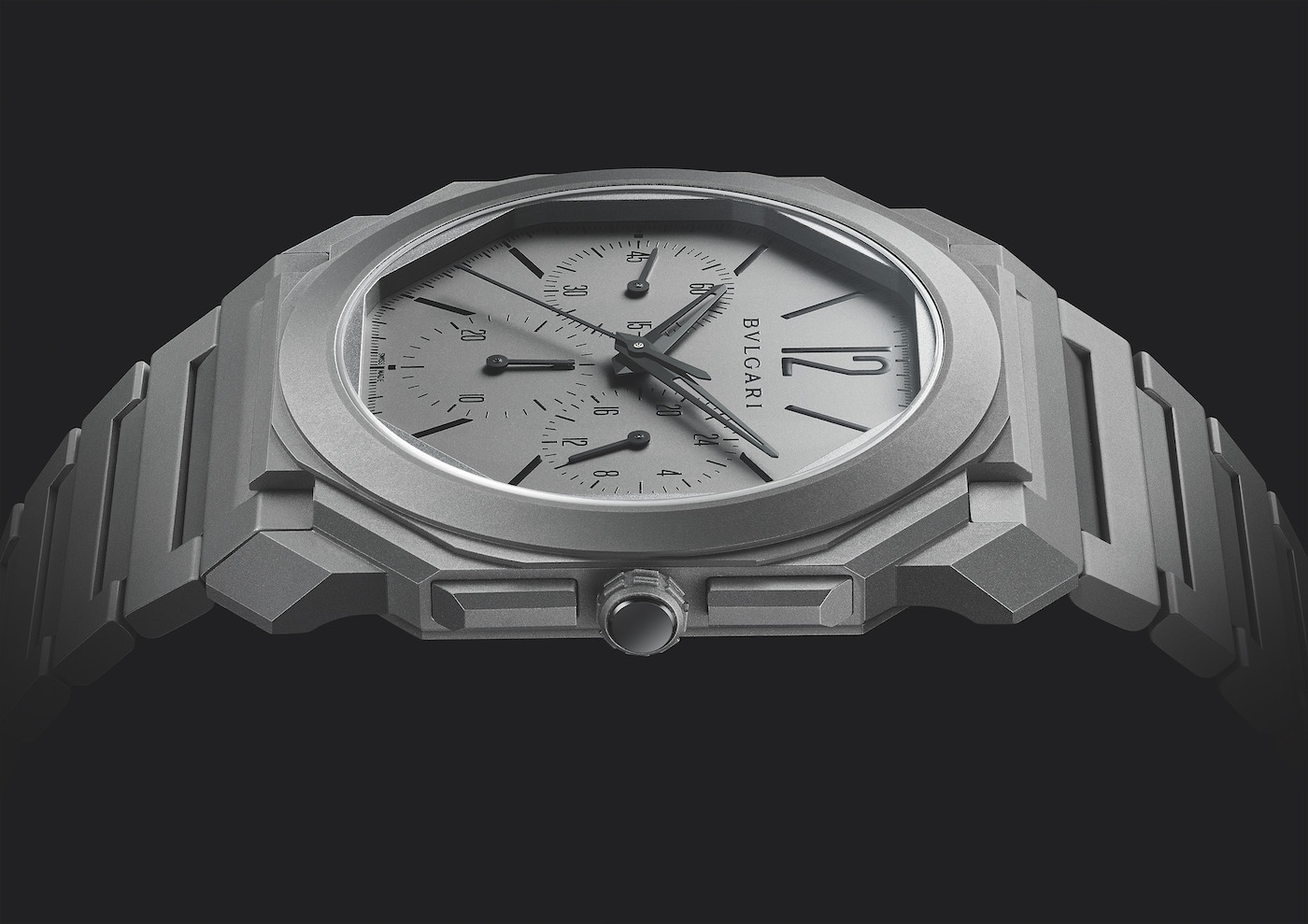 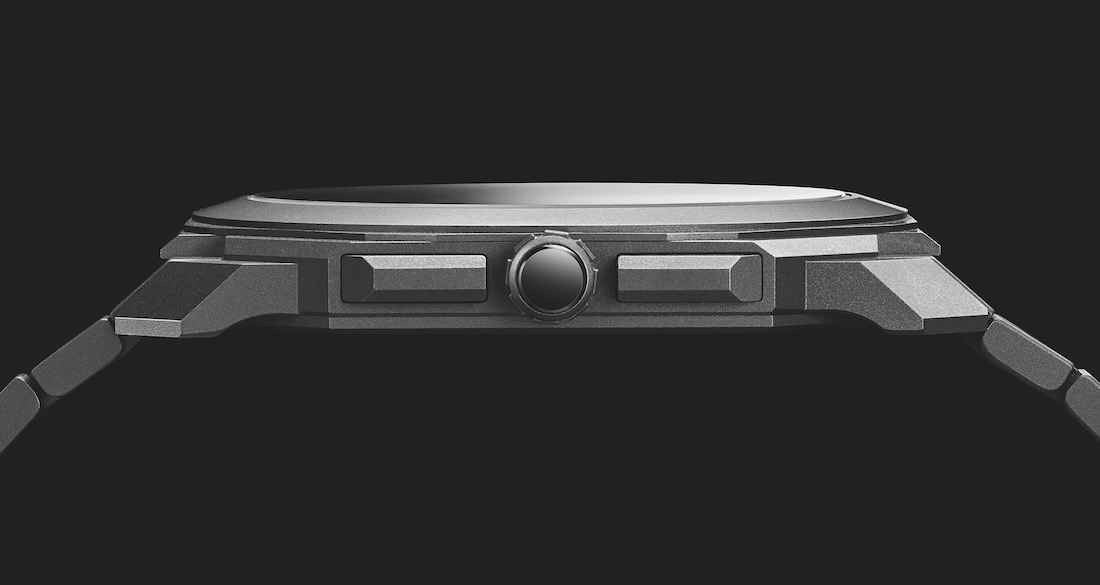 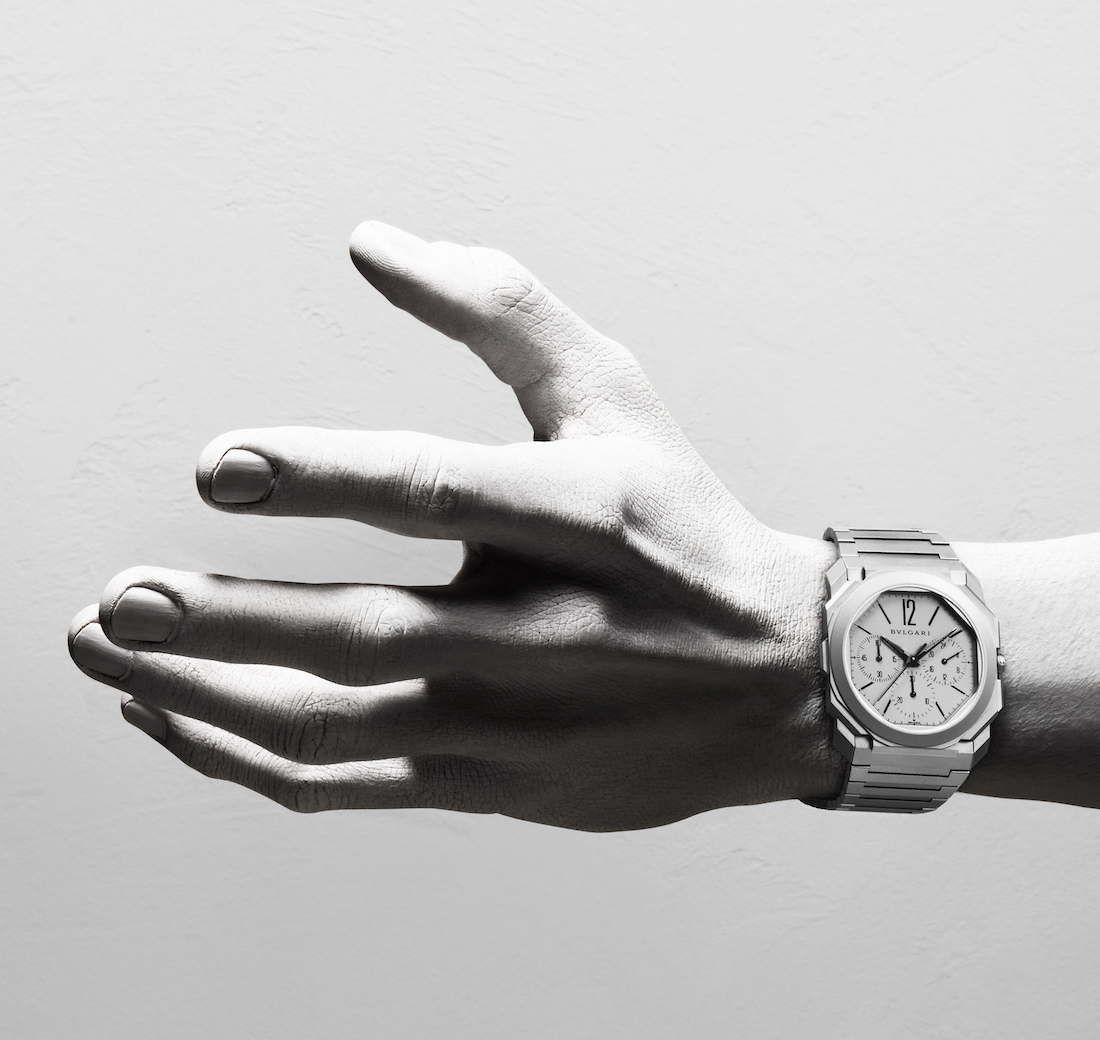 Bulgari’s advancements in the realm of ultra-thin watches are truly remarkable, and the Octo Finissimo Chronograph GMT Automatic only goes to show that none of its previous efforts were flukes. This new watch has the unmistakable case profile of an Octo Finissimo watch. Highly angular and detailed, it’s 42mm-wide and only 6.9mm-thick. To put these numbers into perspective, consider that the previous record holder, the Piaget Altiplano Chronograph, was 8.24mm thick. This means Bulgari shaved 1.34mm, or 16%, off the previous record-holder. The case is sandblasted titanium, as are the dial and bracelet, giving the entire watch a uniform gray look. It should also make the watch extremely light and comfortable to wear. 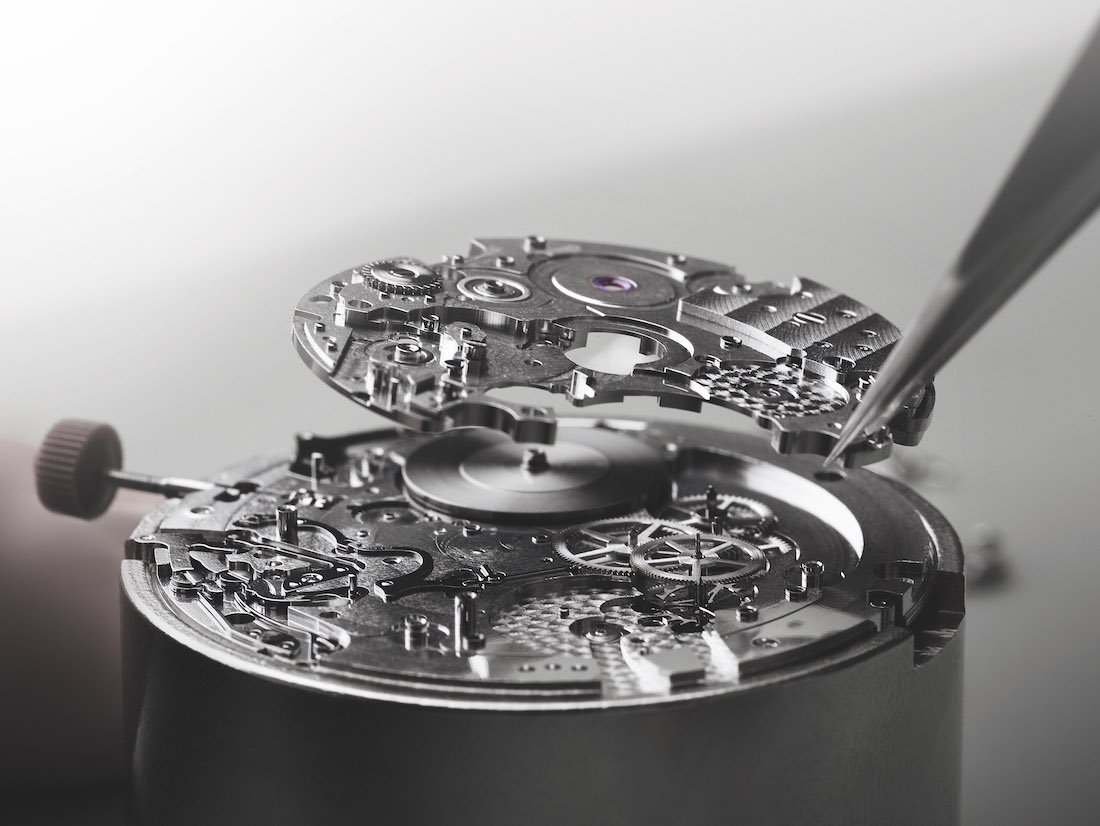 The movement within the Octo Finissimo Chronograph GMT Automatic is the new caliber BVL 318, and it’s visible through a sapphire display caseback. It measures just 3.3mm-thick, which makes it the world’s thinnest automatic chronograph caliber. It has a column-wheel but with a horizontal clutch, instead of a vertical one, to reduce thickness. To further reduce thickness, it has a peripheral rotor. What’s more, it even packs a useful GMT complication. Finally, it has a modern beat rate of 4 Hz, and a very decent and usable power reserve of 55 hours, which is impressive given the thinness of the mainspring and the high-drain of the 28,000vph operating speed. It’s a thoroughly impressive movement. 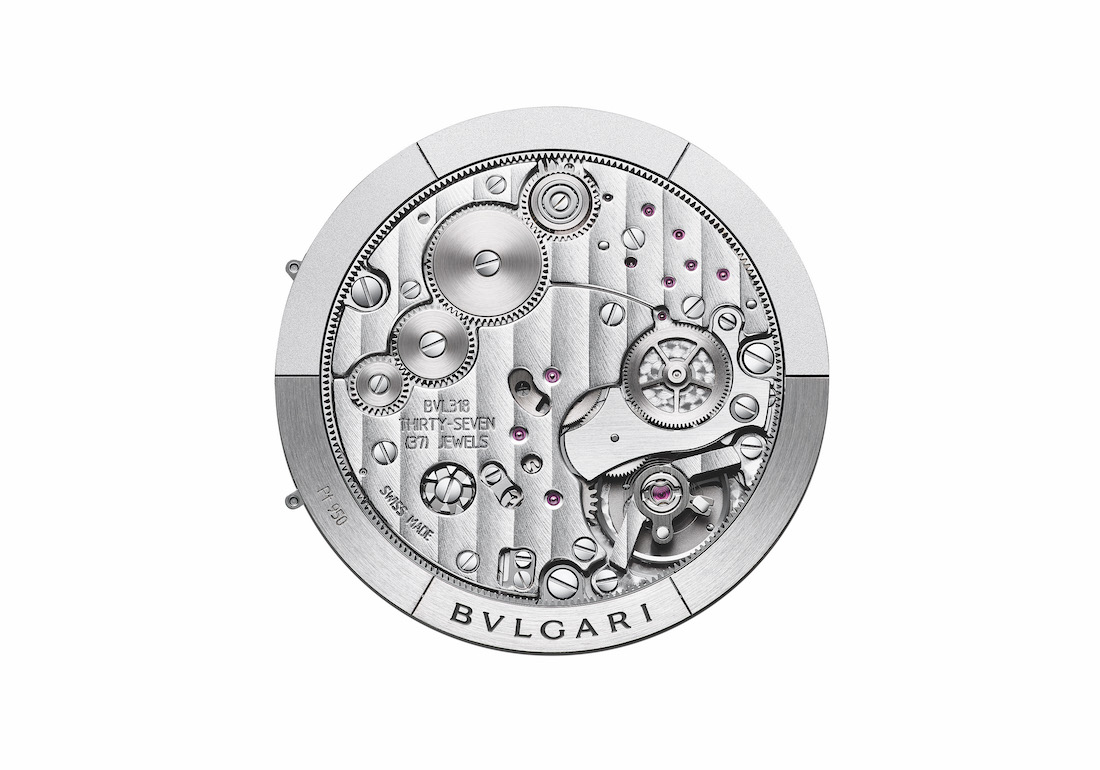