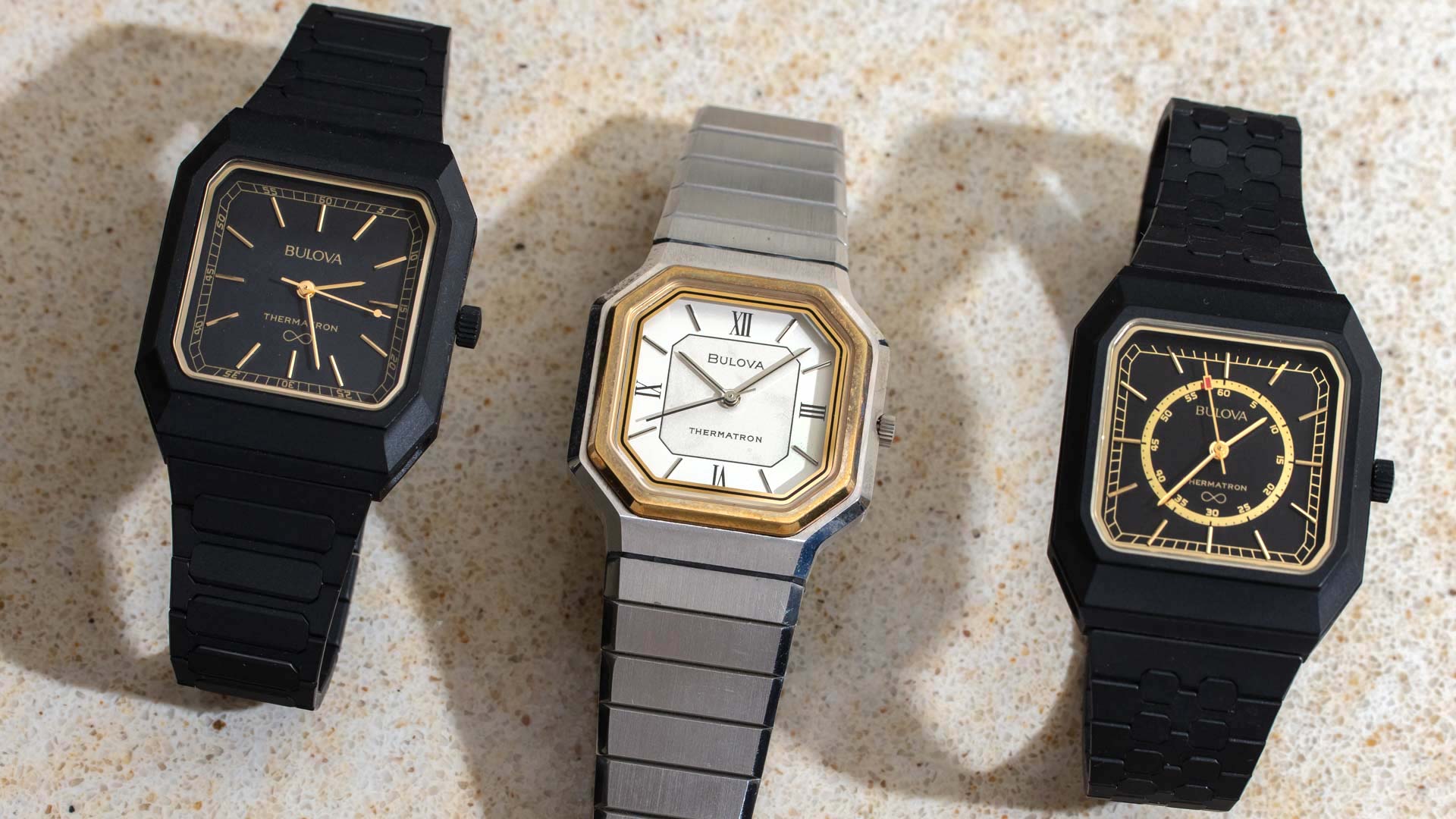 Bulova Thermatron Watch Hands-On: The Temperature-Powered Timepiece That Never Was

In around 1982, Bulova finally decided to pull the plug on the ambitious Thermatron collection of timepieces. After several years of development and a number of high hopes, the innovative timepiece designed to be powered by small changes in temperature had its market launch plans pulled — and according to some accounts, it was financially almost ruinous for the company, perhaps forcing the adjacent sale of Bulova to a new corporate parent around the same time. All that remains today of the Thermatron legacy are some technically interesting movements and some rather hip case and dial designs based on the original prototypes. Bulova was kind enough to send over a few of the the Thermatron watches from its museum for me to shoot, and you can see for yourself the huge potential the Bulova Thermatron had. According to some archival content, about six different Bulova Thermatron watches were intended to be initially sold into market across two slightly different movements. 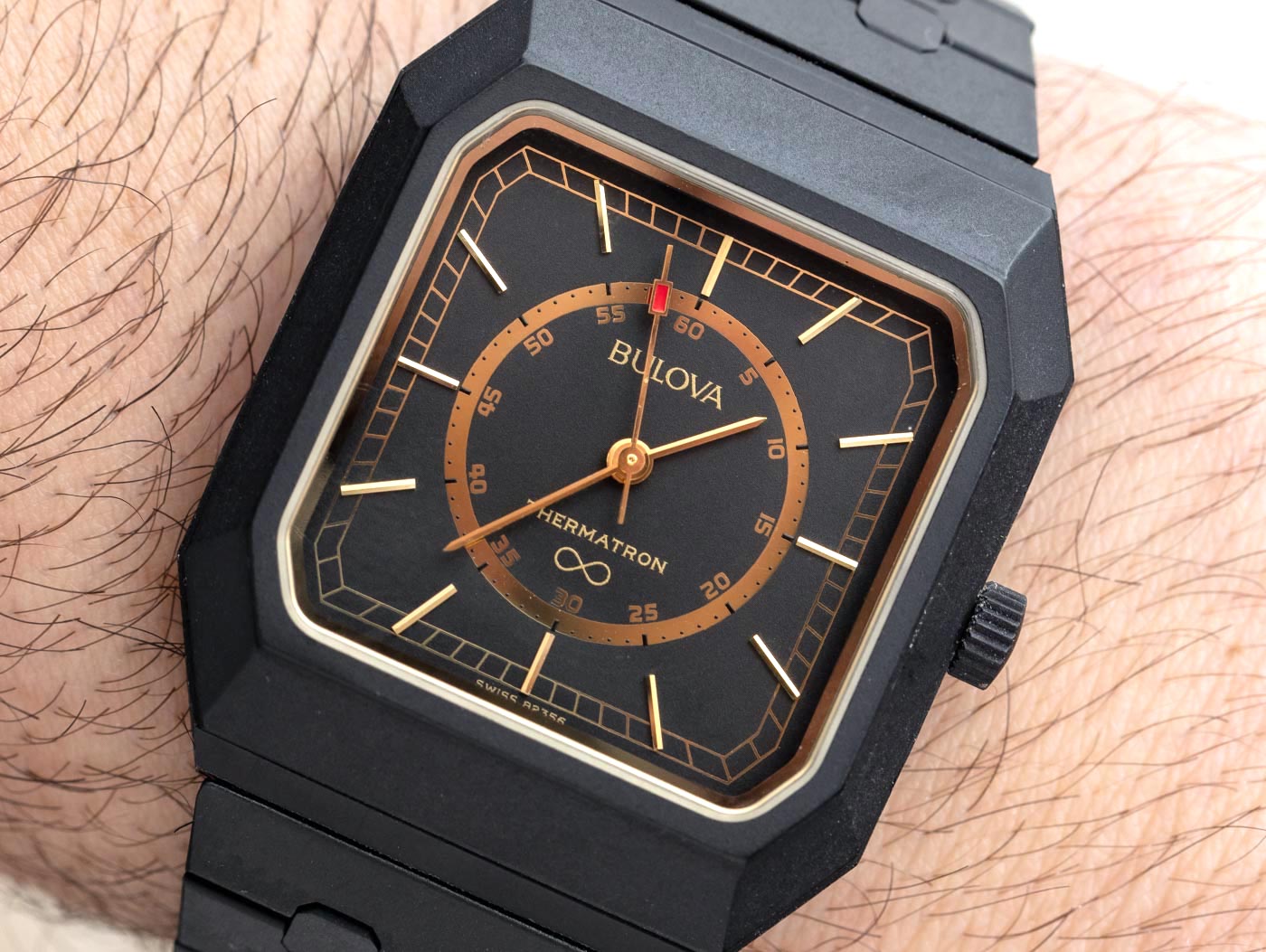 Thermatron has little likelihood of coming back as it was originally intended, as a watch powered by changes in temperature. Some of the product’s most pressing technical challenges were never really overcome. I do, however, think the design of the cases and bracelets could easily be revisited by Bulova for today’s nostalgia and design-hungry watch enthusiasts. The life of the Thermatron began in the 1970s, as Bulova tried to imagine what its next big hit would be. In the early 1960s, Bulova had great commercial success with the Accutron collection of turning fork-based electronic watches for about a decade until quartz movement technology emerged in the late 1960s. By the mid 1970s, Bulova, with its then-Asian ownership, was looking for ways it could best compete with the flood of quartz-based watch movements coming to market, as well as the very strong rivals in Japan who were responsible for many of them. 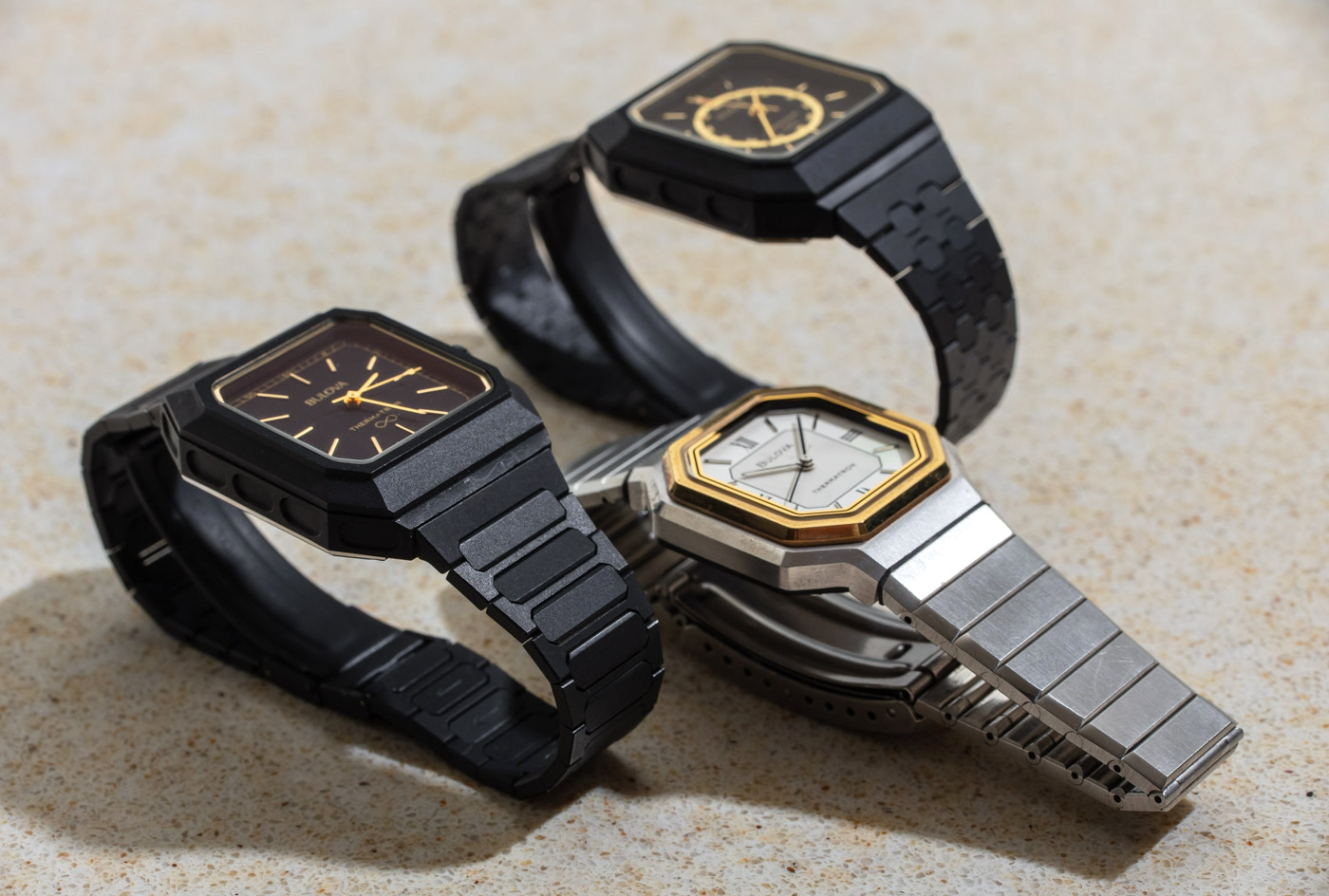 The now iconic Accutron Spaceview tuning fork watch, with its open dial, was actually an accidental success for the then-American watchmaker. Bulova never intended for Accutron watches to have open dials, as the ones originally produced were for training purposes to explain to salespeople and consumers what made a tuning fork watch different from other timepieces. It was a valuable lesson for Bulova in how practicality and emotion merge together in the decisions consumers make when purchasing a timepiece. The Thermatron concept made so much sense at the time because it was based on the idea of promoting then novel accuracy technology (quartz-oscillator based watch movements), with the inherently empowering concept of “you power your own watch with your body heat.” 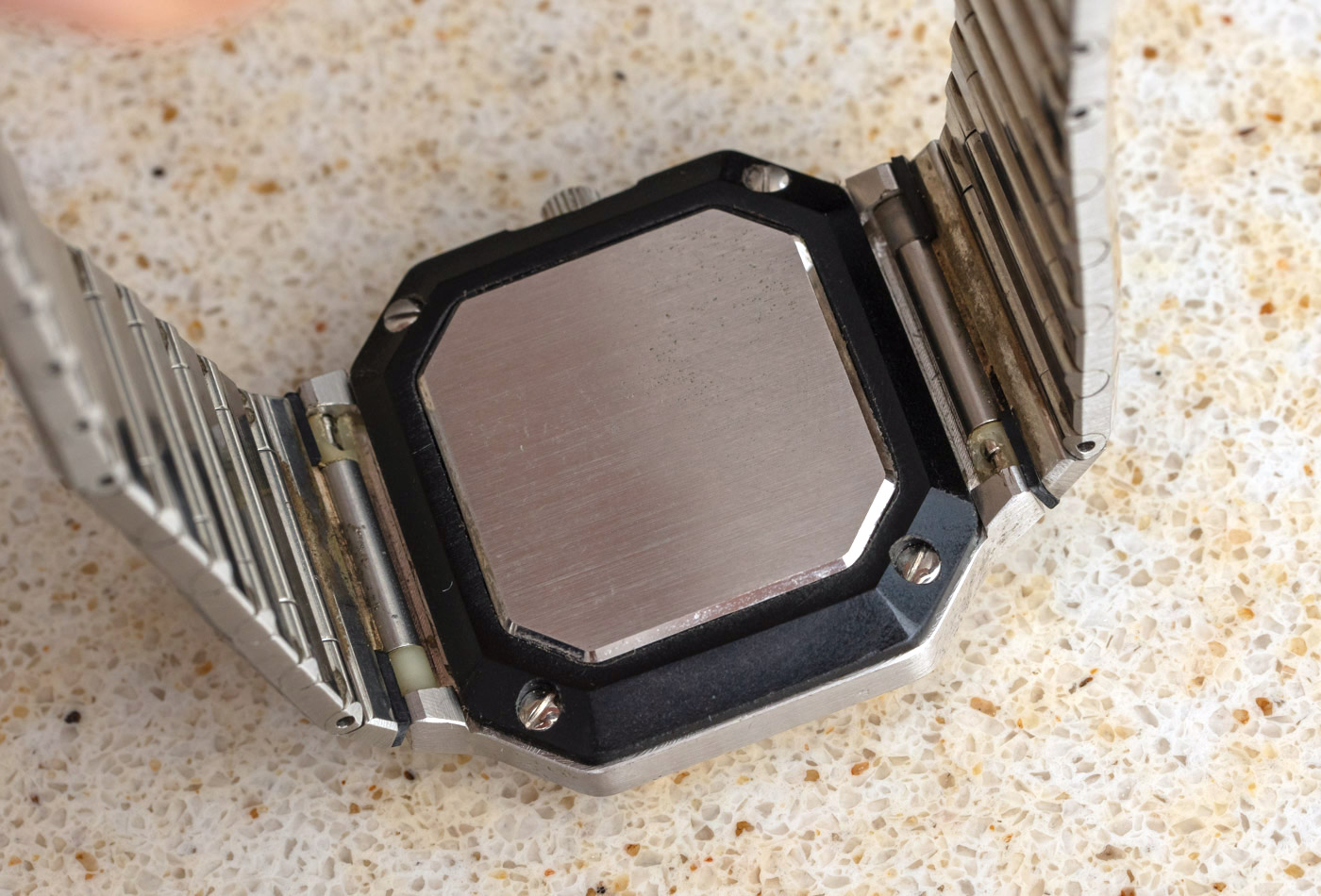 In 1979 Bulova — then owned by Hong Kong-based Stelux — filed a patent on Thermatron as a “thermoelectrically powered wristwatch.” In simple market terms, this was Bulova’s attempt to create an alternative to the solar-powered watch that the Japanese (Citizen watches, at that point) were promoting. Seiko was actually also working on a competitor to the Thermatron, with its own body-heat-powered watches. Seiko also never commercially released its competitor to the Thermatron, but the project remains on display at the Seiko museum at a headquarter building in Japan. 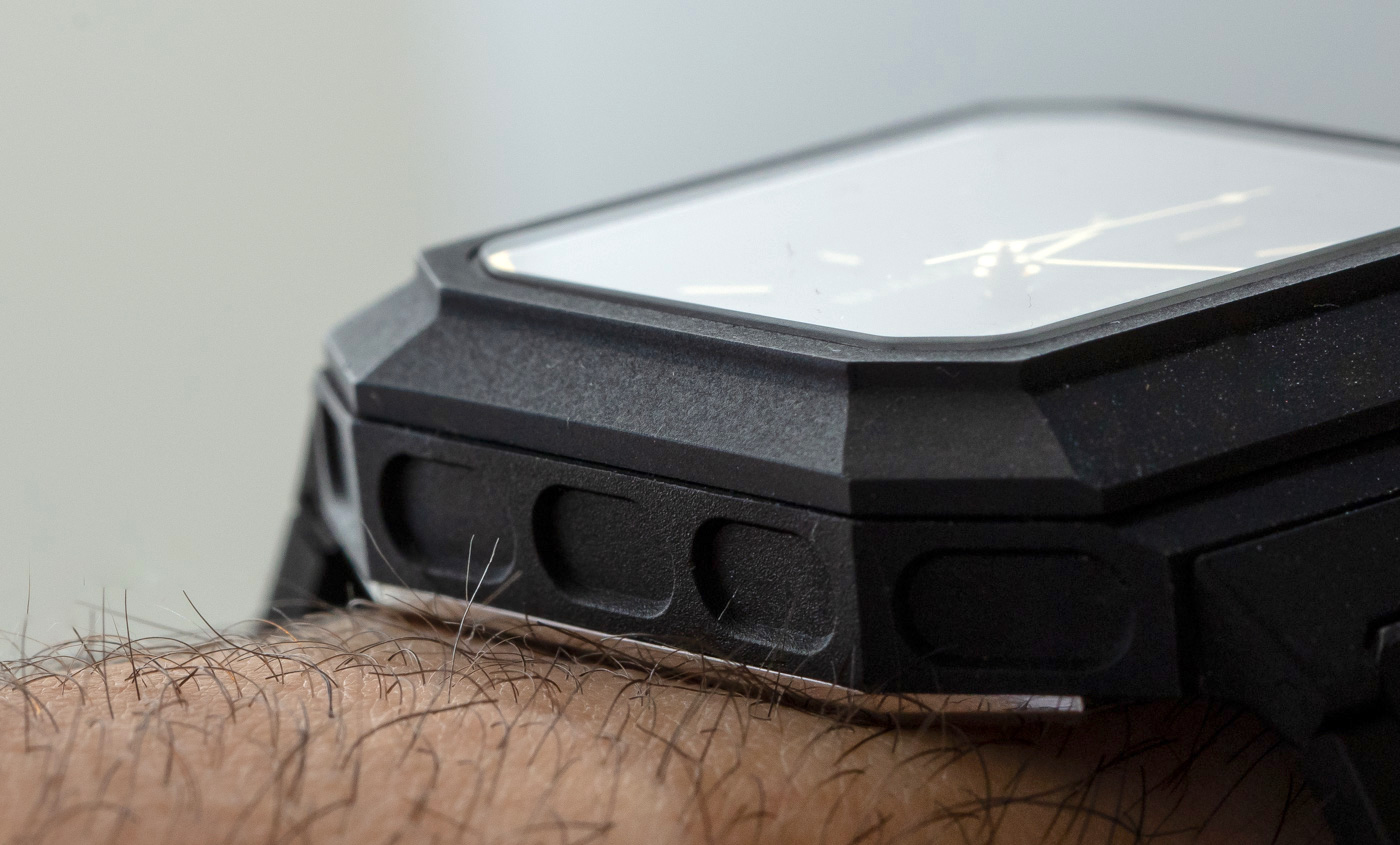 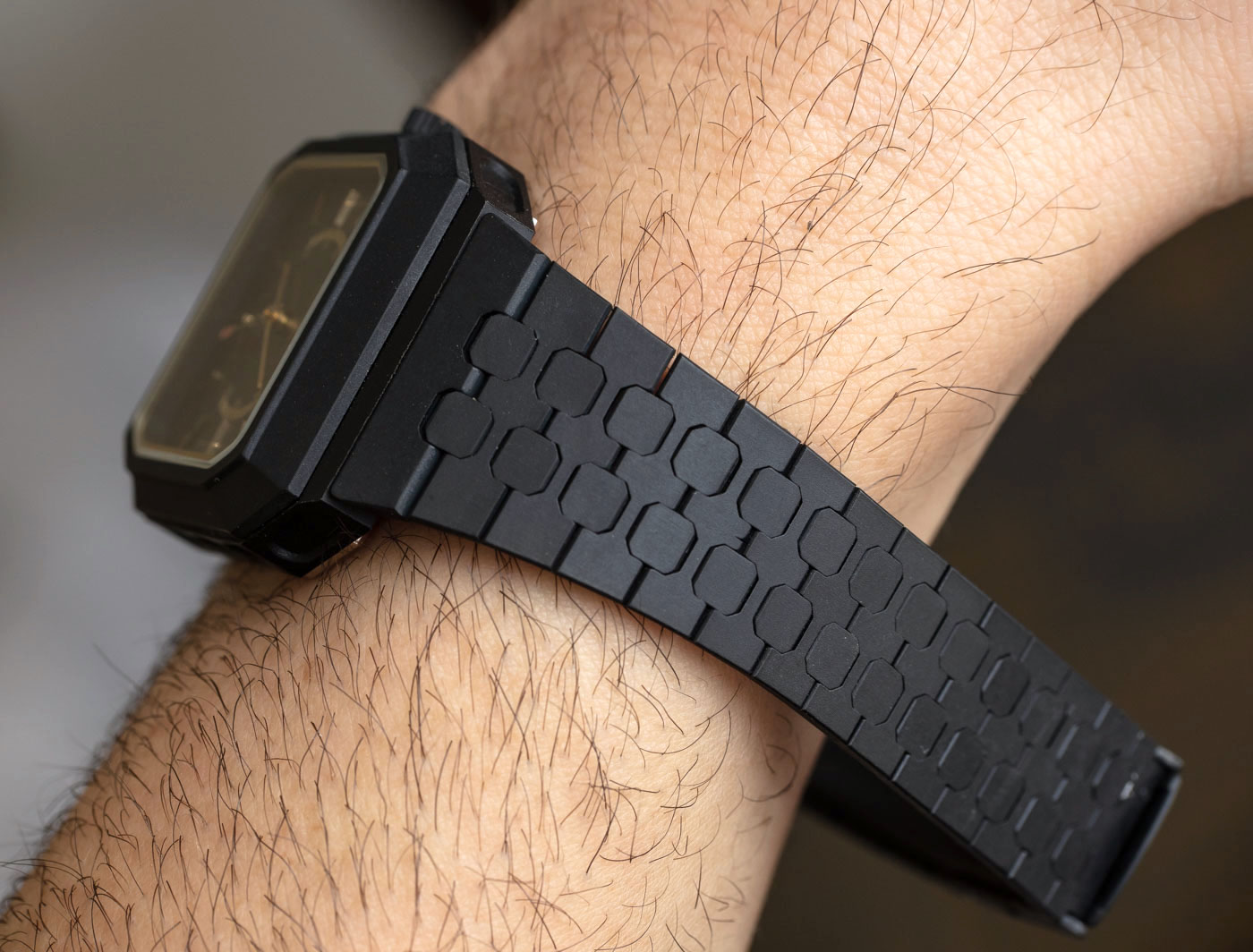 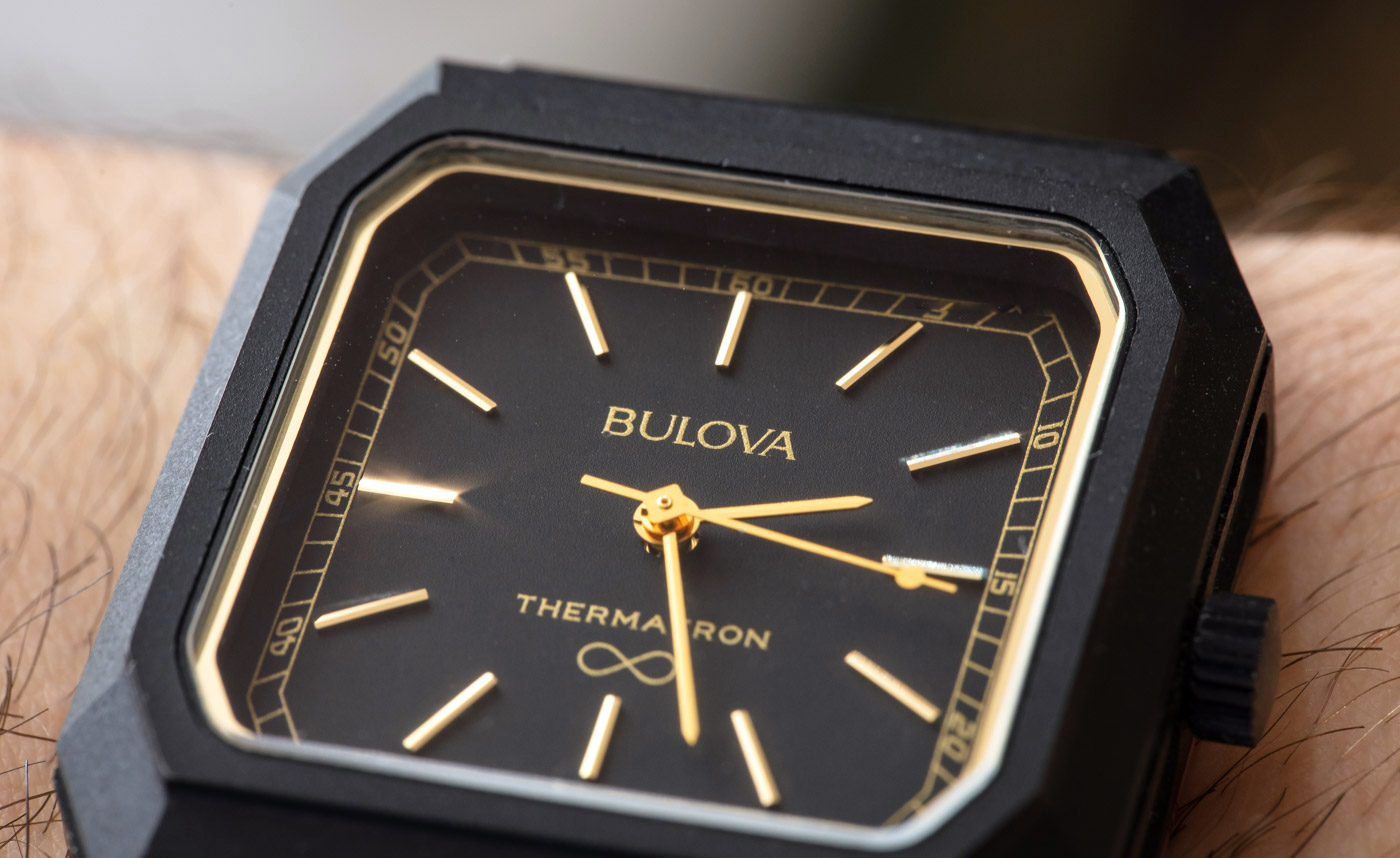 History suggests that Bulova invested so much money into the Thermatron project that they rushed its production and planned market released. Prior to the commercial release of the Thermatron, but after development of the collection, Bulova was purchased by the American Loews Corporation, which owned it until the mid-2000s when Bulova was purchased by the Japanese Citizen Group. It is possible that the financial problems related to Thermatron allowed for the sale to Loews, who, according to many, helped “turn around the brand.” The new corporate parent would not have been as emotionally attached to the years of effort put into Thermatron, and so it makes sense that they did not further invest to make the Thermatron movements work properly. Instead, many of the produced Thermatron watch units were resold to a company called STW, who tried to retrofit the movements and re-brand them. Thermatron watches were exotic luxuries at the time and certainly came with a luxury watch price in the early 1980s. 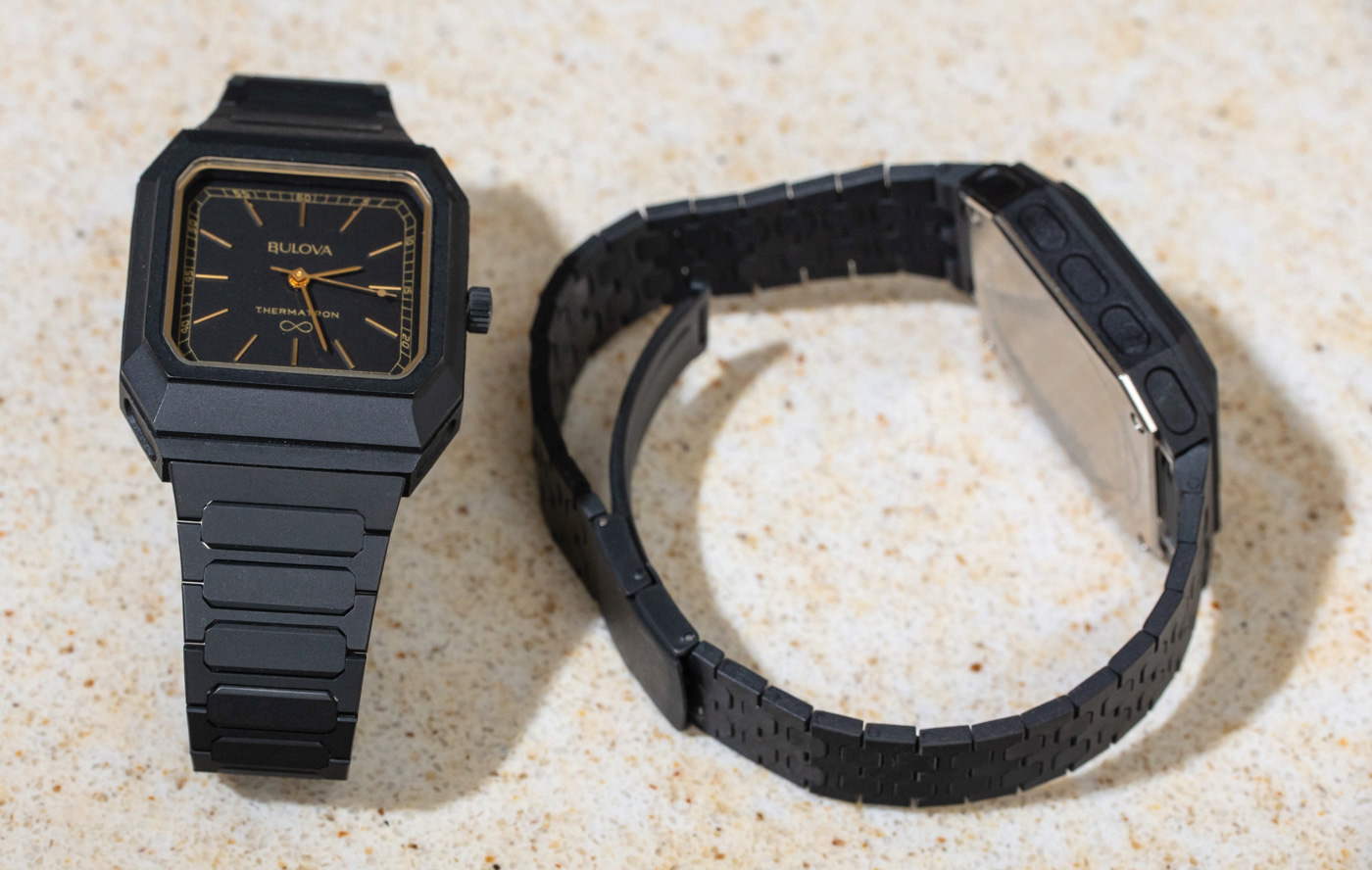 STW wasn’t able to find an affordable fix because the real-world wearing experience of the Thermatron may have been incompatible with the core principle behind how the movement was supposed to work. Speaking plainly, when worn on the wrist, there was often not enough temperature difference between the front and back of the watch (think a watch under sleeve or in a pocket) to keep the battery powered. More so, there appears to have been an issue that stopped Thermatron movements were not able to “start” back on their own. Rather, it appears that all or some of the watches needed to be “kickstarted” with an external power supply to at least get the movement running again. 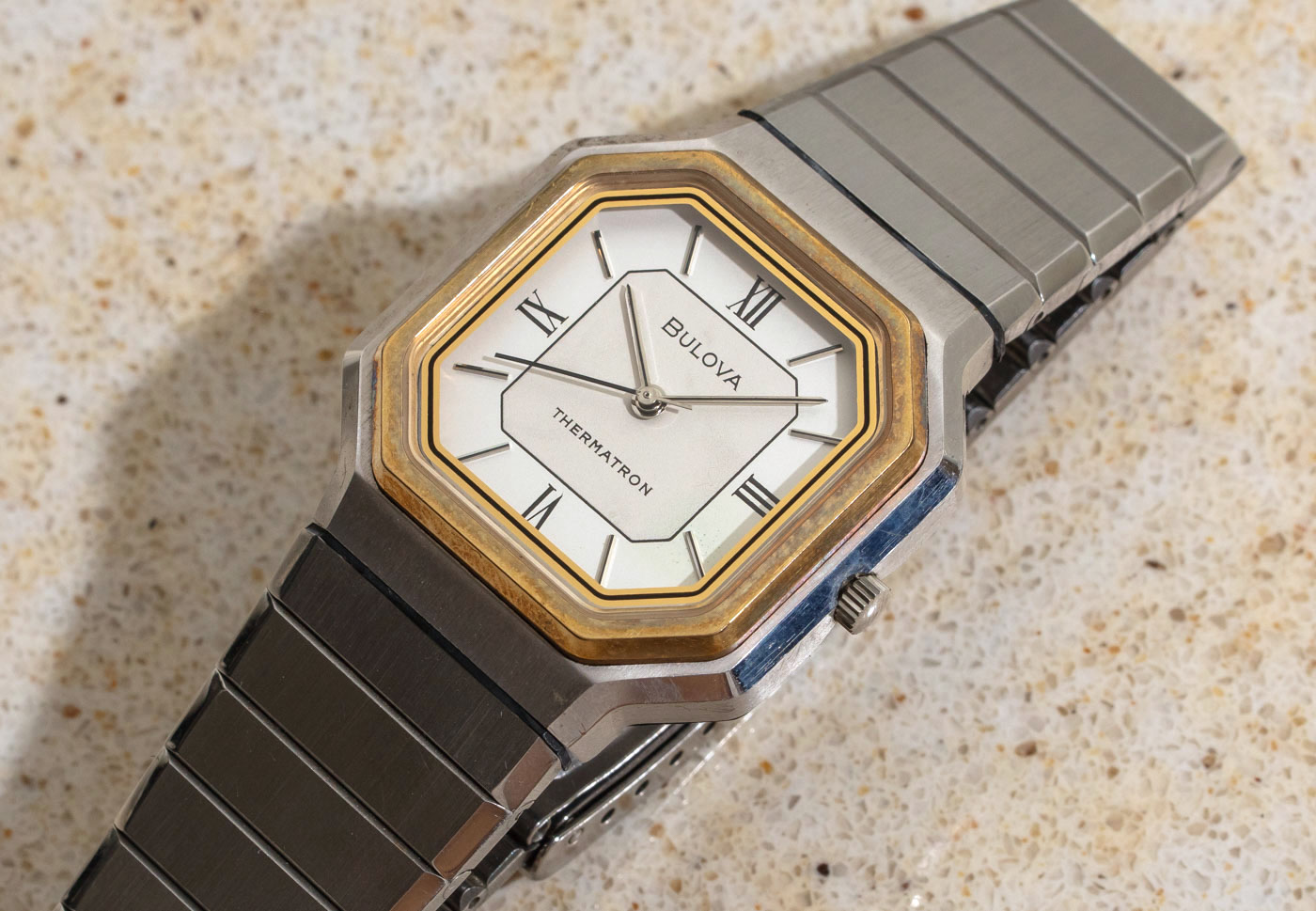 Loews made the strategic decision that the consumer would find such a watch to be far too finicky for the price, and they didn’t want to deal with poor market reaction to an expensive product. The wristwatch market during the 1980s was extremely competitive because the increasingly low cost of quartz movements meant that exotic models such as the Thermatron would only be valued if their price and convenience matched currently evolving consumer expectations. Standard battery-powered quartz movements offered so much convenience and value that Bulova perhaps correctly anticipated for the Thermatron to not be a market success and that the service costs of dealing with unhappy owners would have likely been too much. 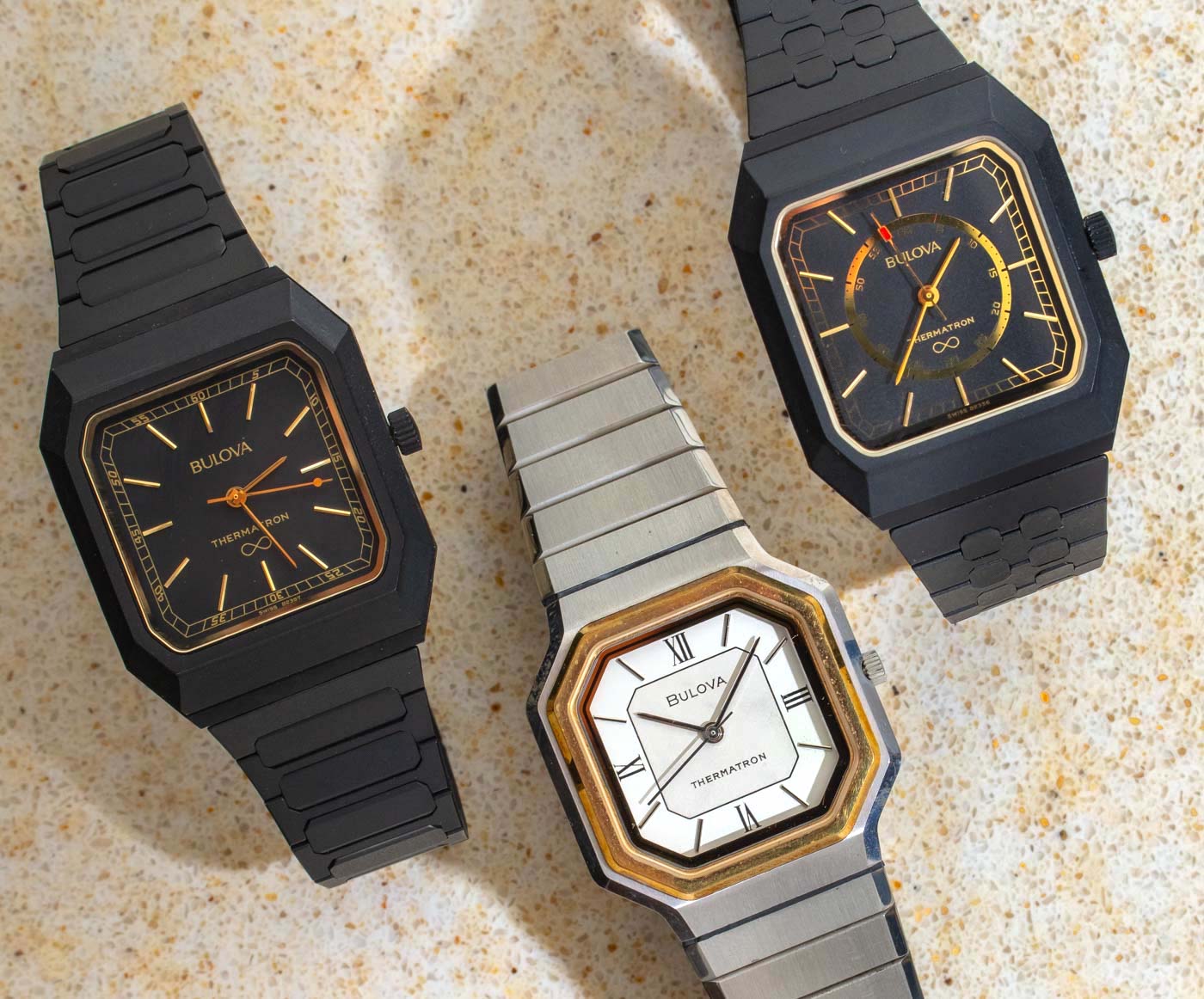 In addition to the history of the Thermatron, temperature change-powered movements and the overall aesthetics of the watch collection fascinate me. According to Bulova, it was well-known watch designer Mr. Andre le Marquand who designed the Thermatron for Bulova. Or perhaps Bulova made some revisions to work Mr. le Marquand did for them in creating the Thermatron case. Futuristic by design, the Thermatron cases were also heavily inspired by the work of high-end Swiss sport watches such as the Royal Oak, designed by Gerald Genta for Audemars Piguet. Bulova was also inspired by brands such as Cartier for the dials. Today’s appetite for watches with distinctive looking cases and integrated bracelets means to me that the Bulova Thermatron watches — at least in terms of the visual design — deserve some type of re-issue or modern execution. 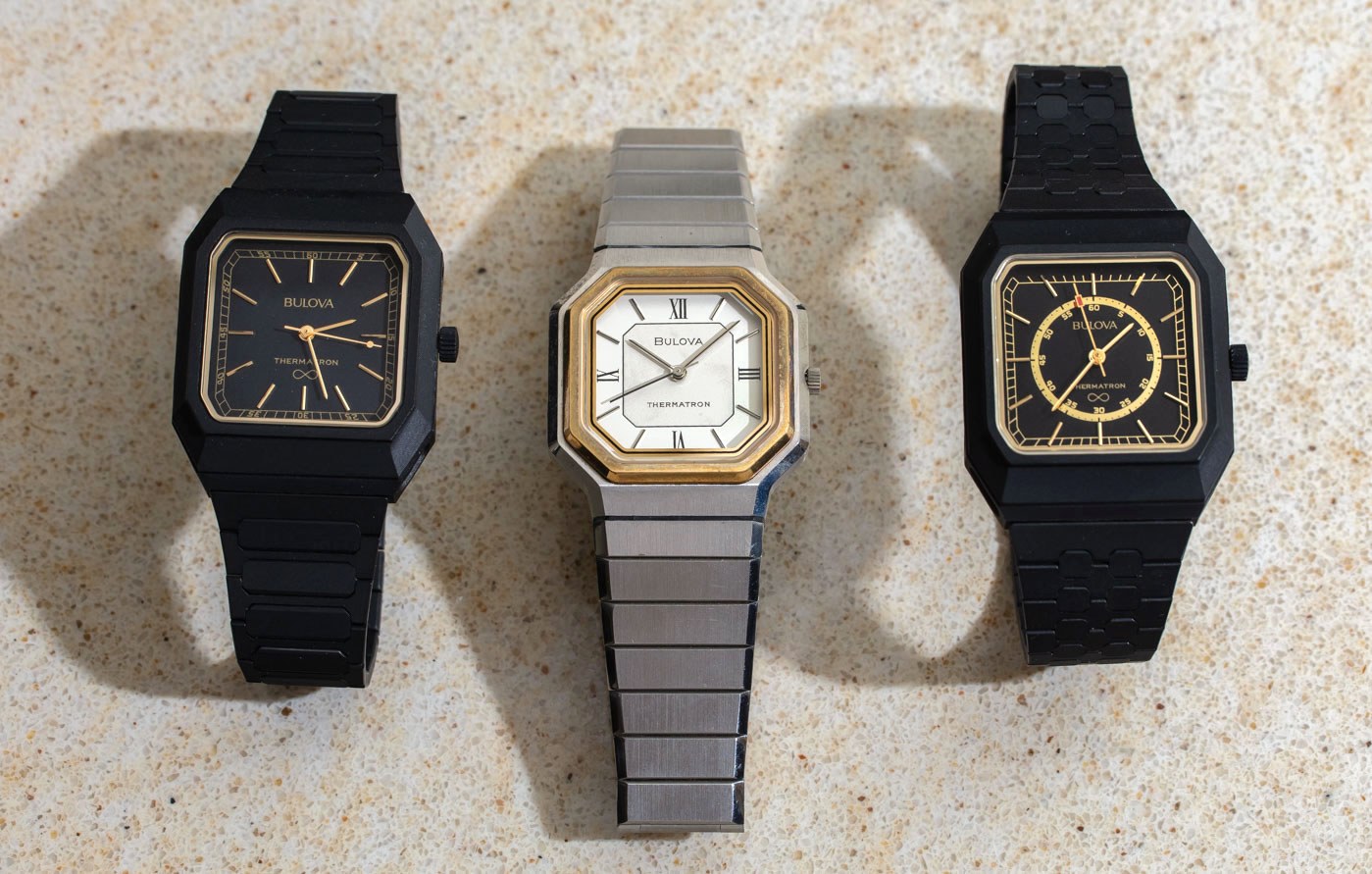 Bulova has apparently considered bringing back the Thermatron collection on at least one occasion, but they get stuck on the name part because they feel it would be awkward to bring back the Thermatron… minus the Thermatron part of it. It might even be possible to bring back the technology, but I’m not sure it would be worth it. The power one can generate from a change in temperature is relatively low, and the entire point of the Thermatron system is that it needs to be insulated and thus not visible to the eye. That means that, simply by inspecting the watch case, it might be difficult to interpret that the watch contains some special movement technology. I do, however, think that Bulova has some valuable intellectual property in the Thermatron case designs themselves, which I firmly believe can be resurrected in whole or in part for today’s watch fans. A few Bulova Thermatron watches are still floating around out there in the hands of collectors. None really work, but they are an interesting part of modern timepiece-technology history.

Thank you to Bulova’s resident historian, Mr. Carl Rosen, for his help in providing information for this article.
Advertising Message