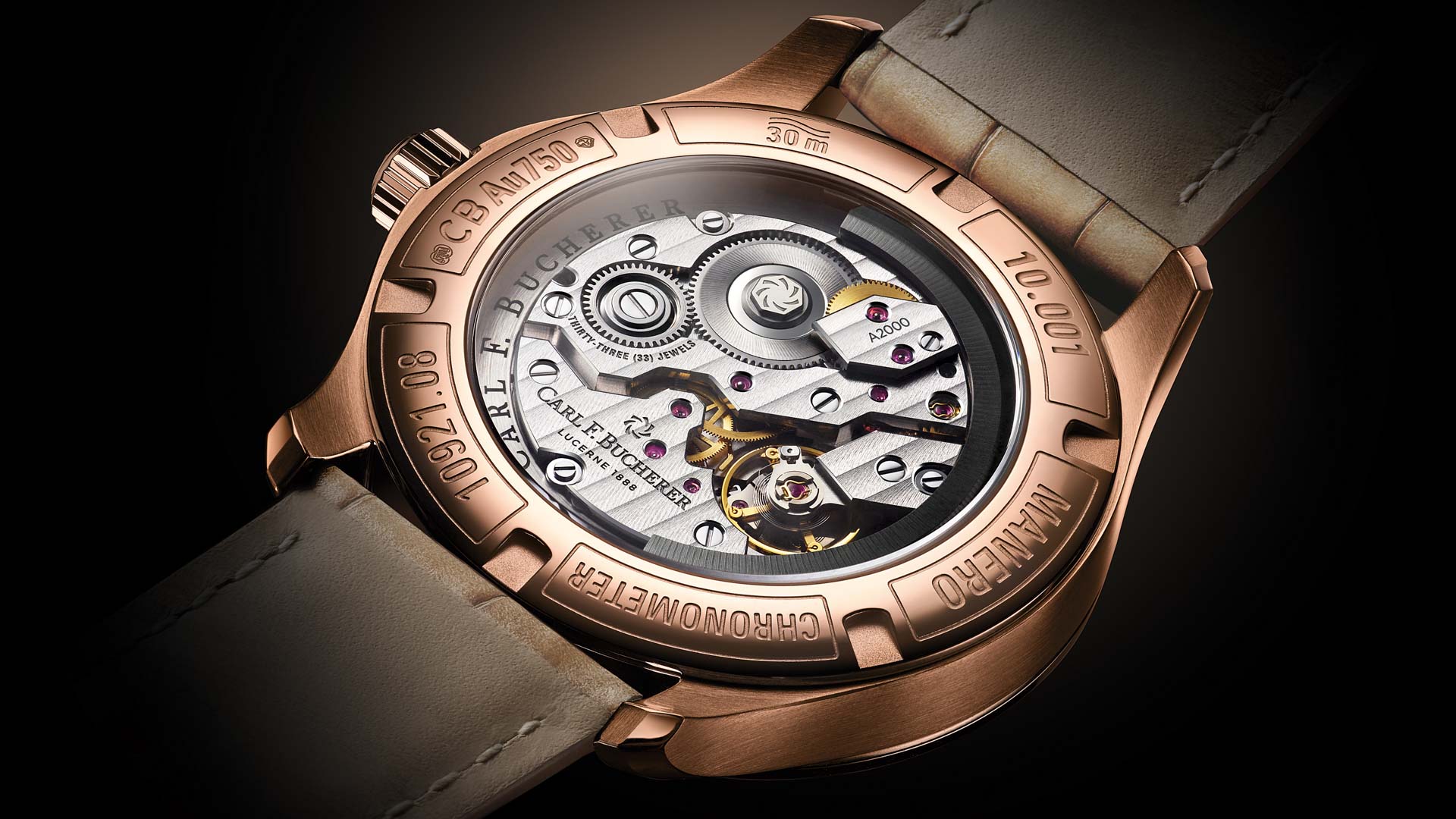 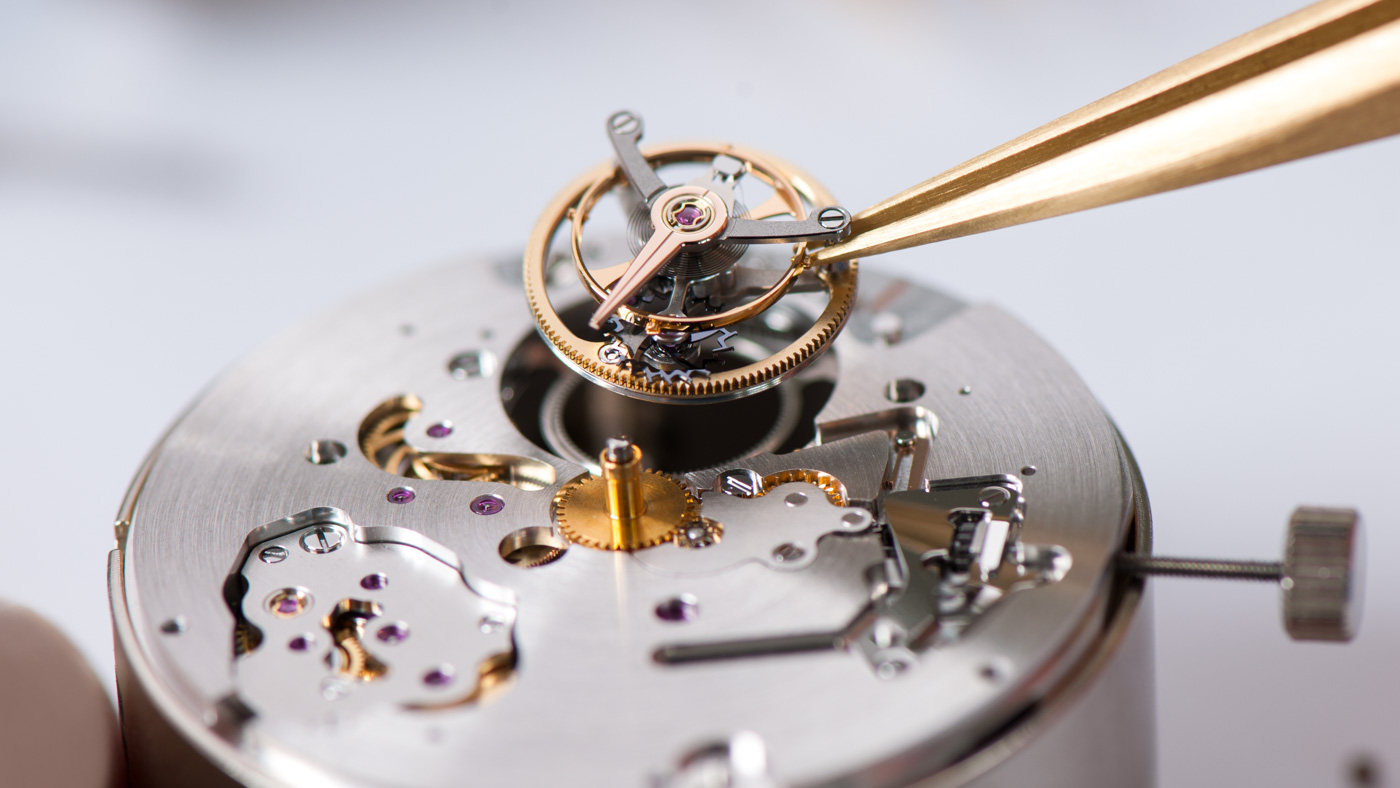 Watchmaker Carl F. Bucherer just celebrated its 130th anniversary. Its origins lie in the beautiful small city of Lucerne in the heart of Switzerland, where founder Carl Friedrich Bucherer opened his first boutique for fine jewelry and watches in 1888. While part of the Bucherer AG group, the brand is very proud of having its own history as a watch manufacture, producing ingenious, in-house made timepieces, born out of a rich heritage, driven by innovation. 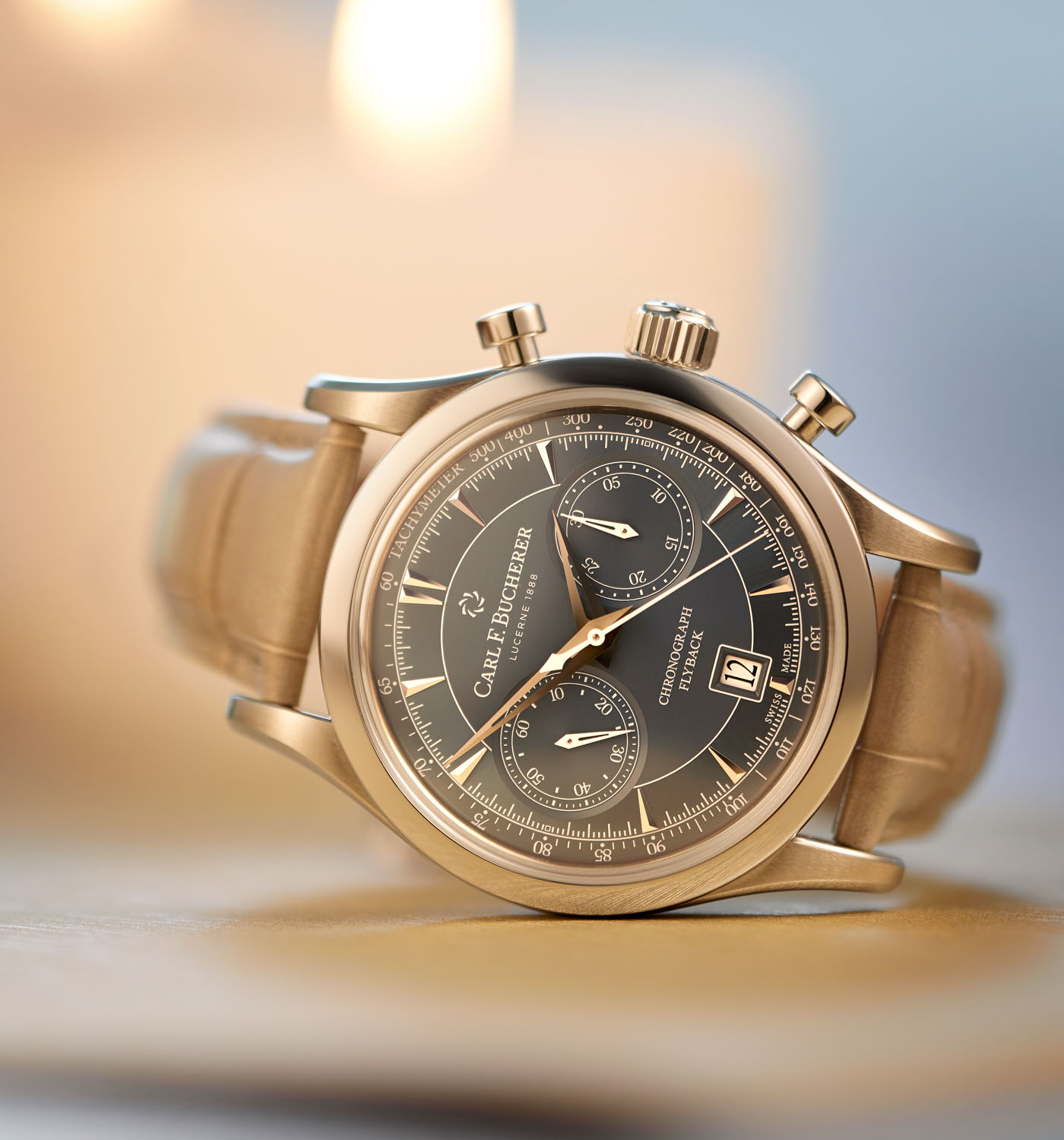 Every timepiece that leaves Carl F. Bucherer’s manufacture is a miniature work of art. Hundreds of components seamlessly combine to make a Carl F. Bucherer watch a masterpiece of fine watchmaking.

Since 2008 the brand has been developing, producing and finishing in-house movements at its own manufacturing site in Lengnau, starting with the today iconic A1000 calibre. The manufacture itself is a center of excellence with a modern infrastructure, all set to not only continue the history of making in-house movements, but establish a truly integrated production process, which meets the highest standards in the field of haute horlogerie; just lately demonstrated again with the introduction of the T3000 movement – the heart of the Manero Tourbillon DoublePeripheral. 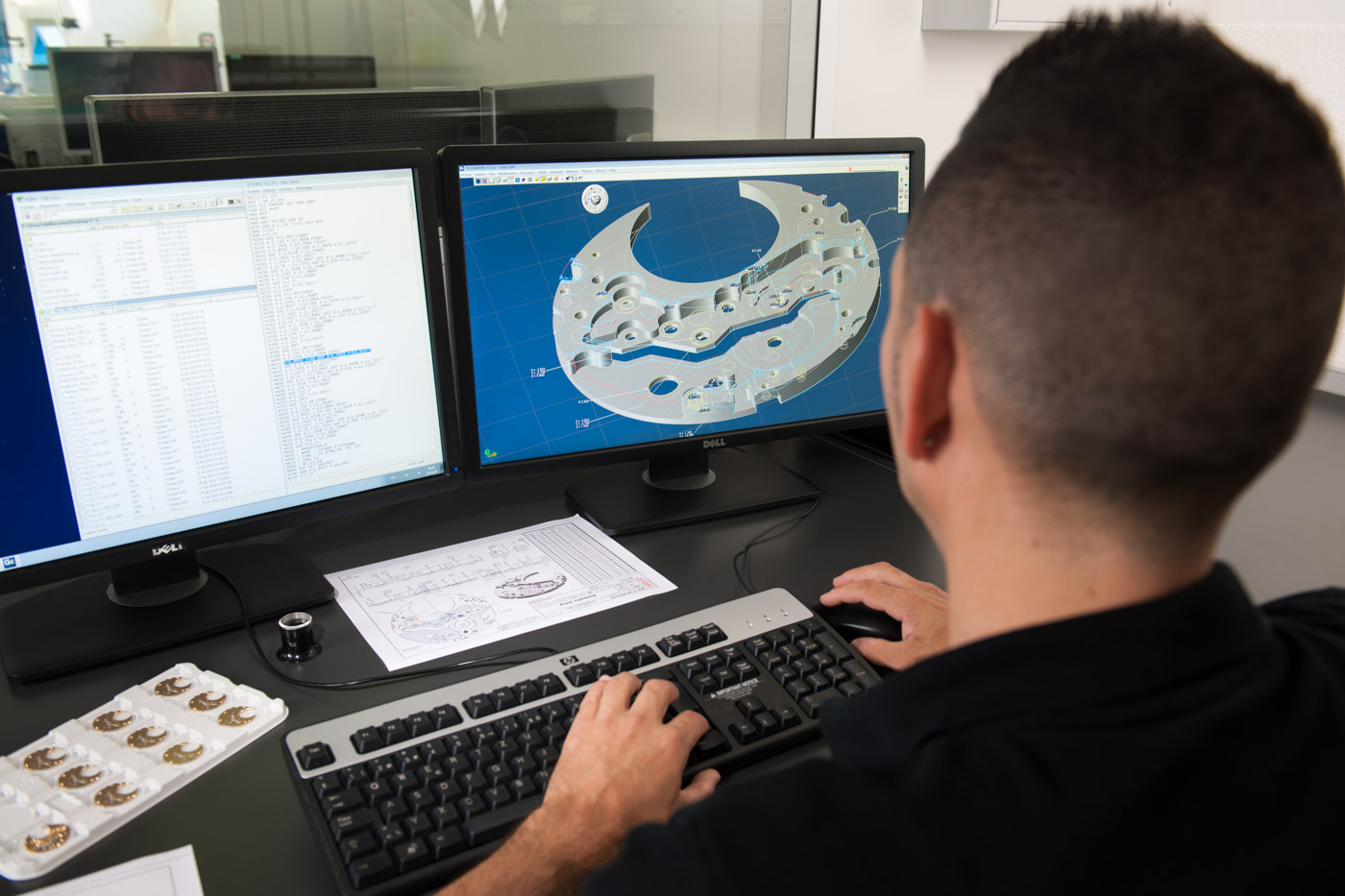 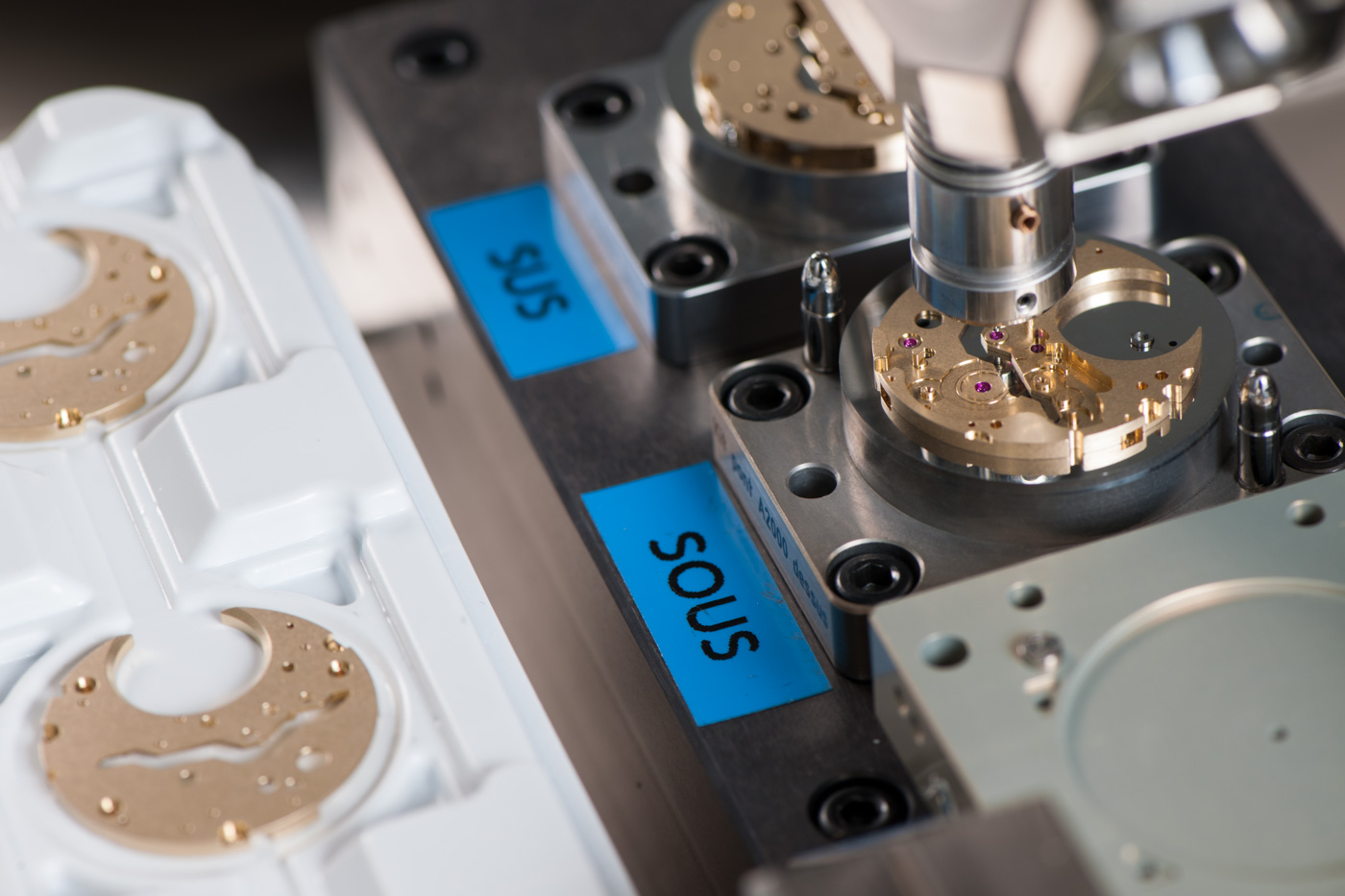 “Having our own manufacture enables us to expand research and development, come up with innovative complications and really integrate the different processes necessary in making such fantastic timepieces as our Manero Tourbillon DoublePeripheral with a floating tourbillon”, says Sascha Moeri, CEO Carl F. Bucherer.

The brand is very proud of its rich heritage, yet always following that pioneering spirit that has led to outstanding technical inventions as the peripheral winding system. Balancing tradition and innovation, Carl F. Bucherer is successfully bridging the gap between the past and the present, into a bright future: Very connected to its birth place, Lucerne, as the claim “Made of Lucerne” prominently demonstrates, Carl F. Bucherer follows an international sales and marketing strategy, growing brand awareness and a strong network of partners all over the world. All this is done as a member of the Bucherer AG group – thus under the same roof as Europe’s largest and best-in-class retailer –, all the while being recognized as an independent brand with a strong history as an excellent Swiss watchmaker.

This symbiosis of upholding the values of traditional watchmaking, working on groundbreaking innovations, and following the quest of excellence on all levels of its manufacturing process has led to Carl F. Bucherer’s acceptance into the exclusive circle of the Fondation de la Haute Horlogerie. 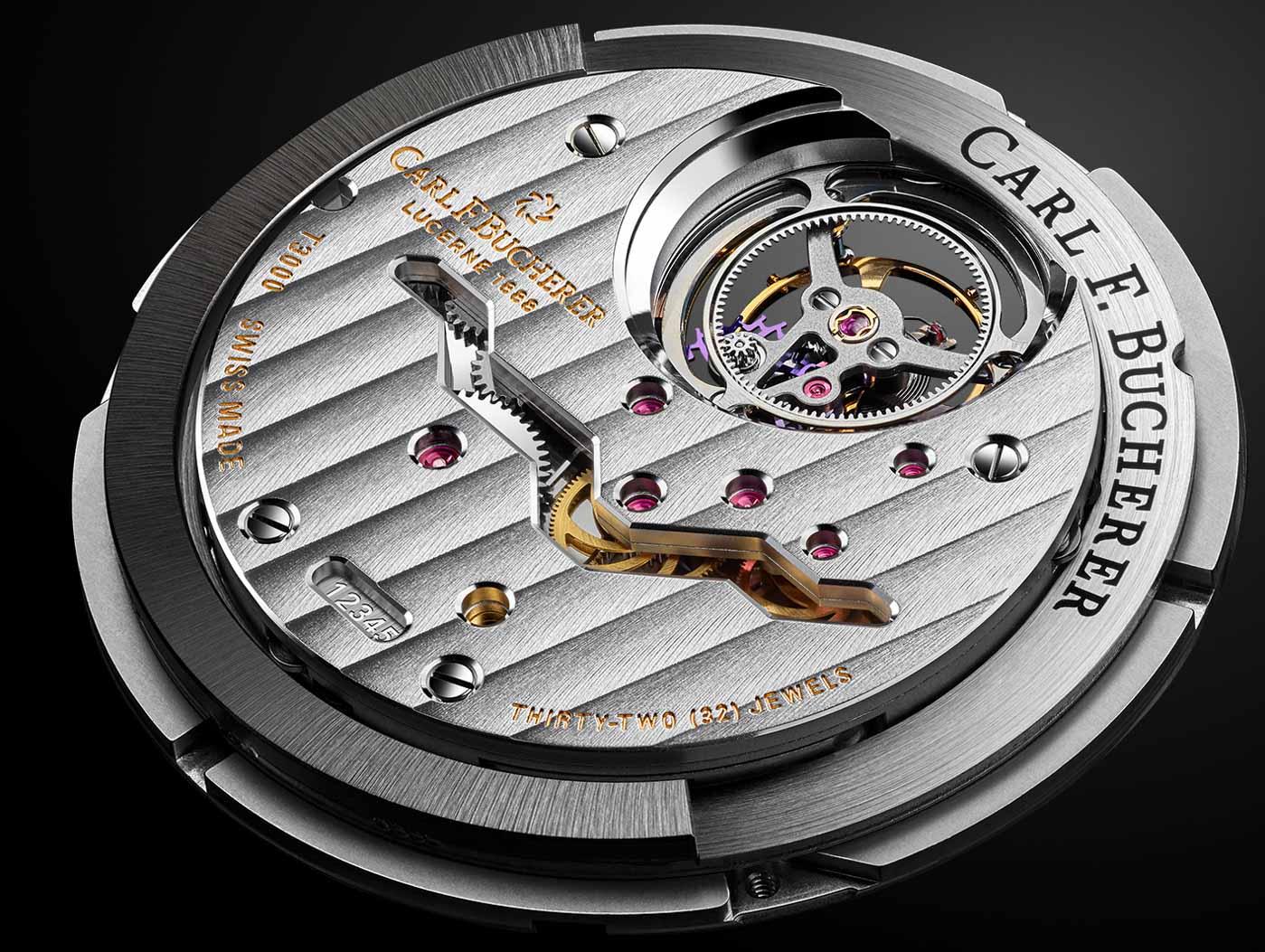 The CFB T3000 movement that powers the Manero Tourbillon DoublePeripheral. The peripheral winding rotor is to the left side of the movement on this image.

The year 2008 marked a significant milestone in the history of Carl F. Bucherer, with the company becoming the world’s first watch manufacturer to create a series-manufactured automatic watch movement that is driven by an external rotor. The peripheral rotor, which powers the watch, revolves around the movement and provides an unrestricted view of the exquisite watchmaking craftsmanship inside the timepiece, as the movement is not concealed by a conventional winding rotor.

A second movement family, the CFB A2000, followed in 2016. At Baselworld 2018, Carl F. Bucherer launched the Manero Tourbillon DoublePeripheral with the CFB T3000 manufacture caliber, the first watch ever to combine peripheral automatic winding with a peripherally mounted tourbillon that appears to float. All three movements were designed and developed entirely in-house.

“With our first in-house developed movement we set the course for the strong position we now have in the watch market. The A1000 was the world’s first movement with a peripheral rotor produced in series. The caliber set new standards within the industry and established our role as pioneers in the field of peripheral technology.” – Sascha Moeri says. 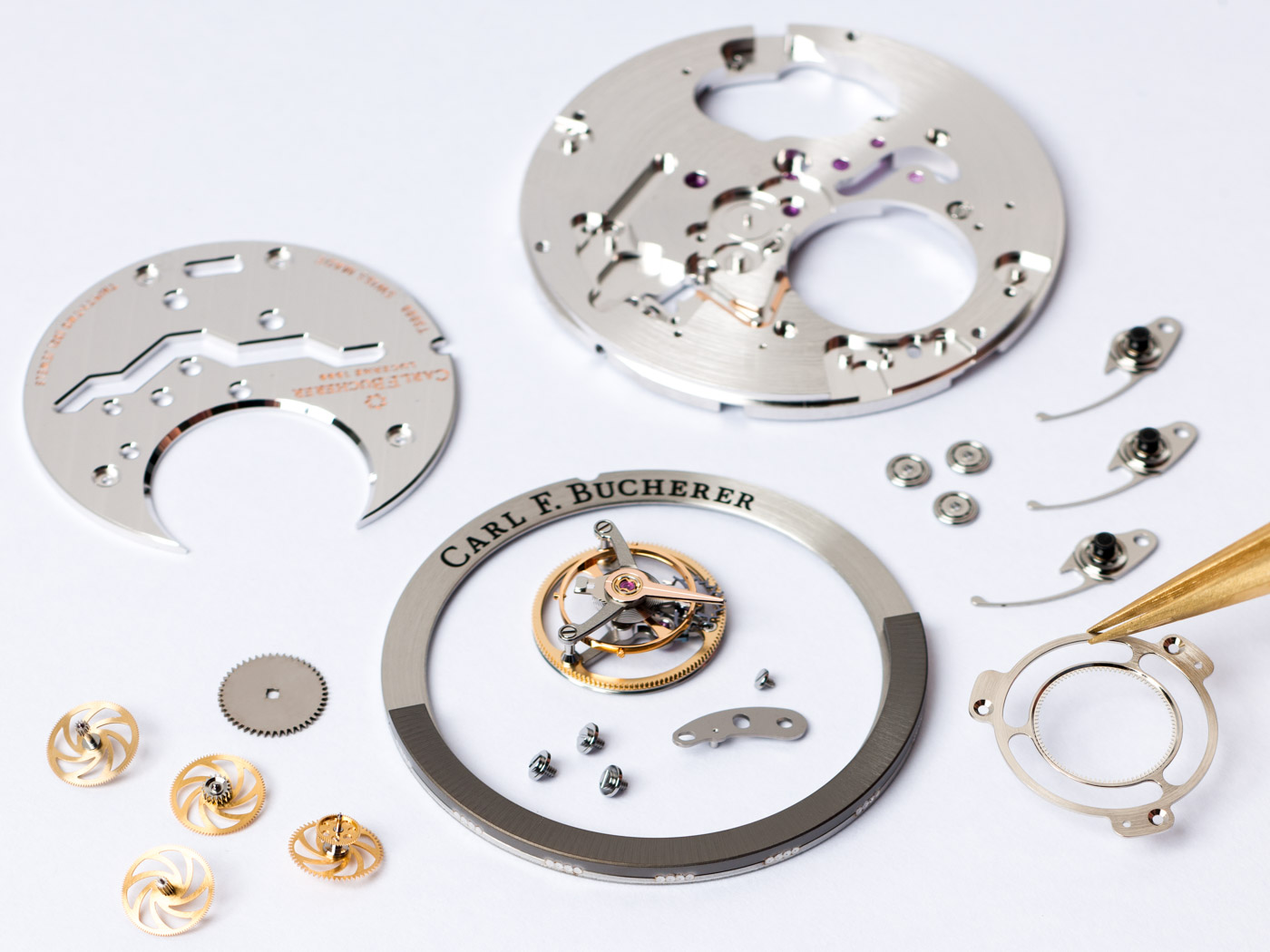 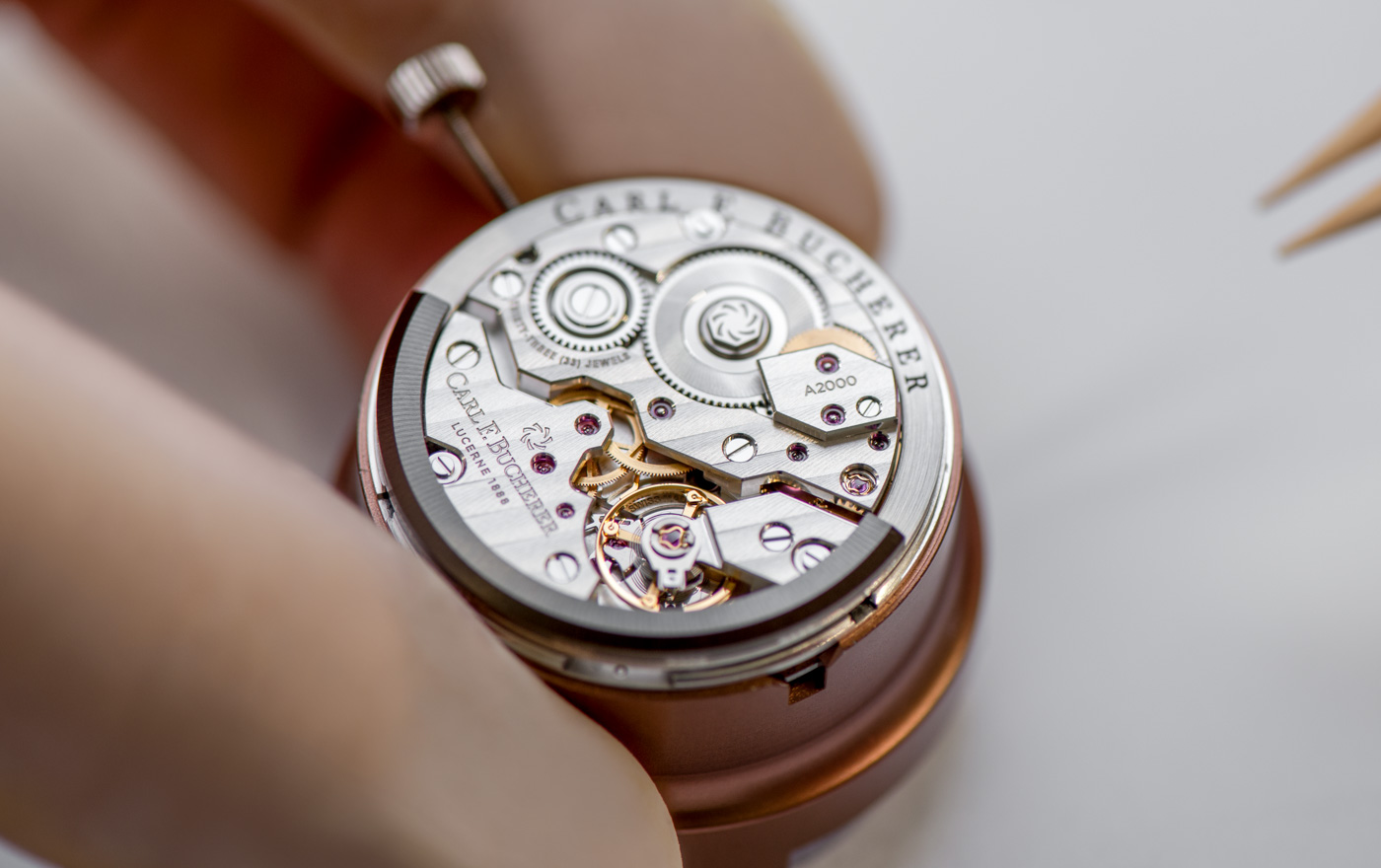 The diverse product portfolio of the brand includes five distinctive watch families, each of which comprises a range of models that share exceptional functions, materials, and designs in a wide variety of styles. The Manero Flyback’s retro style is complemented by its complex chronograph movement and unique flyback function, while the bold Patravi TravelTec with its handy three time zones is ideally suited for frequent travelers and anyone who needs to communicate internationally. With the models of its Adamavi line, the brand merges pure, simple elegance and reliable precision mechanics. The Pathos Diva is the epitome of femininity and a highlight within the ladies’ collections. Carl F. Bucherer’s first global brand ambassador, Chinese actress Li Bingbing, proudly wears several models from that sparkling line, specifically designed for women. 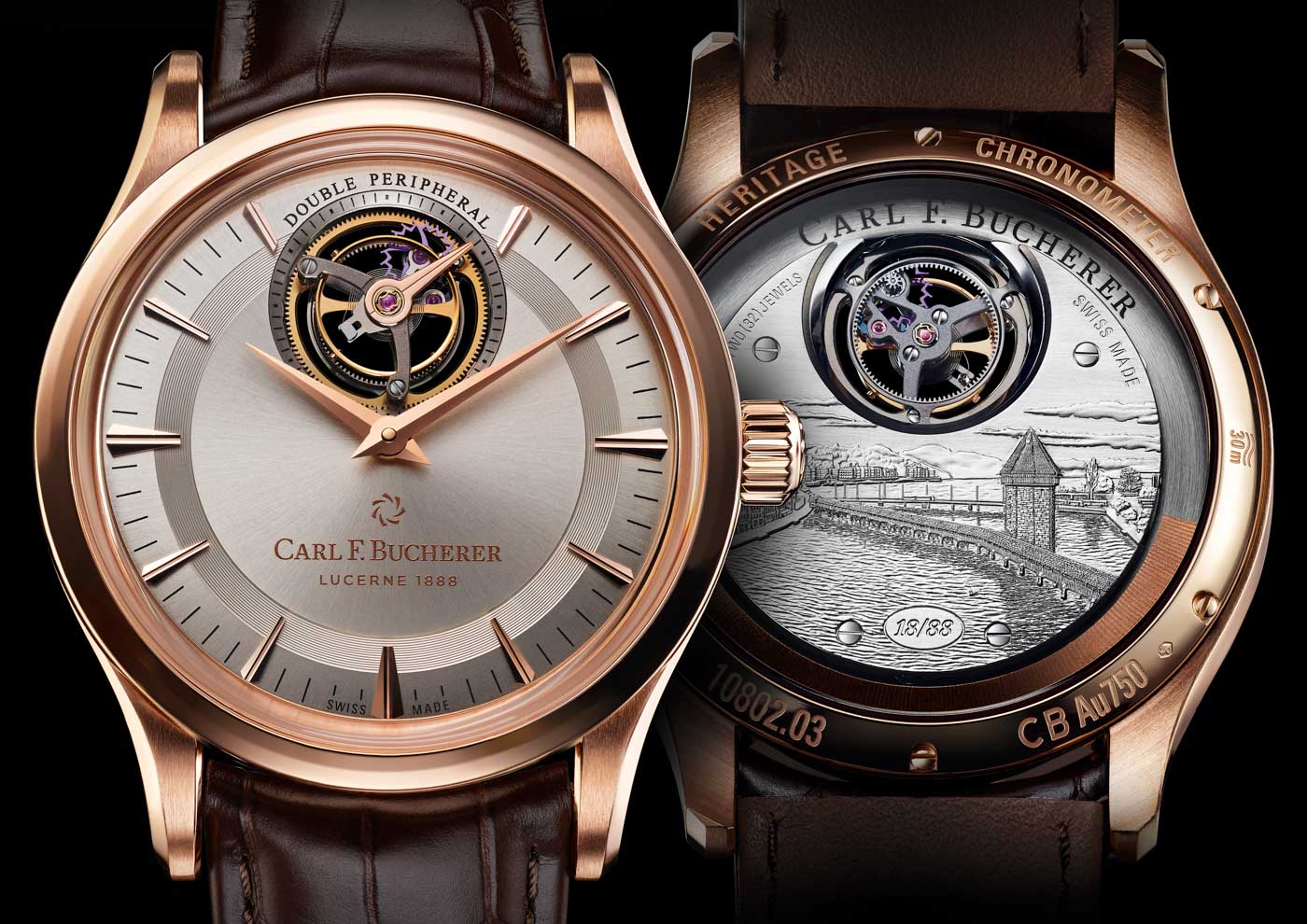 With a big launch event in New York in October 2018 and to round off its anniversary year celebrations, the manufacture started a new, sixth family of watches: the Heritage Collection, a tribute to 130 years of “Made of Lucerne” watchmaking. The Heritage Tourbillon DoublePeripheral Limited Edition is the first model in this new collection, set to carry on Carl F. Bucherer’s legacy. Limited to only 88 watches, the special-edition masterpiece pays homage to the multifaceted history of the brand, while fascinating with state of the art manufacturing technology. 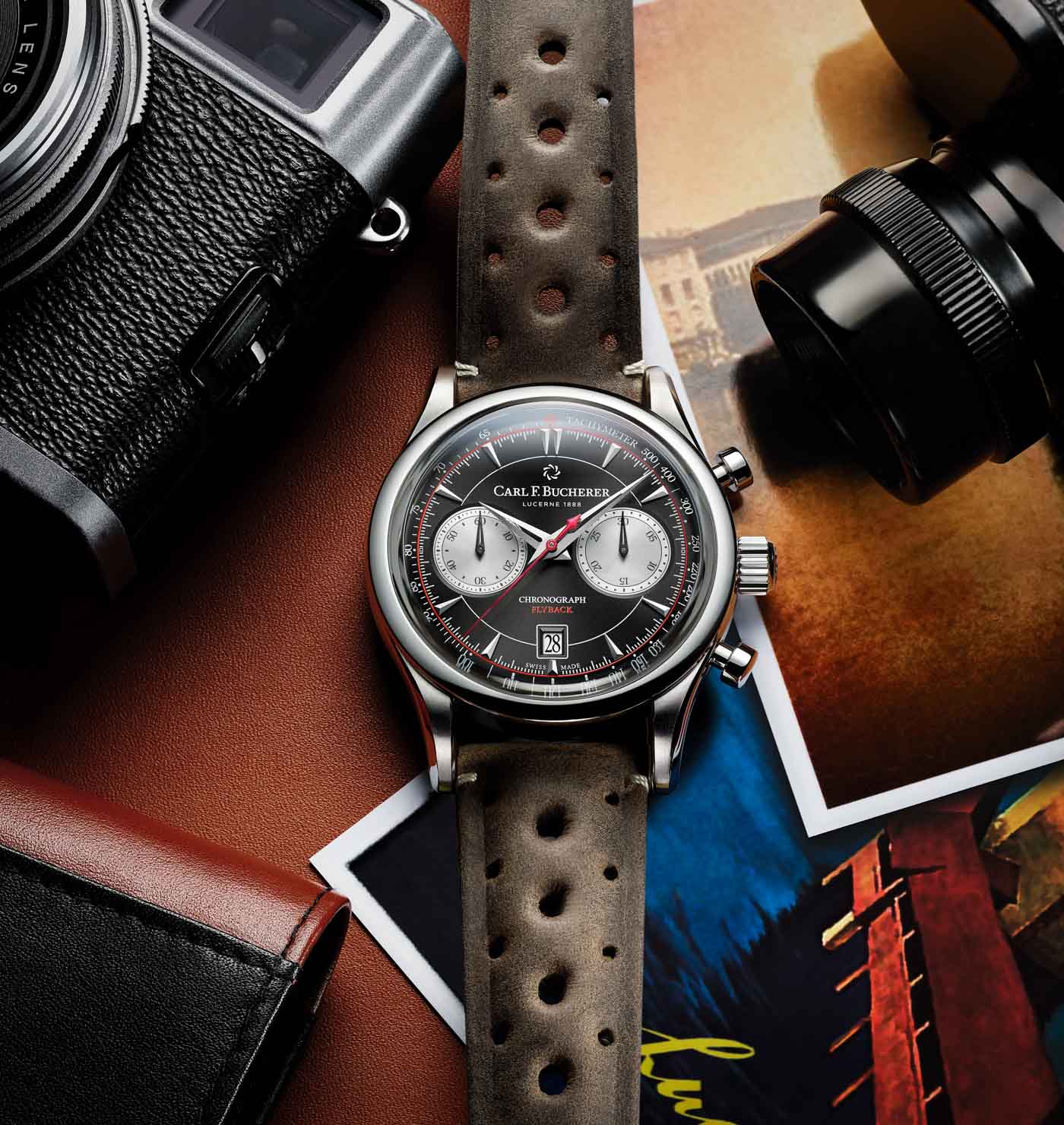 As a leading Swiss brand, Carl F. Bucherer supports various causes all over the world. For example, the company is engaged in a partnership with the Manta Trust – a UK-registered charity – that is committed to protecting and ensuring the survival of the mysterious and beautiful manta rays. This partnership underlines the company’s long-term commitment to preservation and sustainability.

Carl F. Bucherer also creates and donates a single edition timepiece to be sold at the biannual Only Watch charity auction. Proceeds from the sale of this watch are donated to support Duchenne muscular dystrophy research. 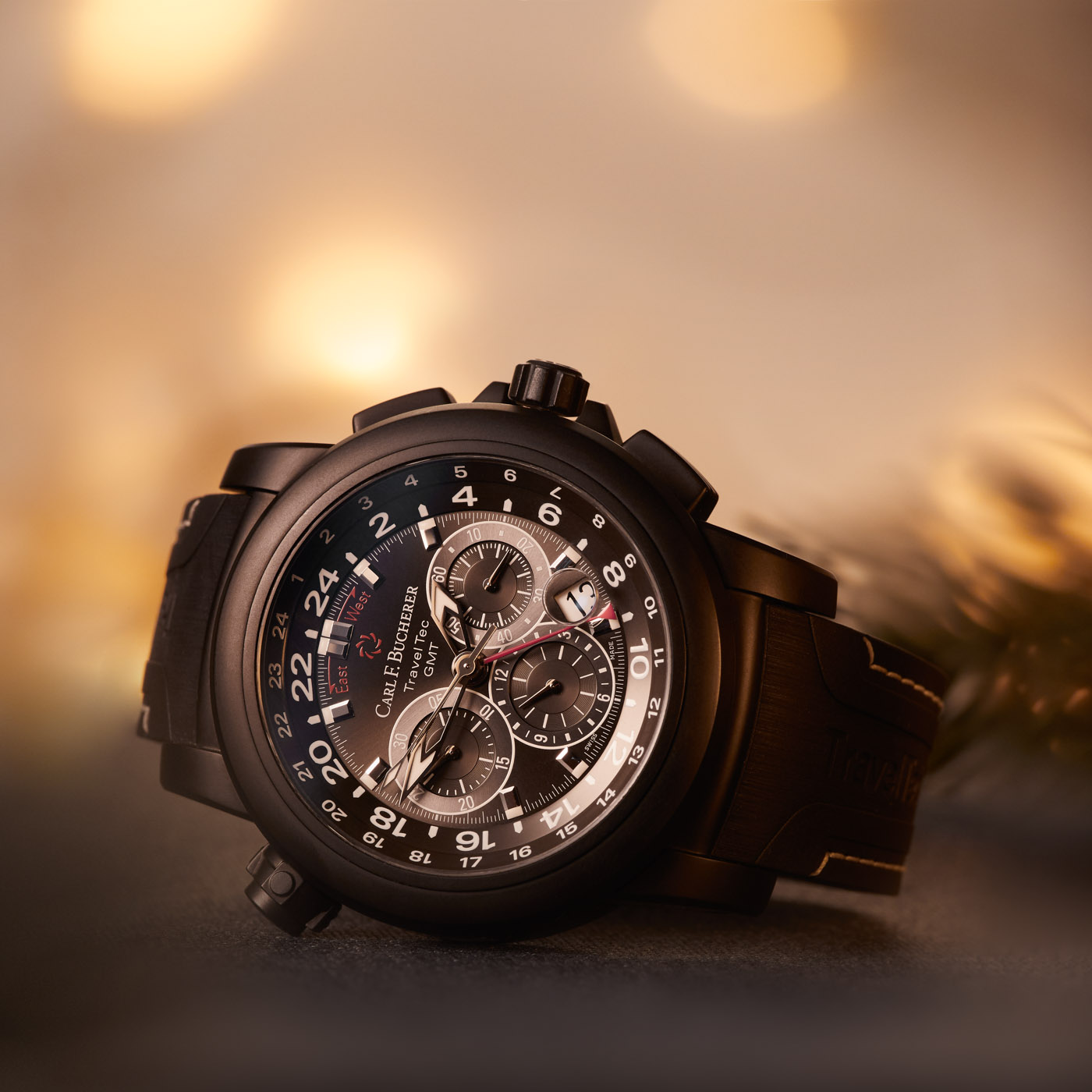 Another notable engagement is Carl F. Bucherer’s partnership with the Swiss Football Association (SFA). The cooperation with the SFA originates from the deep connection the Swiss watch manufacturer feels to its own roots. Carl F. Bucherer developed a special edition dedicated to the team. The Patravi ScubaTec SFA is an exclusive timepiece that reflects and supports the athletic prowess and the persistence of the team.

In addition to those partnerships, the brand is very much involved in the world of cinema. Just recently, Carl F. Bucherer watches hit the silver screen in Atomic Blonde with Charlize Theron. The action thriller was directed by David Leitch, who has been an ambassador for the brand since 2014. He previously co-directed and produced John Wick and John Wick: Chapter 2 featuring Keanu Reeves together with brand ambassador Chad Stahelski. Watches from the Lucerne-based brand also played a starring role in these movies. 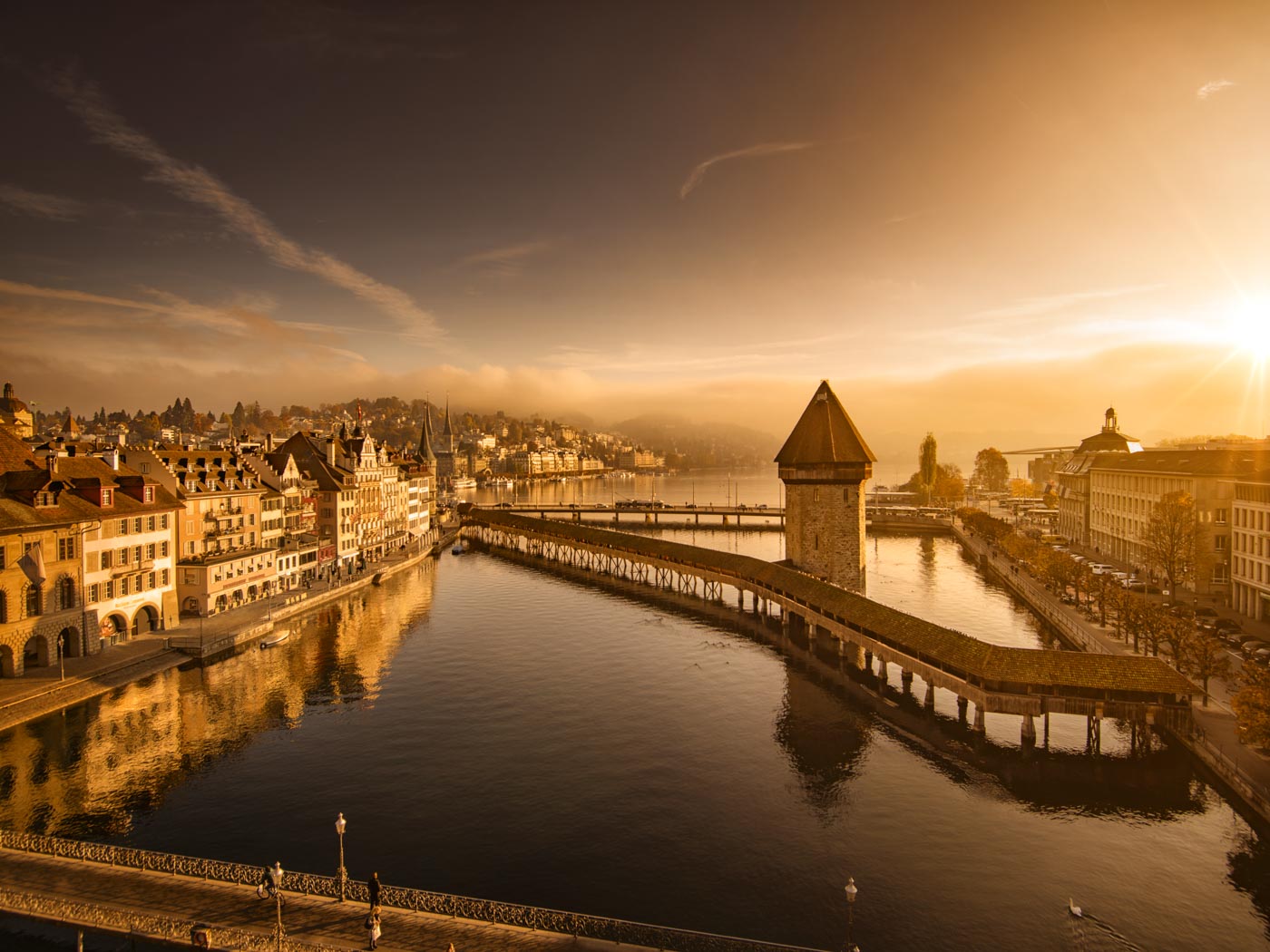 Family: Carl F. Bucherer as part of the Bucherer Group

Today, the Bucherer Group is divided into three separate operations: the retail arm, the fine jewelry division, and the watch manufacture Carl F. Bucherer. The group is led by Chairman of the Board of Directors Jörg G. Bucherer, representing the third generation of the Bucherer family at the helm of the company, and the watchmaking brand was given its name in 2001 to honor the company’s founder. Since 2010, Sascha Moeri has been CEO of Carl F. Bucherer. Ever since then, Carl F. Bucherer has been managed independently from the other Bucherer operations. Today, the watch manufacturer has consolidated its market position globally and taken its place among the world’s top watch brands. carl-f-bucherer.com