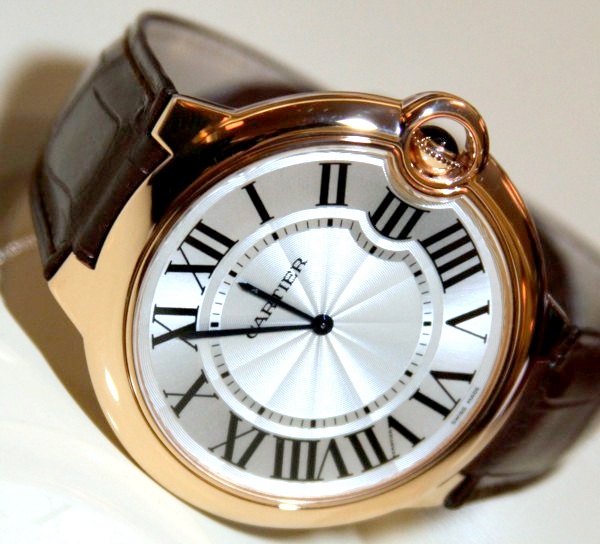 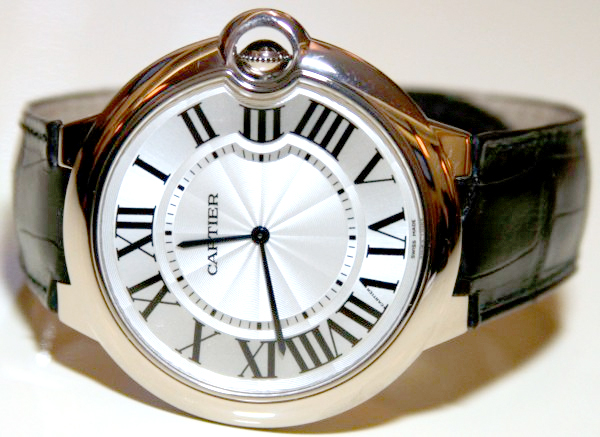 Among Cartier’s many new releases for 2011 was this ultra-thin version of the popular Ballon Bleu. I am not totally sure why the Ballon Bleu is so popular. As a women’s watch I totally get it. It has a elegant, bubbly beauty to it and some nice rounded curves. I mean the word “balloon” is in the name – at least I think that is what “ballon” means. I could be wrong, I don’t know. Regardless of the true translation, the watch collection will always be the “blue balloon” to me – and now it is a bit deflated.

Thin profile watches are hot in 2011. There are a lot of reasons for that, but cost is one of them. Brands can charge the same amount for a watch with less precious metal – and they can claim you are paying for the complexity of miniaturization. That argument might make sense, but thin watches have been around for generations. I actually don’t mind thin profile watches unless they are wide enough. Anything under 40mm wide in a think profile won’t see time on my wrist, and I prefer at least 42mm and wider if I can help it. Thankfully, Cartier made this thin version of the Ballon Bleu 46mm wide – great. 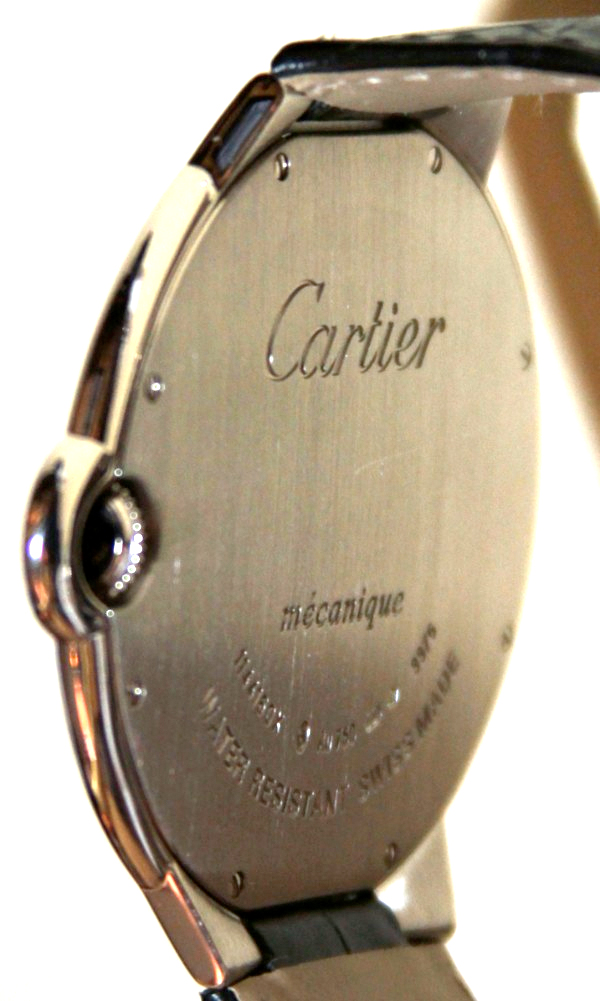 Cartier calls the watch the “Extra-Flat” Ballon Bleu. There are at least a dozen ways that you find brands naming thin watches. Some just use names like “flat” or “thin,” and sometimes terms like “slim.” The brands sometimes get a bit over excited about the svelte nature of these timepieces and feel the need to add on adjectives to help you get in their same frame of mind. This is why you see labels like “ultra-thin” and “extra-flat.” Can somebody in Switzerland come up with a set of “thinness” guidelines to help these brands out? What is considered thin? What is considered extra-thin? You don’t see the term “extra-thick.” Instead they use the term “oversized” (which I’ve mentioned about 6000 times is a dumb term I hate). The labels make no sense, but they are fun to say. As you can see, the Extra Flat Ballon Bleu is pretty darn thin on the wrist. Cartier doesn’t even publish the thickness of the case. I didn’t think to measure it when checking it out, but now I can’t tell you the measurement. So how flat is the watch? Extra flat.

To be fair, the actual thickness of a thin watch doesn’t really matter unless you want to claim you have the thinnest one in the world, as is the case with some Piaget watches. What does matter is how they look and feel on the wrist. Cartier isn’t in the game to beat any records, but it does want to offer a thin profile version of the popular seller – and it does look pretty classy. Thin just seems to be the popular thing to do these days, and brands are experimenting where they might not without this trend being around. The thin case of the Ballon Bleu Extra-Flat is broad and flat – which is good. I prefer them flatter versus curved when they are this size. The lugs curve a bit to make the watch fit better on your wrist. 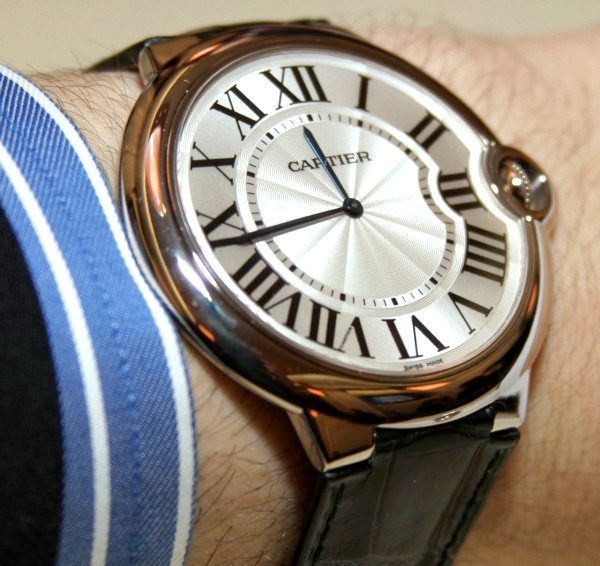 With just two hands and Cartier Roman numerals, the guilloche machine engraved dial looks slick and still easy to read. Whether or not you like the style of it is a matter of taste, but it is a pretty attractive face in the scheme of things. There is also that blue dialed version of the Ballon Bleu – that is special for the platinum cased model. Aside from that are 18k white and rose gold models with more traditional looking Cartier dials. The covered crown has a sapphire cabochon set in it. 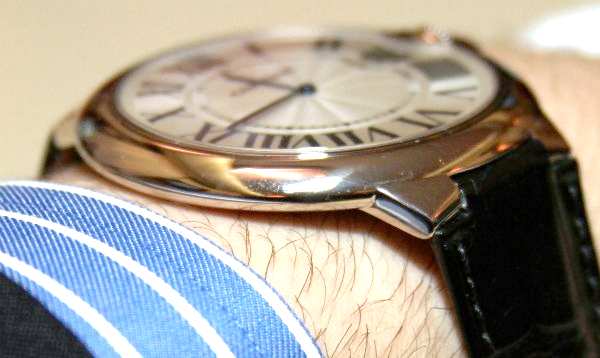 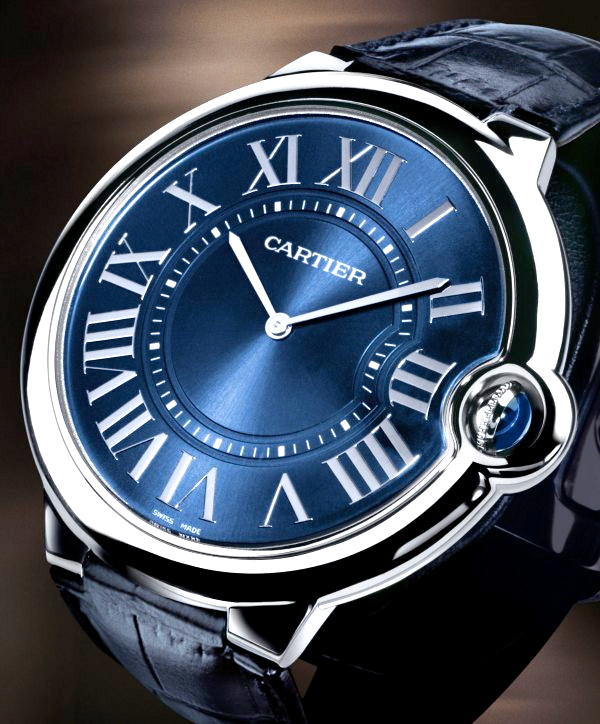 Cartier doesn’t mention watch movement is in the Ballon Bleu Extra-Flat. But a quick look on the caseback reveals the term “mecanique.” That says to me that the watch has a mechanical movement in it, which in this case is manually wound.  Really odd that they don’t publish more on that point. Most versions of this flat watch come on a brown alligator strap, but those people get the blue dialed platinum version will get a blue alligator strap. Price? The Cartier Ballon Bleu Extra-Flat will run you $20,300 – $21,800 in gold, and $32,550 in platinum.