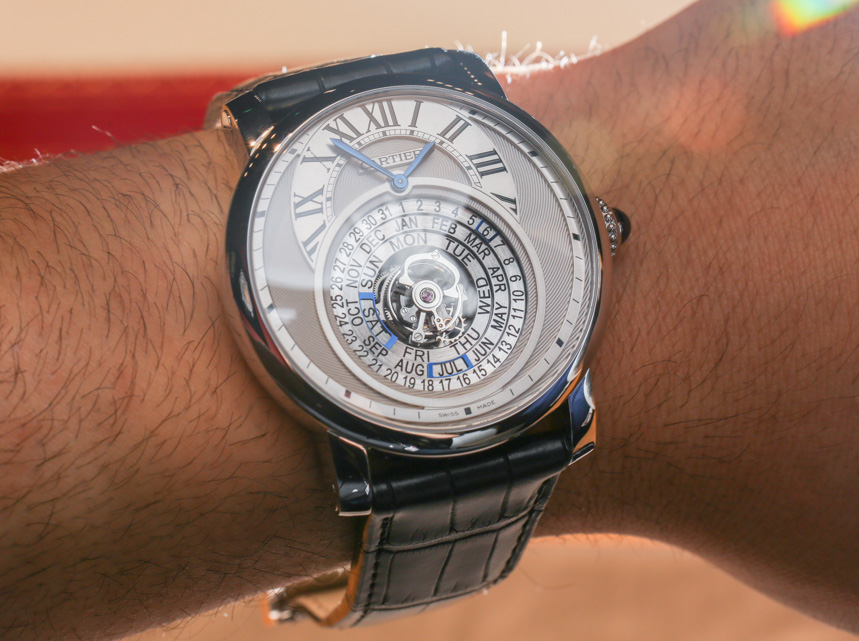 Cartier unveiled a few highly complicated novelties at the 2014 SIHH. Of them we have already discussed the Rotonde de Cartier Earth and Moon Tourbillon and now Ariel has gone hands-on with another tourbillon known as the Rotonde de Cartier Astrocalendaire. The two pieces share several key features: both display the hours and minutes on an off-centered sub dial, both are housed in the same Rotonde de Cartier platinum case – save for two millimeters of difference in diameter – and both are equipped with one-minute tourbillons.

Similarities end right there, however, as both novelties offer a very different approach to catching the hearts – and wallets – of the fans of unique complications. The Astrocalendaire’s main feature has to be the multi-tier, concentrically laid out perpetual calendar. As fancy as that sounds, the result is stunningly straight-forward: situated just off the very centre of the watch, three rings are surrounding the flying tourbillon, with each one of them dedicated to the indication of the day of the week, the month and the date, respectively. Owing to this configuration – reminiscent of ancient Roman amphitheaters – Cartier’s perpetual calendar offers legibility that few other watch do. 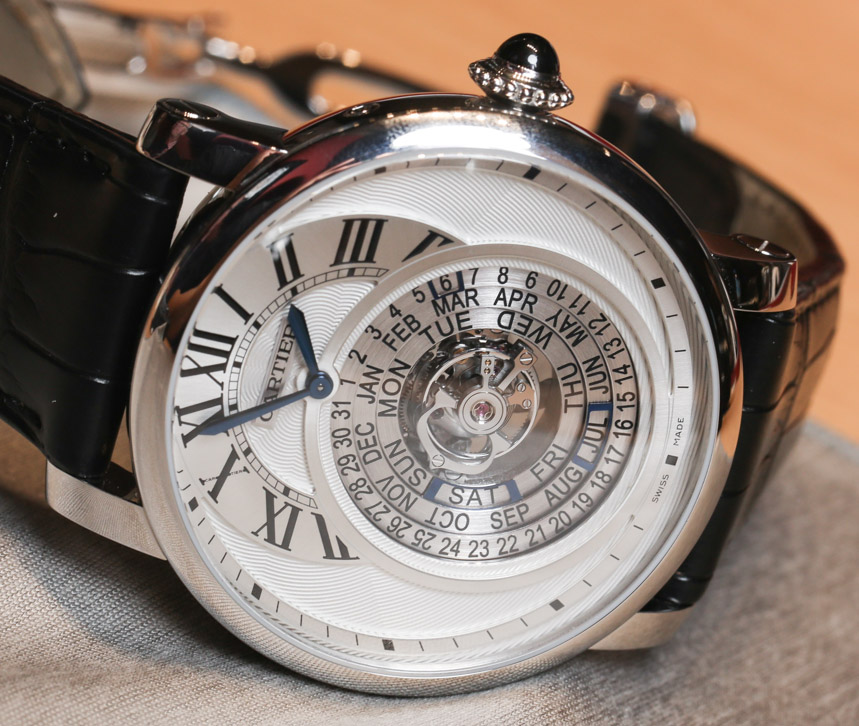 On all three tiers the exact date is marked by blued brackets that seem to float over the rings’ markings. Reading information from the three tiers and their rectangular frames does suffer in some poor lighting conditions, but the way the rings are stacked so close together makes for a quicker and easier reading compared to most other calendar watches. Having said that, one indication is missing – although it may not be instantly obvious even for those with a weak spot for this complication -, which is the display of leap years. Visible through the transparent case back, the leap and non-leap years are indicated by a hand set on one of the movement’s bridges.

Unusually suppressed by other elements – but positioned in the center of attention nonetheless – is the flying tourbillon, sporting the well-known capital “C” on its bridge. The in-house designed and manufactured movement, titled 9459 MC, is actually assembled in Cartier’s haute horlogerie  workshop in Geneva and so it is qualified for the Geneva Seal. Since 2011, the Seal not only serves as a testament to the movement’s origin and the quality of its finishing, but also includes a test of timekeeping performance. To pass the test, which is a simulation of a full week’s wearing of the watch, the movement is allowed to reach a maximum final deviation of 60 seconds by the end of the 7th day. That, though less stringent than the COSC requirements (which allow -4 to +6 seconds per day), still is fairly demanding to highly complicated watches – which the Astrocalendaire undoubtedly is. 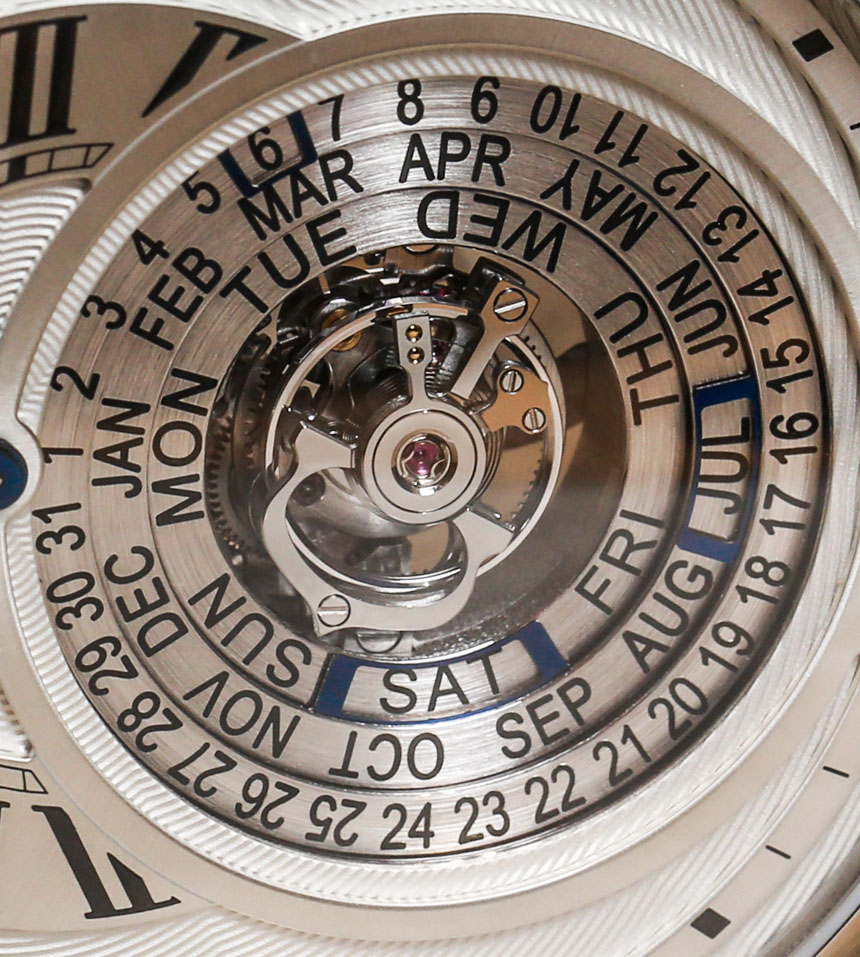