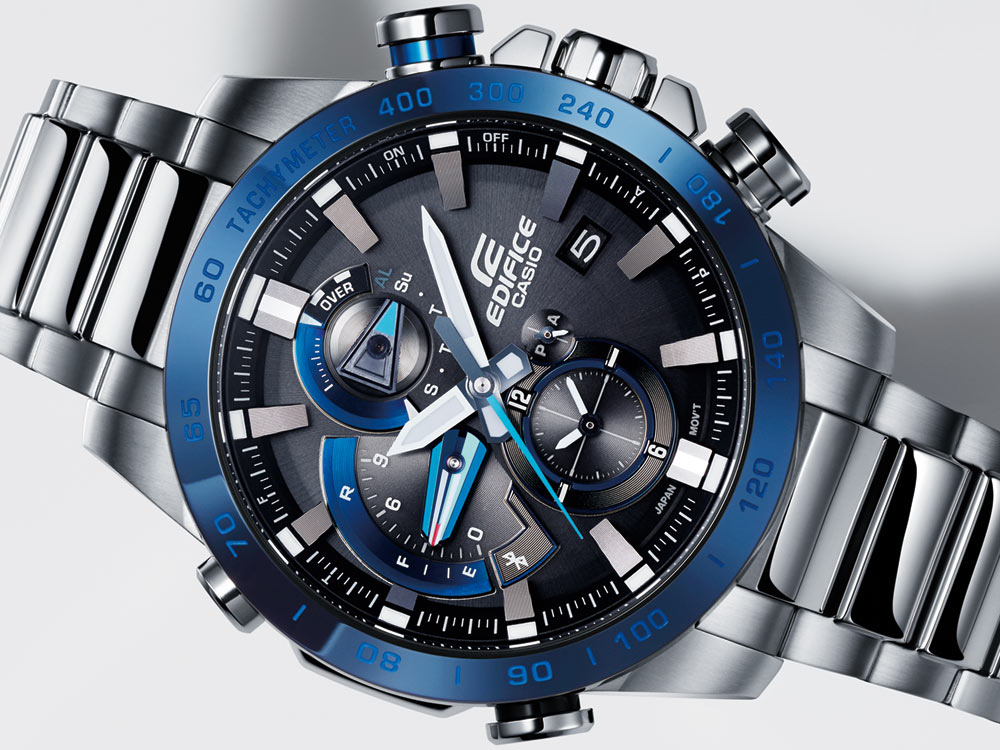 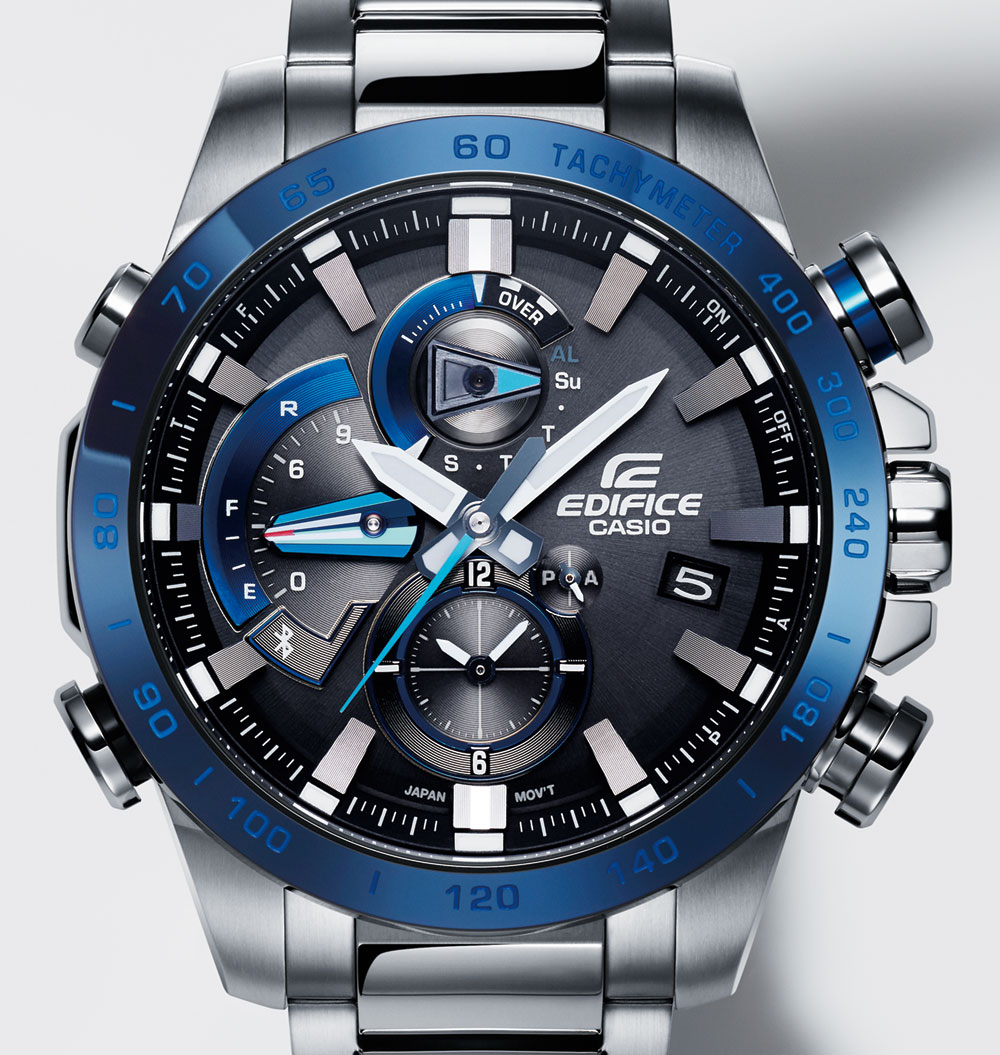 Casio’s Edifice collection of technology-driven analog watches has been expanded with the announcement of the new solar-powered Casio Edifice EQB800, a motorsports-inspired piece with “Time Attack Recording” for tracking lap times, as well as smartphone connectivity for enhanced timekeeping and convenience. Edifice watches are designed as a more sophisticated-looking marriage of digital technology and analog aesthetics which can more easily make the jump from weekend wear to the office, compared to Casio’s immensely popular but more casual G-Shock series. 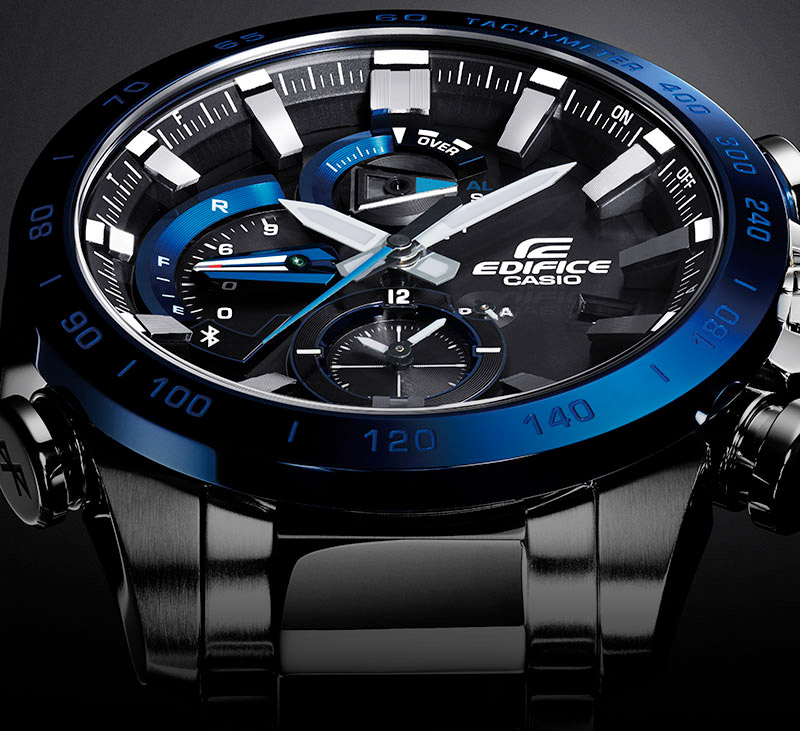 According to Casio, the world of motorsports served as the inspiration for the new Casio Edifice EQB800 and the addition of “Time Attack Recording” allows users to track “racing times, record target times, as well as see a list of their best lap times through a helpful list and graph display.” In addition to the actual racing-related time-keeping functions, the Casio Edifice EQB800 is also styled with motorsports in mind, with a sporty blue anodized bezel with an engraved (obligatory) tachymeter scale to go along with the various stopwatch (chronograph) functions―all in a stainless steel case with alternating brushed and polished surfaces. 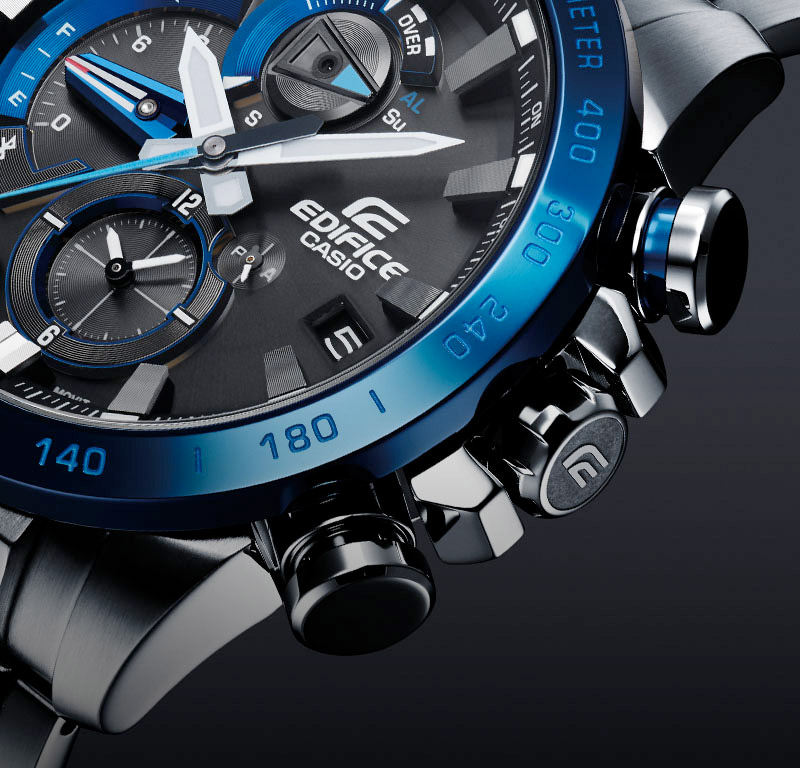 Powered by a dual-coil quartz caliber, the Casio Edifice EQB800 sports a variety of functions including a stopwatch, daily alarm, lap memory, and Bluetooth connectivity which allows the watch to sync with a smartphone using the Casio Watch+ app. Casio’s Mobile Link Technology enables the Casio Edifice EQB800 to sync with the correct time via your smartphone, either four times daily or at the push of a button. This technology is a hallmark of the higher-end Edifice pieces in Casio’s collection and demonstrates the positioning of the EQB800 within the Edifice lineup. 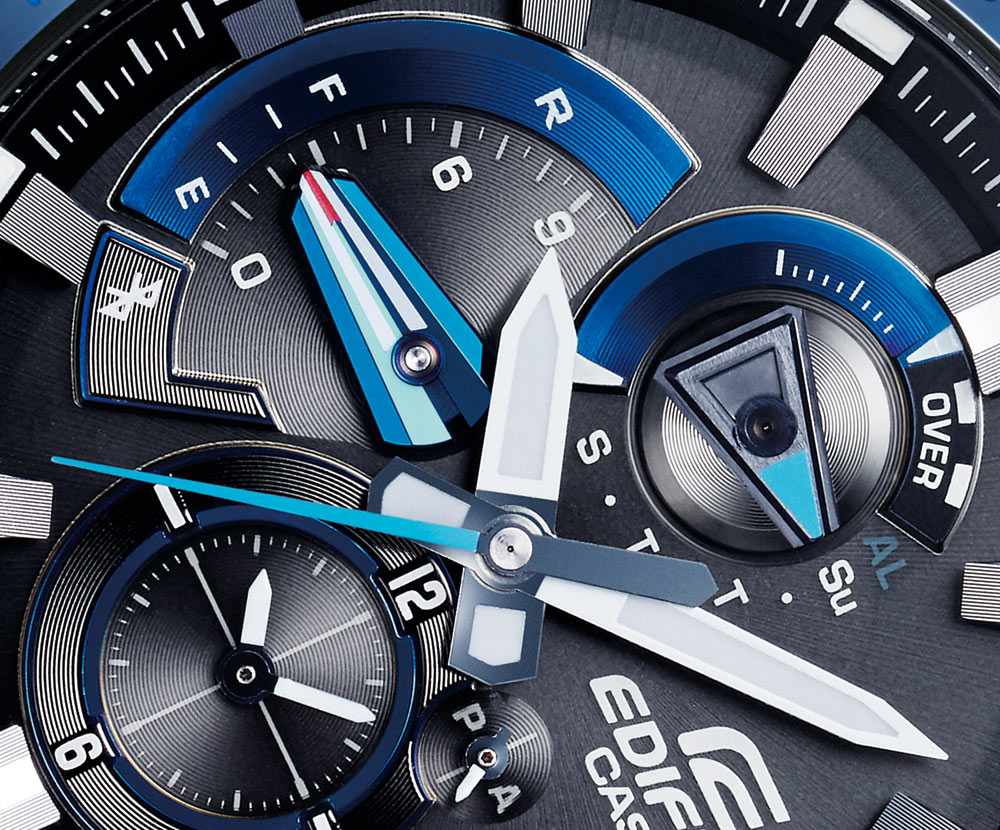 There’s a lot of information here for an analog watch, and even Casio has trouble explaining it all. In normal timekeeping mode, as in these images, the subdials display day of the week at 12 o’clock, battery level (power reserve) at 9 o’clock, and a second time zone at 6 o’clock including a little am/pm indicator. Many such watches from Casio have required consulting the manual and changing the “mode” in a manner similar to executing a video game cheat code for a variety of other information to be displayed and controlled, but the ability to do much of this via a smartphone app should improve the overall experience greatly. The “phone finder” function sounds particularly handy. 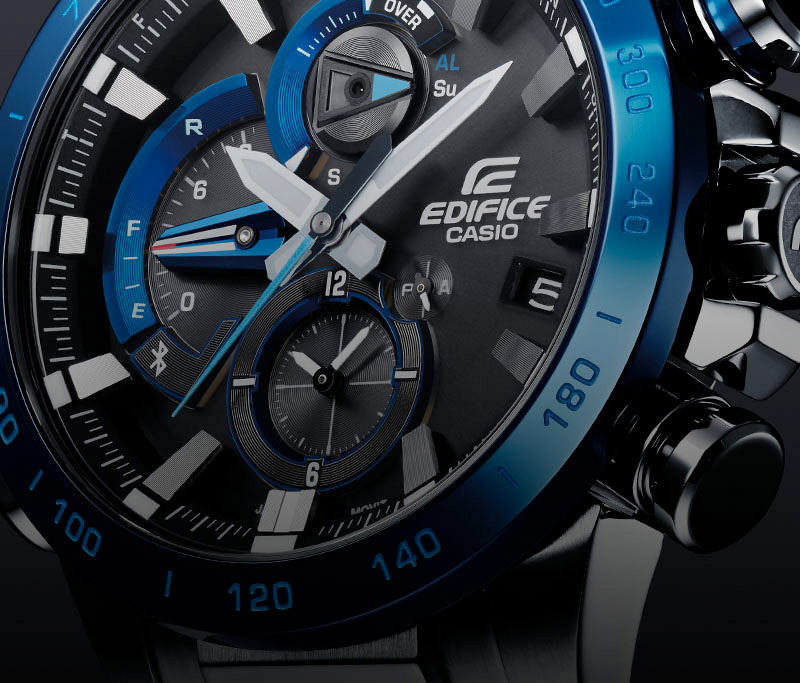 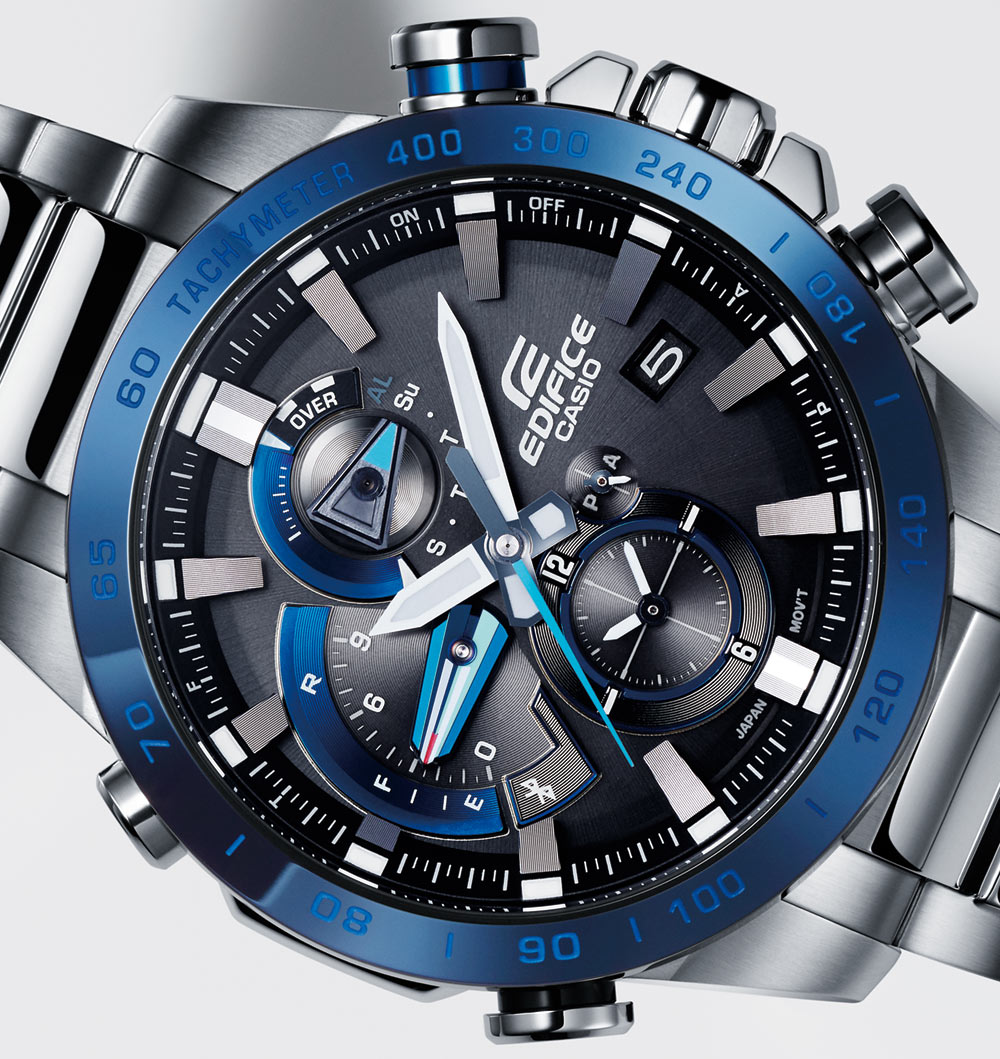