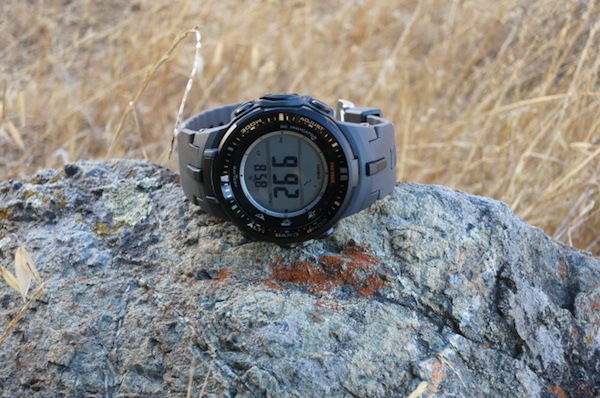 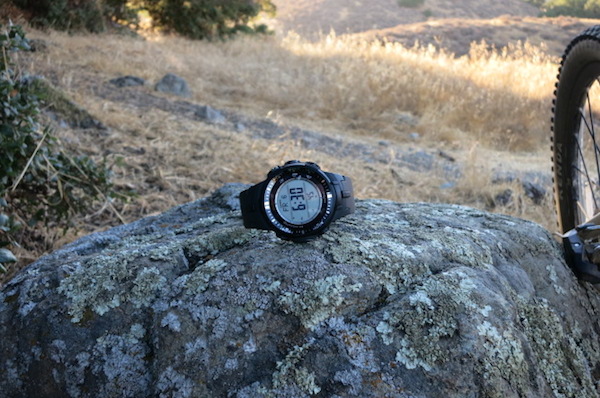 The newest addition to the highly functional Casio Pro Trek family is the Casio Pro Trek PRW3000 and it is a jewel with no jewels. As a mechanical watch aficionado I tend not to wear quartz watches… maybe it’s snobbish of me or simply it’s realizing that with limited time in each day, I just want to have something on my wrist that I appreciate and I find has soul. However, since I am also an active and practical person, I also make three exceptions to this rule: Garmin sports watches; Swatch watches; and Casio watches.

Sports watches have obvious value to me when I wear them. They are extremely useful when doing various sporting activities: cycling; running; swimming and so on, as I love to record and analyze as much data as I can from my activities.

The Swatch watches I sometimes wear is because they remind me of my adolescence as they were the watch to own when I was growing up. Swatches were the current generation’s iPhone. I own many of them and a few have survived to this day. But Casio watches I appreciate and wear because they are truly indestructible tool watches with incredible technology packed in tiny sizes with high-utility and style. In this review I take a close, hands-on look and review of the Casio Pro Trek PRW3000.

[youtube http://www.youtube.com/watch?v=OrOE8i5BP88] NOTE: in the video I made a series of mistakes. All corrected here, but to summarize: 1) there are 3 sensors (ABC), not 6; 2) the first page is sunset / sunrise; 3) the REC is record page and R/C is the atomic clock receive page; and 4) no need to hold the buttons for the ABC sensor, just pressing once is good enough.

Adi Soon had a great preview write up about Casio Pro Trek PRW3000 during Baselworld 2013 when it was first announced. I will try to be complementary to his post and primarily show the Pro Trek in its most natural environment: mountaineering or mountain biking. 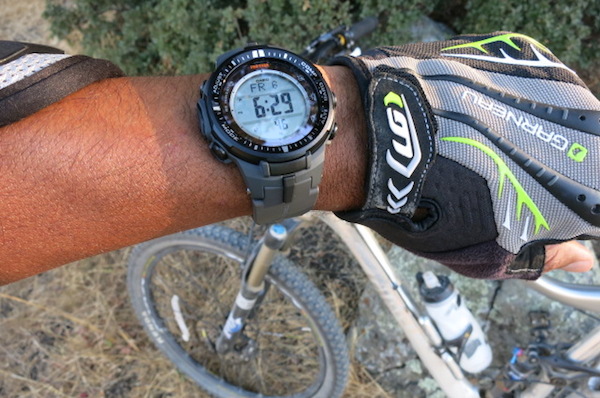 Casio watches are popular all over, especially with the young crowd. It’s no wonder hip-hop and rap stars, e.g., Eminem, are frequently seen wearing Casio watches though, mostly the Casio G-Shock series. But while the Casio G-Shock and Casio Baby G-Shock are trendy, for my lifestyle, my preferred Casio is the Pro Trek series. Previously known as the Pathfinder series, the Pro Trek has a unique style and purpose in the Casio line as the stalwart electronic tool watch that is less about being fashionable and more about being reliable and useful.

While unmistakably, a Casio watch with all of the cues and design-style that Casio is known for, the Casio Pro Trek is meant for mountaineering. Everything about this watch invites you to take it to the outdoors. The rugged appearance, the various outdoorsy features, and the feel of the watch is meant for active people. It’s the watch you want if you happen to be in a fight for survival—in a real life version of the plot for the TV series “Lost.” Most Pro Trek models are large, even though they don’t wear massively. A unique feature about the PRW3000 is that it is, comparatively speaking, smaller in size. 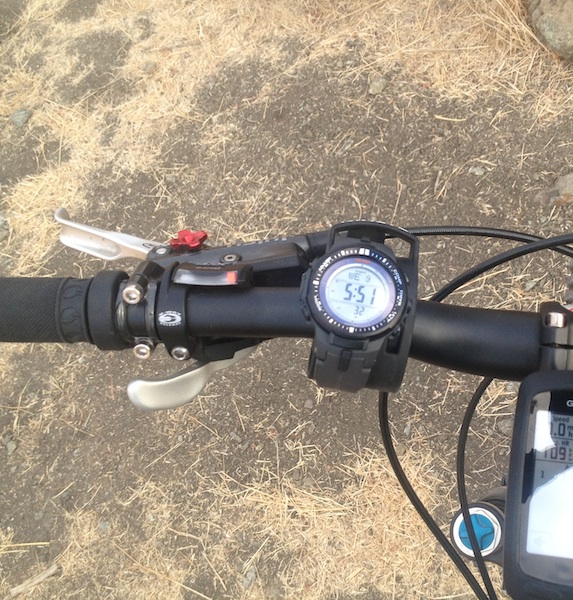 Casio ProTrek on my MTB

The Casio Pro Trek model I have recently purchased was announced and released this year at Baselworld. It is reference number PRW3000-1A and is primarily constructed of plastic resin but has a stainless steel back and black stainless steel bezel. What is obvious from the start is that this Pro Trek is smaller, lighter, and slimmer than previous models which tended to sit high on the wrist and were 55+ mm in diameter. What also helps the new Casio Pro Trek appear smaller is the 24mm gray plastic band which tapers quickly to 18mm. And at a mere 64 grams this is simply the easiest Casio Pro Trek to wear, especially when used for its intended strenuous activities. 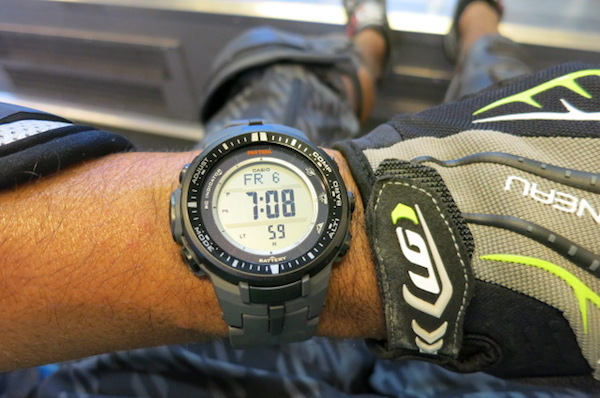 The style for the PRW3000 is similar to previous Pro Trek and Pathfinders, but refined, since it’s a bit smaller and lighter and significantly thinner at 12mm high. The mineral crystal appears to take a larger part of the dial and is extremely visible, especially while wearing polarized lenses which I do a lot while mountaineering or mountain biking.

The major technical improvement for this version is the new triple sensor (v.3) providing ABC features (Altimeter, Barometric pressure, and Compass) as in previous versions. However, Casio managed to reduce the size of the sensor by more than 95% while also having it use 90% less power!  And on top of this, the new triple sensor data is vastly improved: altimeter reading now at 1 meter accuracy, barometric pressure difference within 0.3%, and compass bearing for 60 seconds… more »