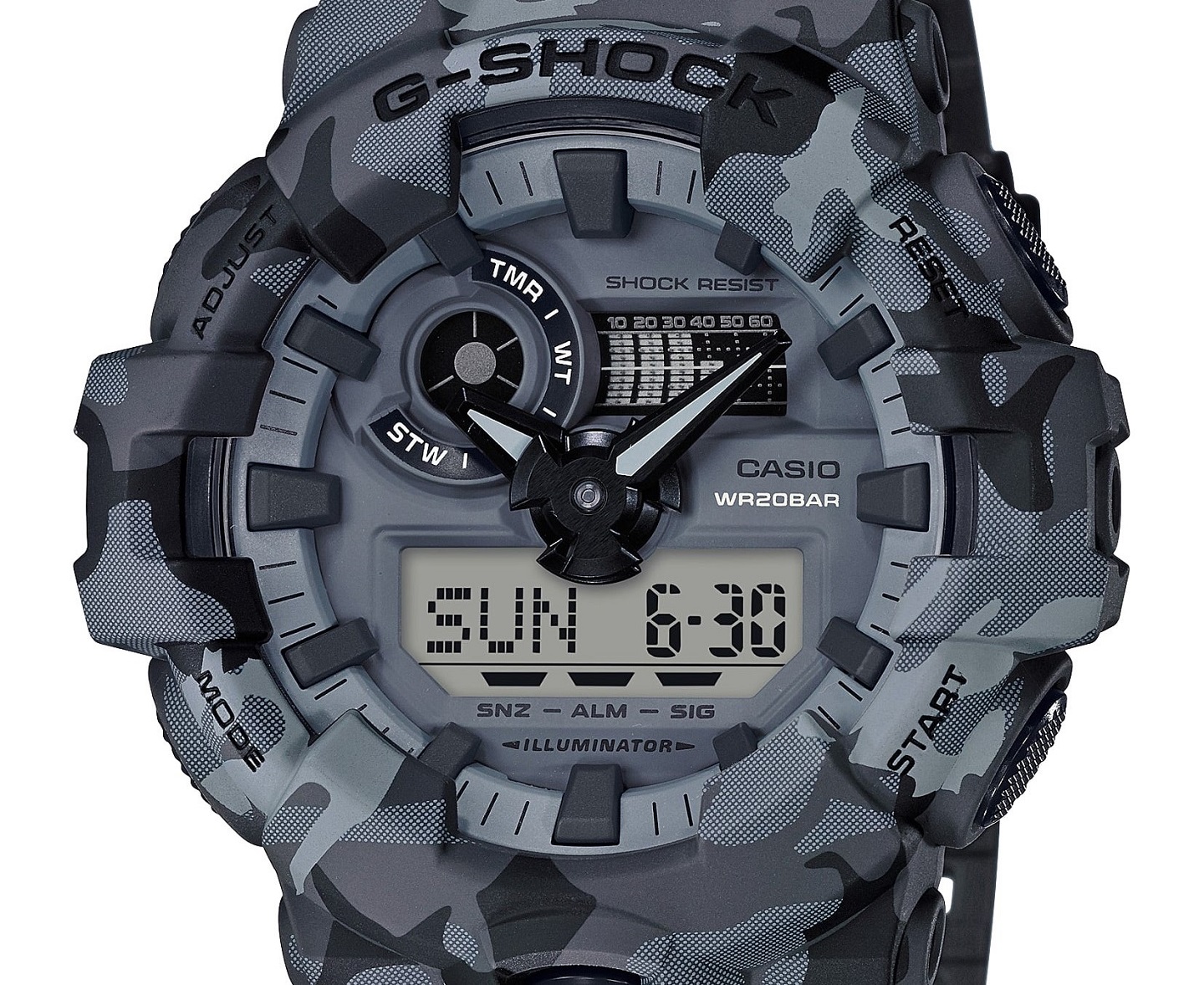 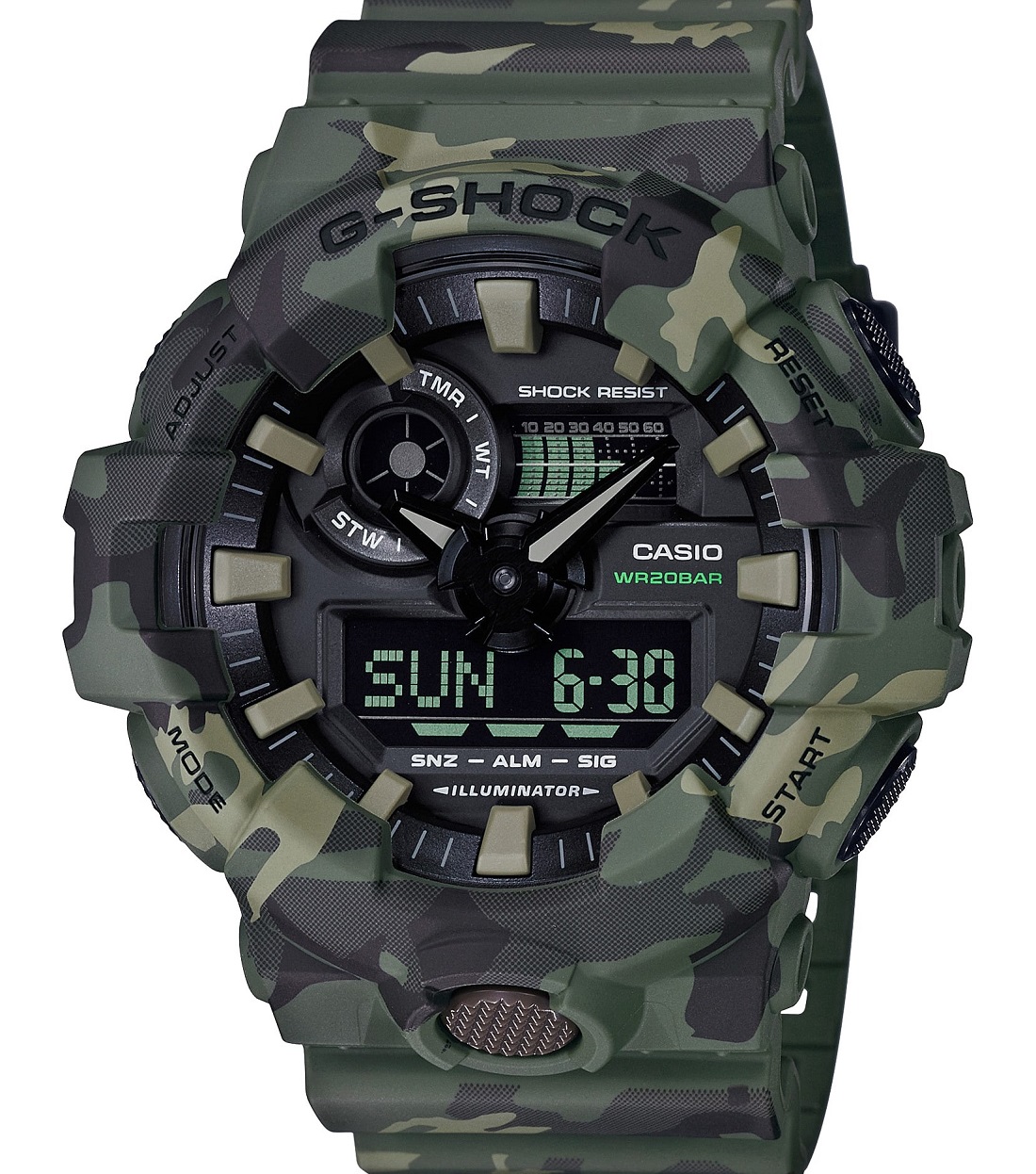 A long time champion of outdoors and adventure enthusiasts alike, Casio G-Shock has announced that they are expanding their GA700 collection to include several camouflage offerings. I think most folks can appreciate the robust and no-holds-barred design that Casio incorporates into their G-Shock line and the GA700 is no exception. Casio opted to use the traditional “woodland” camouflage patterns used on older military uniforms and vehicles as opposed to modern digi-cam. They offer the GA700 in a dark blue (GA700CM-2A), army green (GA700CM-3A), and stealth grey (GA700CM-8A).

The GA700 collection from G-Shock should be no stranger to anyone. They offer a lot at a relatively affordable price point. Features include G-Shock’s anti-shock construction and 200m water resistance, as well as a world time function, 4-daily alarms, 1/100s chronograph, backlight, and a 12/24 time display. This information is conveyed via the analog hands, and the nice negative digital display at 6 o’clock (note: the stealth grey features a positive digital display, which is my preference.) 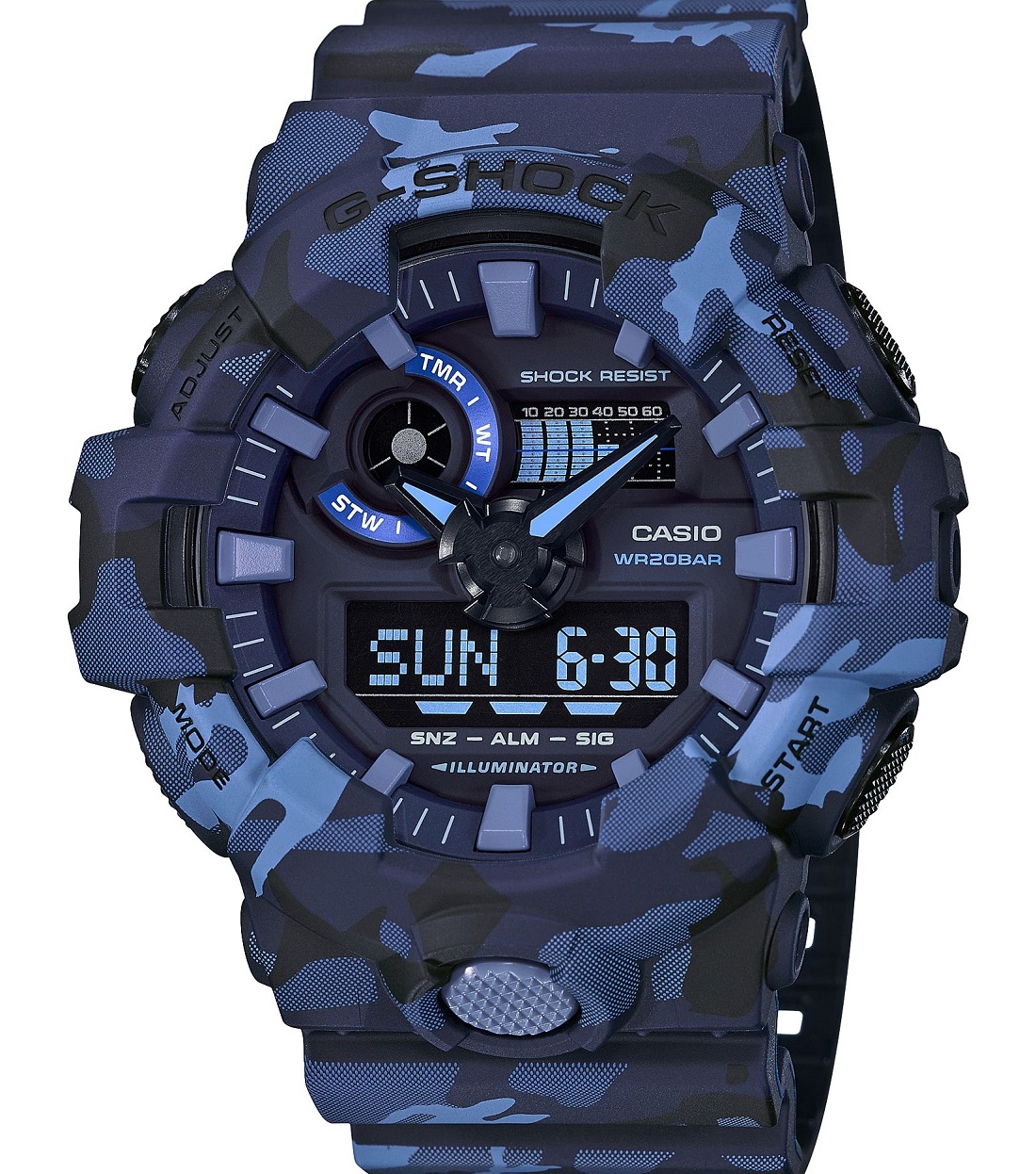 The case on the GA700 line has always boasted utility. It’s large, it’s knobby, and it’s ready to hit the (insert adventure site of your choice here). One feature that I enjoy is how Casio executed the user-interface. They’ve included large textured buttons – two on each side – that interact with the watch in various ways plus one at 6 o’clock to activate the backlight. On some of G-Shock’s smaller-cased offerings those can be a pain to reach, but they appear large and prominent on the GA700s. If I could knock G-Shock with one thing, it would be legibility. I think the hands are a bit short for the dial, and with all the digital displays on the face it can make isolating the hands a bit cumbersome. That said, G-Shock’s backlight does allow it to have pretty great low-light readability, so that’s a plus. 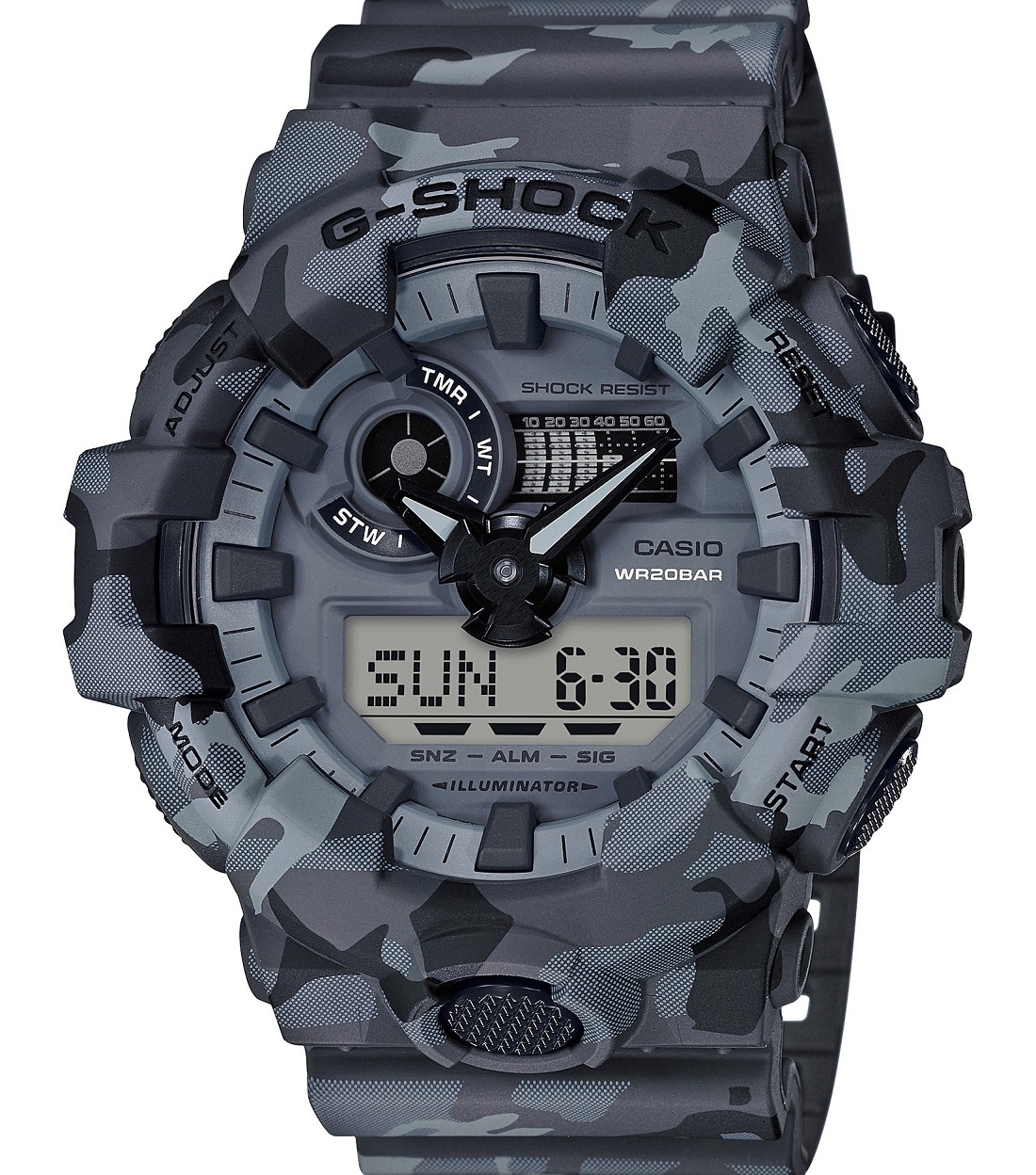 When it’s all said and done, this is not a major new release from G-Shock, but it is cool to see them expanding the color schemes they are offering. I love that they went with a classic woodland camouflage pattern instead of something more modern. This would make a great utility, “throw it in the bag just in case,” piece. I would hazard a guess that it will gain some good traction with a younger audience as well. All three models should be available March 2018 at standard G-Shock retailers with a retail MSRP of $130. gshock.com