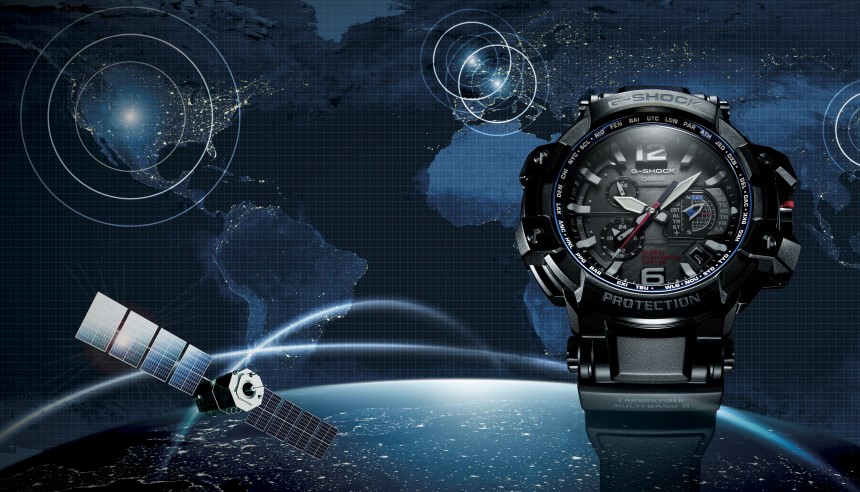 For 2014, Casio will release yet another technologically interesting watch that we’ve never seen before. As part of the G-Shock collection, the Casio G-Shock GPW1000 watch family will synchronize and receive signals from both atomic clock radio signals as well as from satellites from the Global Positioning System (GPS). The former feature has been around for longer, and over the last few years – especially with the promotion of the Seiko Astron – the public is getting used to the latter idea that their quartz watches can be always correct, anywhere in the world by connecting to GPS. Both systems of receiving the correct time from signals have their pluses and minuses. So Casio decided to design a watch that could connect to either.

The Casio G-Shock GPW1000 includes new technology that Casio co-developed with Sony. Together the two companies developed a miniature low-power consumption system for reviewing GPS signals as well as including a six band radio receiver to get signals from the six atomic clocks around the world. The atomic clocks emit a radio signal that watches and clocks can use to update themselves with the correct time. This requires low energy usage and is relatively efficient assuming the signal is available. However, the radio signals are only available in certain parts of the world. The Casio G-Shock GPW1000 by default will look for atomic clock radio signals and automatically update the time, but if those are not available it can receive GPS signals to update not only the time, but also the user’s current time zone location. 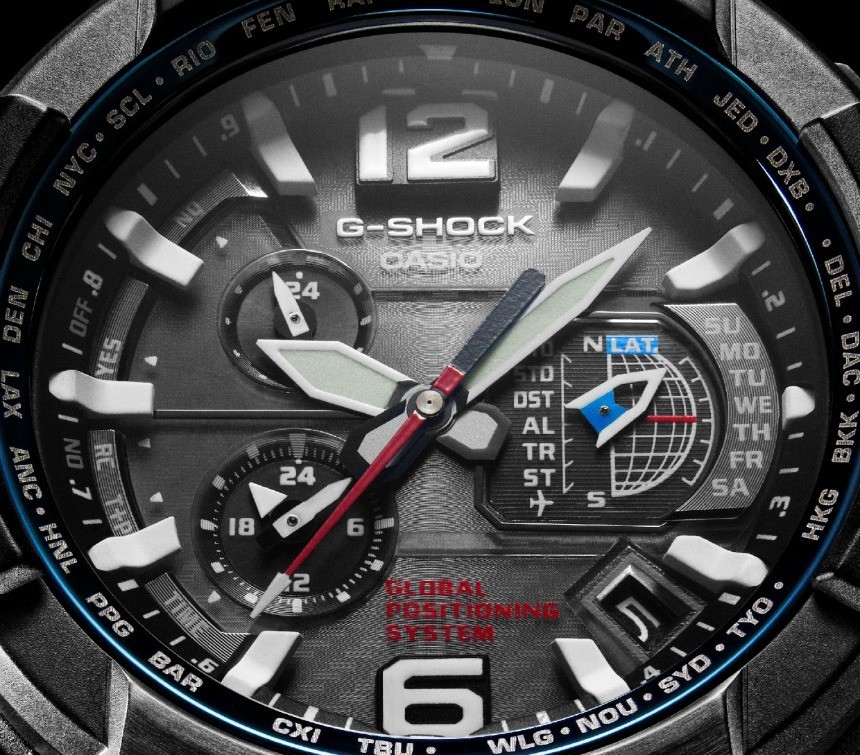 Casio designed the Casio G-Shock GPW1000 to fit within the brand’s growing collection of purely analog G-Shock watches. We don’t get technical data on the case dimensions or all of the features, but a quick look at the dial makes it clear that the watch includes many of the features we have some to expect Casio’s newer and more stylish G-Shock fair that does not use LCD screens. Though it is interesting that on the dial “GPS” stands for “Global Positioning System” (and not satellite).

The dial features two time zones at a glance, an AM/PM indicator, day of the week indicator, and date. The GPW1000 also seems to include various world time and travel functions, as well as a timer and alarm. It also appears that the GPS system will indicate whether you are located in the Northern or Southern Hemisphere. 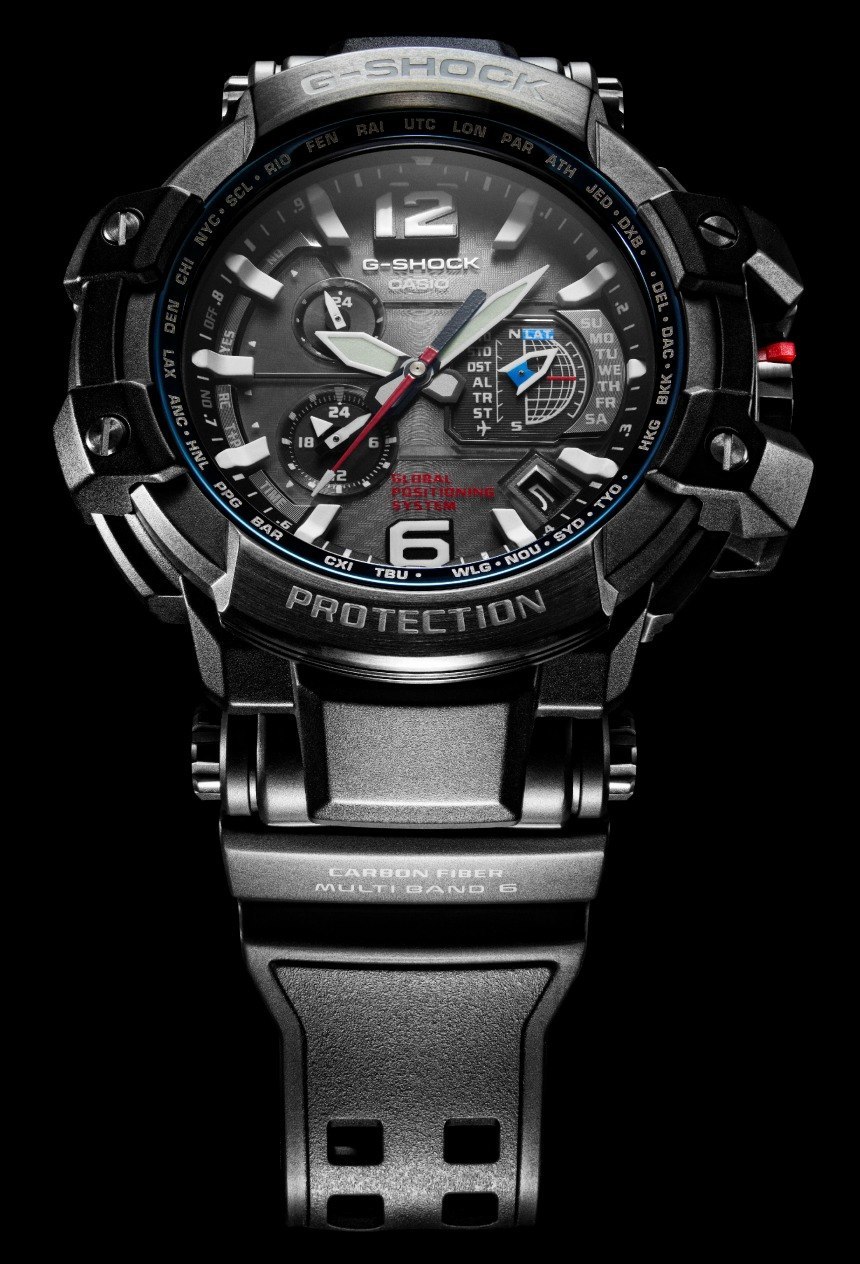 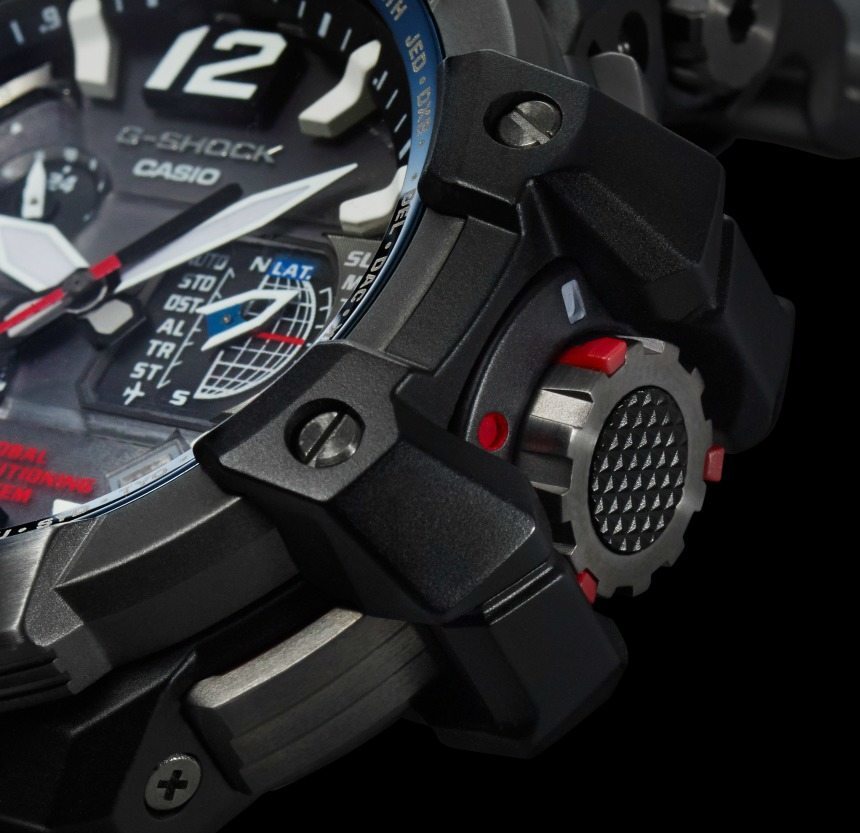 This is also one of the first times that I’ve seen a Casio G-Shock of this flavor mix red, white, and blue with the typical black resin case. The dial further allows light to pass through it (though you aren’t meant to be able to tell) because the movement is powered by light (no battery changes). Further, Casio claims that the GPW1000 solar cell and motors (to move the hands) have been reduced in size by about 26%.

The idea behind the Casio G-Shock GPW-1000 is not only to combine the various functions, but also to do so in an efficient manner that does not require too much energy. Timepieces of this nature that are solar powered have a limited ability to power all of these complicated functions properly, so it should be a great benefit to Casio that this G-Shock can use both connectivity features on the same lower consumption model. We look forward to getting a hands-on look at the Casio G-Shock GPW1000 watch soon. casio-usa.com