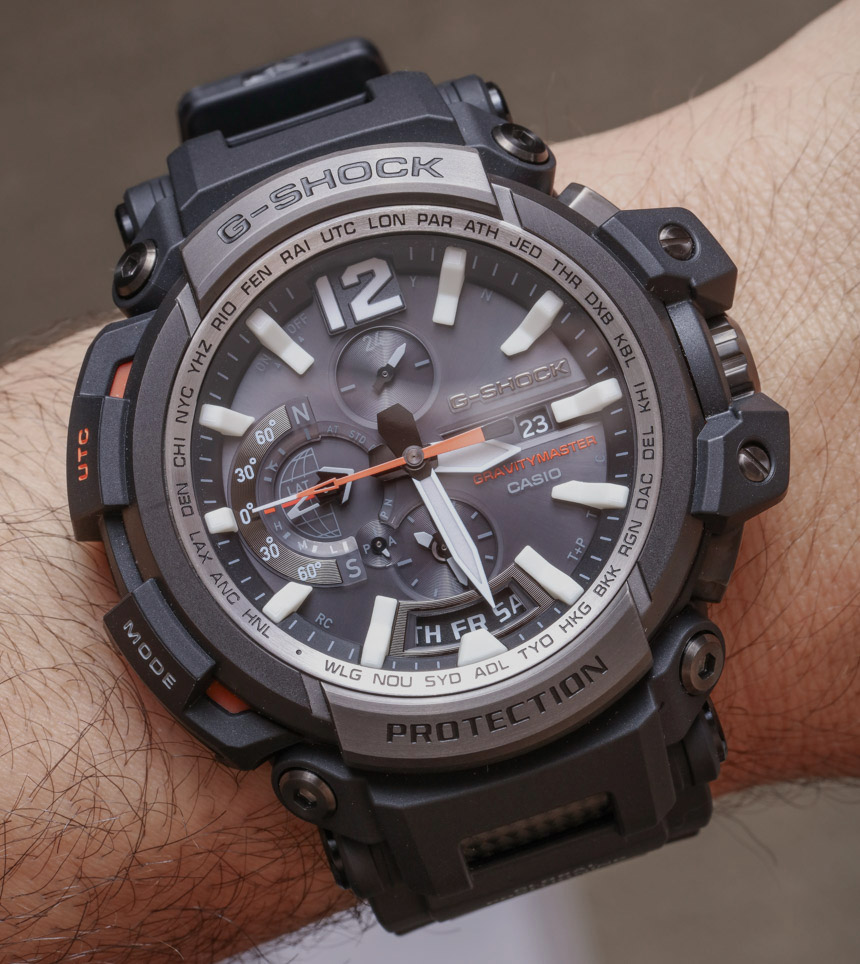 It was easy for me to recommend Casio’s latest G-Shock Gravitymaster watch to the friendly US Air Force captain who contacted aBlogtoWatch seeking advice on watches to get for his particular squadron – especially because they were keen on finding a traditional watch with GPS. The Casio G-Shock Gravitymaster GPW-2000 (aka GPW-2000, and seen here as the reference GPW-2000-3A or GPW-2000-1A) is the high-tech Japanese watchmaker’s latest timepiece to incorporate their in-house made GPS system, along with a lot of other tech which in my opinion makes a timepiece such as this truly state-of-the-art. That is a rare designation on aBlogtoWatch because the majority of timepieces we write about might be new, but use older (mechanical watches) versus very modern technology. Casio is among the rare brands which in my opinion are actually making timepieces that feel like an authentic expression of our contemporary times – with impressive functions and pricing that isn’t purely luxury-minded.

With this in mind, I review Casio G-Shock watches for style, quality, as well as functionality – as the latter is a huge part of the Casio product value proposition. Over the last few years, Casio has been stepping up the quality, sophistication, and price of its higher-end G-Shock watches – and it has truly been impressive to see what they’ve done. Casio is fighting an interesting battle because on one end they must meet the aesthetic and material expectations of increasingly sophisticated watch lovers, and at the same time satisfy the engineers that make up the company by producing actually relevant “useful” watches that are priced as competitively as possible. So how does the 2017 GPW-2000 measure up and fit into their strategy? 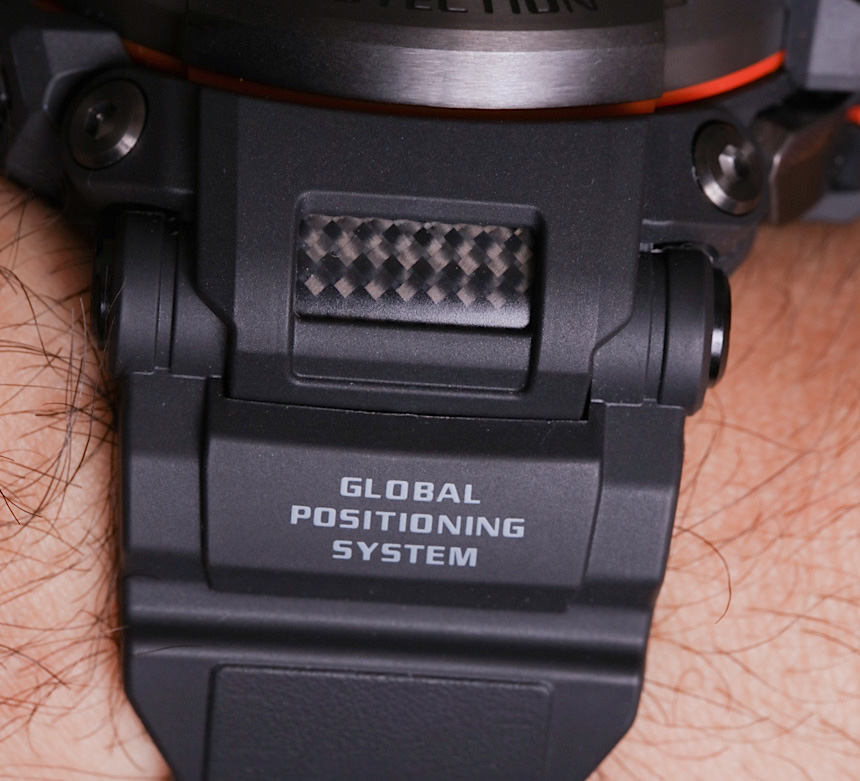 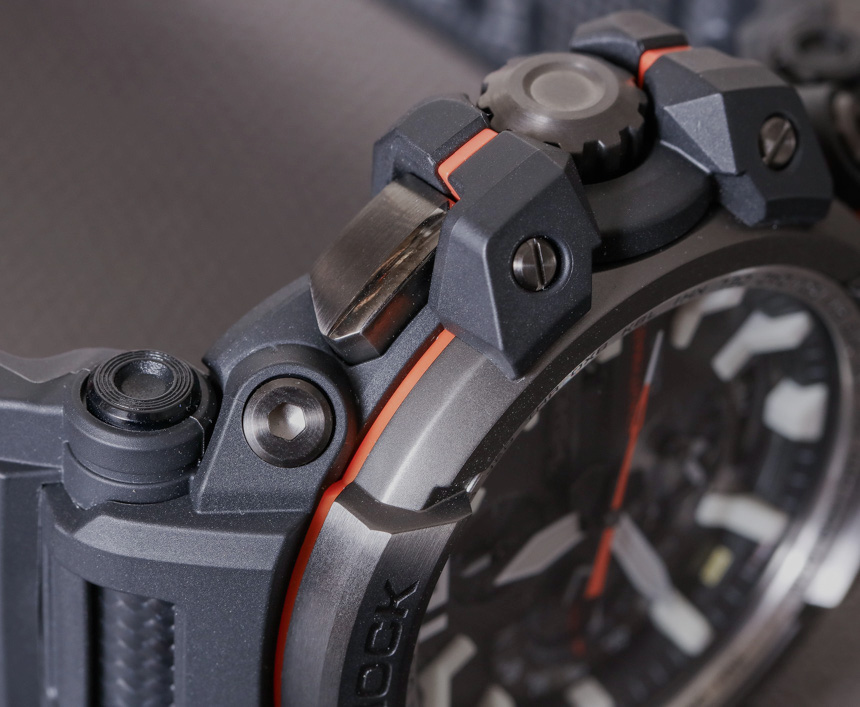 For some history about the Gravitymaster collection, including more technical specs about the GPW-2000 please see our debut hands-on article of the Casio G-Shock Gravitymaster GPW-2000 watch here. It is a follow-up to the GPW-1000, which also featured GPS but was appreciably larger in size and in my opinion not as visually attractive. Baselworld 2017 saw the welcome release of this new Gravitymaster and I think Casio is finally able to offer a very compelling GPS-based traditional (versus non-smart) watch. The other new Casio watch that also includes GPS is in fact a smartwatch, which is the Casio ProTrek WSD-F20. Both of these timepieces are good products, but so different that I would say they are for totally distinct types of customers. 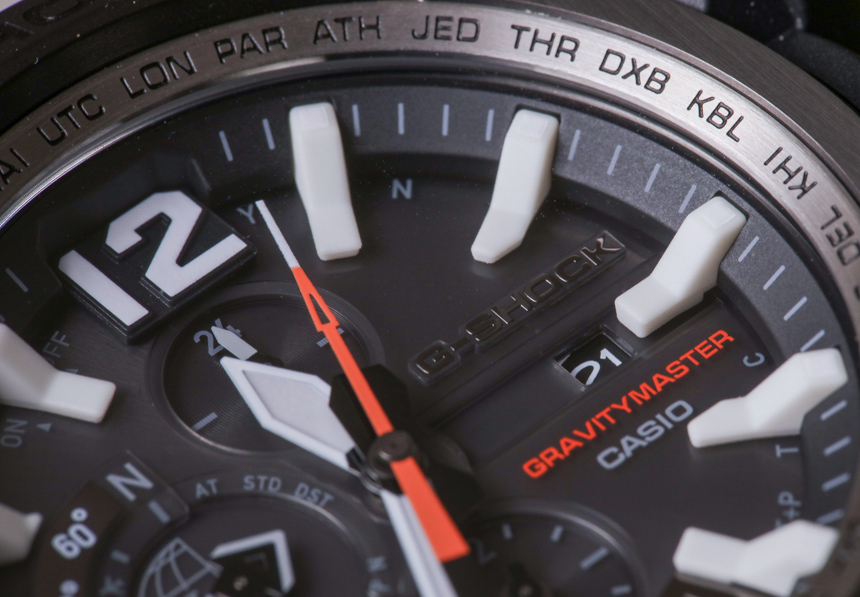 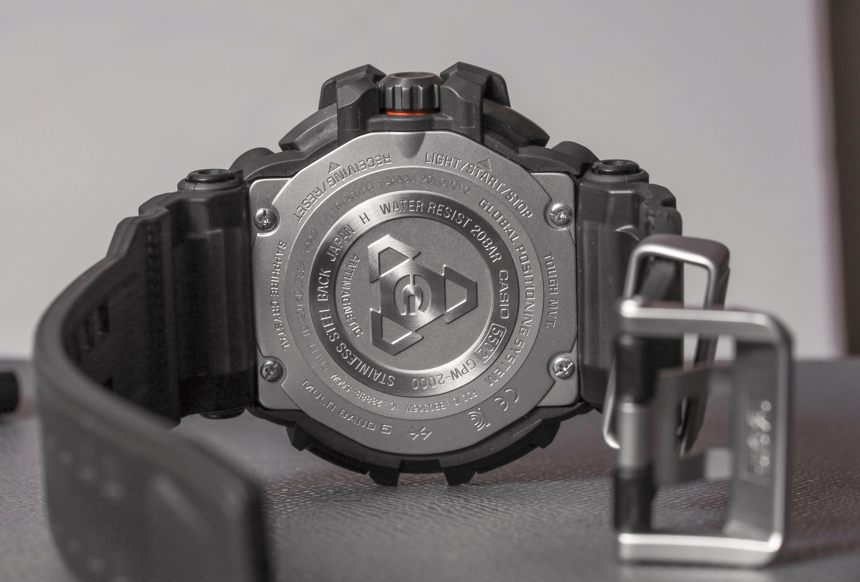 The Casio GPW-2000 doesn’t just feature GPS but also Bluetooth. Doesn’t that make it a smartwatch? Perhaps, but not in the sense that it has a touchscreen and needs to be charged on a daily basis. Timepieces such as this represent Casio’s latest effort in their ongoing mission to have useful watches that you never need to fiddle with. The watch recharges the internal battery using sunlight (or any ambient light), and the GPS and other systems are mainly included in order to ensure that the time and calendar setting are always accurate – no matter where you are in the world. “Gravitymaster” is the term Casio uses for their nicer pilot-themed watches, so there are also some features in this timepiece which are intended for aviators of all kinds. That begins with the relatively (for a Casio) clean and very legible dial which I have come to really appreciate. 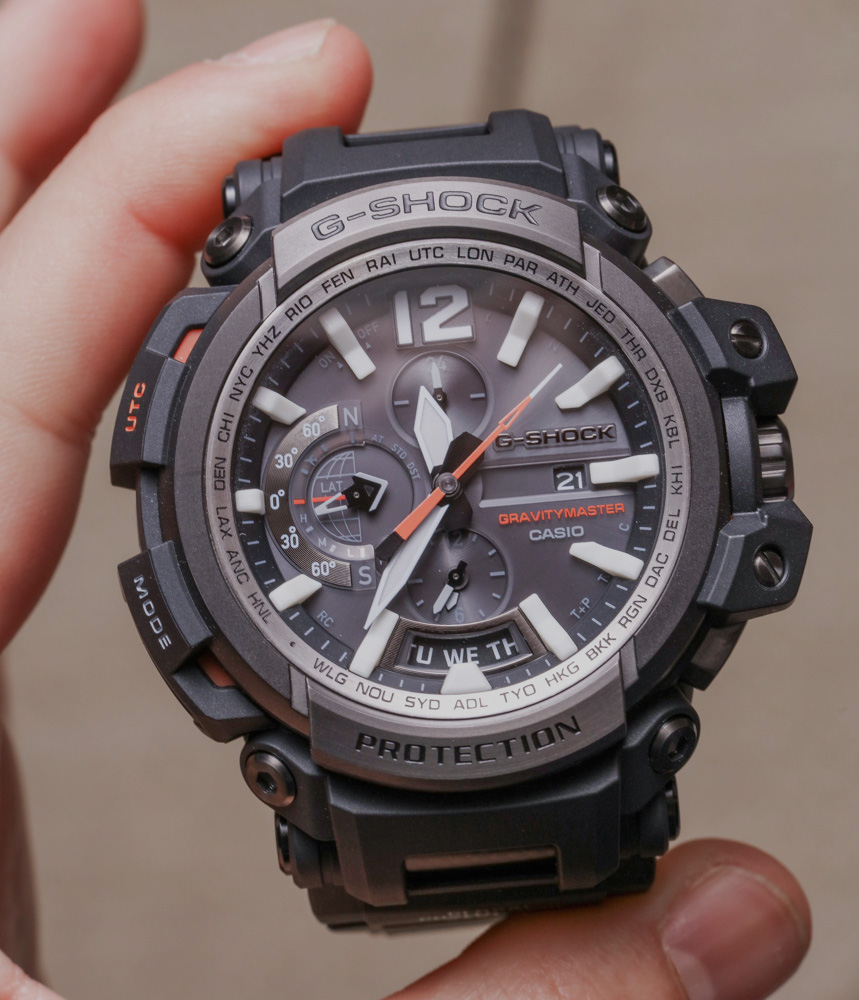 Before talking about the design of the watch I want to talk tech a bit more. I will not examine each feature of the watch in a lot of detail for two main reasons. One, this article could go on for many pages if I was to detail the features available in this watch, and second, I want to focus on what the average wearer will likely use in their daily life. 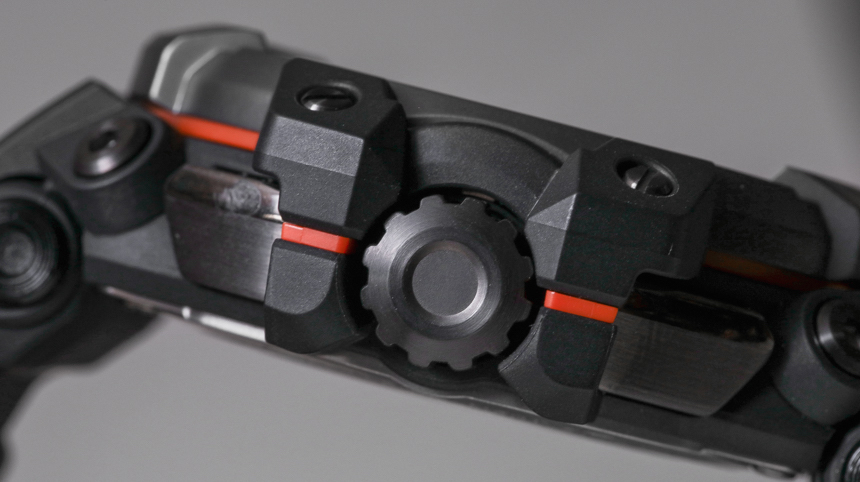 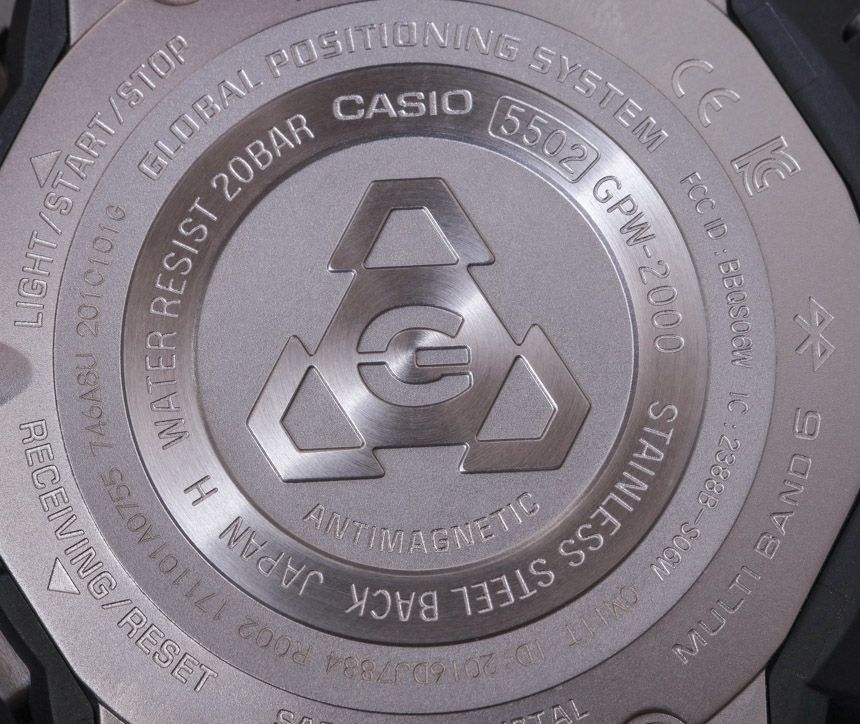 I discussed this at length in the launch hands-on article of the GPW-2000 – so I won’t explain it again in as much detail – but let’s talk about accuracy. Casio is obsessed with the idea that the perfect watch requires almost no intervention from the user to be reliable. For that reason they have engineered out the need to change the battery or set the time – but this is a process where previous innovations are continuously built upon. The GPW-2000 offers a new “triple redundancy” feature designed to make sure the time is always accurate – and to my knowledge no other watch company offers anything like this. 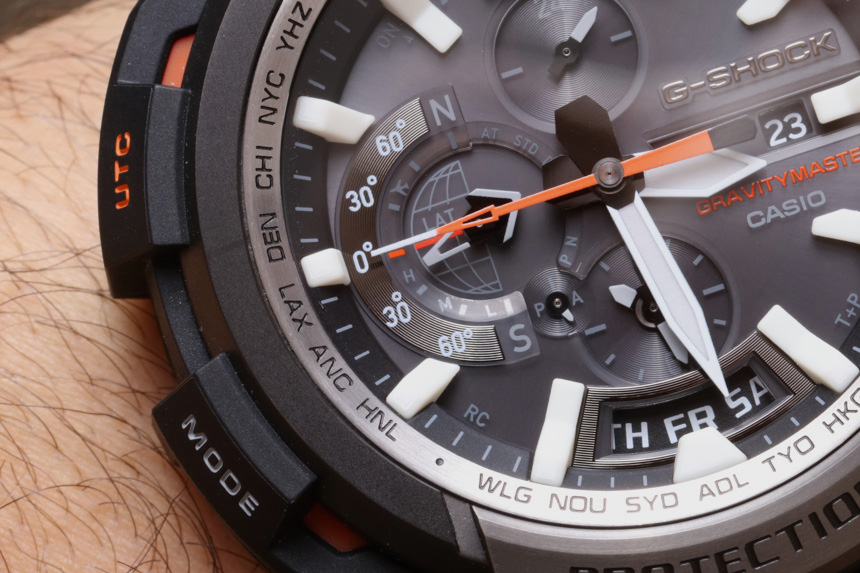 In order to get the accurate time, the watch must reference outside information and it can do this in three ways. The order it chooses to get this information (it checks daily automatically or can be manually done) is based on what uses the least amount of power – thus promoting operational efficiency. The watch first uses Bluetooth to ping a paired mobile phone to check internet time. There is an application associated with the watch (G-SHOCK CONNECTED) that you download in order to facilitate this connection. Oh, and a cool thing about the app is that it updates itself when time zones change around the world (as well as DST), so the watch itself always represents the current state of global time zones. 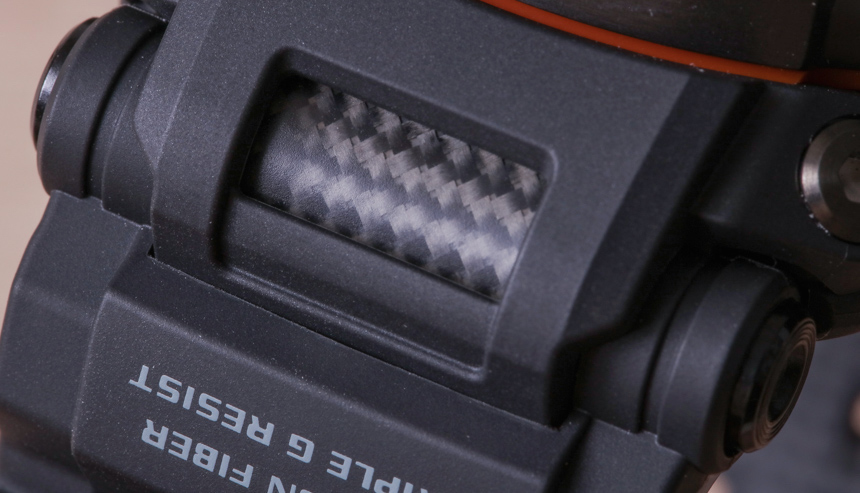 Thus, the more efficient way for the watch to get the accurate time is to get the internet time via a smartphone’s internet connection and Bluetooth. If that fails, then the watch uses its radio signal receiver and takes messages from any available atomic clock signals. This is efficient but it does require being in a place where the signals can be received. That means not only being in the right parts of the world, but also not being inside of a building where radio signals would often be shielded. If that all fails, then the watch receives signals from GPS satellites, which should do the trick. This is a robust and interesting system with the goal of simply making sure that no matter where you are in the world your time is accurate. 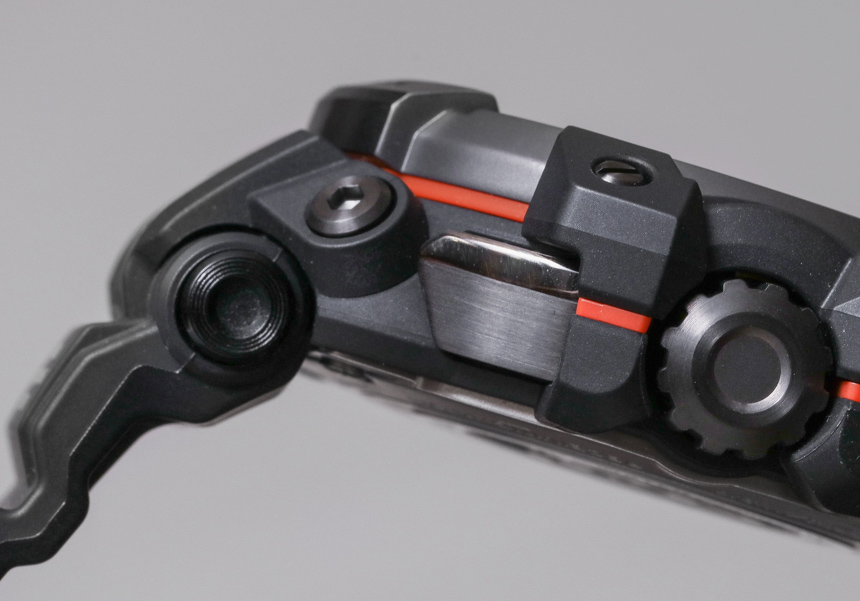 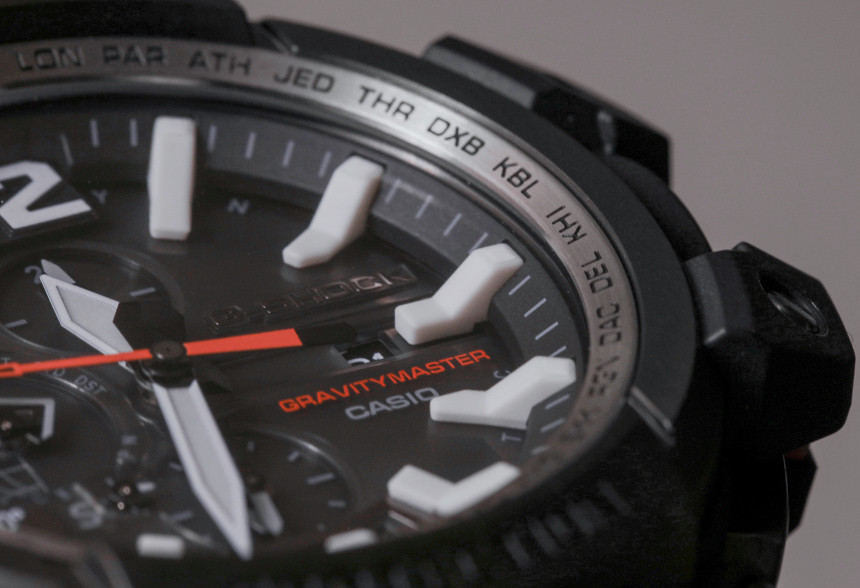 How well does it work? I’ve never really known how well the automatic updates work but the watch always does seem to be on time. When I manually update the time it works very well and is surprisingly quick. I did notice however – and this is common with pretty much all non-smart Bluetooth watches, that sometimes it can be challenging to connect and stay connected to a paired device. This isn’t really Casio’s fault so much as it is an issue with Bluetooth and a lot of other software that they can’t control. To make a long story short, if you are traveling, you might need to spend a quick second manually updating the time (a single button press is usually all that is needed) and you get the updated time right away in a rather satisfying manner.