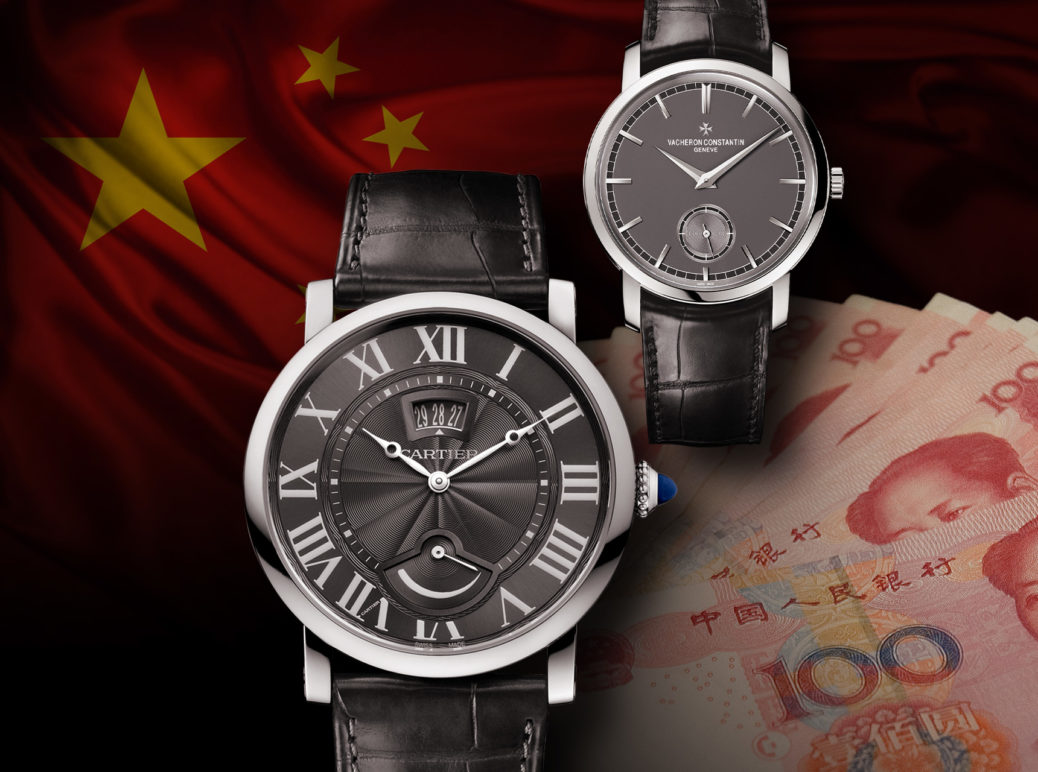 New tax/duty/customs regulations imposed by China that took effect on April 8, 2016, will have a drastic effect on luxury watch sales around the globe. As part of a larger move to improve the consumer economy inside of China, new taxes will apply to not only items purchased online then shipped to China from elsewhere, but also to goods purchased by Chinese tourists while traveling abroad and then brought back into the country.

China’s complex tax system is difficult to untangle and the particular duties imposed vary given how items are purchased, the value of items, and the items themselves. While the new tax regulations apply to a broad range of goods, I’d like to examine the luxury watch duties as well as how these regulations will affect the global watch market. 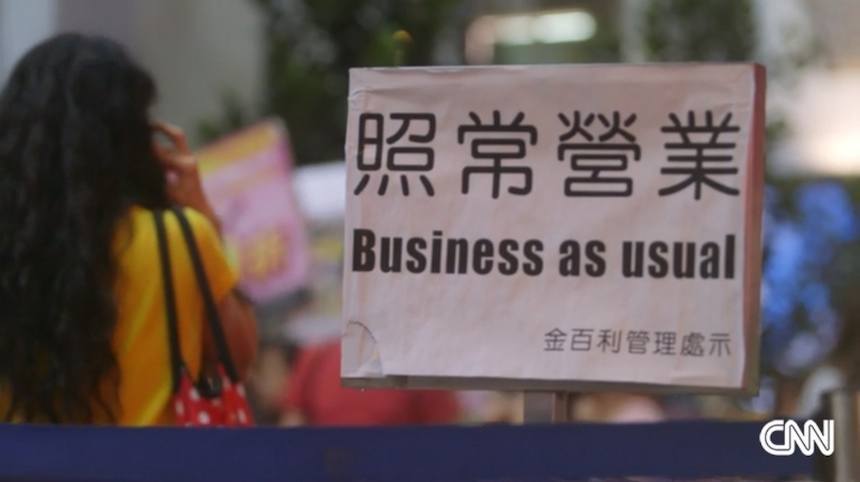 China’s government is known to rapidly change monetary policies from time to time, sometimes seemingly in contradiction of earlier decisions. The nature of the Chinese government system allows it to make sweeping changes without seeking the public’s consent, which is one of the reasons why tracking Chinese monetary policy is quite interesting. Part of the context of this new round of regulations set forth by the “Cai Guan Shui [2016] No. 18” circular is to allow the government to capture more income with increased import duties, as well as to aid China’s domestic manufacturing economy by increasing the final consumer price of foreign goods.

Most reports on the April 2016 import duty increases focused on the fact that it was the first time that the Chinese government clamped down on e-commerce within China. However, the regulations are not merely about consumer items purchased online and shipped into China from elsewhere, but also to purchases made outside of China and then brought in by Chinese residents back home. 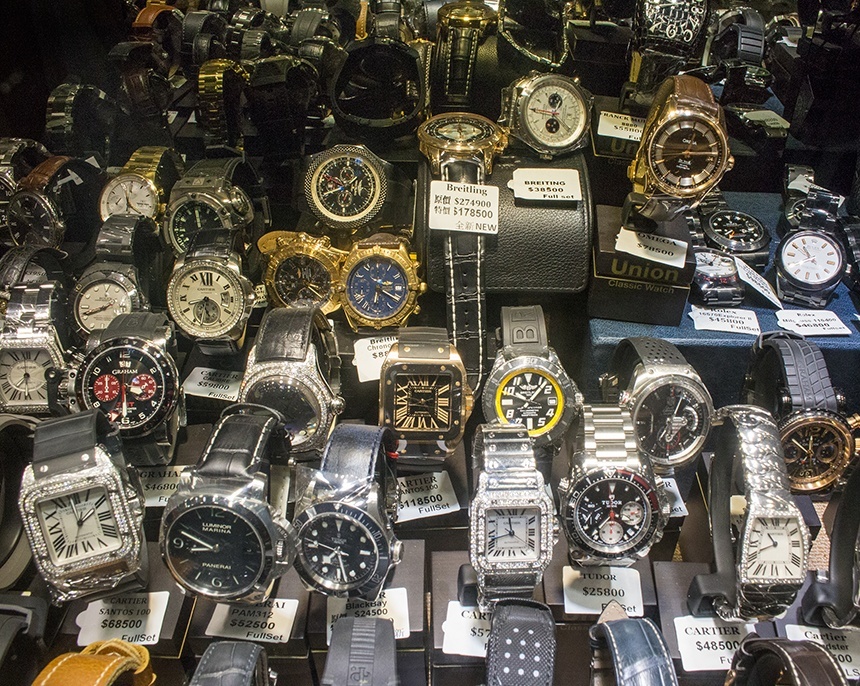 Import duties on luxury goods have been particularly beefed up (along with corresponding penalties for failing to claim goods upon entering China) because it is likely that the Chinese government feels the wealthier element of its population are going to be less sensitive to price increases. As such, the increased duties for items with a retail price of RMB 2,000 (about $300) or more will be those for which the new duties are the most severe. Moreover (and depending on the form of transaction), foreign items coming into China will have a host of fees levied on them including an import tariff, a VAT (value-added tax), and a consumption tax. You can be sure that when it comes to luxury watches, all three of these fees will apply. 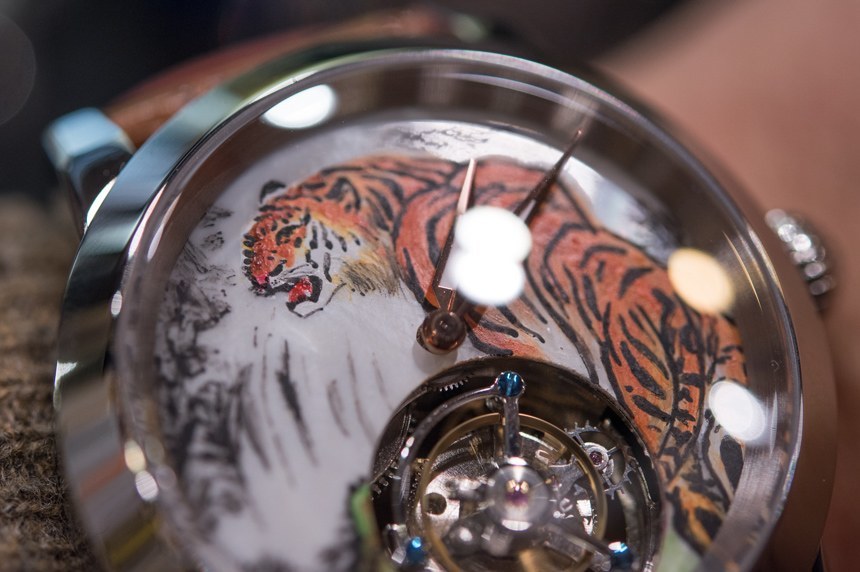 In addition to the new import tariff of 60% for luxury watches, there is the standard VAT of 17% which applies to foreign goods, as well as the 20% consumption tax on most luxury watches. The combination of various taxes on items like foreign-made luxury watches means that buying them within China as of Q2 2016 means consumers need to spend around 97% over the base retail price. This effectively means that luxury watches in China cost double retail – making watch prices similar to those in Brazil the last time I checked.

High prices for luxury watches in China isn’t anything new. Watches are a popular gift and status symbol in China, and luxury watch sales have been increasing (at various rates) since the 1990s. Recent global economic slowdowns have leveled off wild growth, of course, but the fact the remains that the Chinese are extremely important consumers of luxury watches both inside and outside of China. 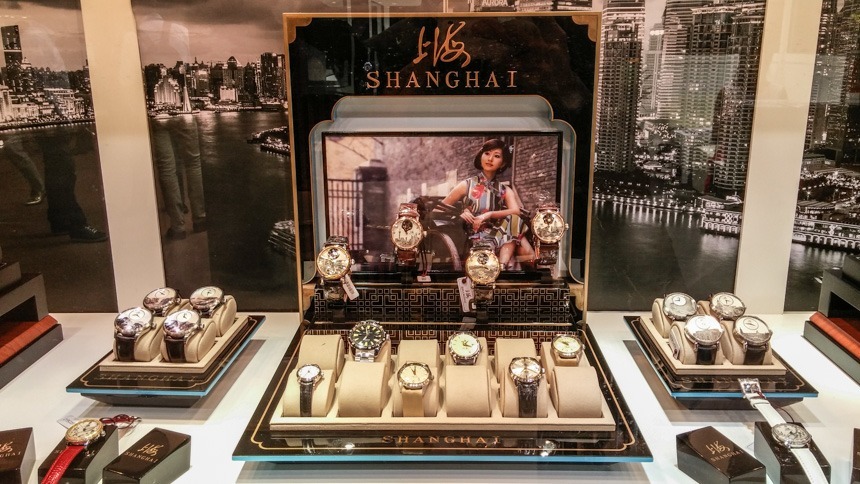 Now, here is where things are likely to be the worst for the luxury watch industry. Even though import tariffs are now higher for watches purchased in China, they have always been high. The solution to this problem (as is the case with many other luxury goods) is/was for Chinese people to simply travel abroad and purchase luxury goods like watches at lower prices and them bring them back home. There are even individuals known as daigou who are essentially smugglers that travel overseas and attempt to bring luxury goods back into China for later resale. In fact, according to some survey data I looked at, one of the primary reasons cited by Chinese tourists for leaving China was to purchase luxury goods. 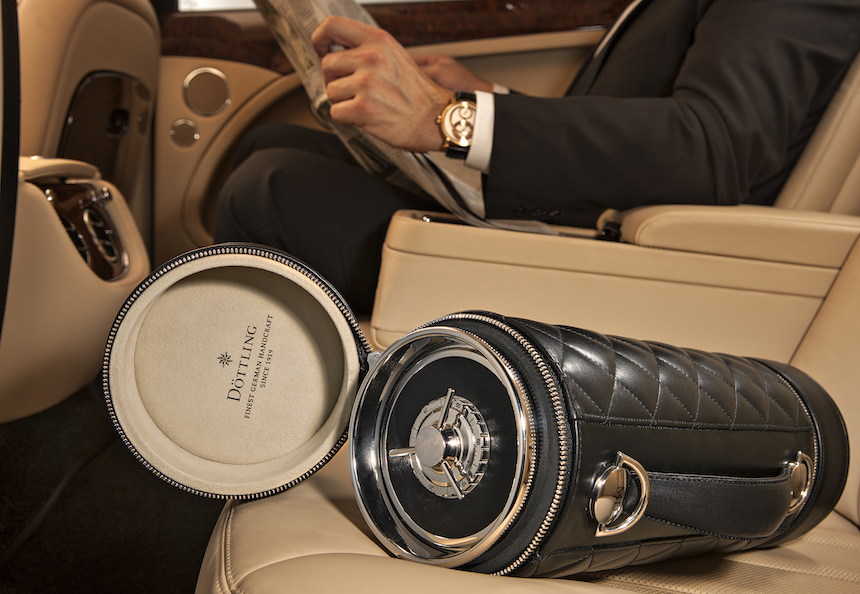 Consumers who bring goods back into China and declare them will be responsible for the import taxes – but of course, not all travelers choose to declare their goods. My understanding is that the current penalties for not declaring goods that would require import duties and other taxes is five times what the otherwise valid tax would be. Moreover, China has reportedly stepped up the activities of its customs officers at airports and is said to be catching more false declarations than ever. This creates a huge disincentive for consumers to not declare goods out of fear of the penalties. The result will likely mean a huge reduction in the number of watches Chinese people buy elsewhere and bring back to China with them.

Thus, the new high import tariffs not only affect luxury timepiece sales within China, but also the sale of watches to Chinese consumers outside of China. To add insult to injury for luxury watch buyers seeking lower prices, the state-supported UnionPay payment cards that many Chinese tourists use to purchase goods will reportedly now have an annual withdrawal limit of RMB 100,000 (just over $15,000) at foreign ATM machines. This doesn’t seem to cap spending at points of purchase, but the idea is to discourage using cash to make “off-the-record” purchases of watches or other big-ticket items. 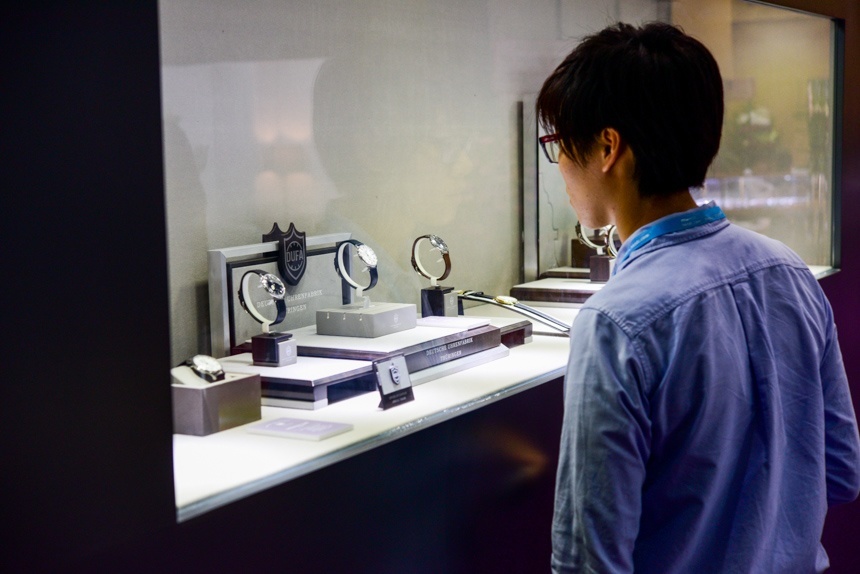 How much of an industry impact will there be as a result of these new policies against China’s consumers buying foreign goods? The main places that Chinese tourists travel to in order to purchase luxury goods is the United States, Europe, Japan, Hong Kong, and Korea. Each of these places tend to have much lower-priced goods than in China. In fact, so many watches are sold to Chinese tourists, that major watch-shopping locations in these places are often primarily set up to service Chinese consumers, or at least heavily depend on Chinese shoppers. In Switzerland, for example, entire tour groups for Chinese tourists are regularly set up almost exclusively in order to facilitate the purchase of timepieces. 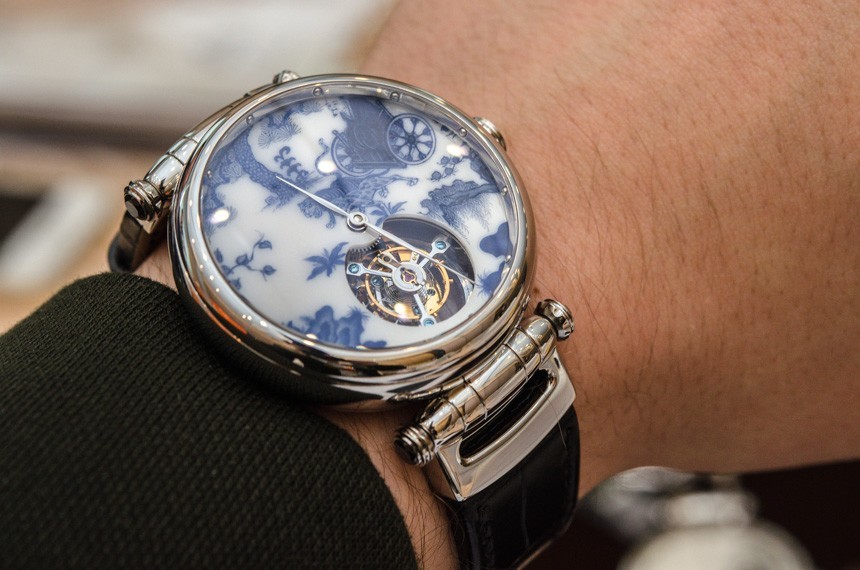 As mentioned, China’s new policies on foreign goods aren’t just meant to capture more tax income, but to encourage the purchase of domestically-produced items, especially high-end goods. China is looking for ways to stimulate its domestic economy, and a major way to do that is to make domestic products less expensive by taxing foreign products. In the United States and elsewhere, such policies are labeled as “protectionist,” because they seek to protect local economies at the expense of a free-trade, global economy. It might not be incorrect to characterize China’s move as this. 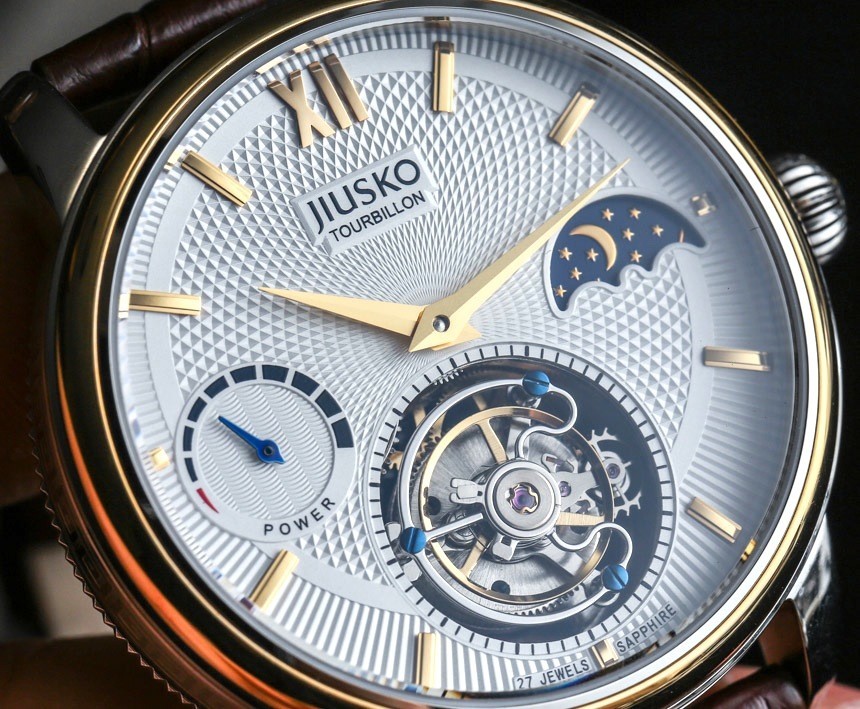 China does not produce a large volume of luxury products – at least not those that seem to enjoy global demand. China does produce watches, and at least some luxury watches. Most of these products and brands display their goods at the annual Hong Kong Watch & Clock Fair (aBlogtoWatch coverage here). It will be interesting to see – assuming these new import tariff policies stay in effect for a long time – how this new economic policy affects internal demand for high-end watches produced in China. With that said, the Chinese consumer has typically been noted to prefer foreign-made goods, especially luxury goods given the widely held belief (which is often true) that foreign-made goods of many types are of a higher quality, as well as safer.