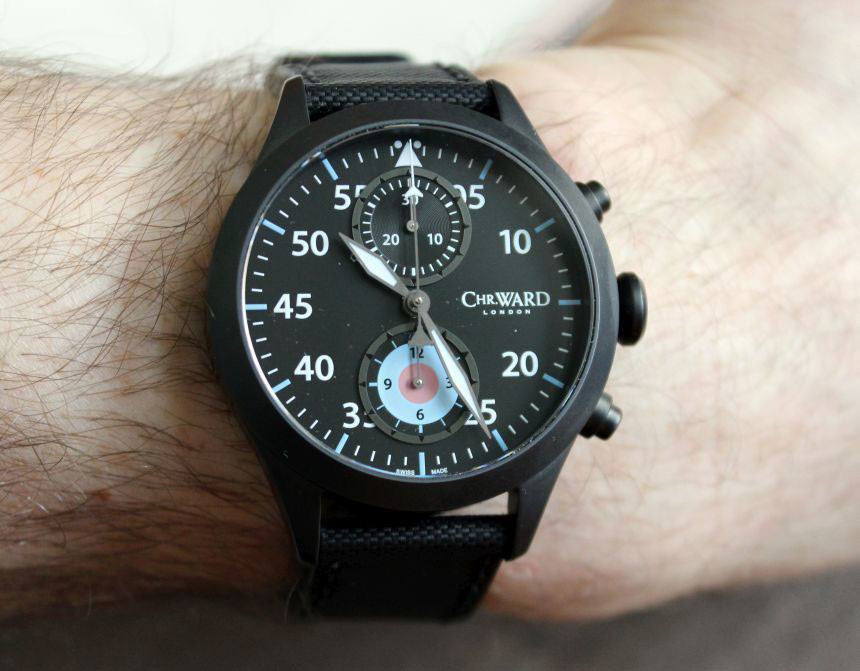 Flight. It’s perhaps the most captivating form of locomotion, as it allows us to slip the bonds of gravity, if only for a short while. Most of us experience this only via travel on commercial airlines. The pilots of those planes, however, likely came from a much more exciting ride, as many of them are trained in the military. When it comes to military fliers and watches, we generally call to mind the evergreen flieger style. Well, the folks over at Christopher Ward would like to change that thought with one of their latest, the C1000 Typhoon FGR4. 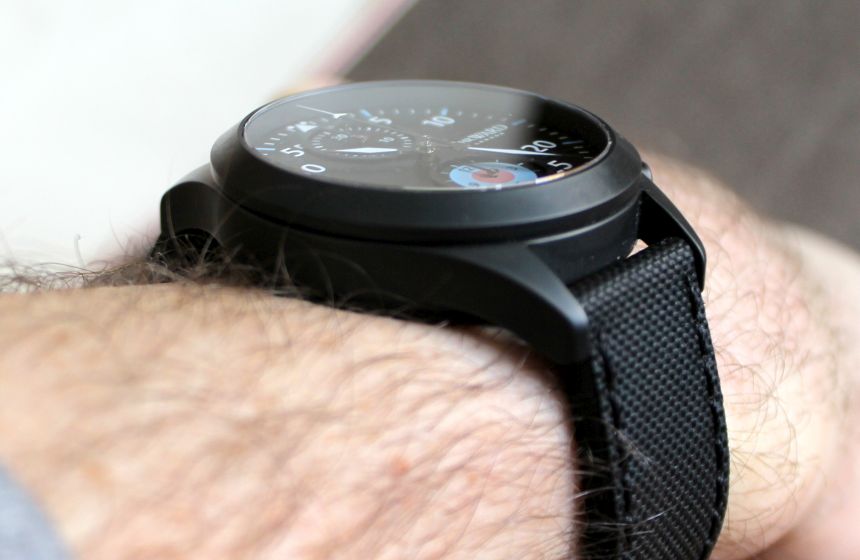 With the Christopher Ward C1000 Typhoon FGR4, it’s not just that this watch is called a pilot’s, or aviation, watch–it actually has some interesting ties to the Royal Air Force (RAF). First and foremost, of course, is the name, which derives from the RAF’s fighter, the FGR4 Typhoon. I’ll admit, if things stopped there (simply borrowing a name), it wouldn’t be much of a tie-in. Fortunately, for all you aviation buffs, that’s not where it stops. For the numerals used on the dial, they used the font of the Typhoon’s heads-up display. A closer look at the seconds hand will reveal the delta wings of the plane (on the counter balance) as well as it’s forward canards (on the tip). 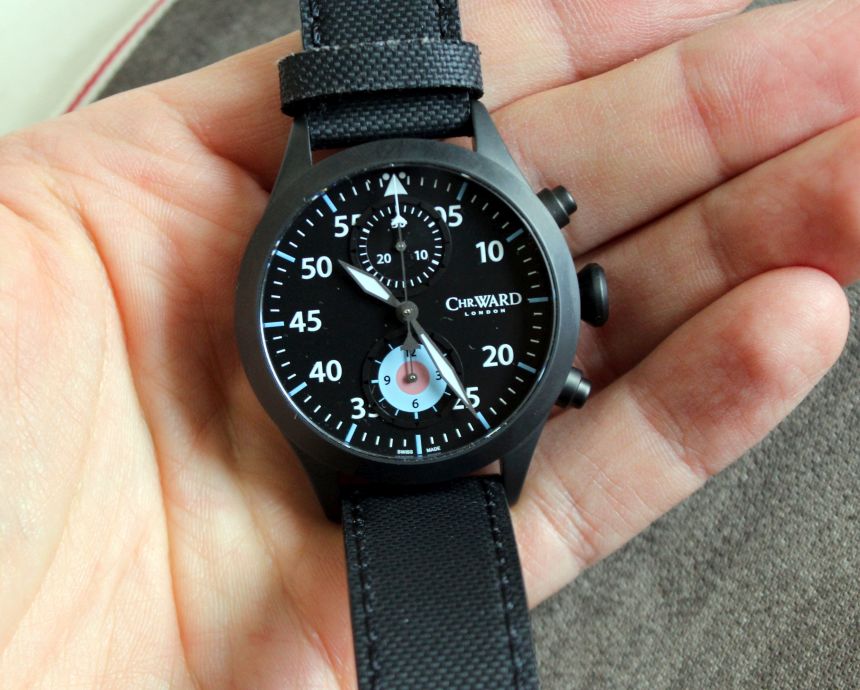 The subdials get into the game as well. Strikingly (for as dark as the watch is, overall), you’ve got the RAF’s baby blue and salmon roundel showing up in the chronograph hours register, and both chrono registers are surrounded with a shape reminiscent of the FGR4’s afterburners. Last, but not least by any stretch of the imagination, there’s a high-relief engraving of the plane on the caseback, should you need to remind someone of what the plane looks like. 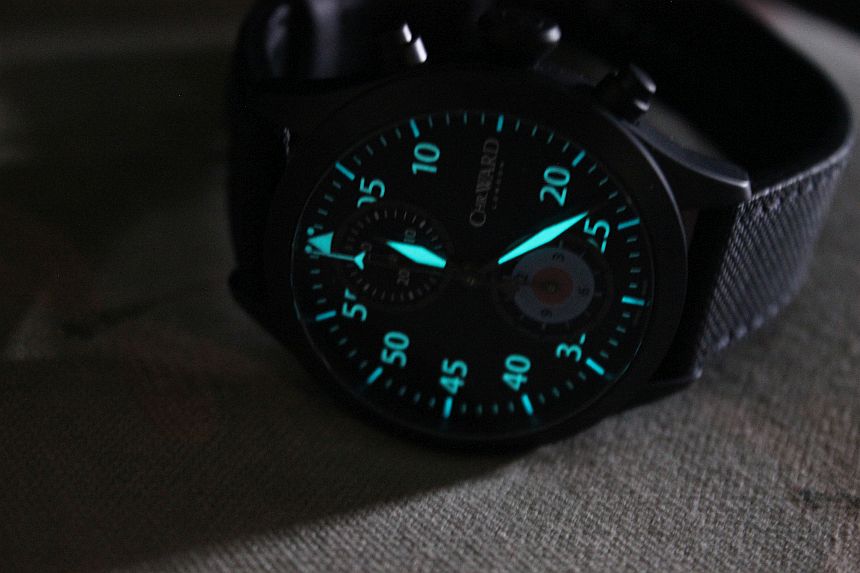 When it comes to planes, especially military jets, lighter weights are the name of the game. Christopher Ward picks that up in the materials they’ve used for the 42mm case. What you see (and feel) is a buttery smooth (and scratch-resistant) ceramic, which is built on top of a titanium subframe. These two materials work together to create a very tough, yet surprisingly light (86 g) watch. Paired with the high-density webbing strap and its titanium buckle, it makes for a watch that isn’t weighing your wrist down. 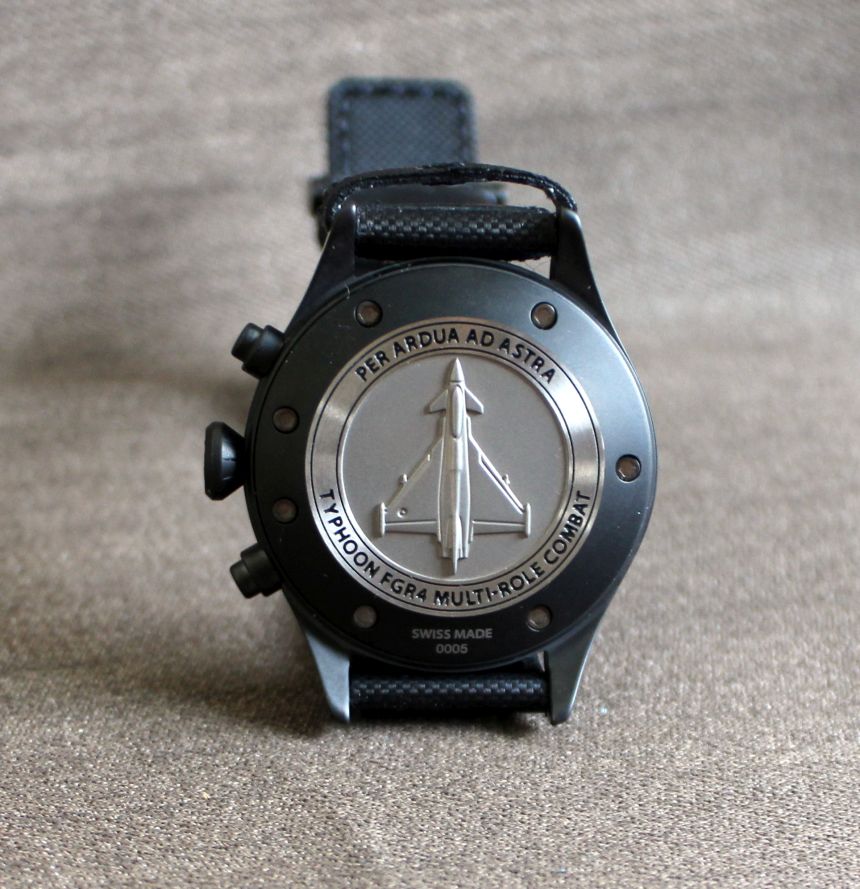 Visually, this is a rather striking watch. All of the various elements come together and present a fairly crisp dial, courtesy of the white and black palette used. The numerals are quite legible (which would make sense, due to the aforementioned font), and the handset is quite right-sized for the case, making for an easy quick-read of the time. The chronograph registers (powered by the ETA 7750) aren’t quite as legible, due to their smaller size, but that’s really a common thing, not a specific hit against the C1000. 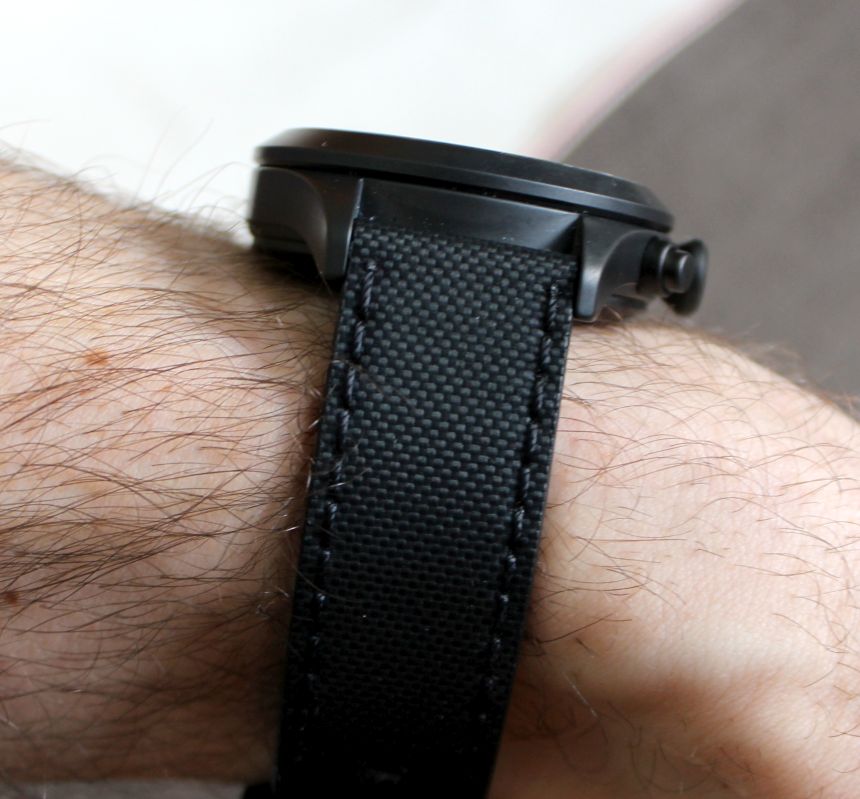 How was it to wear? Frankly, it was quite nice. While you may be concerned about that caseback engraving leaving an imprint on your wrist, I didn’t have any issues with that in my time with the watch. Additionally, as it ends up raising up the outer edges of the caseback from your wrist (a little bit), it can help cut down on the sweat that you might otherwise have with a flat caseback. What I liked the most about wearing this watch all stemmed from the ceramic case. First up, it’s light, which I appreciate. Second, ceramic gives a feel to the case that you don’t quite get from any other material. Finally, the matte finish is a visual treat, as it’s resistant to fingerprints and smudges, along with its inherent scratch resistance. 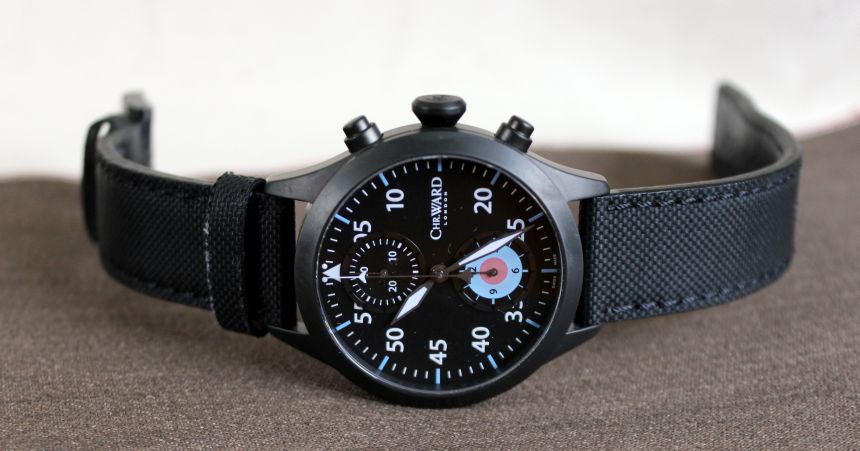 For the C1000 being Christopher Ward’s first ceramic-encased watch, they really hit it out of the park. The $2,060 watch has a lot of visual elements to it that won’t only please the aviators in the crowd, but also those who just like a cleanly designed chronograph. With its finishing, functionality, and tough case, this is a watch ready to time your adventures, and look good the whole time. And, should you be a bit of an Anglophile, all the RAF elements certainly can only serve to help. I’m not pilot, but this was a watch that was great to fly through the day with. christopherward-usa.com

Necessary Data
>Brand: Christopher Ward
>Model: C1000 Typhoon FGR4
>Price: $2,060
>Would reviewer personally wear it: Yes – this would be a nice “change of pace” watch for me, with subtle styling flying in under the radar, as it were
>Friend we’d recommend it to first: This is a perfect pilot watch for someone who’s really into military aviation
>Worst characteristic of watch: Legibility of the small chronograph registers isn’t great
>Best characteristic of watch: The use of titanium and ceramic to create a lightweight, but tough, watch