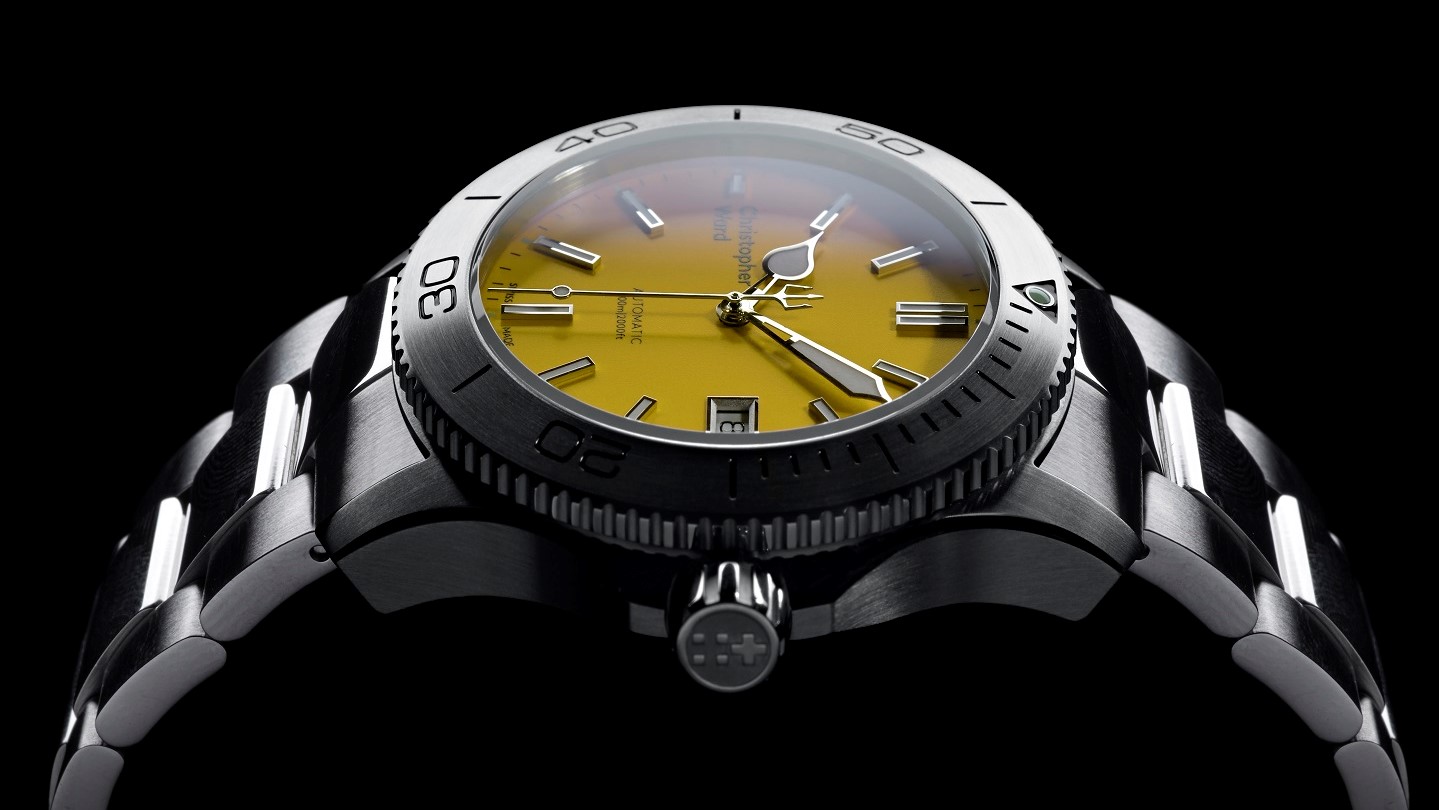 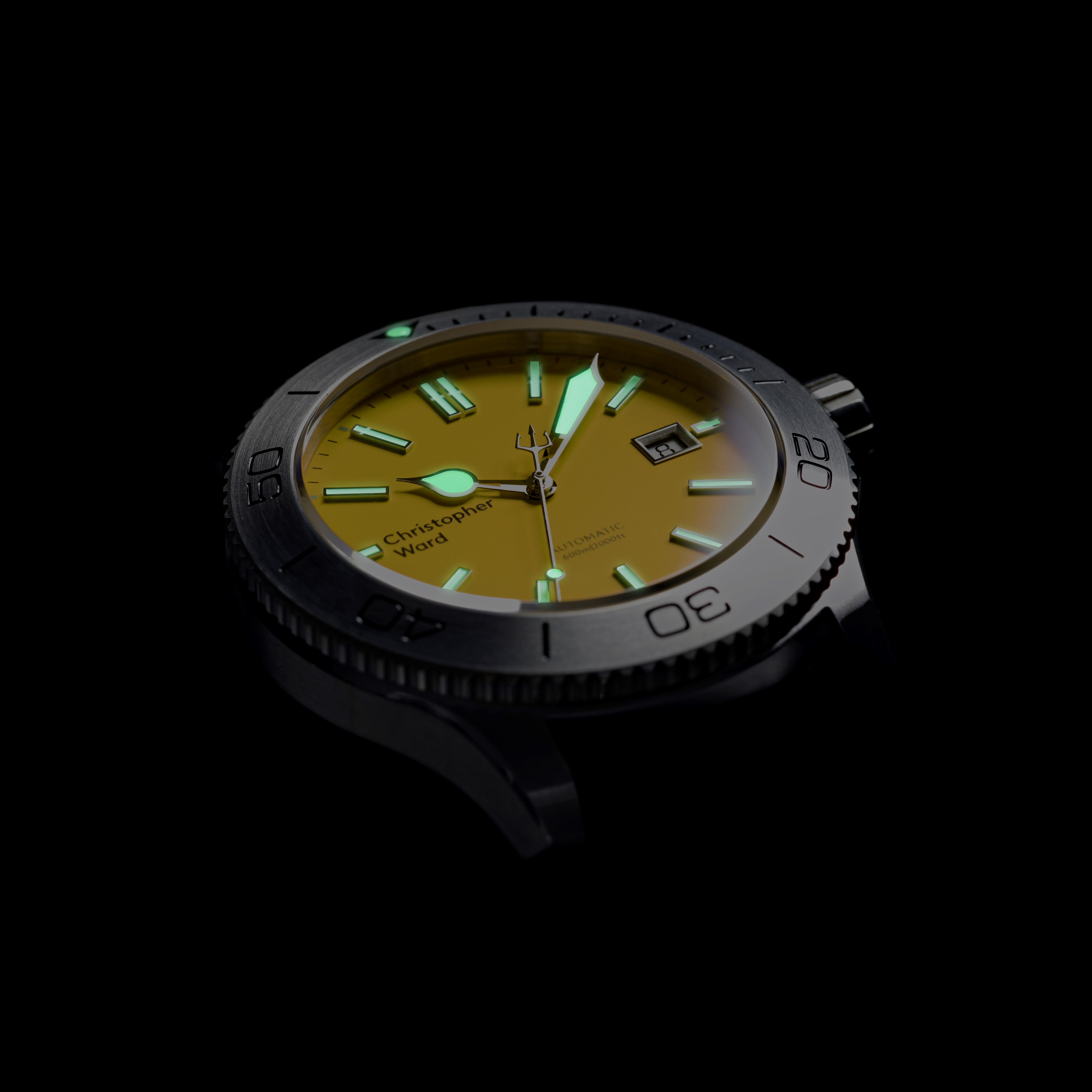 Among many watch enthusiasts, Christopher Ward is a respected watchmaker, and for good reason. The UK-based company is known for producing solid divers and dress watches at the sub-$1,000 range, a category traditionally dominated by industry giants like Seiko and Tissot. At the same time, however, Christopher Ward is also notorious for constantly producing limited edition variations of existing watches, and they’ve done so yet again. With the advent of summer soon upon us, Christopher Ward is releasing the Christopher Ward C60 Trident 316L Limited Edition Yellow, another iteration of arguably its most well-known diver, the C60 Trident Pro 600. 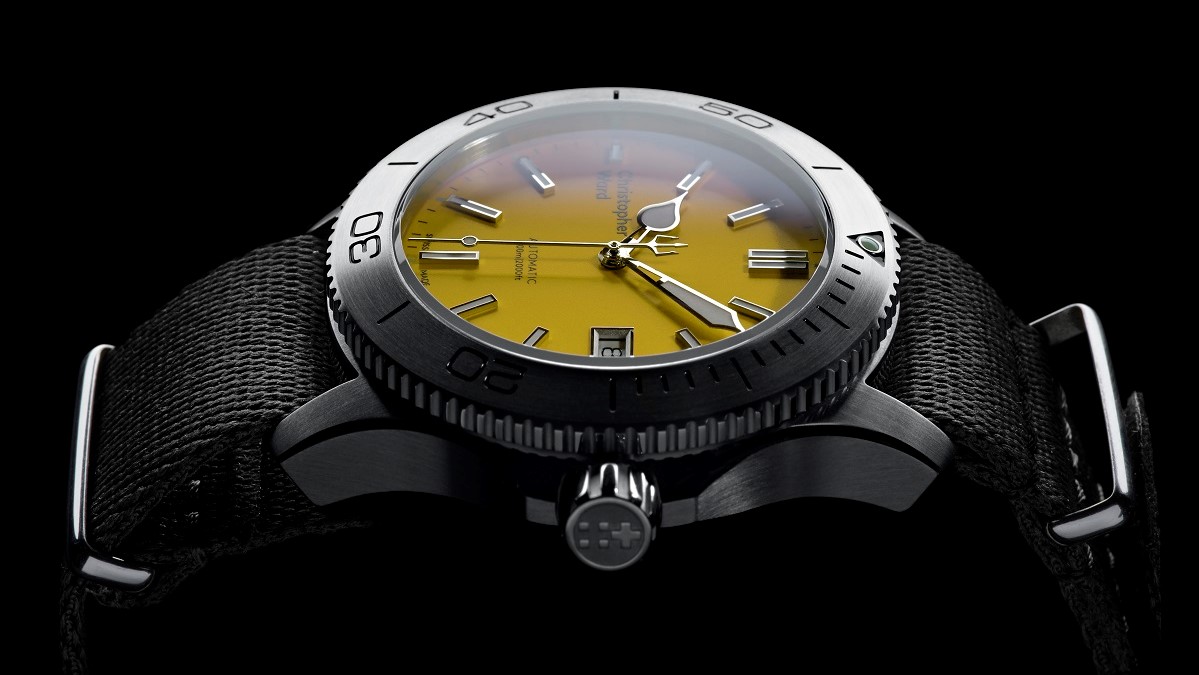 There’s no doubt this watch isn’t going to be for everybody – after all, it’s very, very yellow, and yellow isn’t exactly a popular color. This is going to be the third major color change for the Trident, as Christopher Ward has already produced limited edition runs in blue and in orange. The blue version is reminiscent of Omega’s classic co-axial Seamaster, and while the orange is a bit more unorthodox, it still shares similarities with the iconic orange Doxa divers. With the bright yellow, though, Christopher Ward has made something much more unique. Perhaps the closest comparisons are the yellow Breitling Avenger, the Halios Seaforth in Bahama Yellow, and Christopher Ward’s very own C6 Kingfisher that debuted a few years ago. What they all have in common is that none have reached anywhere near the popularity of the Omegas or Doxas, so it’s going to be very interesting to see how well this new yellow Trident sells. 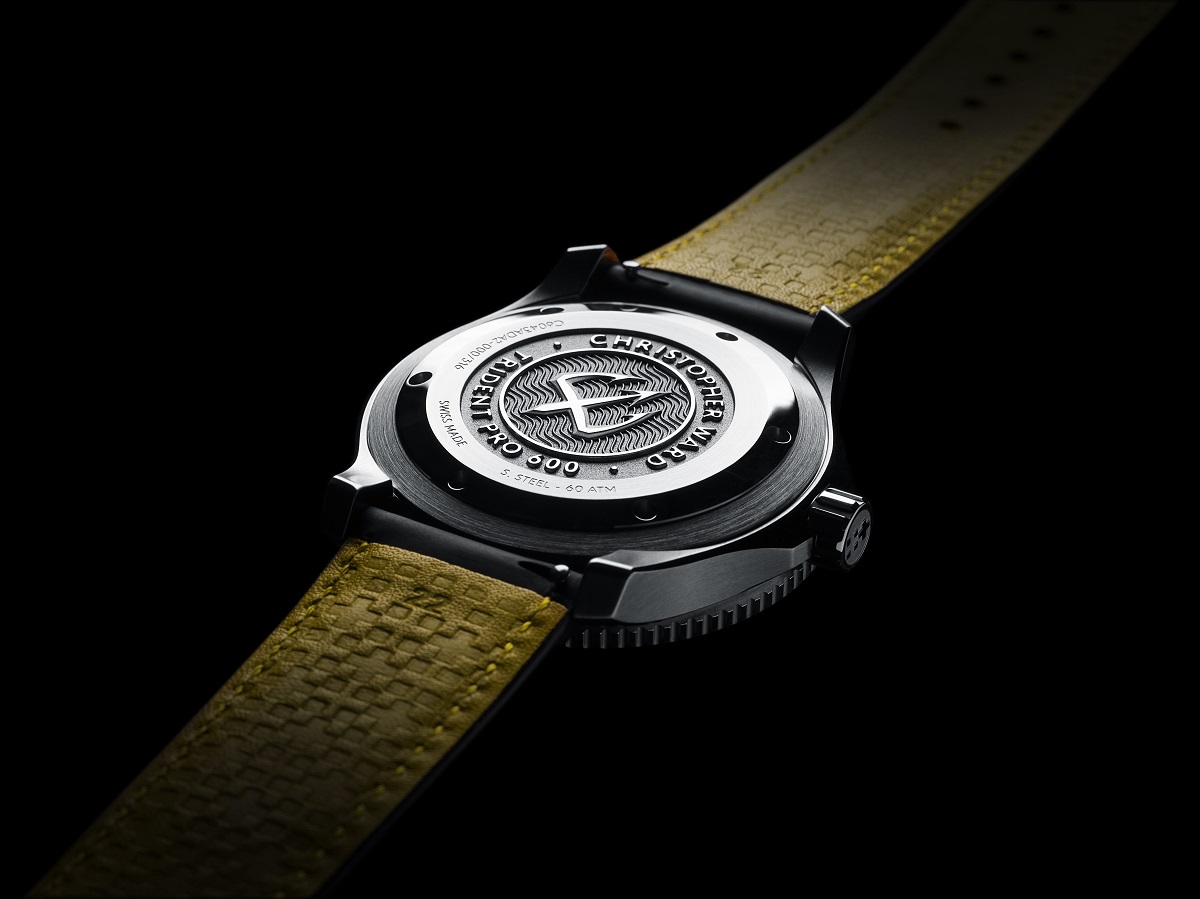 The specs are essentially identical to that of the other 43mm Tridents. The shock-resistant case is made of 316L stainless steel and is water-resistant to an impressive 600m, and it’s equipped with the sturdy Sellita SW200-1. With a 38-hour power reserve and running at 28,800 vph, it may not be the most sophisticated movement, but it’s certainly satisfactory. Like many divers, there’s a date complication and a unidirectional bezel as well. 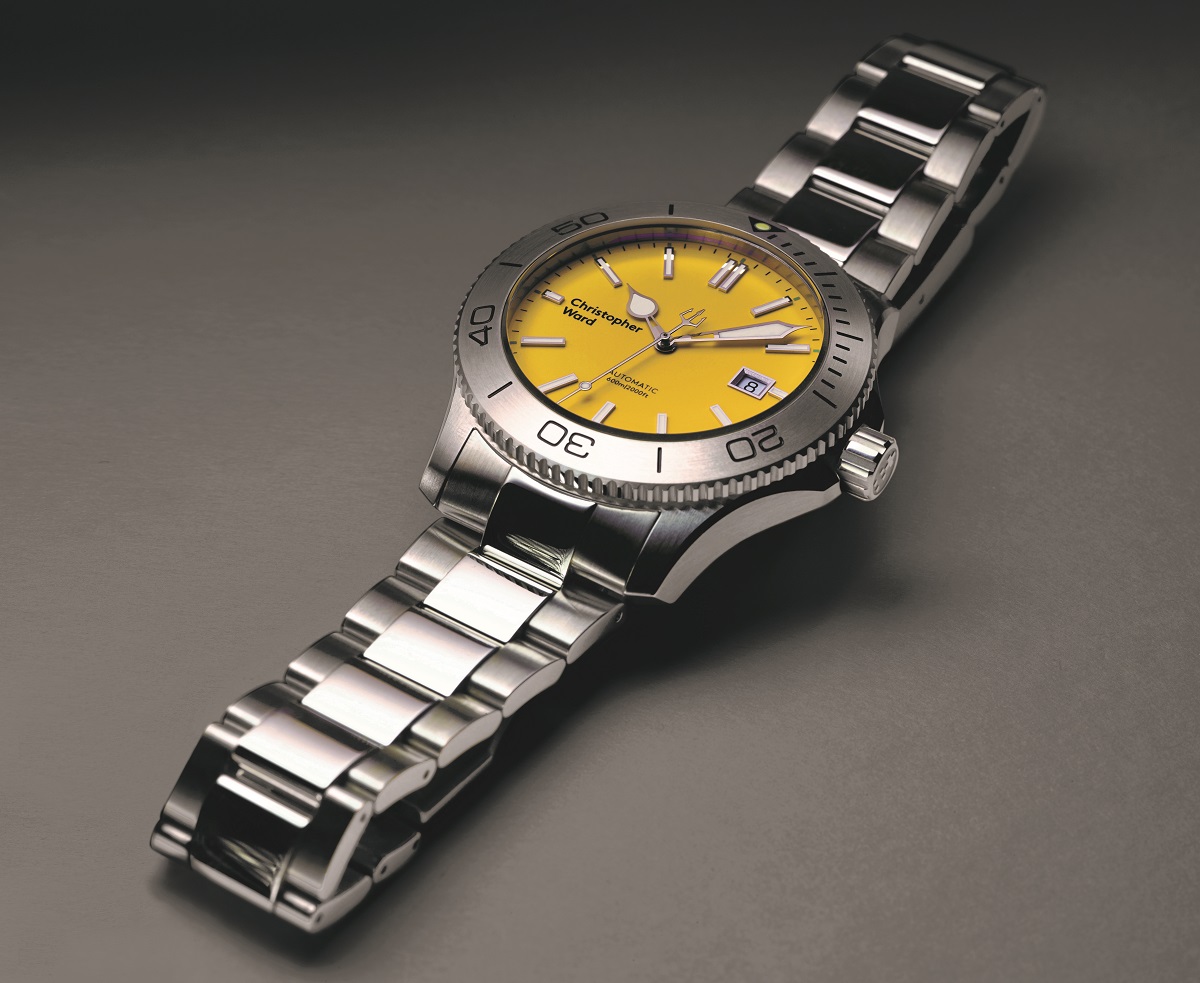 My biggest qualm with this watch, and with Christopher Ward’s other limited edition Tridents, is that it only comes in 43mm. I understand the trend towards larger watches, but Christopher Ward is not Fossil or Invicta. General consumers most likely are not familiar with Christopher Ward, and as a result, their market is mostly comprised of enthusiasts who might prefer smaller watches. One reason why so many people gravitate towards Christopher Ward is because they offer 38mm Tridents, but with virtually all the limited edition runs produced in 43mm, they’re ignoring a large segment of the enthusiast market. There’s been many calls, for instance, for Christopher Ward to produce the bronze Trident in 38mm. Without access to Christopher Ward’s internal analytics, it’s impossible to tell how successful their strategy of focusing on 43mm divers is. Still, diversifying is something to consider. 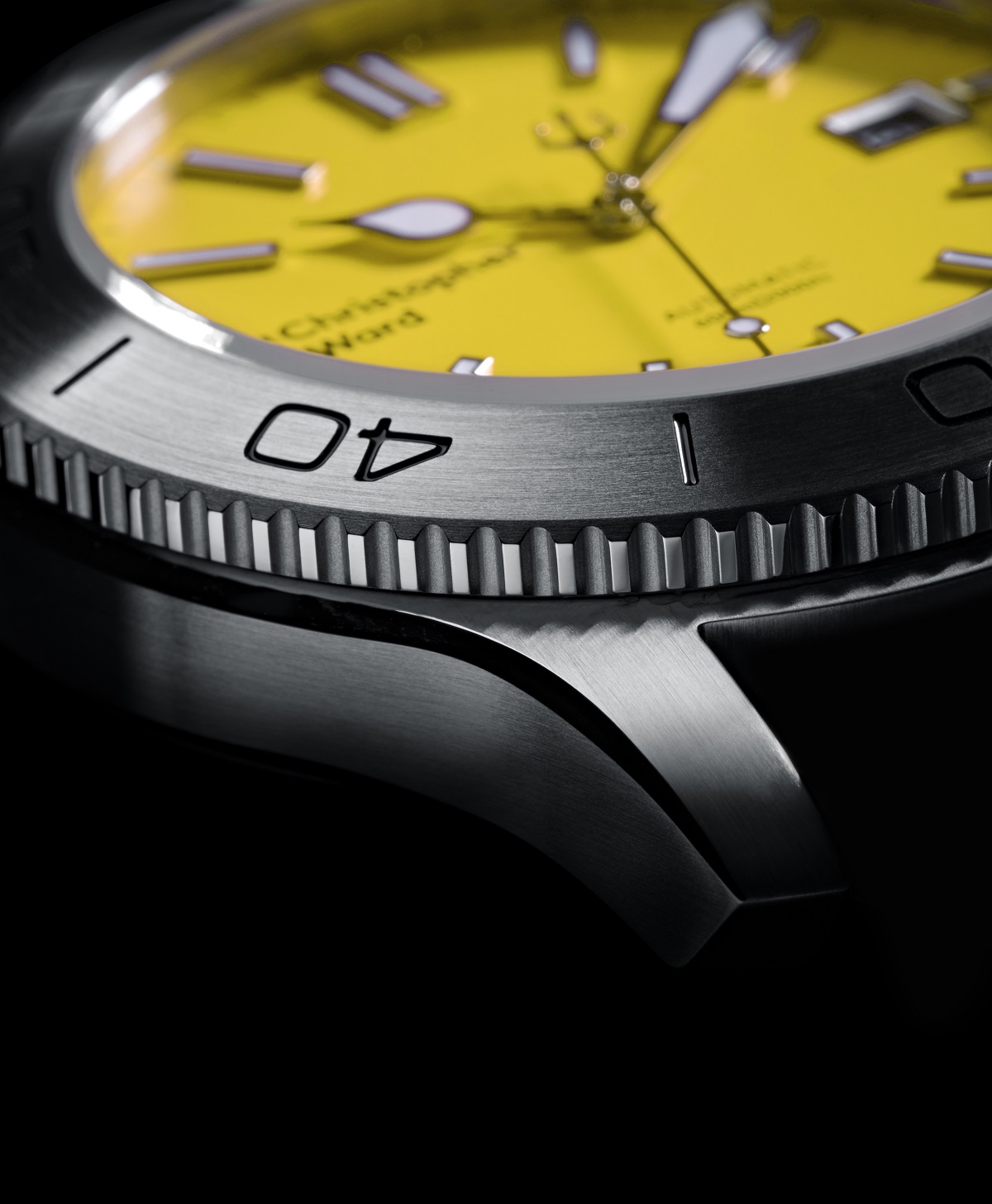