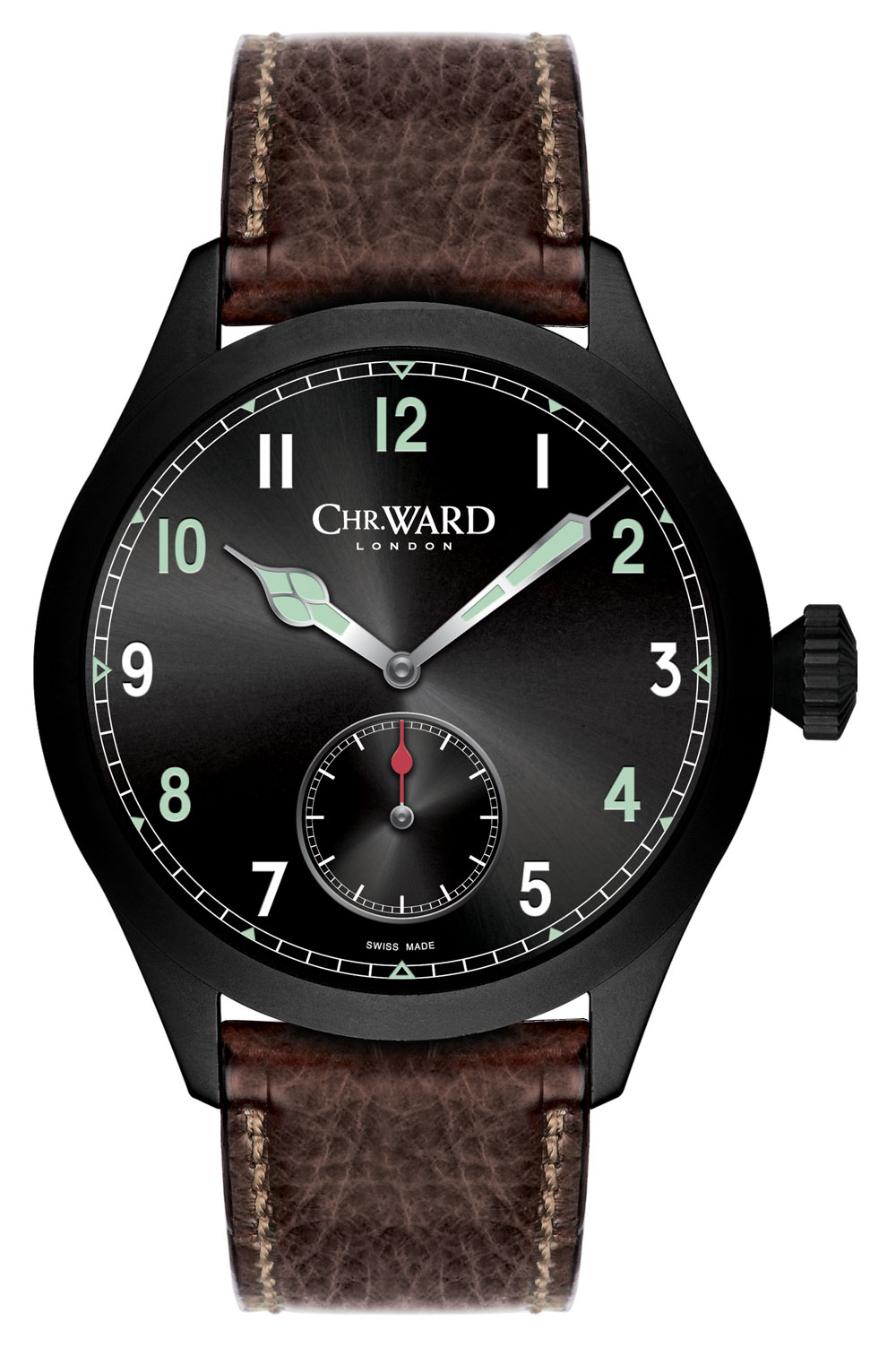 Premium British watch brand Christopher Ward has announced a silent auction on November 7th, 2016, of the C8 P7350 Chronometer Limited Edition “000” prototype sample – with all proceeds being donated to charity.

The auction, which takes place on the week of Remembrance Sunday, will provide the public with the chance to bid on the one-off “000” prototype. All proceeds of the auction will go to two of the UK’s largest military charities, The Royal British Legion and SSAFA.

A piece of original Duralumin sourced from the oldest remaining airworthy Spitfire to have flown in the Battle of Britain is embedded in the “000” prototype sample which is the only watch of its kind.

The reverse of the watch reveals a laser-cut piece of metal from P7350’s fuselage protected by highly scratch-resistant, museum grade sapphire crystal. A silhouette of the plane’s plan has been precision cut into the metal showing the registration and elliptical wing formation to great effect.

The design is based on the Smiths Mk IIa clock that was used in the Supermarine Spitfire’s cockpit, including the use of the original index fonts and colours and the black, anti-reflective case. The Super-LumiNova SLN C5 and T-C1 paints used emanate blue and green emissions respectively. 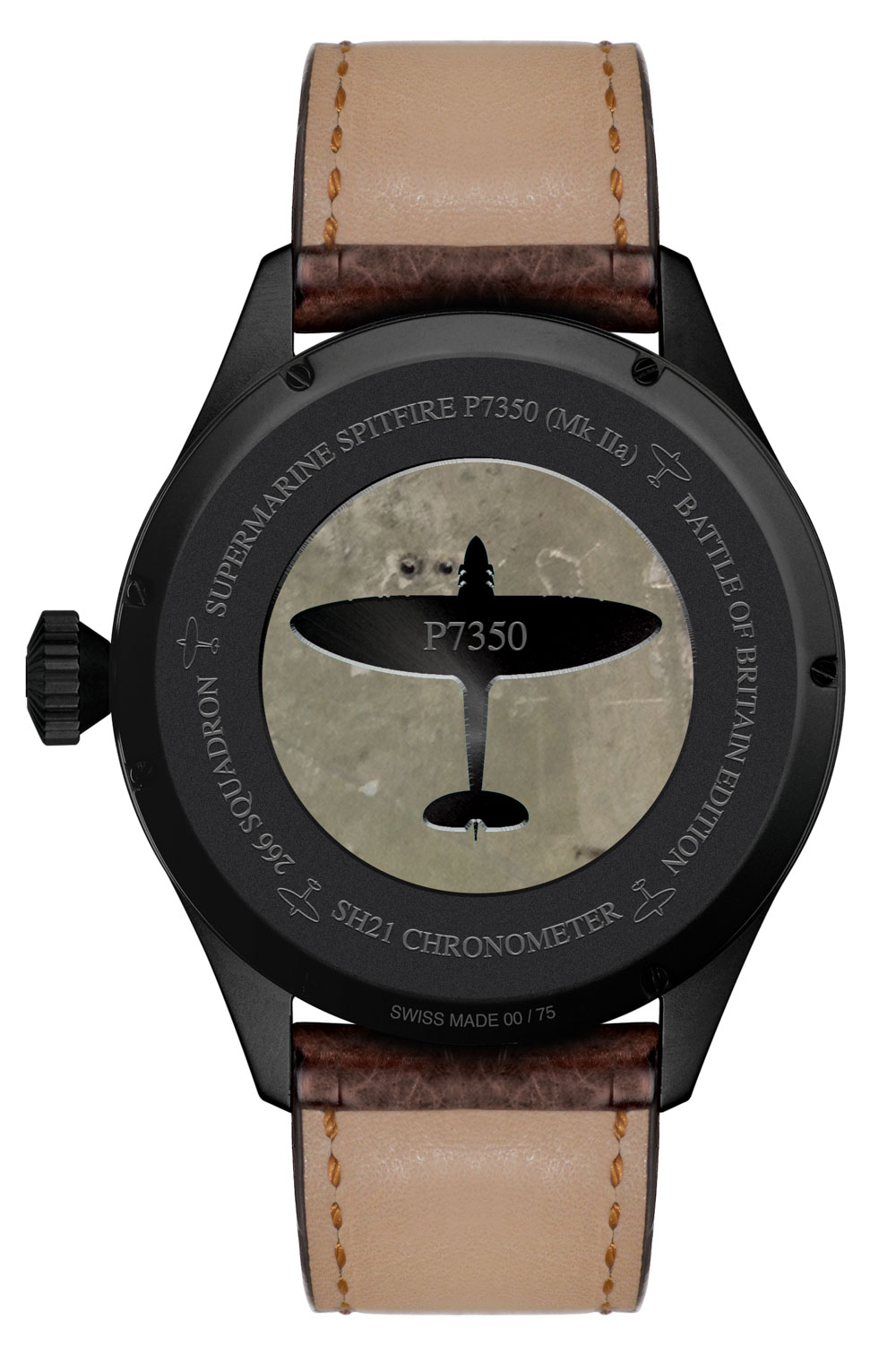 The auction goes live on November 7th, 2016, and will run for 11 hours – from 11am until 10pm GMT, with people able to place their bids via the Christopher Ward website. The minimum bid will be set at £3,450, with the winning bid to be verified by the Christopher Ward team on the 8th of November and then announced to the public.

The two military charities being supported by Christopher Ward both focus on providing help to members and veterans of the Armed Forces. This entails welfare advice and support, health and social care services, housing, campaigning, and a focus on remembrance.

SSAFA is the UK’s oldest Armed Forces charity and has been providing lifelong support to serving personnel and their families for over 130 years. Each year, they help 60,000 people, ranging from World War Two veterans to the families of young servicemen and women wounded or killed in Afghanistan. This includes both regulars and reserves in the British Army, the Royal Navy, and the Royal Air Force.

The Royal British Legion support and campaign to improve the lives of members of the Armed Forces all year around. They also organise the Poppy Appeal and champion remembrance of those who have given their lives to protect the freedom of the British people.

Co-founder Mike France said: “We’ve kept the ‘000’ prototype of the C8 P7350 Chronometer LE aside since the original launch in 2015 as we always knew we wanted to do something meaningful with it. We carefully considered how we could utilise this special piece and ultimately decided that because of the links that the collection has to the Battle of Britain it would only be right to utilise this to commemorate Remembrance Day. 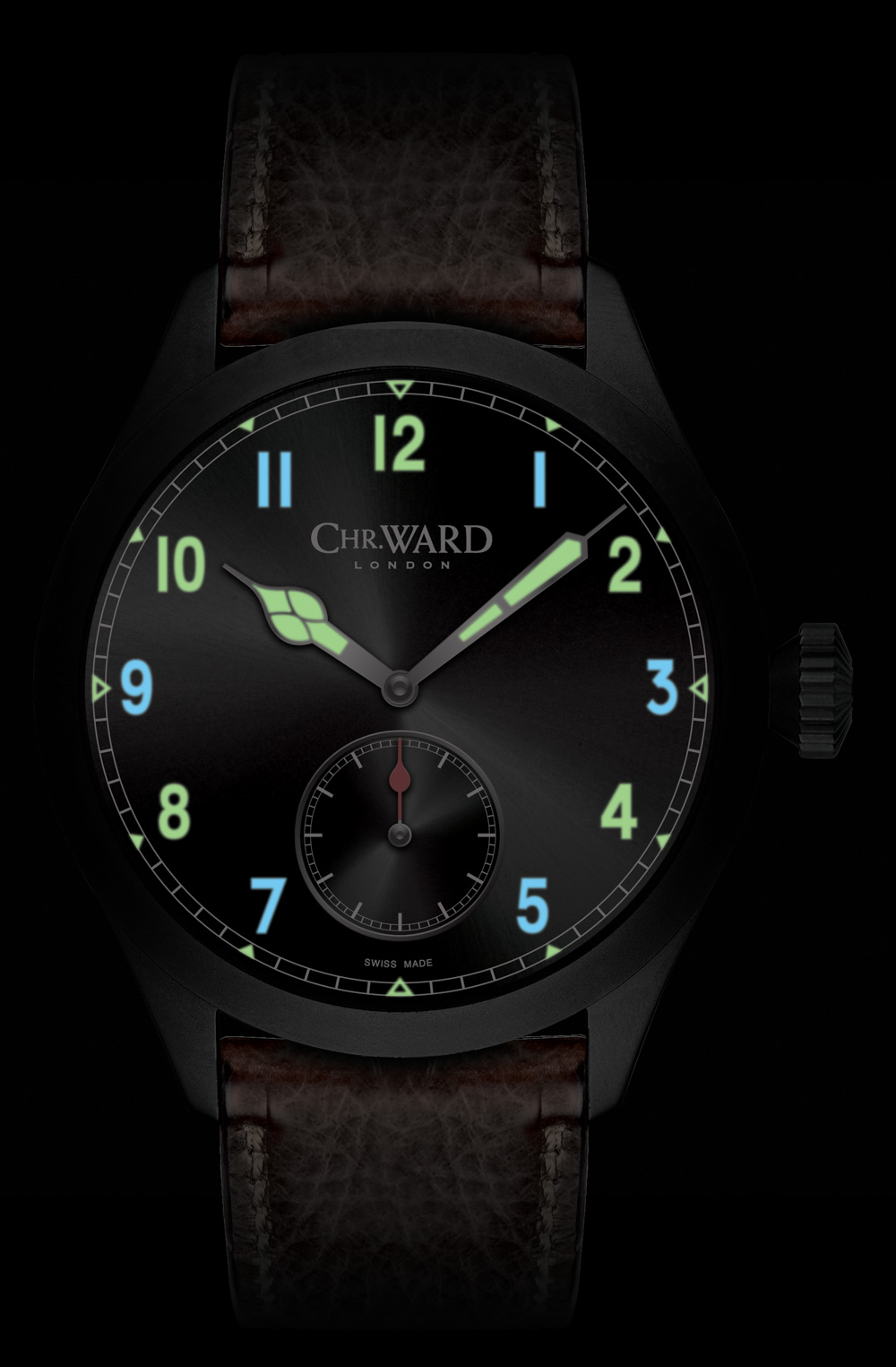 “Through our auction we hope to mark Remembrance Day and to raise thousands of pounds for our chosen charities – The Royal British Legion and SSAFA who offer vital support to the veteran and Armed Forces community. This is another important step in Christopher Ward’s continued affirmation of our commitment to our British heritage, and our pride in partnering with charities who play a pivotal role in supporting this country’s service people.”

Go to the christoperward.co.uk silent auction page to view the auction and place your bid.