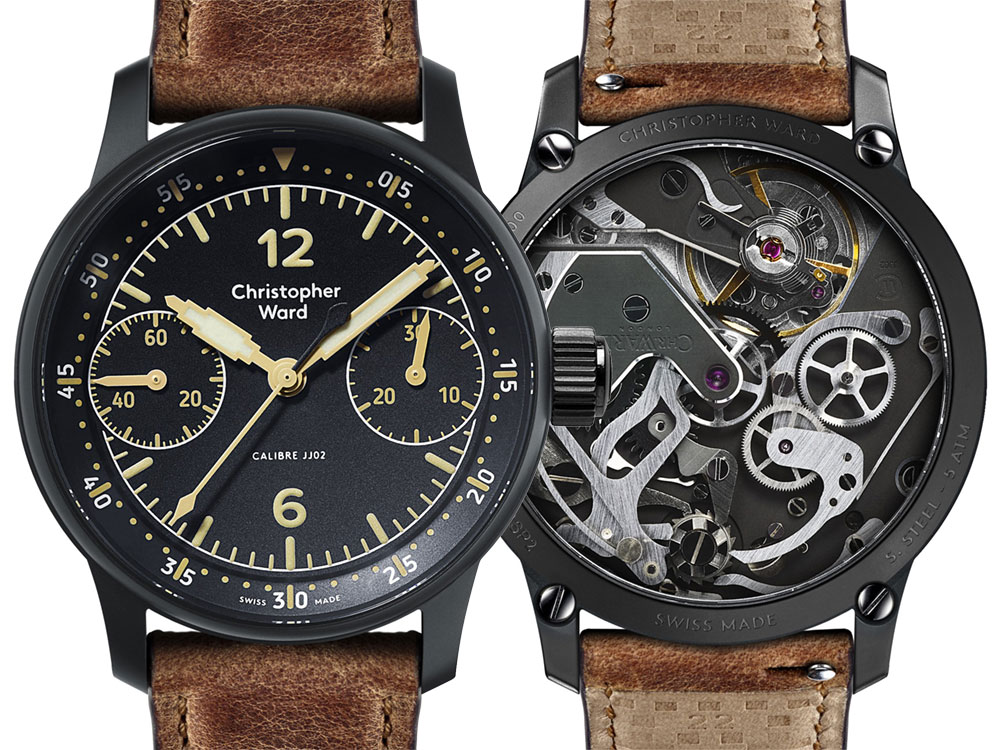 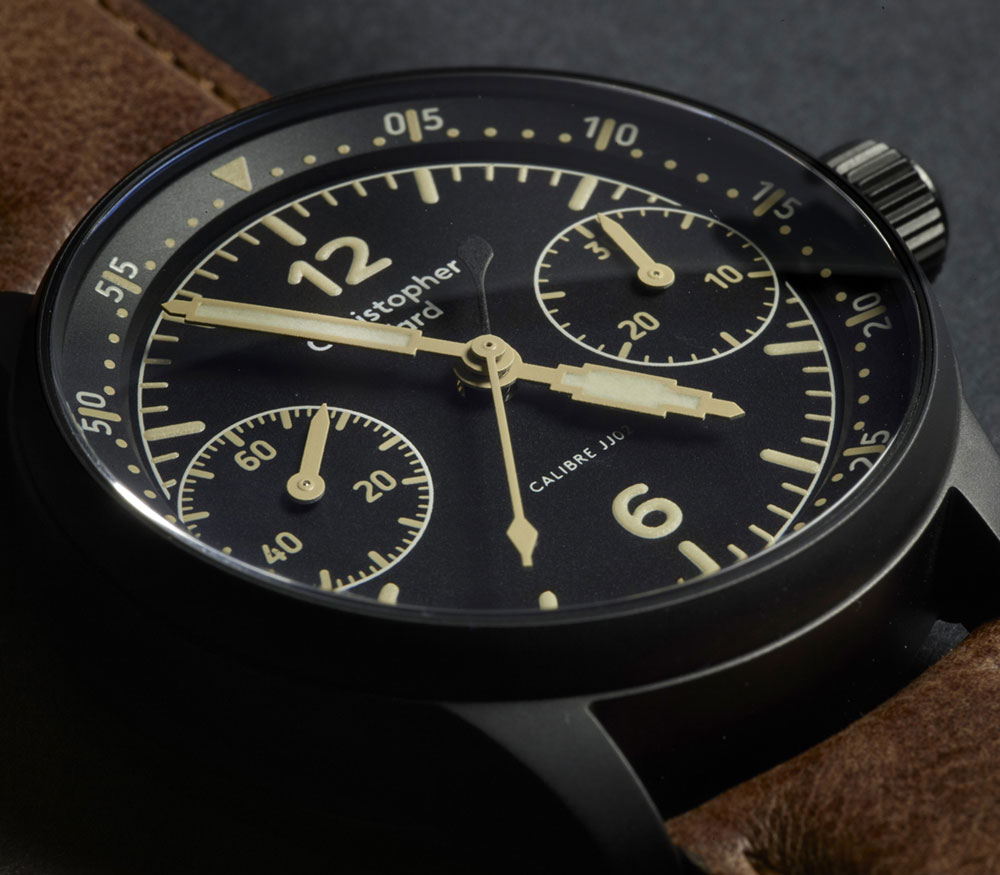 While most of the name is pretty self-explanatory, some of you may be stumped by the “Me 109.” This refers to the Messerschmitt Bf 109 – a WW2-era Luftwaffe fighter plane which the watch is said to be inspired by. More specifically, it refers to a Junghans clock taken from the cockpit of one such plane. Two tangential points I’d like to make here: one, it’s rare that a brand openly recognizes and credits another as its muse; and two, is it just me or do British watchmaking brands have an obsession with aviation-themed limited edition timepieces? 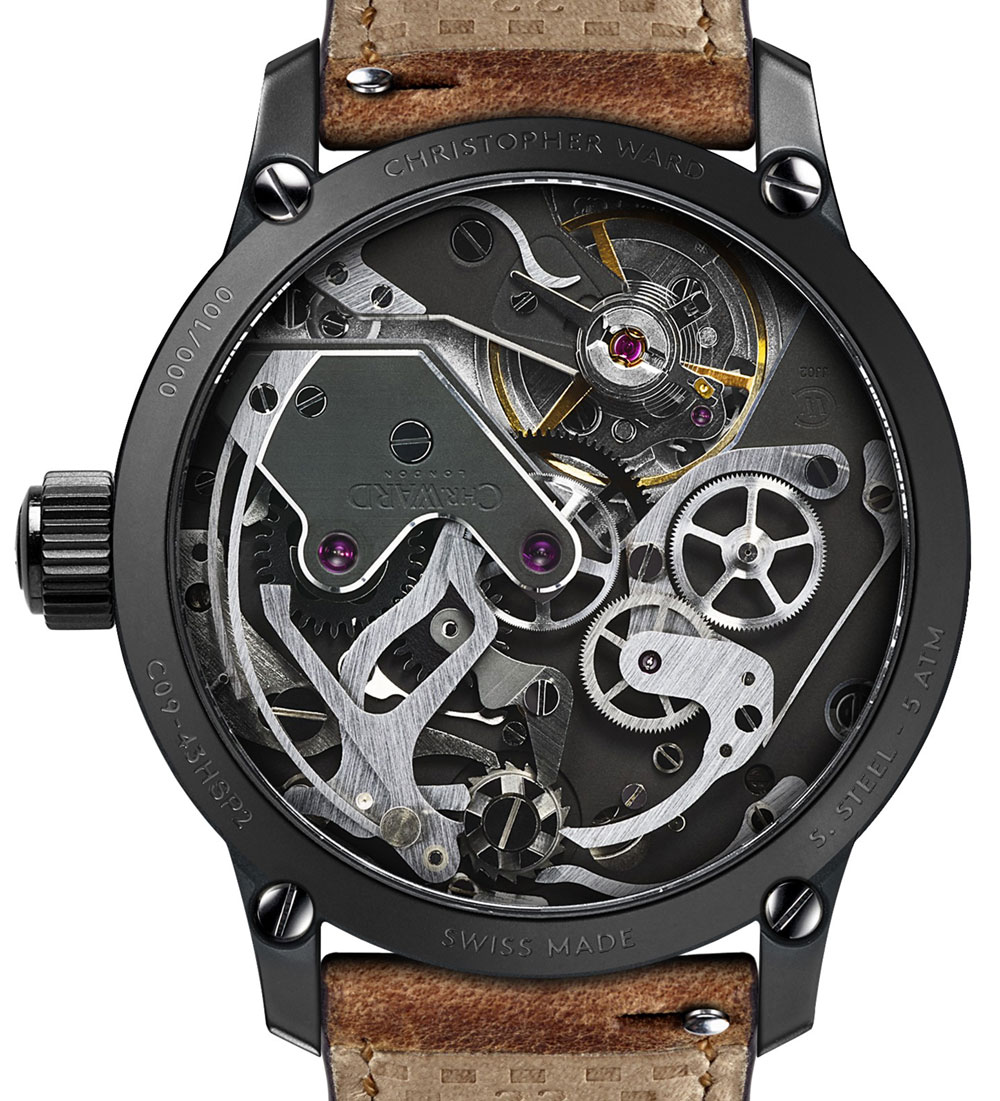 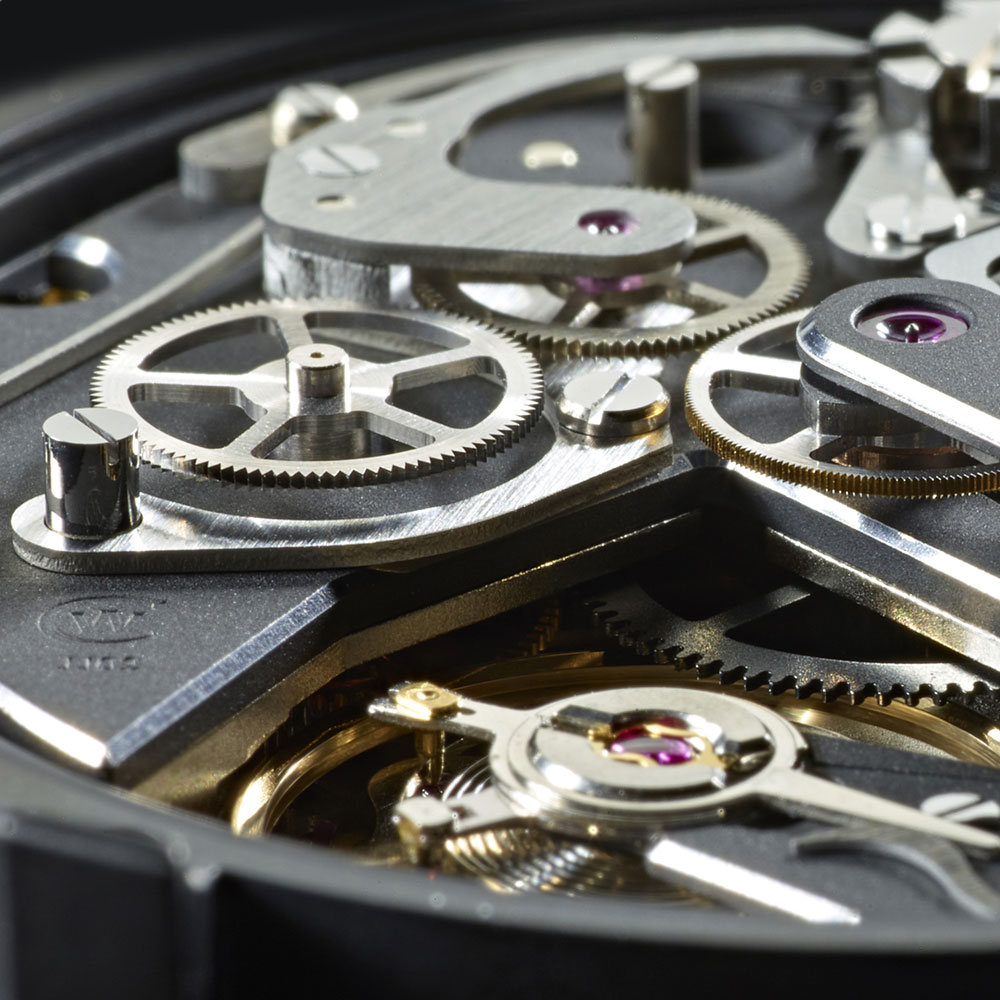 Anyway, back to the subject at hand. The Christopher Ward C9 Me 109 Monopusher Chronograph is powered by the calibre JJ02. Based on a Unitas 6497, which is then heavily (and I mean quite heavily) modified to incorporate all the monopusher chronograph bits. This is the brainchild of Johannes Jahnke and Jean Fillon. The former was instrumental in developing the in-house calibre SH21 and the modules on various Christopher Ward watches and is now a part of Sellita, furthering its movement development efforts. 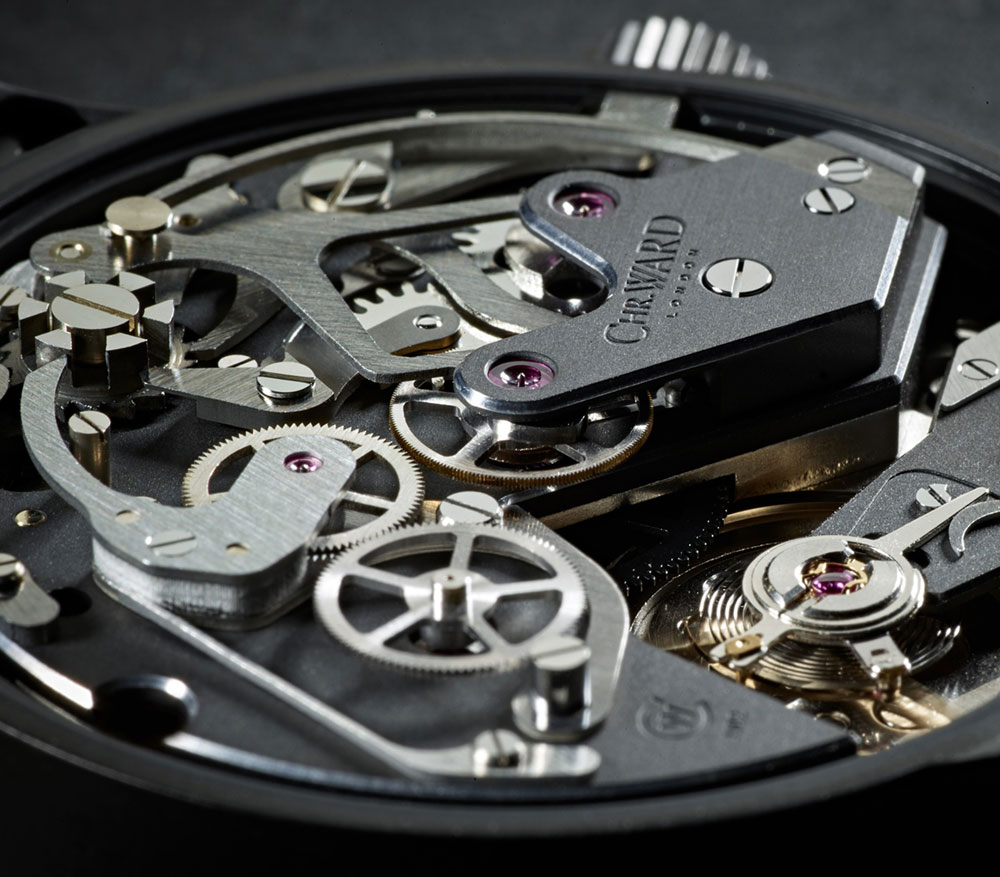 The calibre JJ02 was first used in the Christopher Ward C9 Single Pusher Chronograph, a dressier version than what we see here today. In my opinion, the Me 109 iteration looks much cooler and is better suited to the large proportions of the watch. The JJ02 provides a 40h power reserve and beats at 18,800bph. Unlike the dressier sibling, which has a rather boring movement finish, the bridges on the C9 Me 109 movement are finished with a black PVD coating and have chamfering – giving it a very nice, edgy monochromatic look that I really like. 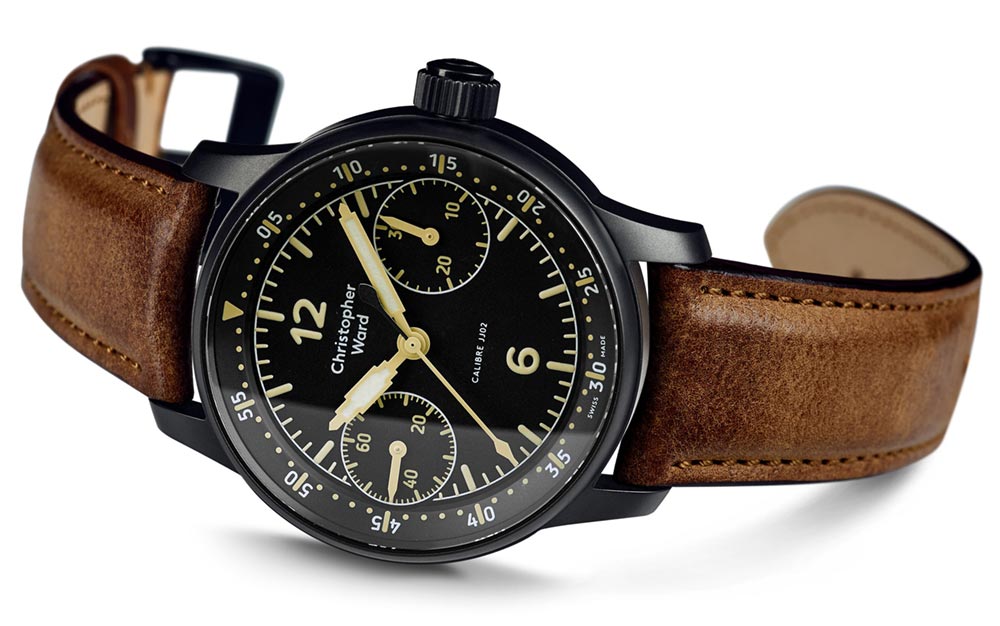 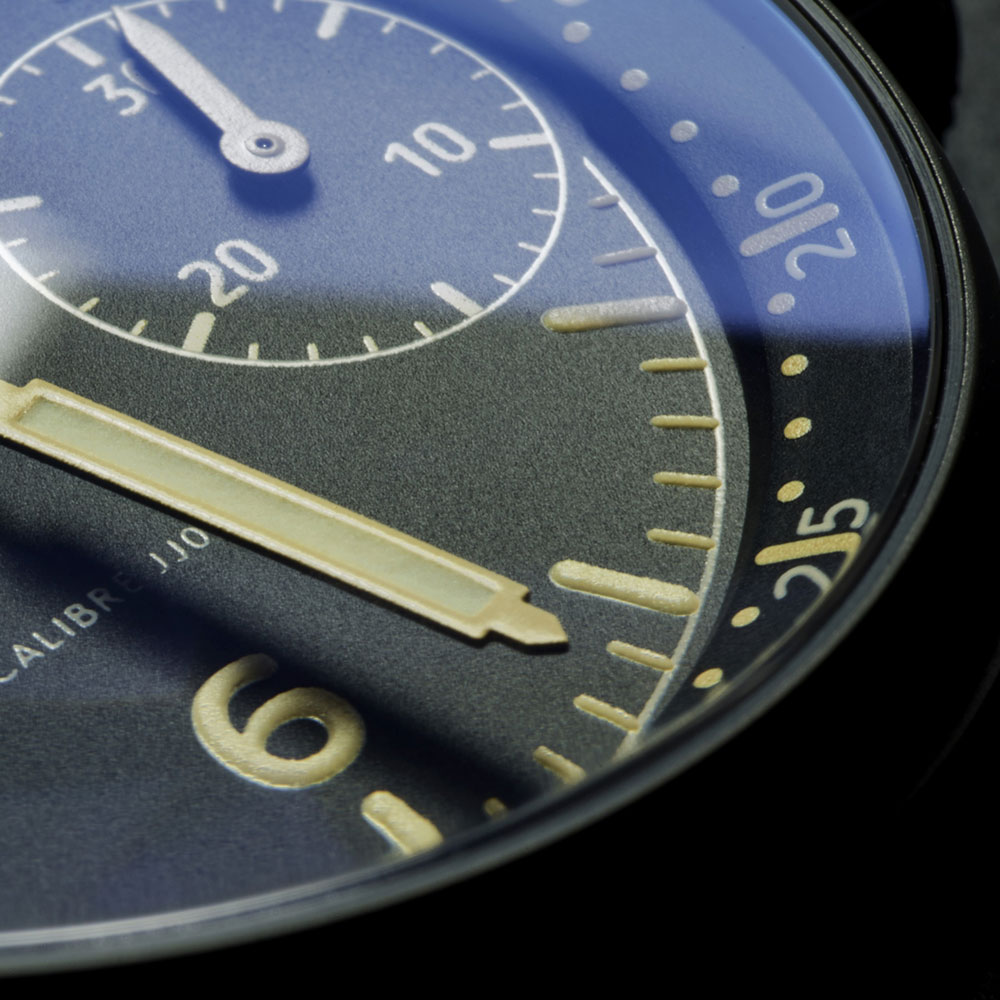 At 43mm by 15.7mm, this is not a small watch – but when it comes to chronographs, there is a tradeoff between affordability and movement sizes. It would be cost prohibitive to develop a new one from scratch and existing options (7750, ETA 2894-2, or the Eterna 39A with module) are all of similar thickness. See why I like this watch better as a pilot watch than a dress watch now? 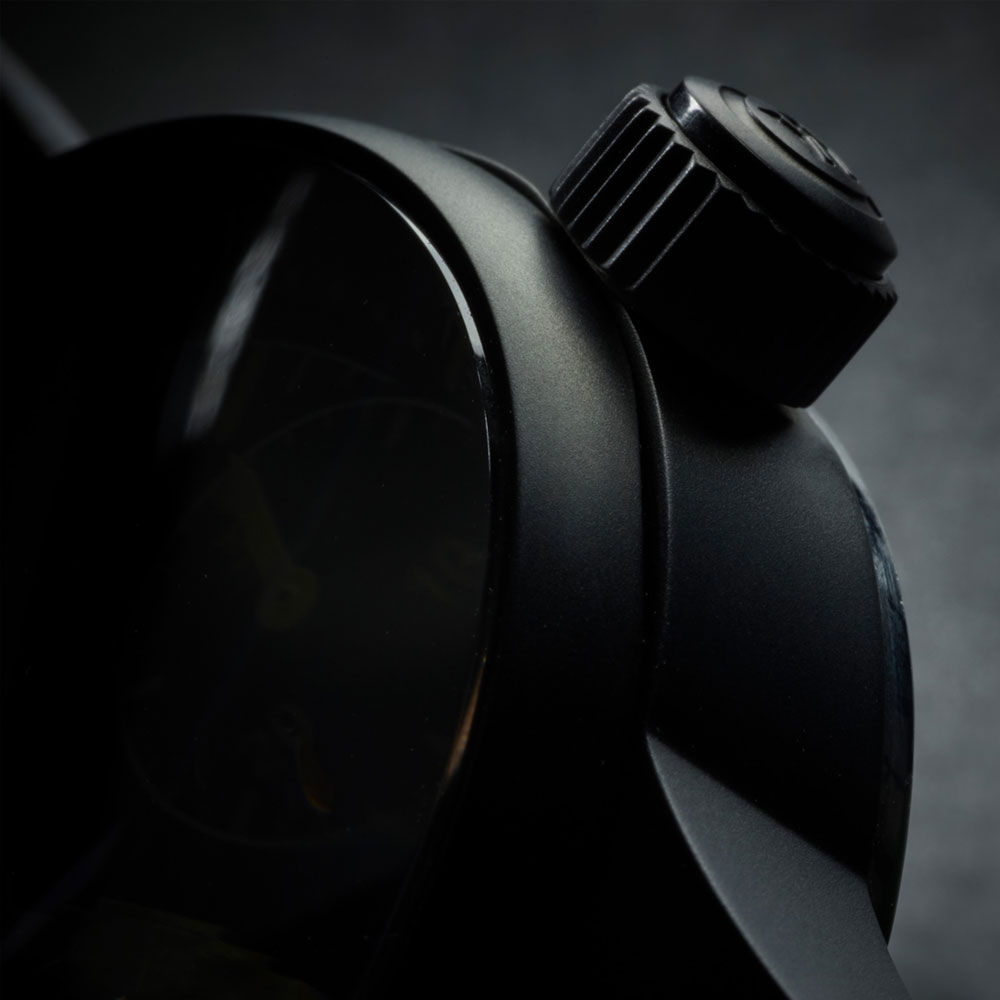 The case is DLC steel with a sandblasted finish and has a large, ergonomic fluted crown. Naturally, there is sapphire crystal on both sides, with AR coating. The lack of a bezel leads me to believe this watch will wear larger than its 43mm size. The dial is a pretty familiar bi-compax layout with the running seconds counter at 9:00 and 30-min chrono counter at 3:00. Props to Christopher Ward for not including a date display on the watch. 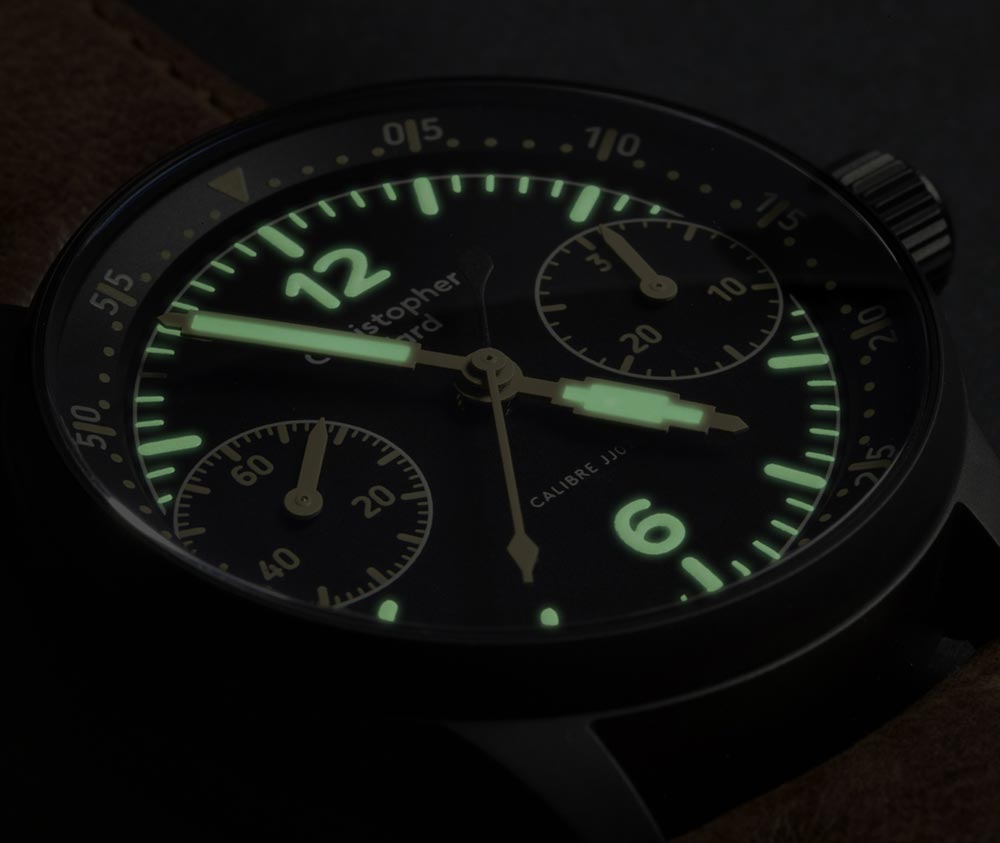 The brand says that the design of the hands was based on the Junghans clock mentioned earlier, and while it isn’t the most elegant, it affords plenty of legibility and fits in with the tool watch theme. The minute ring, hour markers, and hands have Super-LumiNova that is colored to look like patinated lume in daylight – it suits the watch well, but you’re not likely to confuse this for a vintage timepiece from afar for sure. 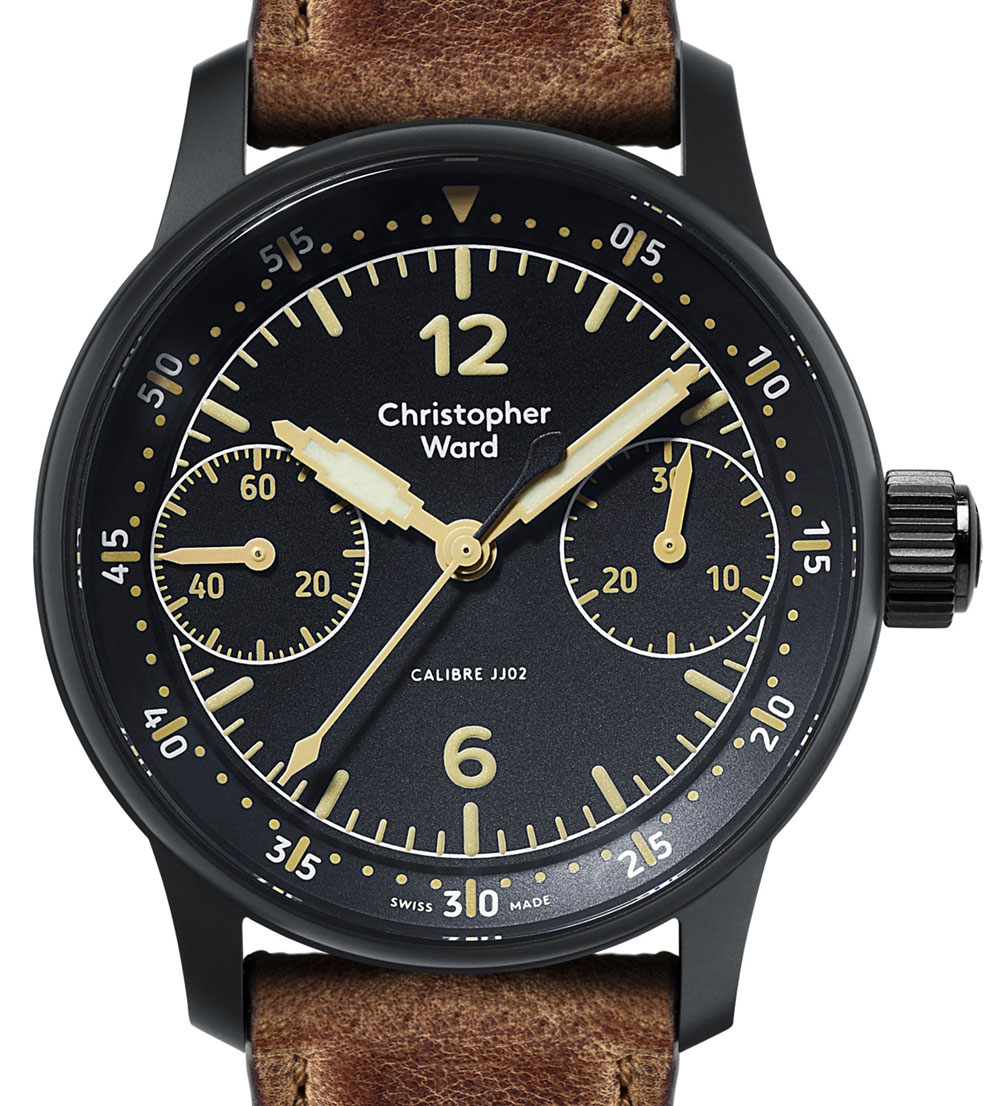 The Christopher Ward C9 Me 109 Single Pusher Chronograph is an interesting alternative in a market flooded with 7750 and ETA 2894-2 powered watches. That’s no knock against either of those movements, but quite frankly, they don’t offer the same caseback view that this does. The thickness of the watch may deter some people, but for those who can pull it off, at a price of $3,370, and a limited run of 100 watches only, it appears to be a very good value proposition. christopherward.com