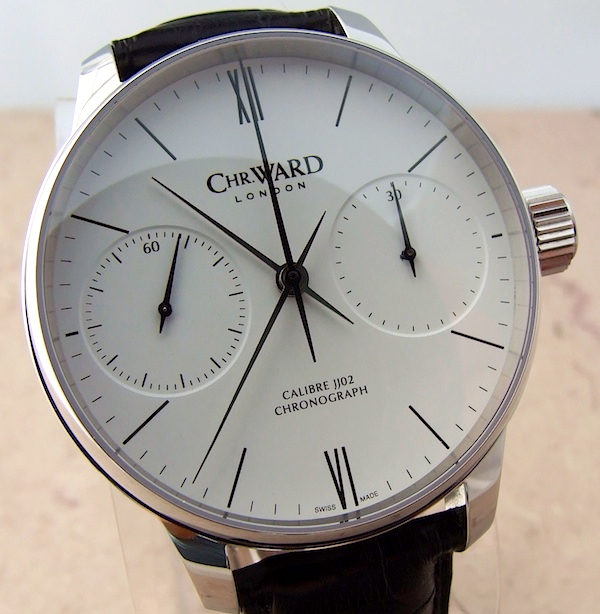 This is the Christopher Ward C900SWKR, and it’s a new high-water mark for a company I’ve long liked. Let me tell you about it, because it’s an unusually good story.

CW started out with classic looks (the Malvern) and has steadily worked to define its style and expand the product line. Beginning with the C9 jumping hour, they’ve begun making custom movements based on ETA base movements. The C900 is a very rare complication, a mono pusher chronograph, based on the Unitas/ETA 6497 and is a collaboration between industry veteran Jean Fillion and newcomer Johannes Jahnke. A mono pusher is a clever idea that lets you have a chronograph in a normal-appearing case: the crown serves multiple roles. In addition to wind and set, it’s also a pushbutton for stop/stop/reset on the 30 minute chronograph.

The result is a less sporty, more elegant look that is reminiscent of Cartier or perhaps Longines. Let’s have a look: 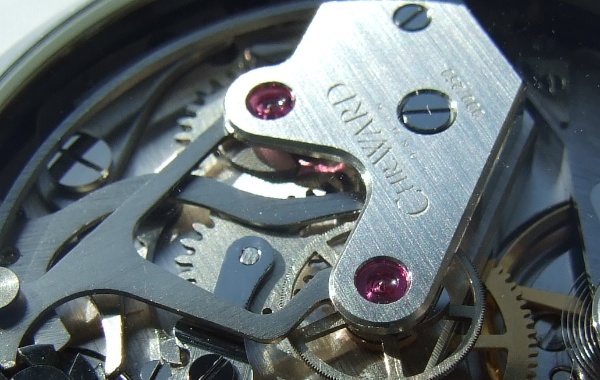 You’ll see variations of that Y-shaped bridge in most chronographs. Off in the lower left is the column wheel, all nicely made and finished. Good anglage and brushing here. This watch is the CW prototype, thus the zero serial number. 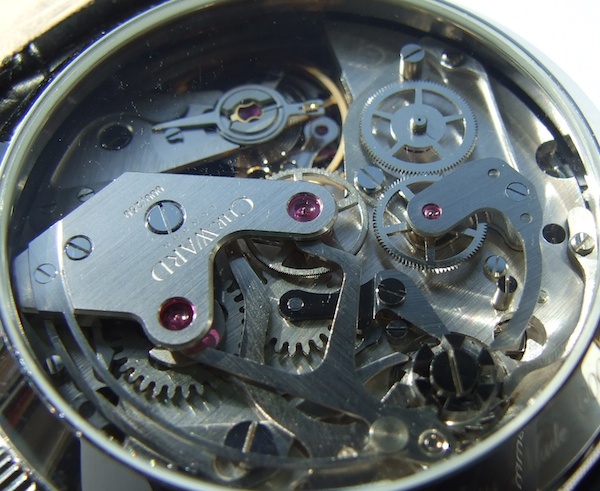 The chronograph is added to the back of the movement and adds several millimeters in height. It makes for strong shadows and great visual depth. 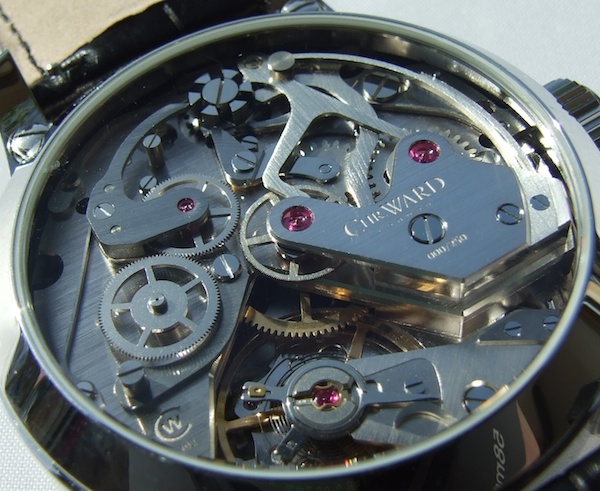 This is a watch that’s all about the movement, so I’m glad they have a full-width view back. Note the swan’s neck fine regulator and lack of wire springs: this is emphatically not a cheap movement in design or execution. Ditto the column wheel – the more expensive solution for chronograph coordination, it’s quite difficult to manufacture. 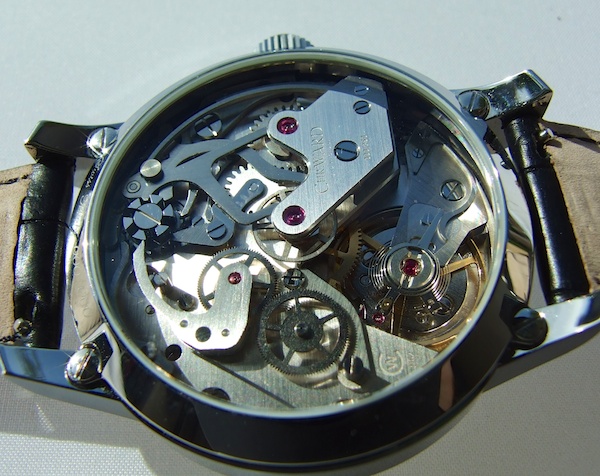 The 6497 was originally designed in the 1960s as a pocketwatch movement and became popular with the advent of larger sport watches, in particular Panerai. It’s robust, easy to repair and often used in training watchmakers. The big canvas it provides also makes for a large watch; you can see that there’s not a lot of extra width in the case but it still comes in at 43.1mm by 15.9mm at the top of the domed crystal. Lug to lug it’s 51.5mm, and weighs in at 106g. The crystal and dial are about 40mm across, making for a watch that is quite bold on the wrist: 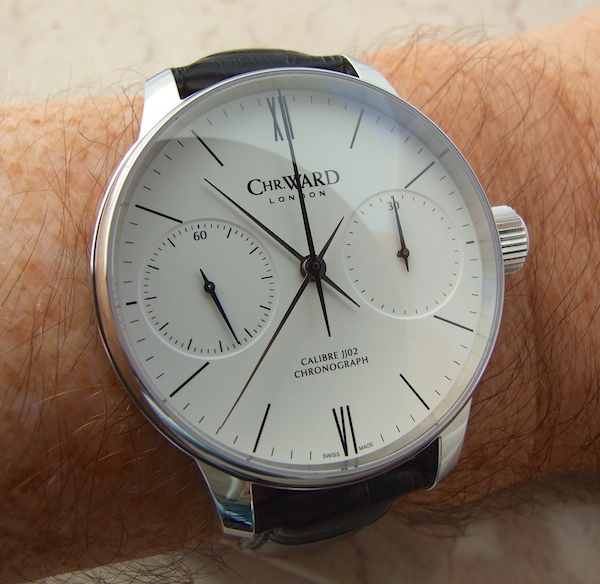 As with the C11, case finishing is just superb, reminding me strongly of the GO diver: 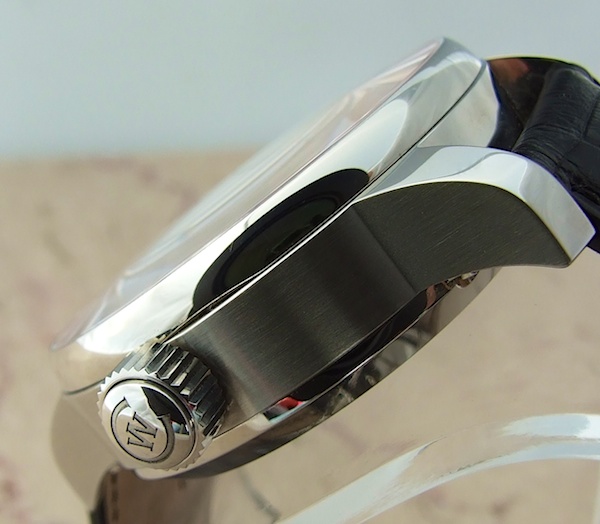 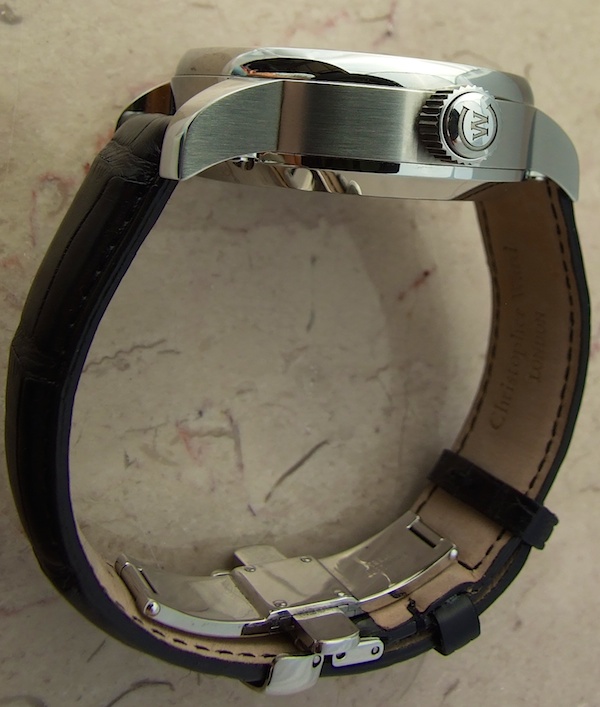 That also shows the nicely made signed crown (7.85mm) and double deployant clasp. The strap is genuine alligator, available in black or brown. Lugs are 20mm, so lots of strap options. The brushed middle section is really wonderful, I quite like it and the quality of the finish is excellent. 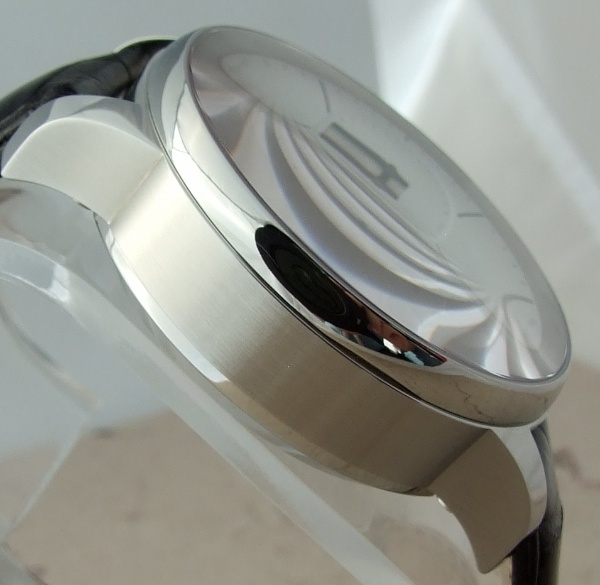 The crystal is domed sapphire, which you expect at this price point. 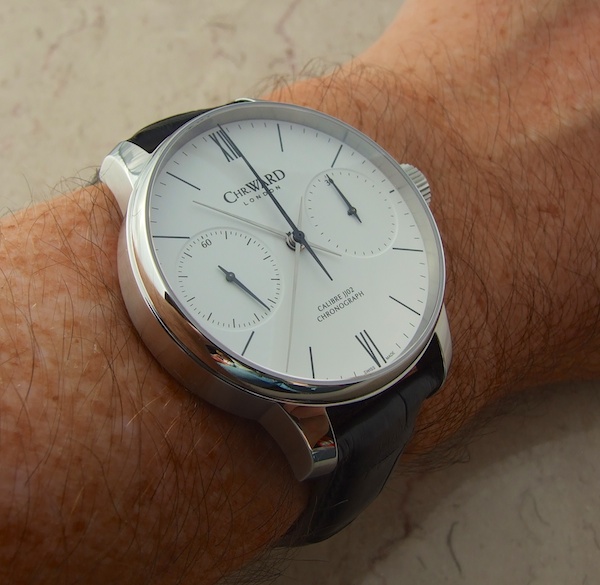 On the wrist it’s a mixed bag. I love love love the clean dial and elegant Roman numerals at six and twelve, but the height is excessive for a dress watch. 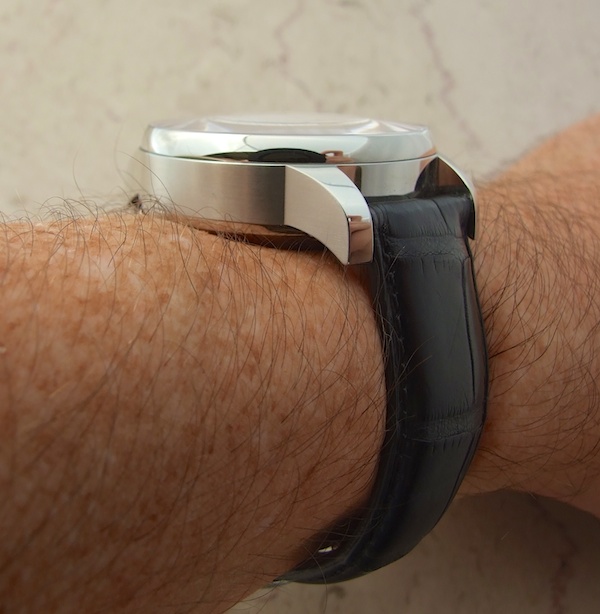 CW did a good job of making it livable via the rounded profile, but it’s thick. On the plus side, it’ll get noticed, and then you can show them that dazzling movement. 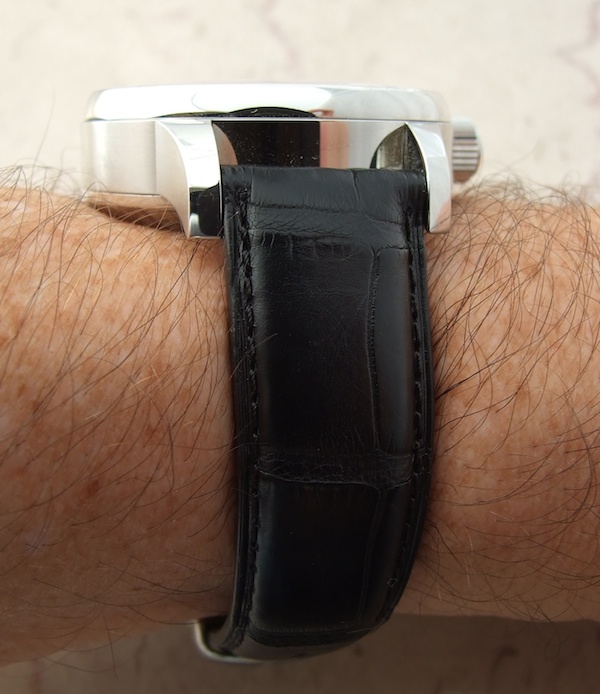 Sure is nice to look at though. 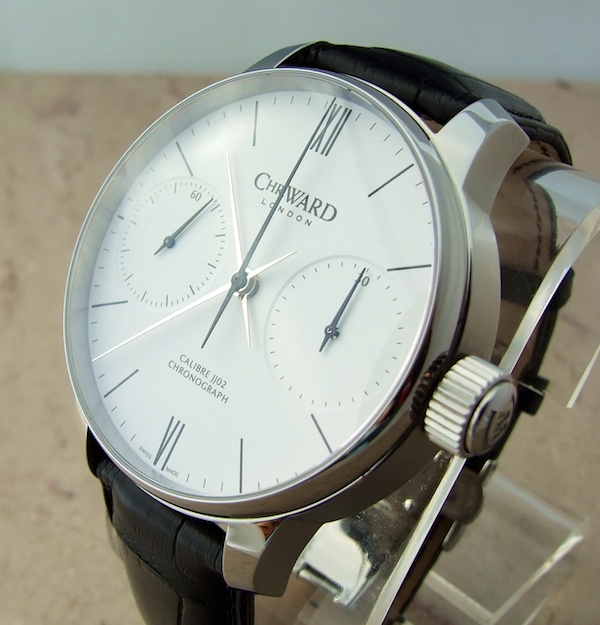 The hour and minute hands are super thin and a bit hard to see. I like the color contrast between them and the chronograph hands, but the legibility suffers a bit as a result. No lume, purely a dress watch design.

The box and presentation are vey nice: 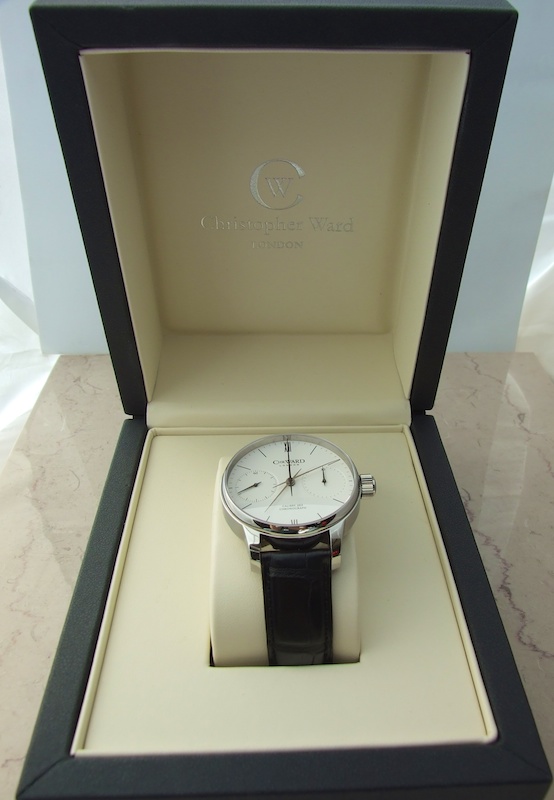 Handwinding is one of the pleasures of being a watch person. Nice and smooth, with the definite stop characteristic of a pocketwatch. Similarly, the monopusher is smooth and definite, with hands snapping back to zero. The symmetric dial design is impeccable, and that awesome monopusher kinda lets you sneak a sport watch into a dress watch design. Hold it up to your ear for trip back in time; nice loud and slow tick-tock. Very tactile.

The C900, which merits its own backstory page, is a limited run of 250. I expect that Christopher Ward is ramping up their movement expertise and adding these high-end LE models to simultaneously boost the prestige of the brand. As such, it’s kind of an impractical watch for daily wear unless you like ’em tall or really want a monopusher in your collection.

The list price on the Christopher Ward C900 is £2,450, or £2,041 non-EC without the VAT. For that you get a Swiss-made mono pusher, personally assembled by Johannes Jahnke. In other words, it’s a screaming deal indeed. I’d surely love to open that box on Christmas!

Necessary data:
Brand Christopher Ward
Model C900-SWKR
Price2,450UKP, 2,041UKP non-EU
Would reviewer wear it On special occasions, but not daily.
Friend we’d recommend it to first Anyone who can appreciate a mono pusher for less than the price of a car.
Worst characteristic Case thickness
Best characteristic Affordability for a high-end complication.