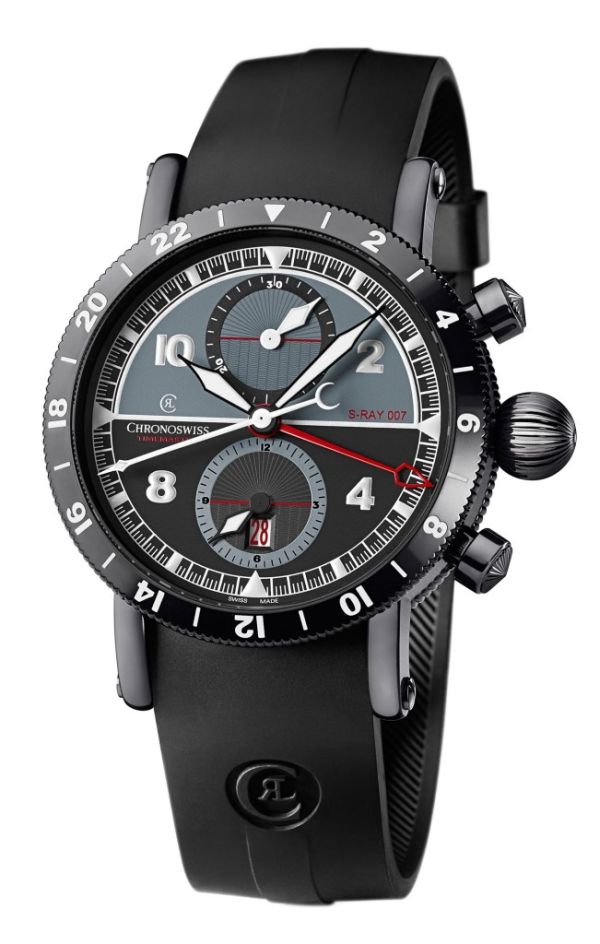 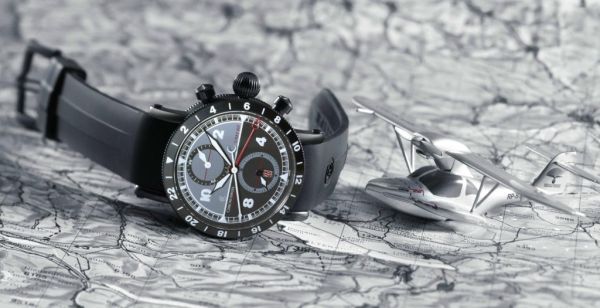 Chronoswiss is likely a brand that doesn’t need much introduction, even though we don’t hear much about them.  I’ve reviewed some of their collection in the past, and they are well thought out pieces with impeccable construction and high-quality materials.  Their latest model, a special edition to commemorate a trans-global adventure, follows that same path.

This new model in question is the Timemaster Chrono GMT S-Ray 007 (product page), created especially for Iren Dornier, a pilot and adventurer who’s embarking on an around-the-world trip in an amphibious plane to raise awareness (and funds) for a charitable project.  While much of the Timemaster line already hews closely to a vintage aviation aesthetic, the input of Dornier has created a model that looks to draw even more inspiration from aviation.

For starters, the dial was designed to resemble an artificial horizon, with a midline separating the gray and black halves of the dial.  This is set within a 44mm (16.5mm thick) DLC-coated case, which further helps the dial stand out visually.  Pair that with the red accents (and GMT hand) and bright white lume-filled hands, and you have the recipe for an extremely readable watch – even for all of the functions built-in courtesy of the movement.

That movement is a Caliber C.754 automatic (based off of the ETA 7750), which itself offers a 46 hour power reserve, a skeletonized rotor, and decorative finishes including polishing, Perlage, and Côtes de Genève.  This movement enables the watch to have three of the most useful (in my opinion) complications, which are a date display, true GMT tracking, and a chronograph. 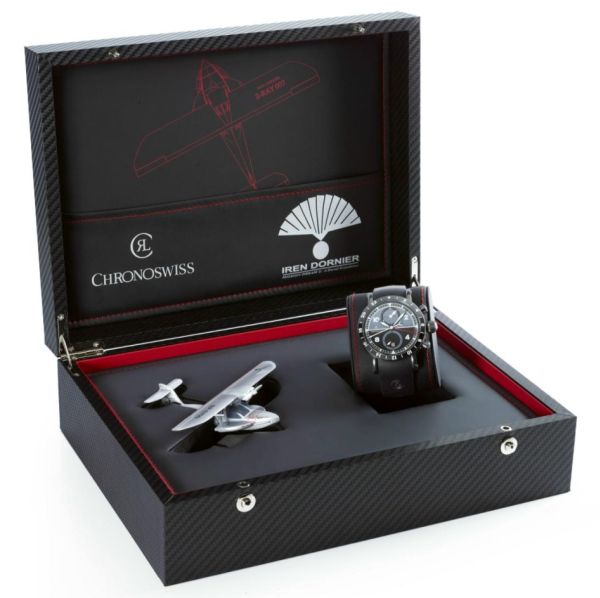 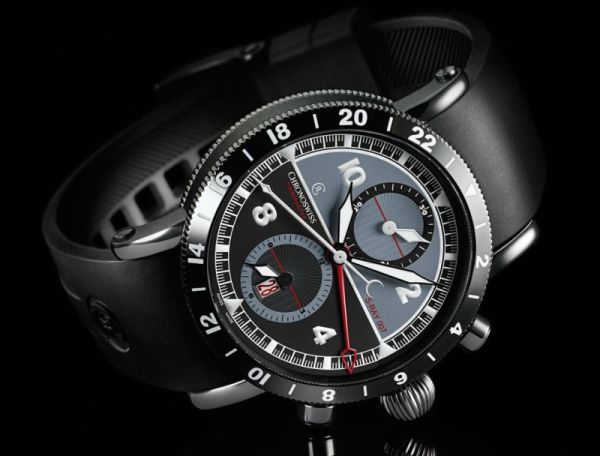 Another interesting variation is found on the strap.  While a rubber strap (complete with DLC-coated steel tang buckle) on a sporty model such as this isn’t anything new, how it’s mounted to the case does indeed appear to be of interest.  While the PR text of “an innovative spring bar that connects directly to the case” isn’t the most descriptive, the pictures paint a fuller idea.  In essence, while it looks like you have a traditional drilled lug, the rubber strap runs fully to the case, without gap.  Just something that gives a more refined look to the piece.

I haven’t been able to track down any information regarding pricing, but given that this is a 180 piece limited edition, and the fact that others in this family start just under $6,500, it’s a safe bet that this special edition will land in the four- to five-figure range (though you do get an amphibious plane model along with your display case).  A watch for everyone?  Likely not.  It is, however, a great example of clean utility put together with a handful of useful (as in a daily basis) functions, and something you could use as a design to weigh other models against.  chronoswiss.com