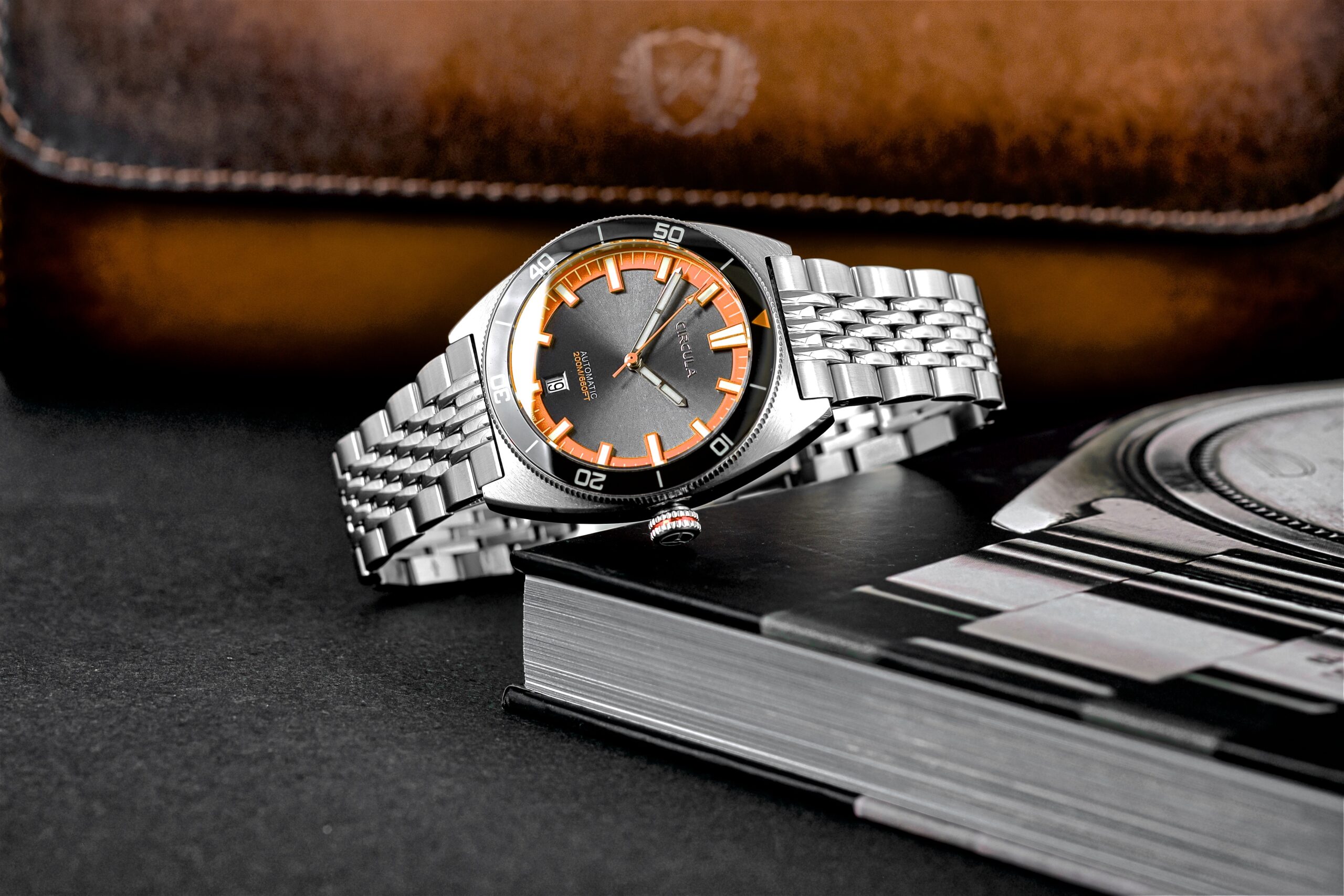 18 Comments
by SponsoredPost
Sponsored post presented on aBlogtoWatch by advertiser

The story of the Circula watch brand begins with the Huber family in Pforzheim, Germany in 1955. Throughout the mid to late 20th century, the brand developed a variety of watch styles. Their models included dress watches, chronographs, and skin divers. In the early 2000s, there was little activity around the brand. The family focused on other aspects of their watch business, but watches were obviously in their blood. Because of this, the grandson of the founder, Cornelius Huber, grew up with a passion for watches. After receiving an original Circula watch from 1955 as a wedding gift, he committed himself to revive the brand.

Through a 2017 Kickstarter campaign, he was able to launch the brand’s first retro-inspired model. Since then Circula has continued to add models to its catalog, some of which even used NOS German P.U.W hand-wound movements also from Pforzheim. One of its newer models is the brand’s AquaSport dive watch. The watch is styled after the brand’s original skin diver seen below on the left. As you can see, the new watch on the right straddles the line between vintage and modern. It carries the shape and overall look of the original but uses modern colors, materials, and movements. 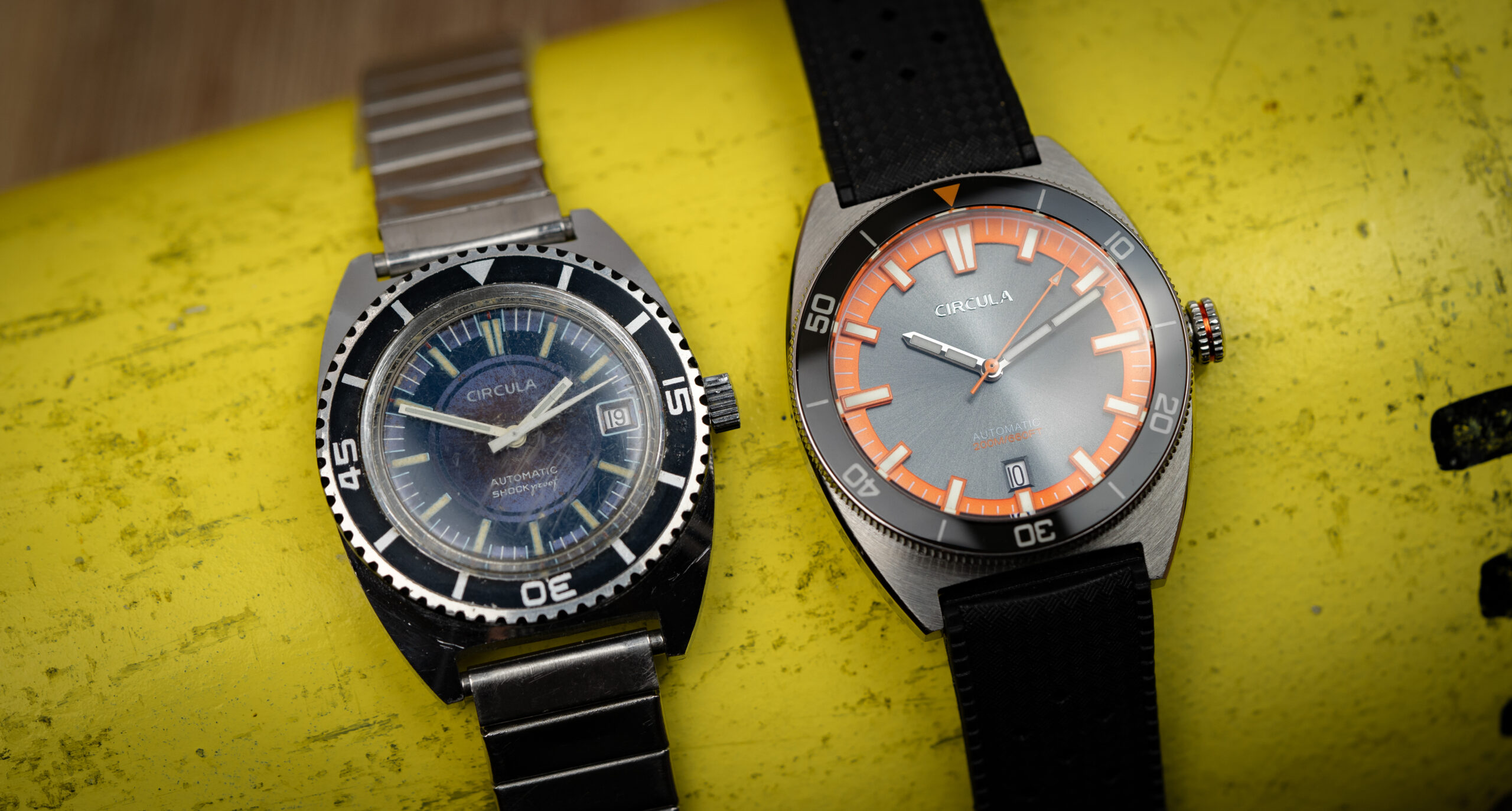 It might be enlarged for the 21st century, but at 39mm in diameter, it is still svelte enough to be mistaken for vintage. The short lugs mean that the lug-to-lug distance is also a compact 46mm. Lug width is 20mm, meaning that all of your favorite straps can be swapped onto the AquaSport. As watches seem to be trending smaller again, the AquaSport should be just the right size for many watch enthusiasts. 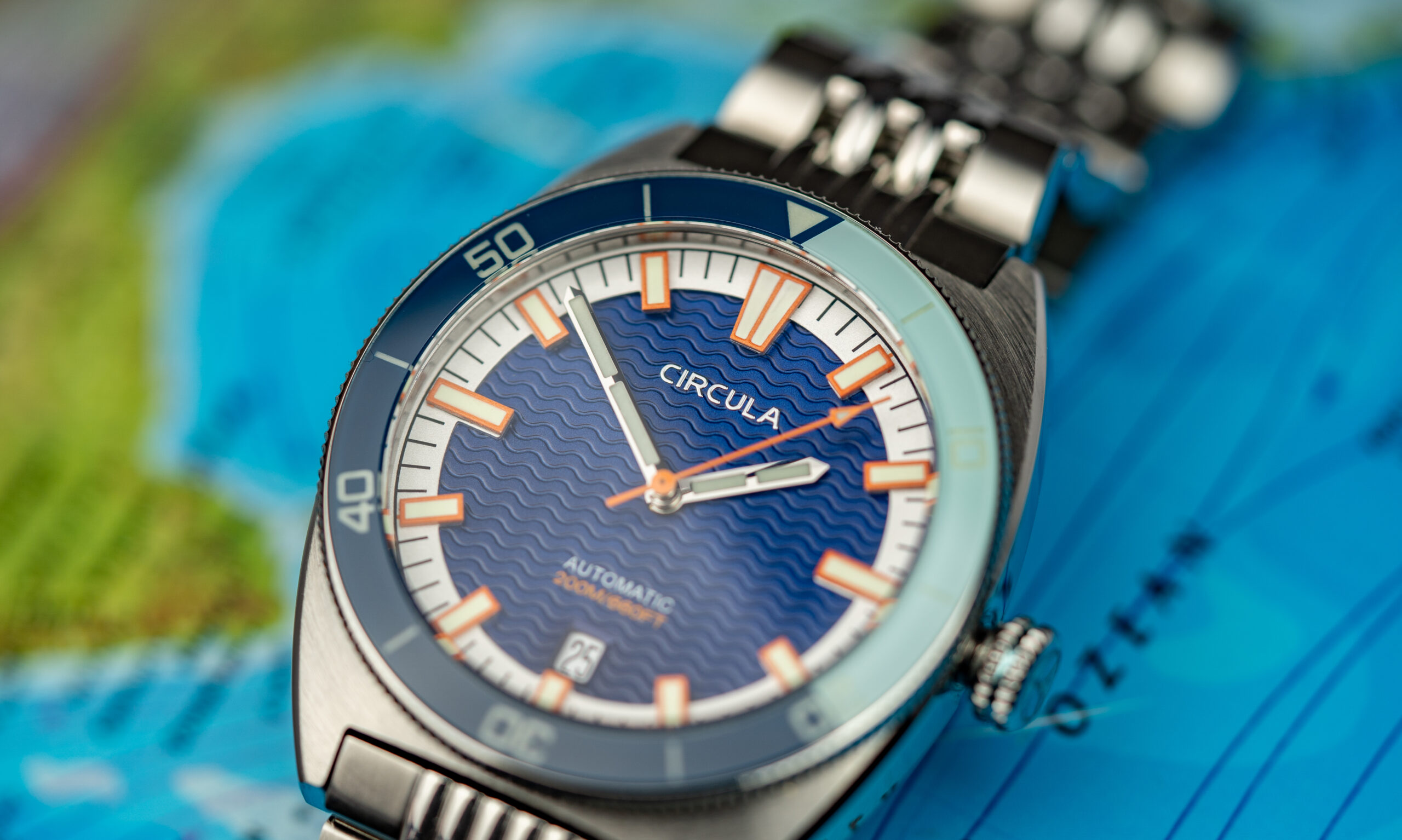 To help develop the AquaSport line of watches, Circula called upon members of a popular German watch forum. Over the course of five months, participants provided over 600 contributions to help ensure that the AquaSport met the demands that enthusiasts have for a dive watch. The result is a line of watches with a variety of compelling options seen here. This type of involvement shows a sense of community that the brand has with its fans. 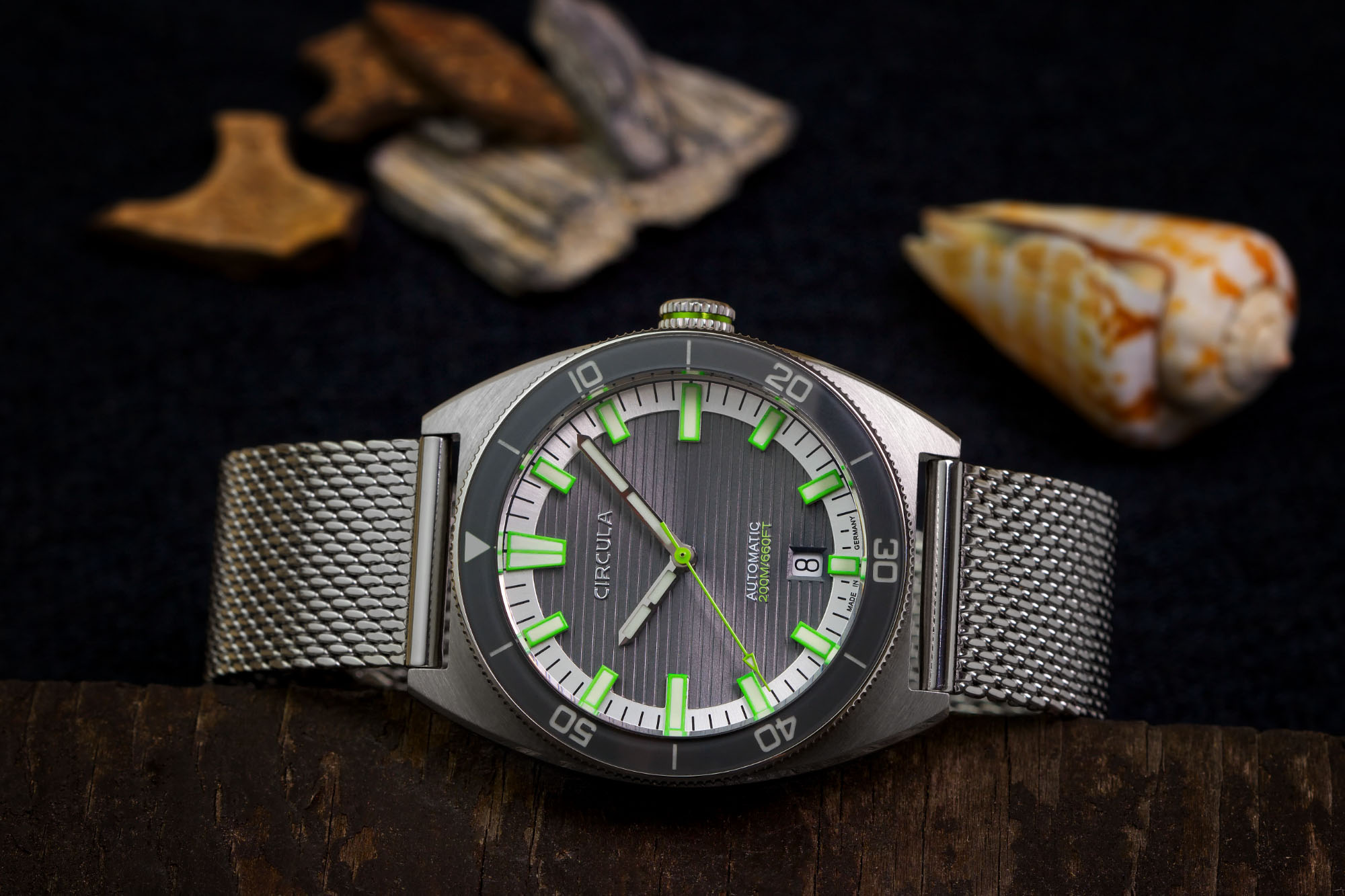 The barrel-shaped case features integrated lugs and no crown guards as does the original. Polished edges separate the brushed top surfaces from the also brushed sides, giving the watch a crisp look. Circula also uses stick hands and hour markers similar to its early skin diver. Buyers can choose between tropic-style rubber, mesh, or beads of rice bracelets with fitted end-links, all giving a vintage look. The screw-down case-back on the AquaSport also received special attention.  A diver motif is engraved on the back, along with important information about the watch. The circumference of the case-back then references the movement and watch manufacturing locations, as well as 200m water resistance. 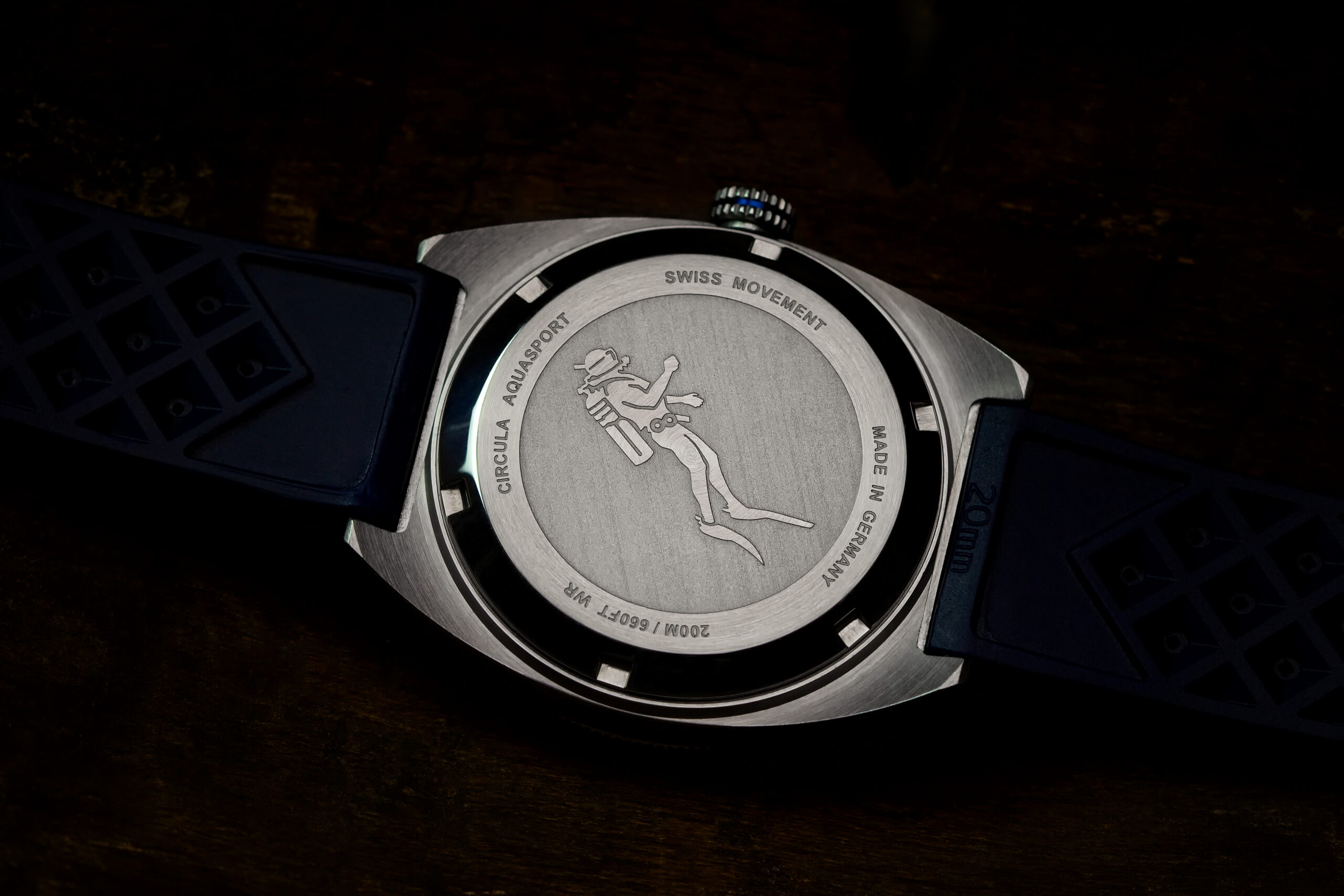 Modern specifications come in with the use of sapphire for domed crystals and bezel inserts. The dials feature four choices of bright colors and multi-layered or sunburst patterns. The combinations of bright green, orange, and shades of blue combined with gray or blue dials make the combinations fun and refreshing. The crowns also feature concentric rings to match the bezel accents. The brand applies modern green C3 for the hands and hour markers, and blue BGW9 Swiss Super-LumiNova for the lume under the sapphire bezels. Day and night, all versions are extremely legible. The blue two-tone lumed bezel version is especially attractive after dark. 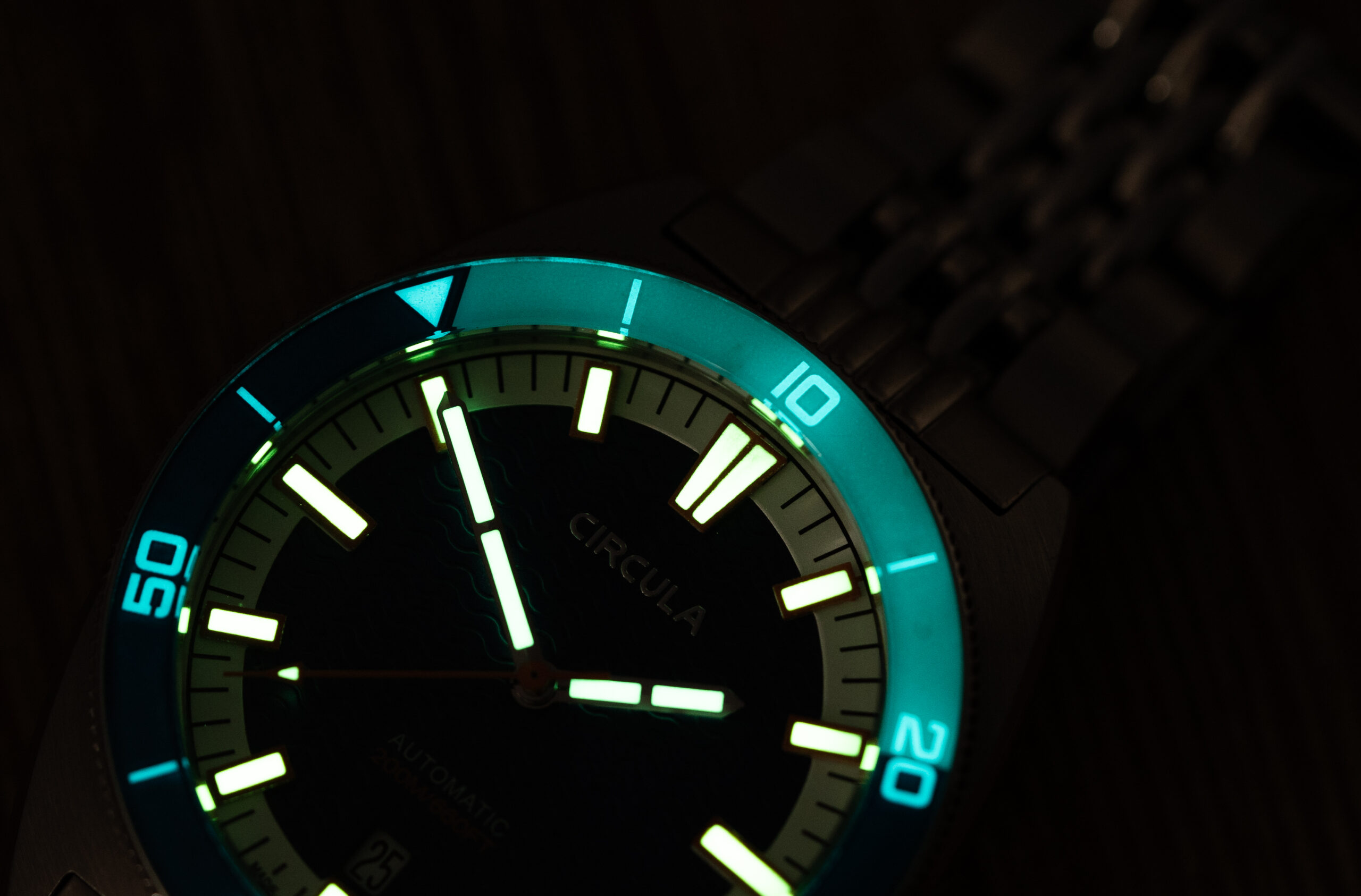 Buyers of Circula AquaSport watches can choose among three levels of Swiss movements. The entry-level versions have STP 1-11 movements. They then move up to those with an ETA 2824 applied (both of which are regulated in Pforzheim) and finally top out with chronometer-grade Sellita SW200-1 models. Each of those movements is available with any of the four dial colors and strap or bracelet options (chronometer versions include a strap and bracelet). The choice of movements allows buyers who simply want a well-made timepiece to have a more affordable option but should also satisfy buyers with a larger budget who want a movement with a bit more caché. Even though Swiss movements might be used throughout the AquaSport line, all Circula watches are designed, developed, and assembled in Germany. The result is that they carry the “Made in Germany” label on the dial. 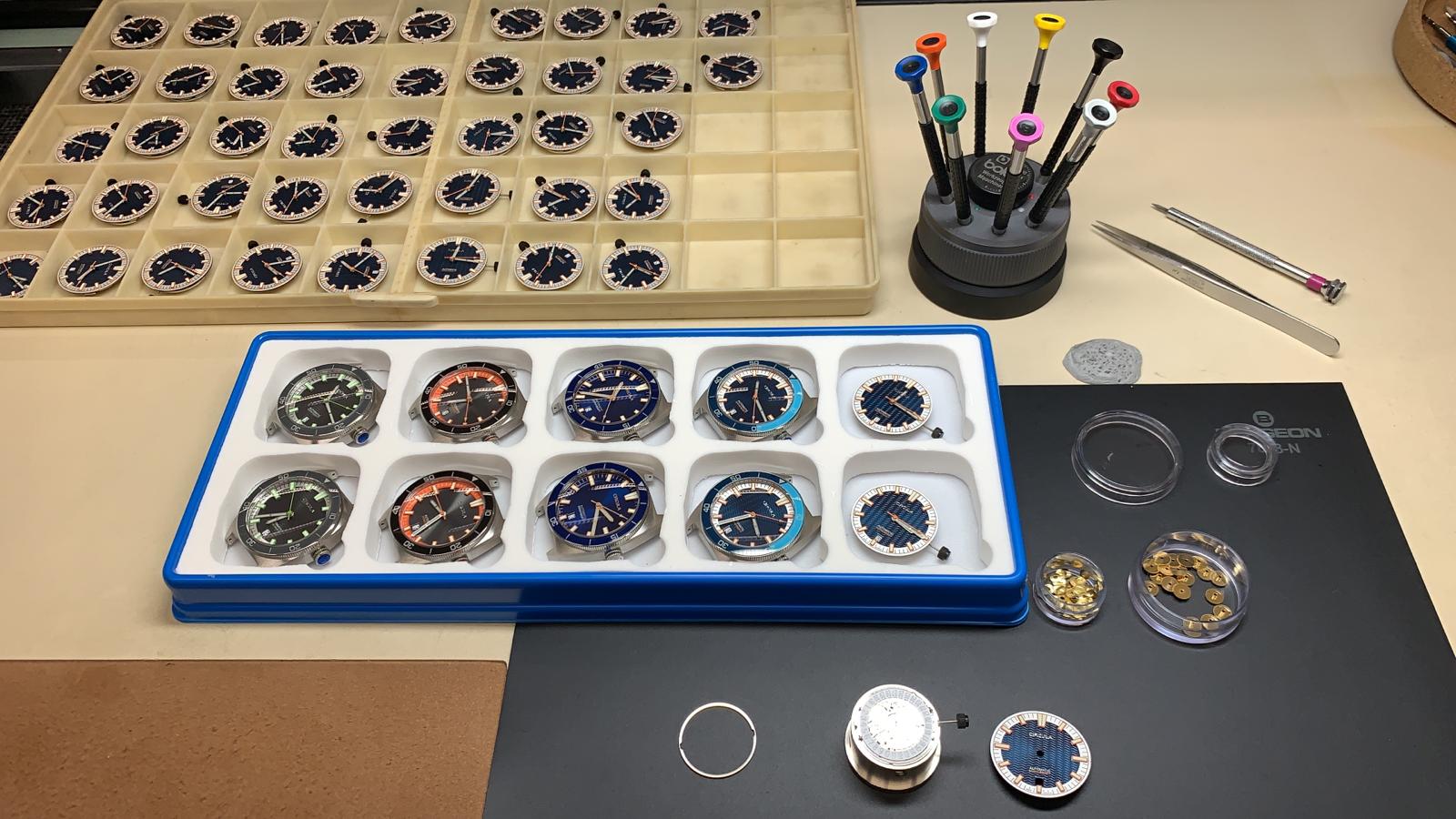 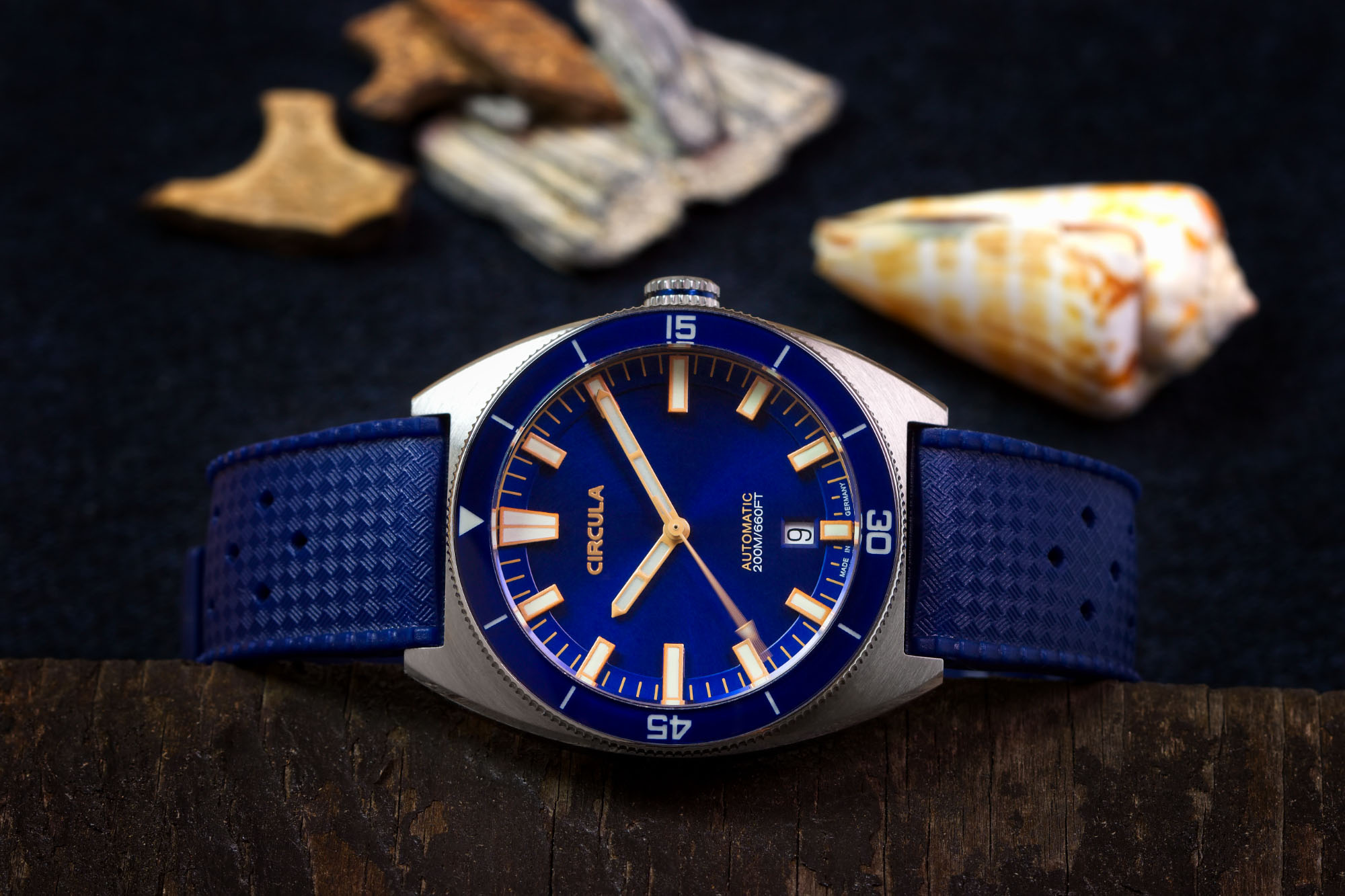 It might not feel like it right now, but summer will be here before you know it. A brightly-colored retro dive watch like the AquaSport could be the perfect thing to wear while out on a boat or while taking in some sun by the pool. Prices for the Circula AquaSport start at roughly $499 USD and reach about $800 USD for versions with a chronometer-grade movement. For more information on the AquaSport, and the rest of Circula’s lineup, visit the brand’s website.