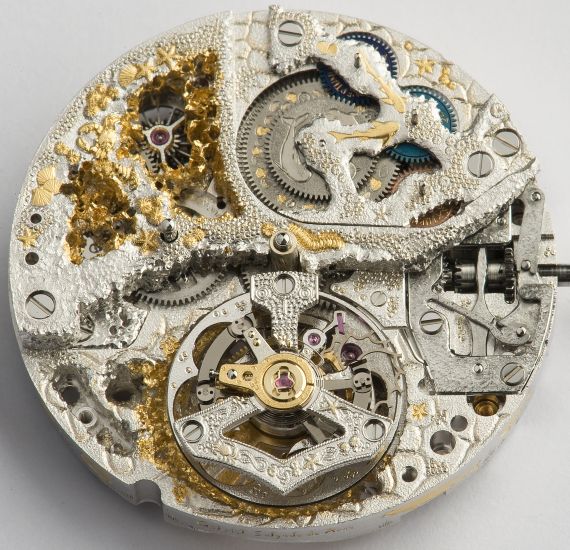 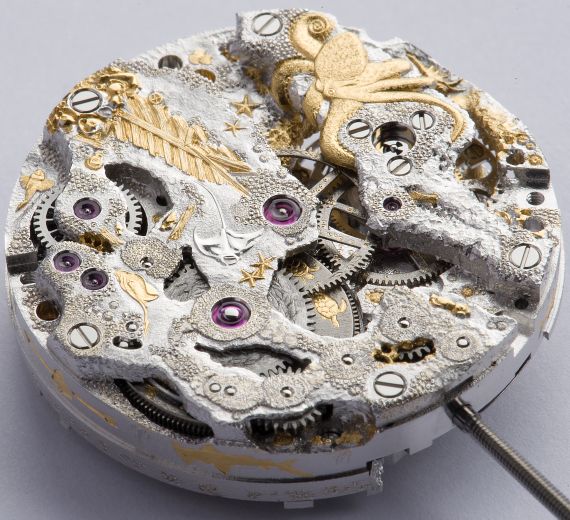 I think that just posting the images of this special one-off watch probably says enough. What else can I say? An intensely decorated movement made to look like an underwater scene. Not just that, but the actually movement itself is made to look like the sea floor. Simply amazing. The best part is that this is not just some concept or a piece of art. This will be placed in a real working watch. But probably just one. This movement is called the ImmenSEAty (clever right) and was created by young watchmaker Gabriel Salgado de Arce. 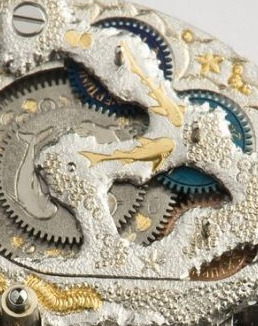 This watch was part of a project at the Confrerie Horlogere, which is a new arm of BNB Concept. I don’t know a lot about this new part of BNB Concept. Their website is still new and wasn’t totally live the last time I checked. It has something to do with young watchmakers, though the video below tells you more. The early output from the Confrerie Horlogere has been impressive though, but this ocean themed movement is my favorite. One of the most amazing aspects of the movement is the level of micro detail. Almost every square millimeter is covered with engravings and decoration. Whether it is a small sea star or shark, you can’t help but pay close attention to each scene on the surface. I can’t wait to see what the front of the watch will look like. While it is hard to tell, the movement is a tourbillion with a few interesting complications. In addition to showing the time on Earth, the watch shows the time of three other planets; Uranus, Neptune, and Saturn. Of course these planets do not have 24 hour days, so the time is amended for them. I look forward to seeing how this is displayed. The watch also has a power reserve indicator and is (of course) manually wound. 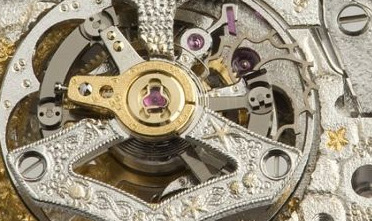 Something about the fact that the dial itself will show time on other planets leads me to believe it is possible that the face of the watch will not necessarily be benthic in theme. Perhaps the movement is considered the ocean, while the face is akin to the sky. We will have to wait for more images before coming to more conclusions about the watch. Here are some words from the watchmaker:

“When I look down I see the ocean depths. When I look up I see the expanse of the universe”, he says, referring to the parallel dimension of his art and character. The sea and the sky do in fact come together in “ImmenSEAty”. Its glare-proofed sapphire crystal reveals an expanse of sea as well as various unexpected indications. Along with the centrally positioned hours and minutes on Earth, the watch shows the time on Neptune, Uranus and Saturn on individual subdials arrayed on the upper part of the main dial. For the record, please note that a day on Saturn lasts 10.656 hours, on Uranus 17.24 hours and on Neptune 16.11 hours. ImmenSEAty” comes with a hand-wound mechanical movement that provides five days of power reserve. It features a flying tourbillon, i.e. one with suspended carriage, at 6 o’clock, that includes a Swiss lever escapement and a construction allowing the carriage to rotate in exactly one minute without resorting to ball bearings. The watch’s power reserve is read off a 120° sectoral indicator positioned between 8 and 9 o’clock on the dial.” 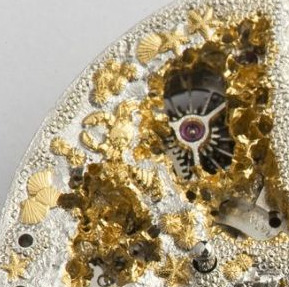 One of the cooler things to realize is what comes with the watch. First, the watch has a lifetime warrant (oh trust me, you’ll pay for it). Second, the watch box is a full fledged display case. It even comes with a digital camera which is able to capture macro images of the movement’s small details and project them on a built in screen! Pretty cool. Also, like all watches from the Confrerie de Horlogere, it is 100% Swiss made (parts and labor). Not sure what the cost is for this one of kind wunder-watch, but I am sure it is already sold. I will add pics of the watch itself as they become available.