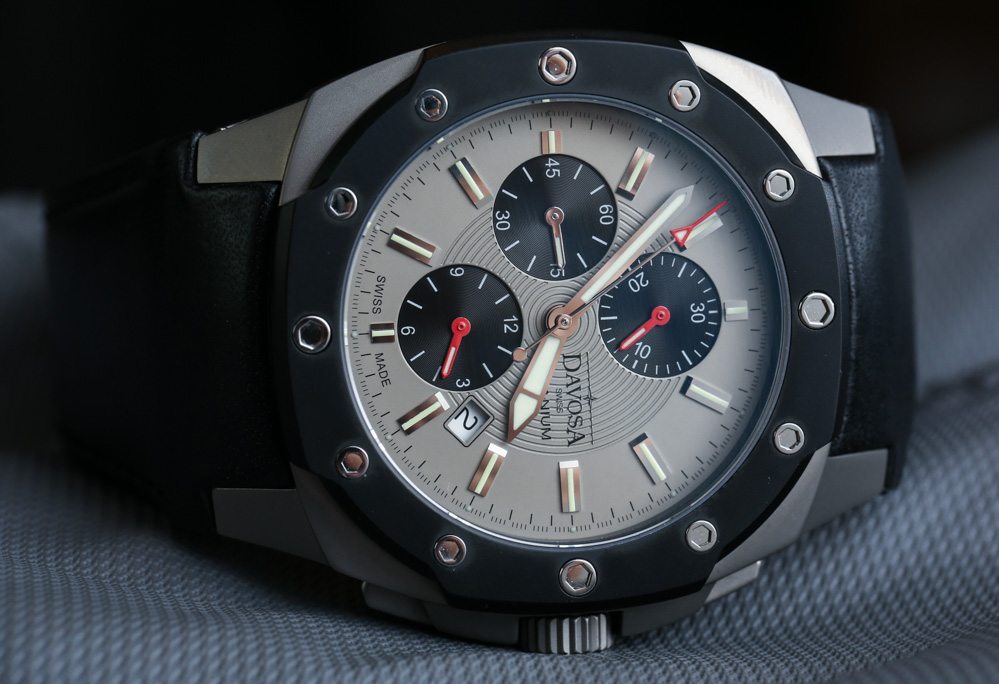 Davosa is a Swiss/German watch maker whose main modus operandi is to use Swiss movements with good quality “homage” watch designs meant to satisfy the needs of watch lovers looking for particular styles but not wanting to pay the higher prices of most Swiss watch brands. There are other companies like Davosa out there, and honestly, there are a lot of good things to say about them. My first mechanical watch ever was from a company called Marcello C. which operates in a similar way. While you do get watches with “derivative” designs, you often have extremely impressive quality at what is often an exceptionally fair price. Early experiences with brands such as Davosa allowed me to gain a generally high esteem for most German watch companies. 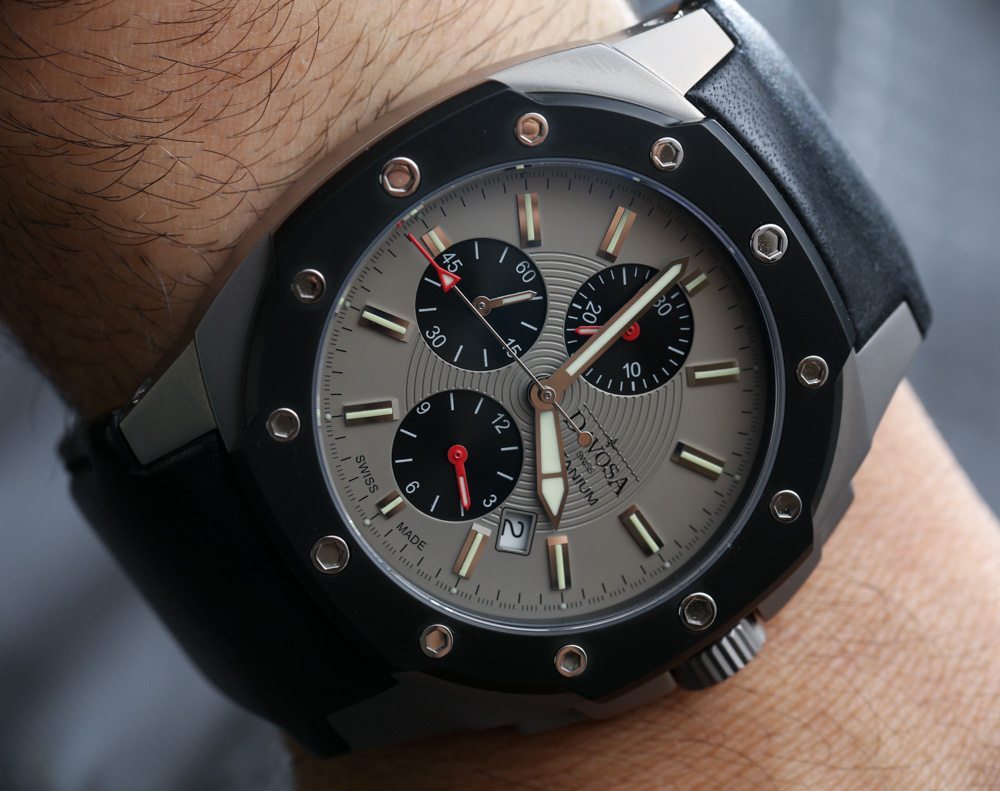 The downside, of course, is originality. These brands aren’t totally devoid of originality, by any means, but the majority of their watches tend to be clearly inspired by something “popular from a big-name company.” On top of that, Davosa’s watch names lack character. This interesting timepiece is just called the “Titanium Chronograph.” Other model names include the Business Pilot Chronograph, Classic Automatic, World Traveller Chronograph, Gentleman Automatic, and the like. Not all of their names are merely descriptive in that manner, but many of them are.

So what you get with a brand like Davosa is value and quality, but what you give up is originality and a degree of personality. That’s not a bad thing per se, but it helps put the brand into perspective and assists the right people in getting one. For example, Davosa has their own branded Rolex Submariner homage. Is it just like the Rolex Submariner? No. It is a Rolex Submariner exact copy? No. It is more or less similar to the Rolex Submariner with a Swiss movement, ceramic bezel, and similar style for a fraction of the price? Yes. I would still rather have the Rolex, but the Davosa Ternos Ceramic Automatic (the name of the Submariner homage) is priced at 798 euros (just over $900 at the exchange rate at the time of writing this). 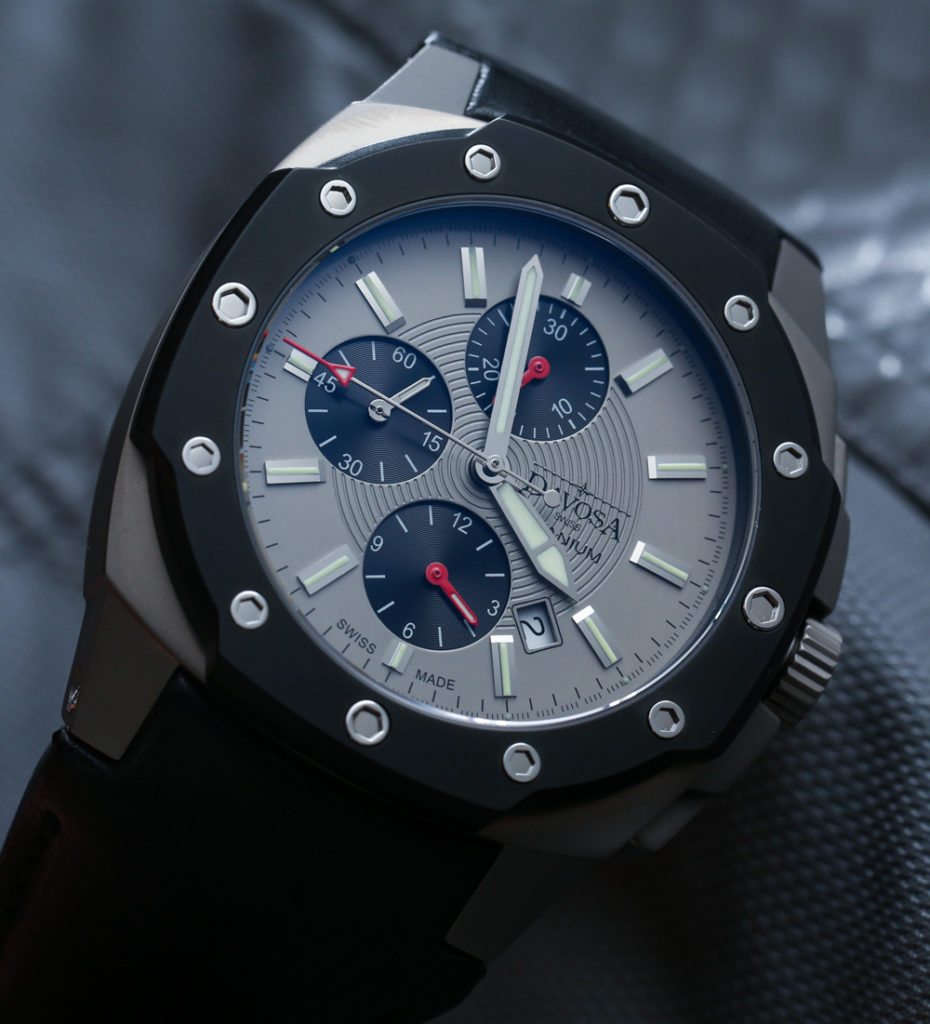 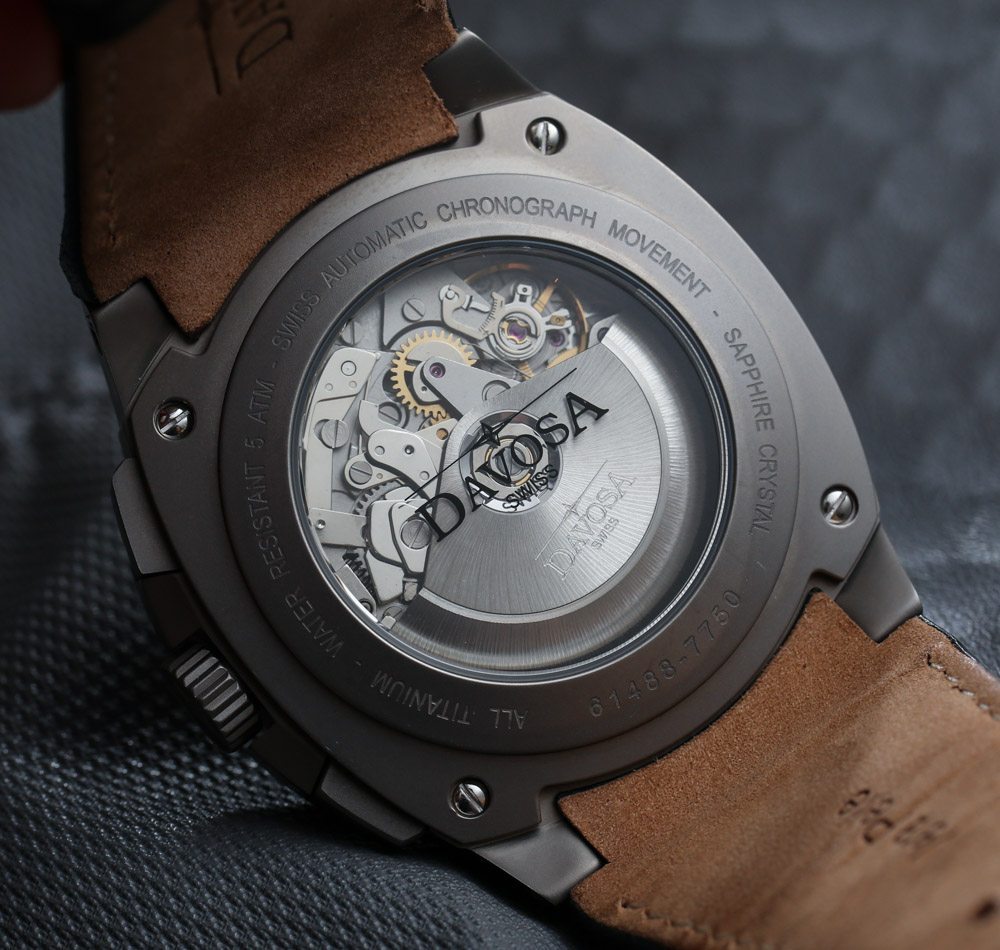 Anyhow, that’s just a bit about the brand itself. Davosa is excellent for “watch beginners” trying to find their preferred style and those who are simply on a budget by necessity. I’ve seen other stuff at this price point, and you could do far, far worse than Davosa. Honestly, the quality of their stuff is actually quite impressive. What I like the most about their watches is how they use the materials and manufacturing techniques available to them in some of the best possible ways. You can immediately tell, at least in the case of the modern Davosa watches I’ve seen, that the company is really trying to do their best when it comes to fit, finish, and details – again, especially at these price points. 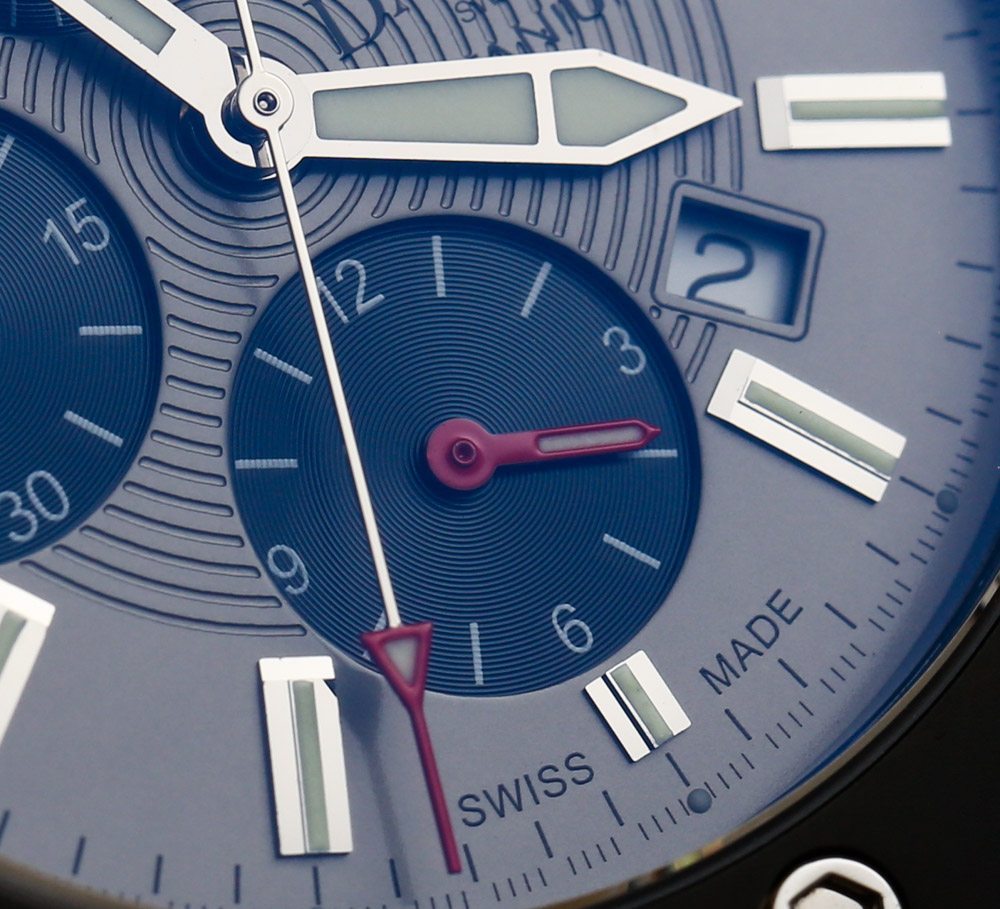 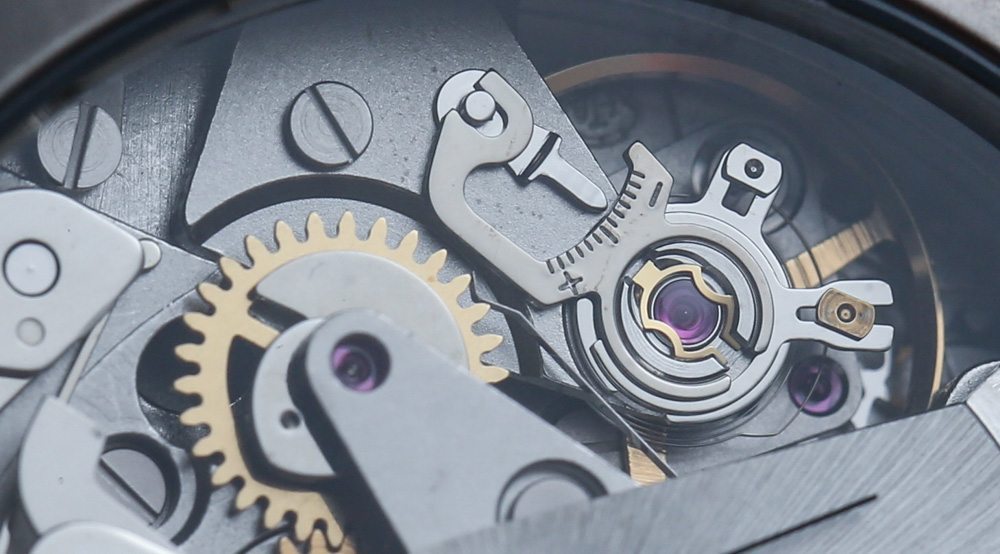 So after all I have said about a lack of originality I’d like to review what is among their more original designs, despite the amusingly straightforward “Titanium Chronograph” name of this series. Here, Davosa tries their arm at creating a Davosa version of the Audemars Piguet Royal Oak Offshore. No, it isn’t exactly a copy, and there are other design elements that you might find familiar, but this is the brand’s “large-sized sports chronograph.” 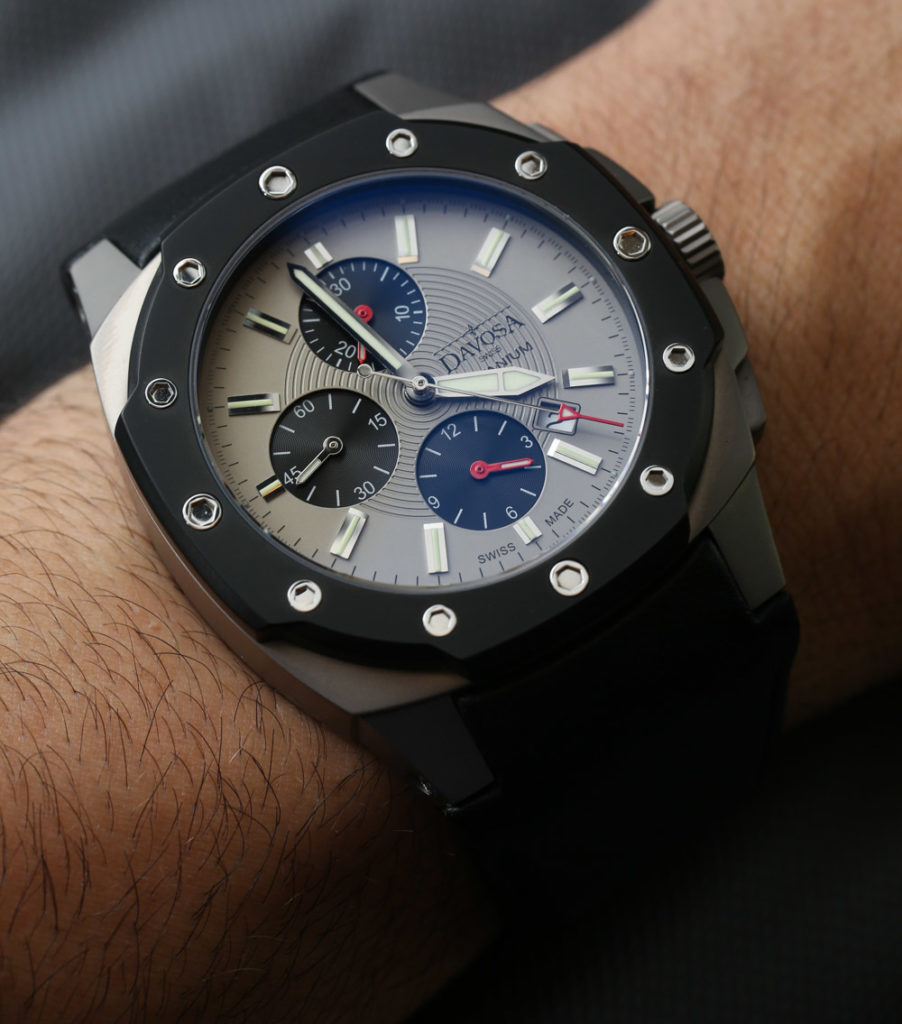 Out of the box, I wasn’t sure what to make of the Davosa Titanium Chronograph, but once I put it on my wrist, it started to make a serious case for itself. Titanium case, legible multi-layer dial, no “stock supplier parts” (well, maybe the hands, but just a little), and a price tag of under $2,000 (at current exchange rates). In the most basic of senses, Davosa satisfies their promise of offering a decent watch at a really fair price, so you really can’t complain much on that level.

One of the things you expect to find with “Swiss chronographs” under $2,000 is a lot of places where corners are cut. That’s just a reality of the situation when it comes to these “lower” prices for a mechanical chronograph timepiece. So where is Davosa cutting corners? Surprisingly not in that many places. The watch already has a huge number of custom elements for the case. The strap alone is designed to only fit this watch and is a special size and shape. Davosa uses an AR-coated sapphire crystal over the dial, and the crown is screw-down. Sure, the water resistance is only 50 meters, but that is common when you have “original-looking” chronograph cases. 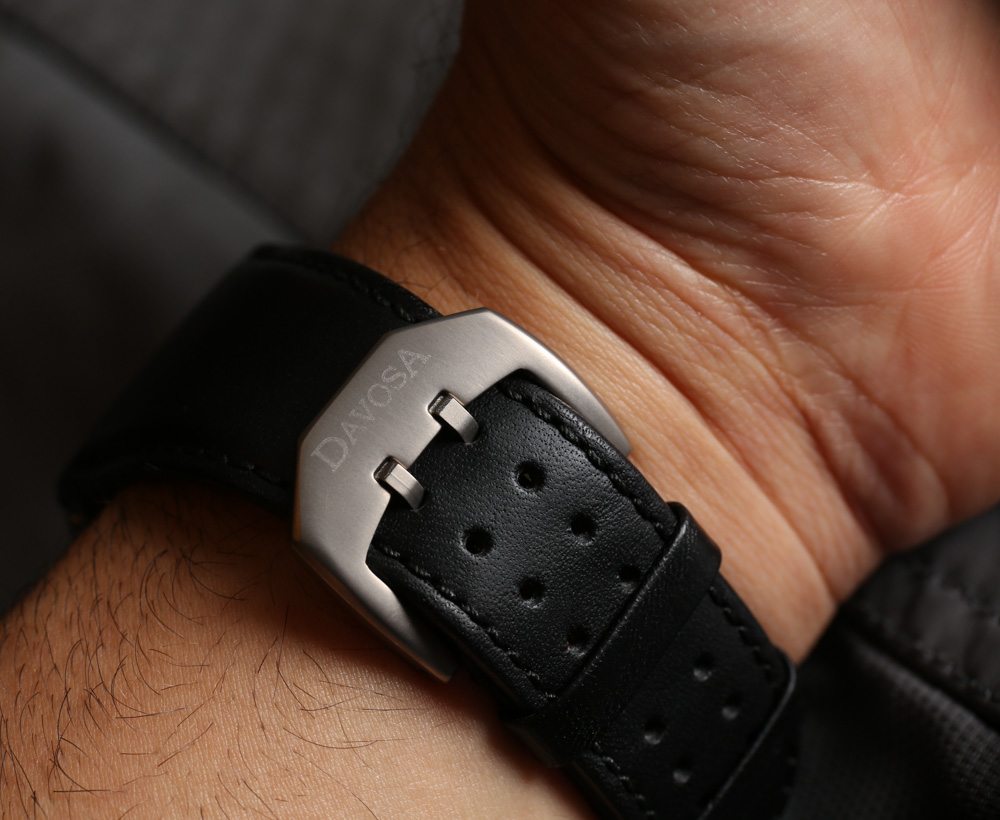 Even the design of the case with the chronograph pushers that sit flush with the crown is interesting. I say all this to explain that Davosa needed to invest in a lot of custom pieces for the Davosa Titanium Chronograph collection, and the price is still pretty fair. Putting it into perspective a bit, if you had a watch like this for an even moderately well-known Swiss watch maker, the price would jump by at least $1,000 – $2,000 more. 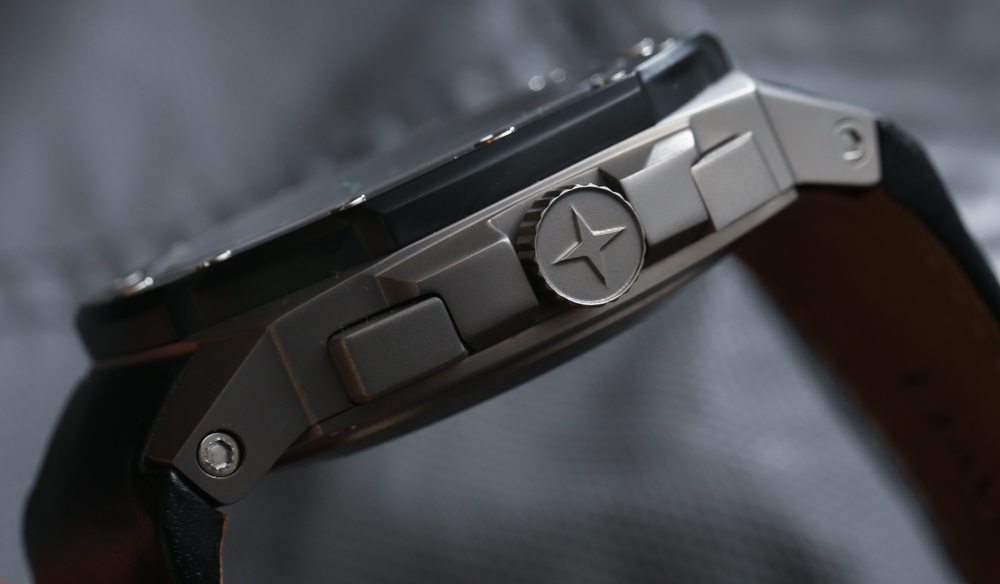 Davosa doesn’t use the most elaborately finished version of the Swiss ETA Valjoux 7750 automatic chronograph movement. Visible through the caseback window, the automatic movement does have a custom Davosa metal sticker with their label on the movement, but otherwise it is a pretty stock 7750 without any fancy decoration. I don’t really expect more for this price, and the 7750 with time, 12-hour chronograph, and calendar functions remains one of the most popular movements of today for good reason.