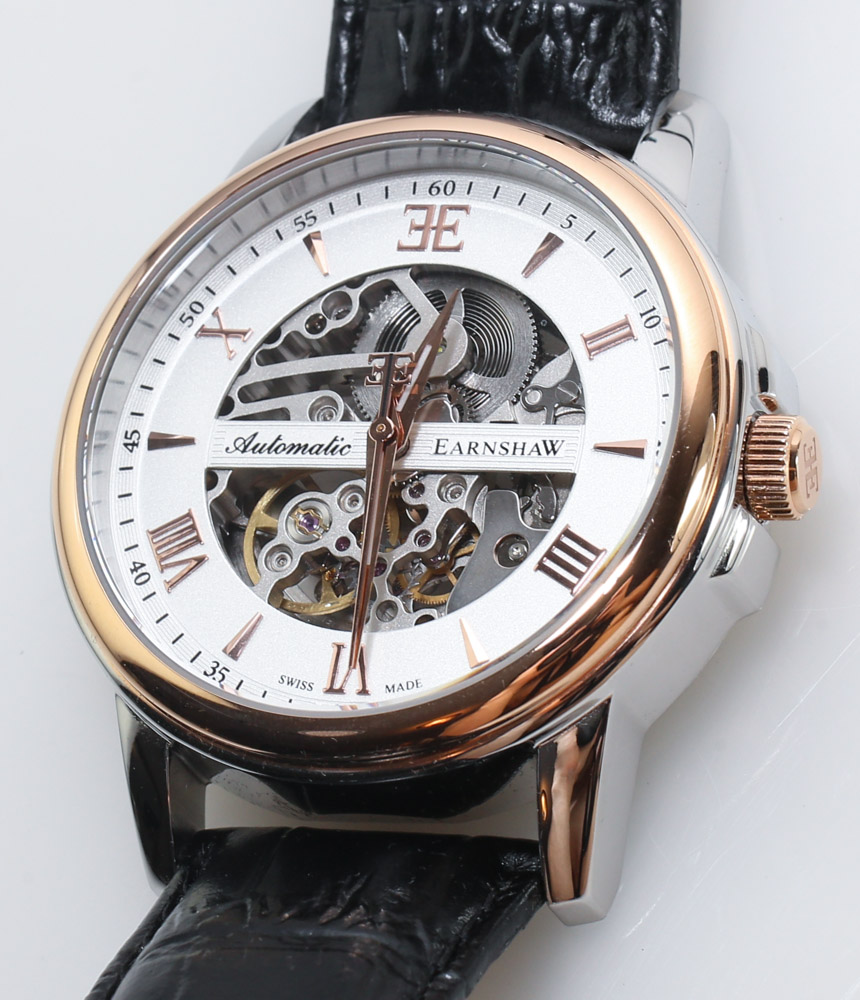 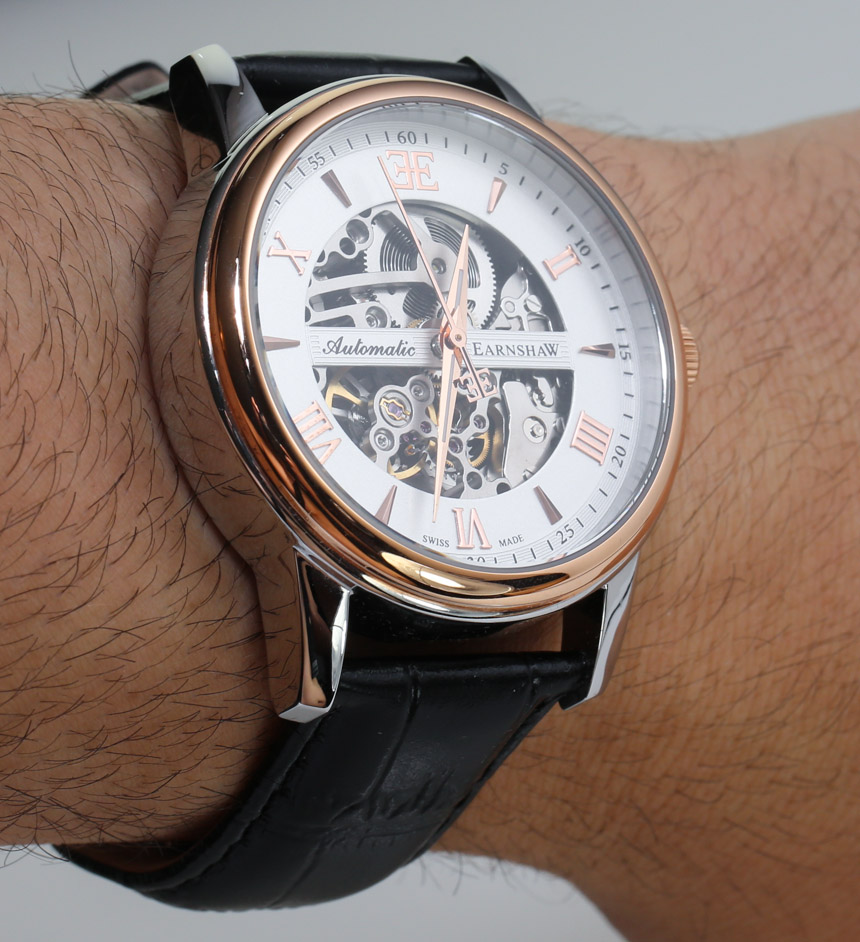 For watch lovers on a budget in search of a good looking skeletonized watch, Earnshaw offers up the Beagle. Yes, loyal and floppy-eared, the Beagle offers a Swiss Made movement and classic looks for about $500. Earnshaw as a brand is themed on the work of the great 18th century English horologist Thomas Earnshaw, who was said to have worked with John Arnold (of which the high-end brand Arnold & Son is based). Earnshaw as a brand today is Hong Kong-owned, producing a range of affordable mechanical timepieces, and Beagle actually refers to the ship, the HMS Beagle.

Let me right away discuss the normal speculation watch lovers have when it comes to inexpensive watches that claim to contain Swiss Made movements. In fact there are two such “Swiss” designations you may see on watch (for the most part). One is “Swiss Movt” (meaning Swiss movement) and the other is “Swiss Made.” The latter is a more thoroughly “Swiss” designation but of course not does not mean 100% made in Switzerland. I am not going to get into the complex rules of Swiss Made, but suffice it to say that it means a certain percentage of the movement’s value must come from Swiss made parts, elements of the case must be made in Switzerland, and I believe that a final inspection and perhaps casing must take place in Switzerland. 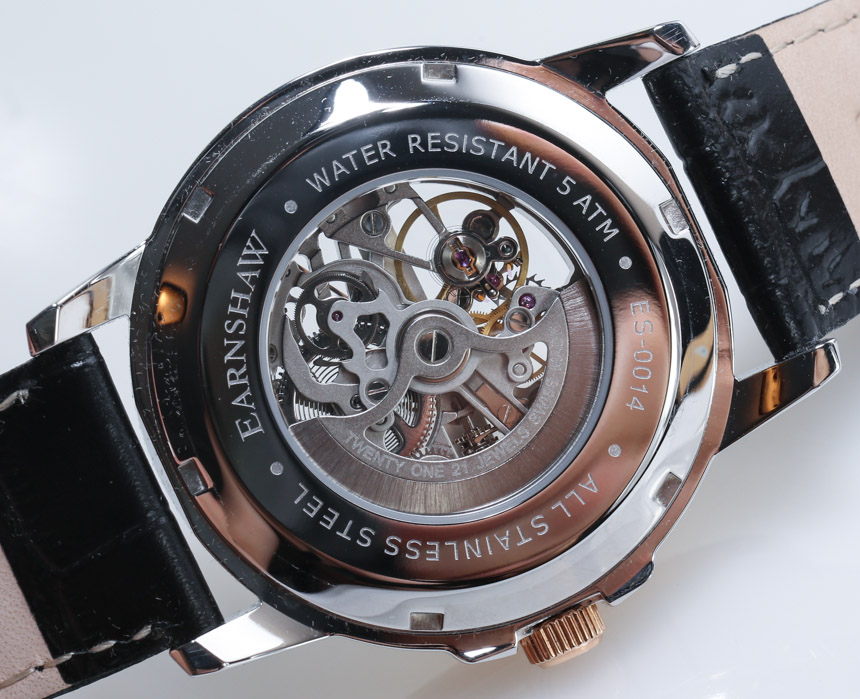 So going back to the Beagle – how Swiss Made is it? I don’t have all the details, but I wanted to get the the bottom of the movement. The movement is mechanical, an automatic, and skeletonized. For the price it looks pretty good. An answer from Earnshaw revealed that it is supplied by a Swiss company called Inter T SA. Their website is surprisingly straightforward. They indicate that they started as a result of ETA reducing supply of their movements and to help fill in the gap of Swiss Made watch movements. To make a long story short, the movements are technically Swiss Made. The necessary value is from Switzerland, and the rest of the parts likely come from China. And to be honest that isn’t very uncommon. Some of the more important parts such as the hairspring come from Switzerland.

Again for the money it isn’t bad at all. I’ve seen much worse movements in timepieces at this price, and most people wanting a cool skeletonized automatic movement will be quite happy with it. The level of skeletonization is impressive, but what I like is that wearing it doesn’t feel like a window to your arm hair. While you can technically see through the entire case, there is more than enough bridges, gears, and springs to look at which offer the main view as opposed to your manly wrist underneath. Note that the skeletonized mainspring barrel serves as a quasi power reserve indicator, because you can see how wound the mainspring is. 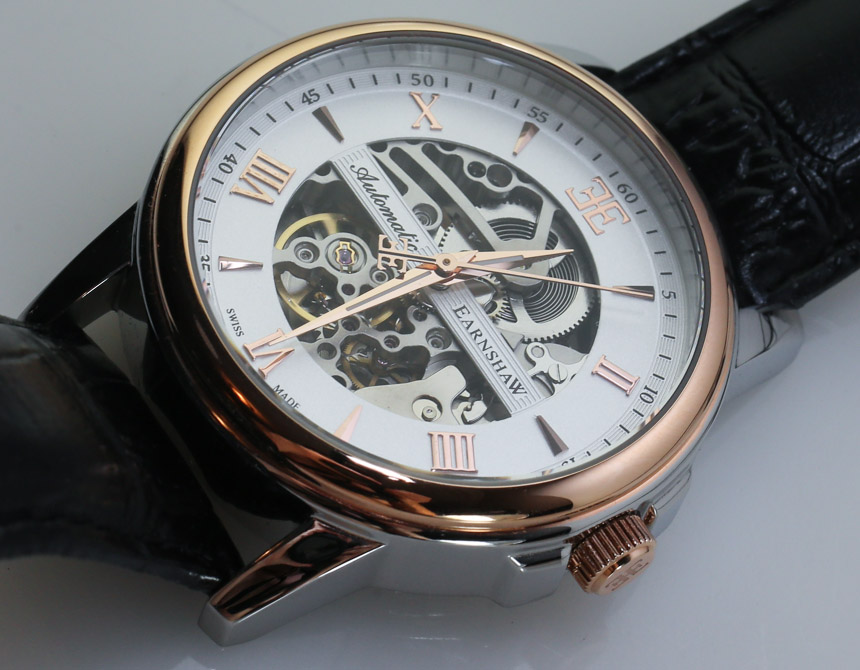