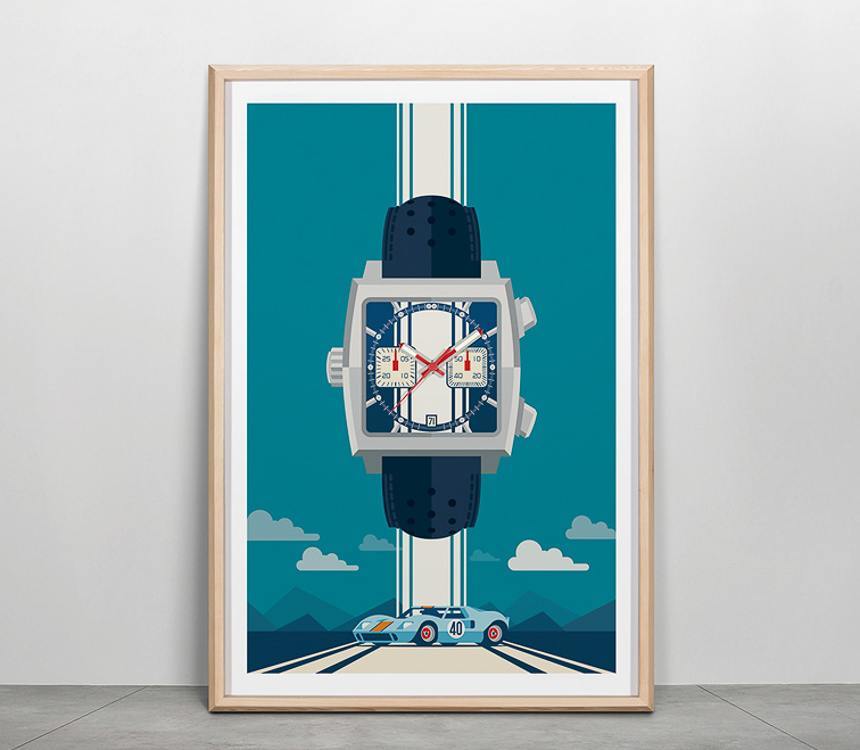 Korean artist and designer Eerune has recently come out with something interesting and a bit original. aBlogtoWatch interviewed Eerune back in 2014 here, speaking about his clever ability to recreate famous watches in vector form. Now Eerune has some limited edition prints that you can buy. At first glance, the posters are just that – framed prints that would look good in pretty much any room assuming watch lovers entered them once in a while. The bright colors and authentic sense of friendliness and fun is a quality that I feel is missing from a lot of the “horological art” out there. Moreover, I feel rather a lack of creativity from a lot of watch artists who simply try to emulate watches or create a still life with watches in their illustrations. Eerune takes it a step further by adding some needed creativity to the mix – but clearly from someone who knows and loves watches. None of this artwork is “officially okayed” by the brands, so you won’t find logos on the watches which are otherwise clearly identifiable for what they are. Prints like “Santos,” “Navitimer,” and “Dark Side Of The Moon” are all clearly based on popular models from Cartier, Breitling, and Omega. There is also a longer poster based on the phantom (all-black) version of the Bell & Ross BR01 which is cool… as well as “McQueen Monaco,” based on the TAG Heuer Monaco, which is one of my favorites. At 16.5 inches wide (for most of them), these aren’t huge but they do have a special trick which makes them much more interesting. Eerune actually created hands that fit and then placed them on a quartz Seiko clock mechanism so that these posters also tell the time. This is really one of the most interesting elements of the concept that I haven’t personally seen before, and I think it makes these watch poster-clocks really special and attractive.

Of course, the Eerune watch art poster-clocks aren’t going to be cheap, but I don’t think they are too much, given what the production cost of these posters likely is. Each of the five prints is limited to about 20 pieces, and the price is 1,200 AUD which is about $866. eerune.com/shop