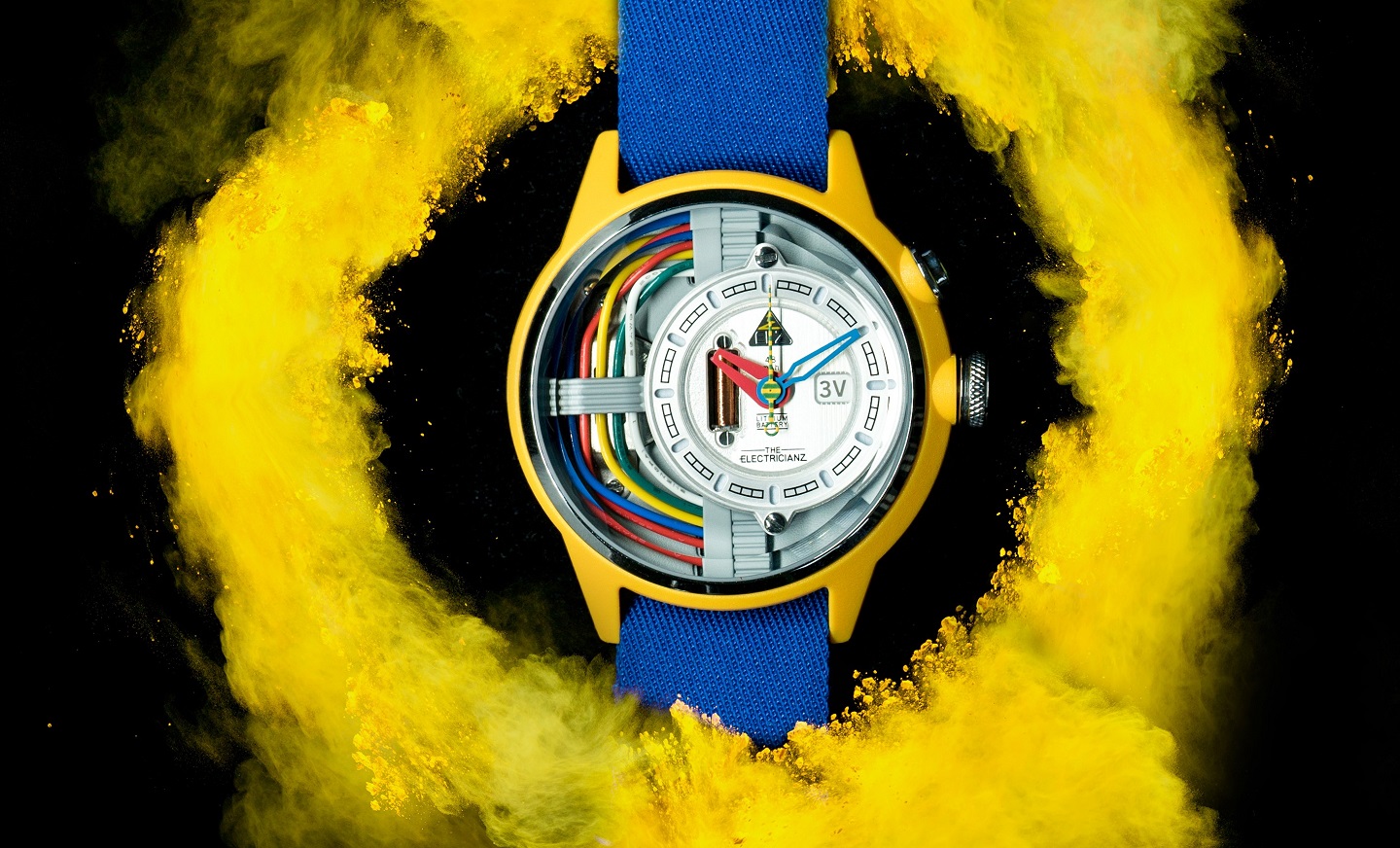 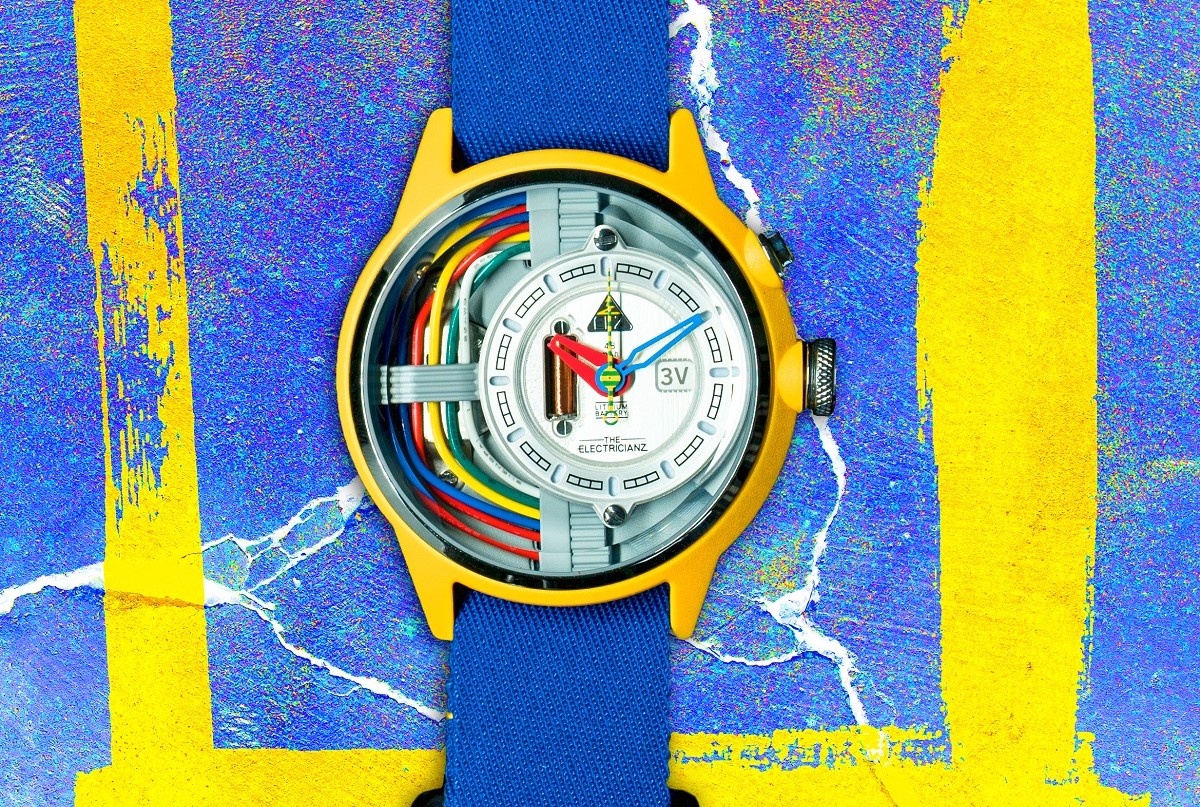 There are things in our lives that can evoke memories of a time, of a season, or of a particular phase in our lives. This could be the smell of something your grandmother cooked, a particular song on the radio, or, in at least one case, a watch. You see, when I first saw photos of the Electricianz Cable Z watch, my mind went back to when I was building my own computers, and cable management was a thing I was really into. Here, I have a feeling the wiring is all show and no go, but it makes for a rather interesting look. 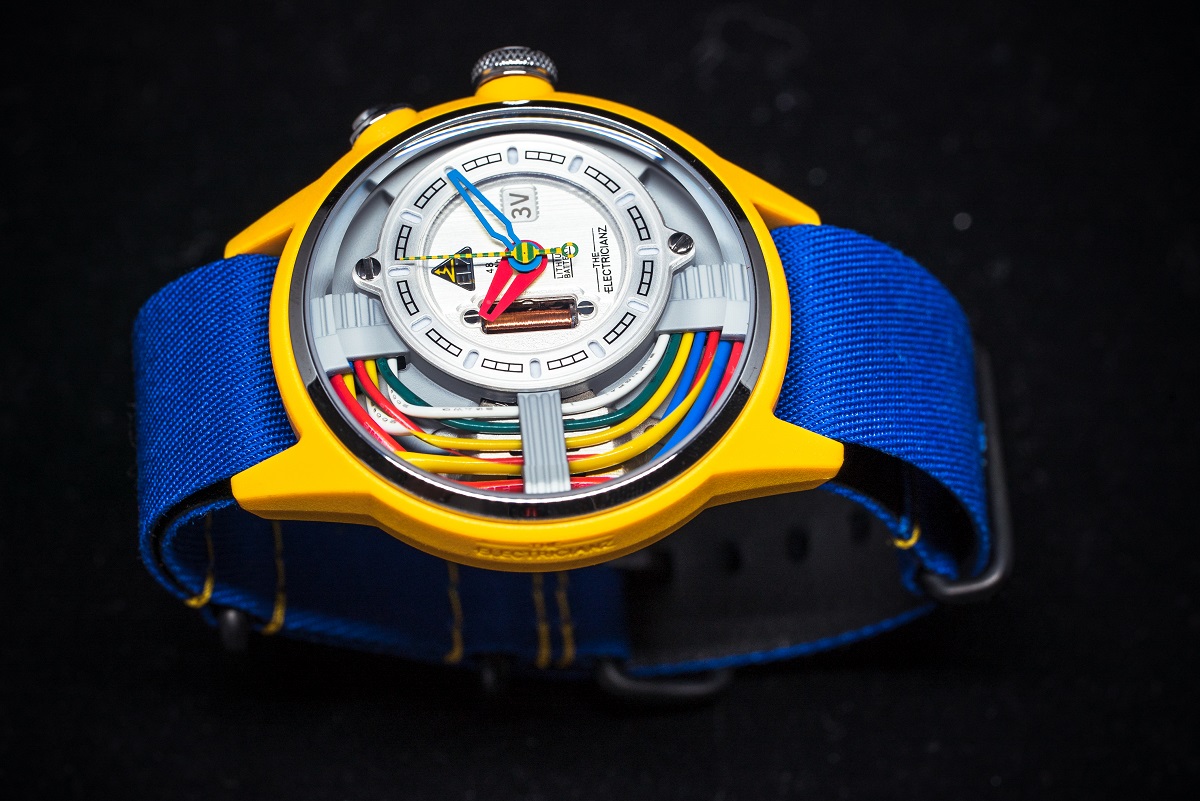 And why, you might wonder, would the Electricianz Cable Z Watch want to have “exposed” wiring sitting out there on the dial? Other than it playing with the name of the brand (I guess I’ll give them a pass for the goofy spelling), it is to highlight the fact that the watch features an electric movement. Details on it are fairly sparse (say, for instance, how long the button cell battery is expected to last), but the copper coil for it is a prominent part of the design. 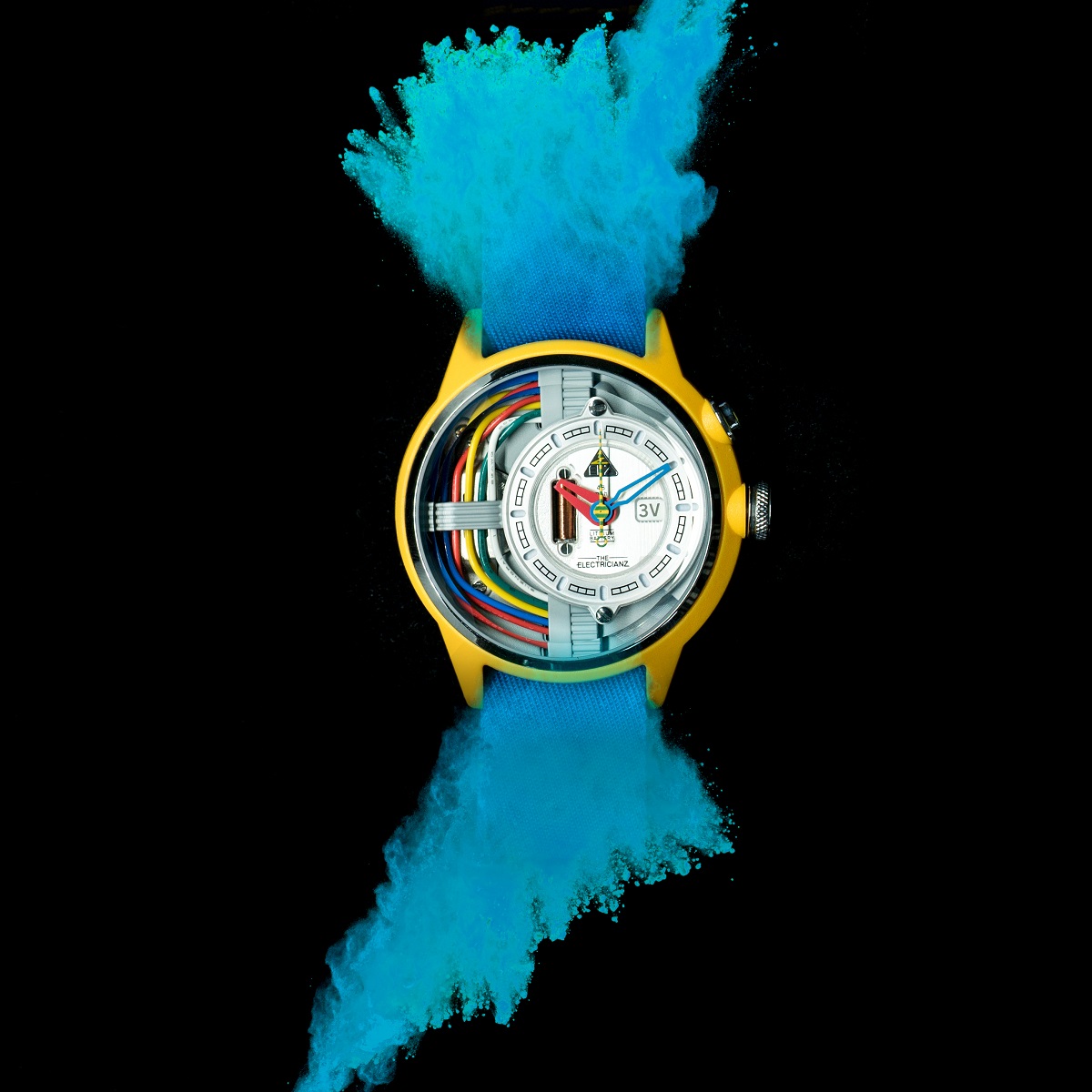 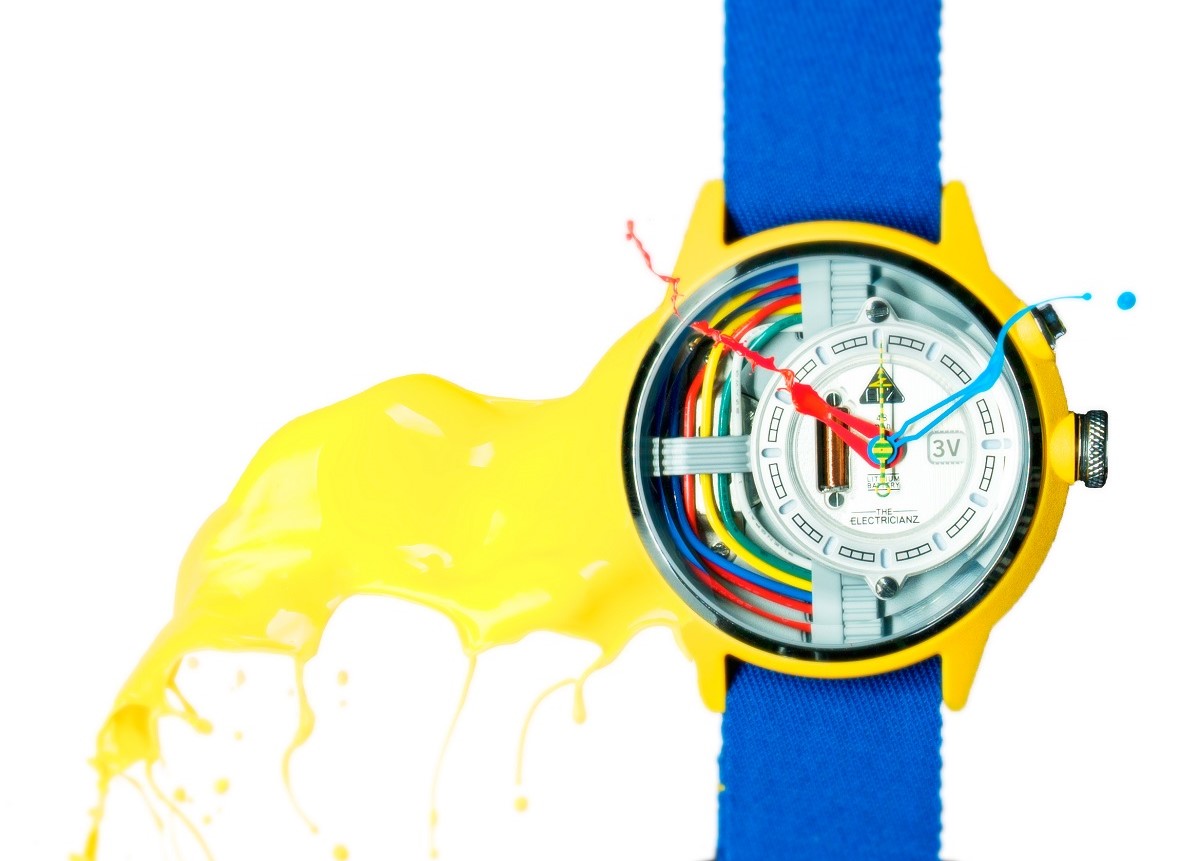 And really, the Electricianz Cable Z Watch is more a visual treat for the eyes than anything else. You’ve got the explosion of colors, the offset dial in the large 45mm case (which, made of nylon, should be pretty light), and then things like the exposed coil and wiring (good luck going through security with those, though). For the horological purists who wouldn’t dare consider a watch solely on looks alone, then, the movement becomes the calling card. Electric movements had a period of popularity, but they really don’t hum on many wrists these days, particularly in any modern incarnations. Well, until now, I suppose. 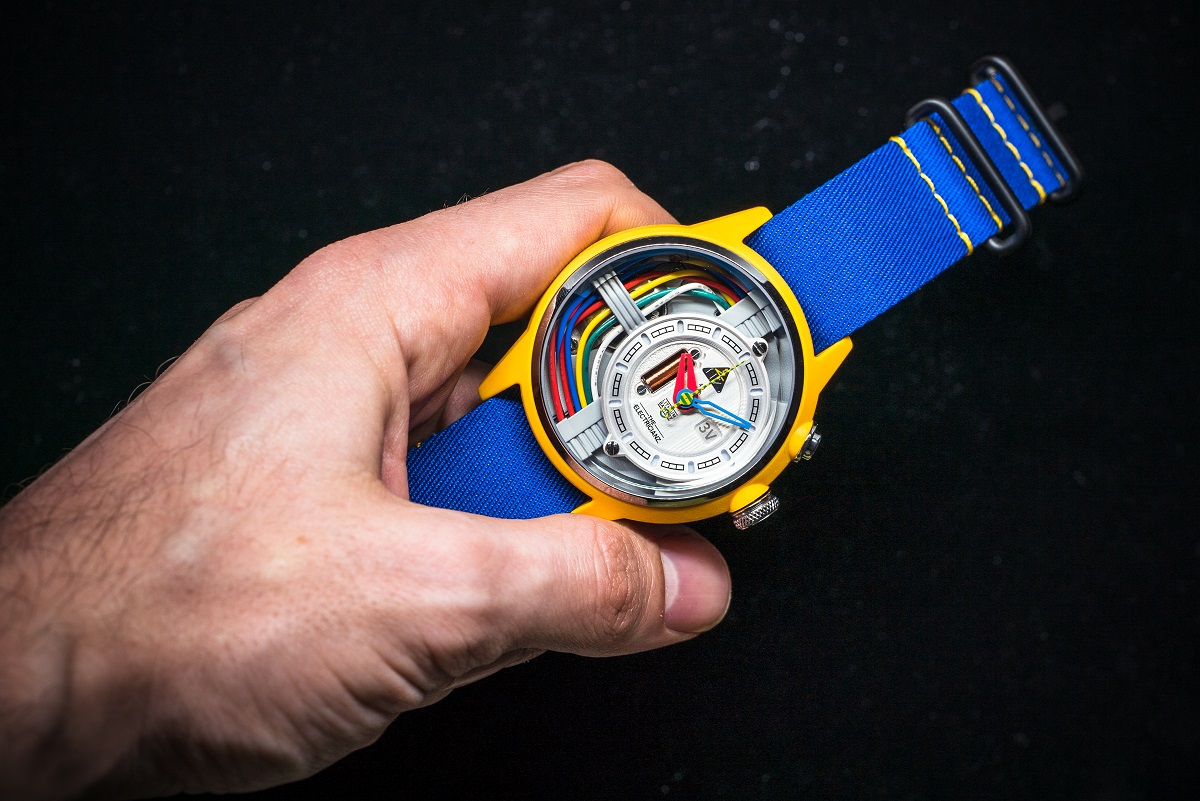 For me, the Electricianz Cable Z Watch represents something that’s a good bit of visual fun. The brand does have some other models that take things in a more restrained direction (darker colors, no exposed wiring), but those really miss some of the playfulness that this version of the watch brings to your wrist. I wouldn’t have minded seeing a higher water resistance rating in the spec list (it’s just 30m), but past that, I think there’s a lot to be curious about here. Price for the Electricianz Cable Z watch is $435. the-electricianz.com