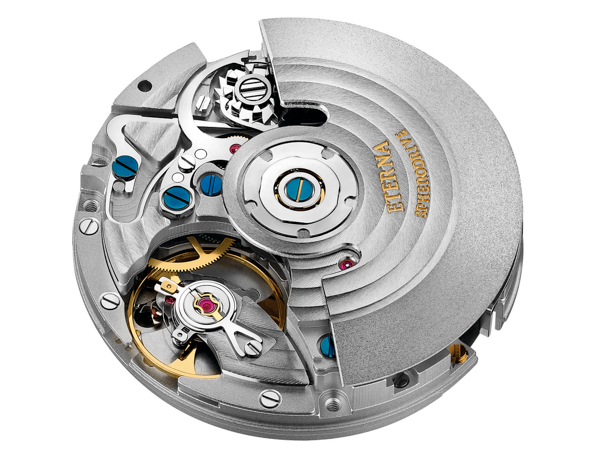 Eterna Calibre 39 Watch Movement: Valjoux 7750 Alternative And So Much More

No doubt in light of the fact that ETA-made movements are harder than ever to get, Eterna has just announced that they have created a new movement, dubbed the Calibre 39, which is the result of a project that started in 2007. This is potentially a very important announcement for the industry as the Calibre 39 is designed to be both an alternative to many hard to get ETA movements, as well as a strong base caliber for lots of complications.

The Calibre 39 is a fully modular movement that has been designed to be as expandable as possible, ranging from a manual two-hander to a column wheel-equipped flyback chronograph. A project that started out with the goal of designing a competitor to the ETA 7750, Eterna has now launched a proposed entire family of movements thanks to a modular design that builds upon a base movement platform. It is worth noting that long ago Eterna actually started ETA. 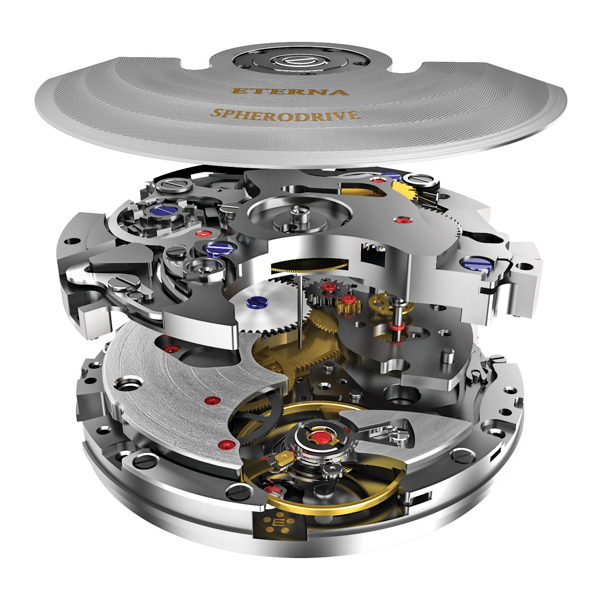 With over 88 different specifications, it is clear that Eterna has put lot of development into the Calibre 39 and, with ETA majorly cutting back the availability of their movements, we may eventually see the Eterna 39 in a lot of watches. The Calibre 39 will be available in chronometer spec, boasts a 68 hour power reserve, and will feature Eterna’s Spherodrive system which minimizes gear train friction by using ball bearings to ease the movement of the barrel. The Spherodrive system not only minimizes friction and wear, but it is lubrication free, more efficient and allows for a greater power reserve (thanks to a thinner mainspring).  Above, you can see the base Calibre 39 with a column wheel chronograph module illustrated above it, showing how the movement can be expanded to suit specific needs. In our opinion, the most important use of the Calibre 39 will be to act as an alternative to Valjoux 7750 chronograph movements as it is designed to fit in the same way as the 7750 in watches. 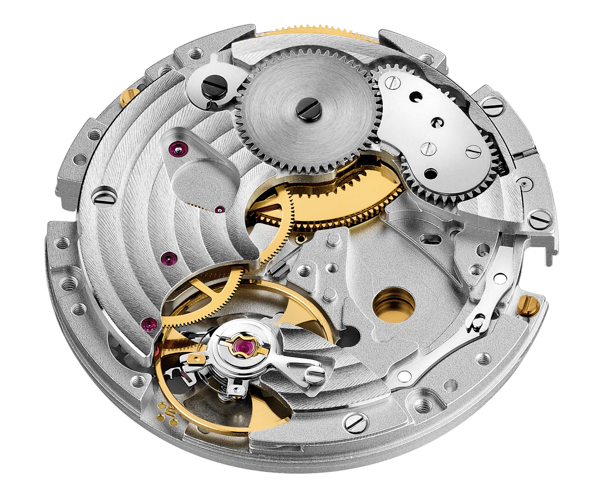 This is a considerable announcement as there is currently no heir apparent to the ETA throne of mass supply to third parties. Sellita is more or less the major hopeful, but their capacity has been quickly bought up. While ETA movements will not disappear completely, the restricted availability has increased prices and will see many manufactures, both big and small, looking for new solutions. Eterna is a fitting choice as the brand’s history stretches back to 1856 and they pioneered both the Eterna-Matic (a watch with a ball bearing-equipped rotor) and the first mass produced watch with an alarm feature.

Eterna says that 70% of the Calibre 39 will be produced within their hometown of Grenchen, Switzerland. Given Eterna’s rich history in watchmaking and proven expertise in movement design, the Calibre 39 is an exciting announcement that could have a real effect on the watch market as we know it. In a nutshell, while they do make watches, Eterna is probably at its best when making movements. Should they be able to industrialize and price the Calibre 39 appropriately, it should prove to be a major business for them as well as helping to ease the movement woes of many small and larger watch makers. eterna.ch