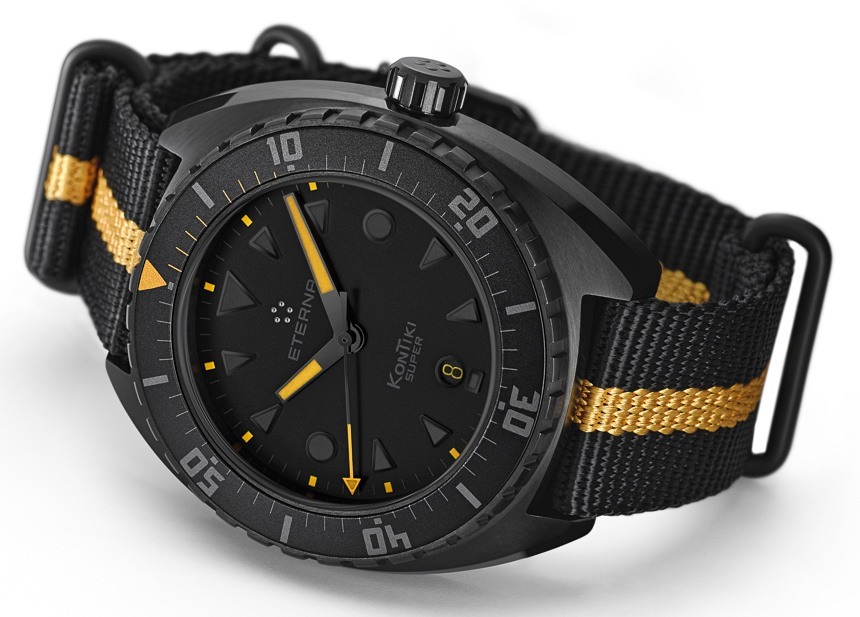 Eterna seems to have realized that the Super KonTiki watch is a valuable “character” in the brand’s DNA and is bringing the famed dive watch back in a strong way for 2015. So for Baselworld 2015, Eterna will be releasing a new Eterna Super KonTiki watch collection in a few colors, and at a relatively decent price. The collection appears durable and attractive, without too much fluff to dissuade purists from being excited about it. Eterna actually has not revealed a comprehensive list of tech specs, so we don’t know certain details such as the bezel material, though, I did learn that the water resistance of the case is 200 meters.

When we last visited the Eterna Super KonTiki, it was back in 2010, when Eterna (which was a very different company back then) released the limited edition Super KonTiki 1973 (hands-on here). That was a lovely watch, and while the 2015 Super KonTiki is distinct in style and design, it maintains a lot of the same DNA that makes it a real “Super KonTiki.” 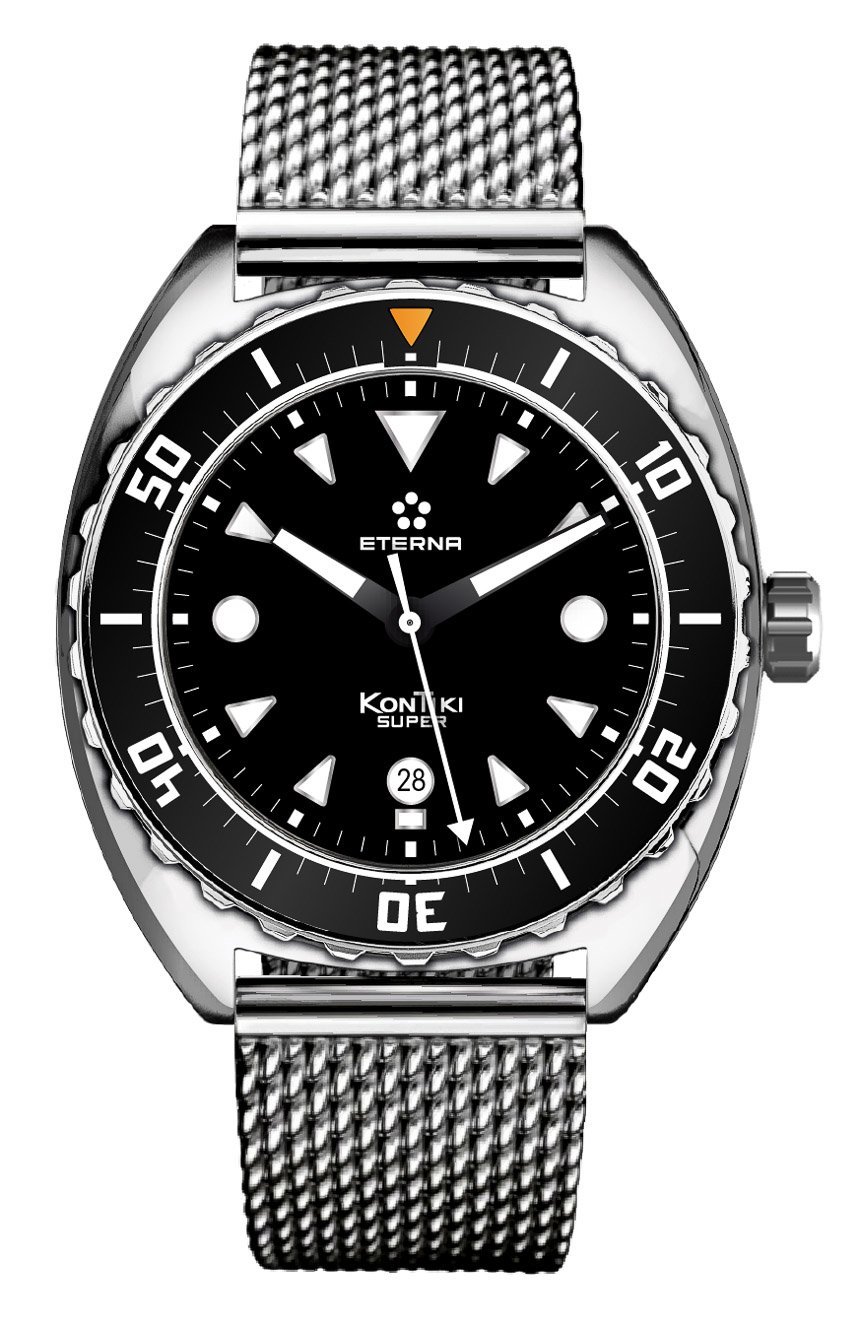 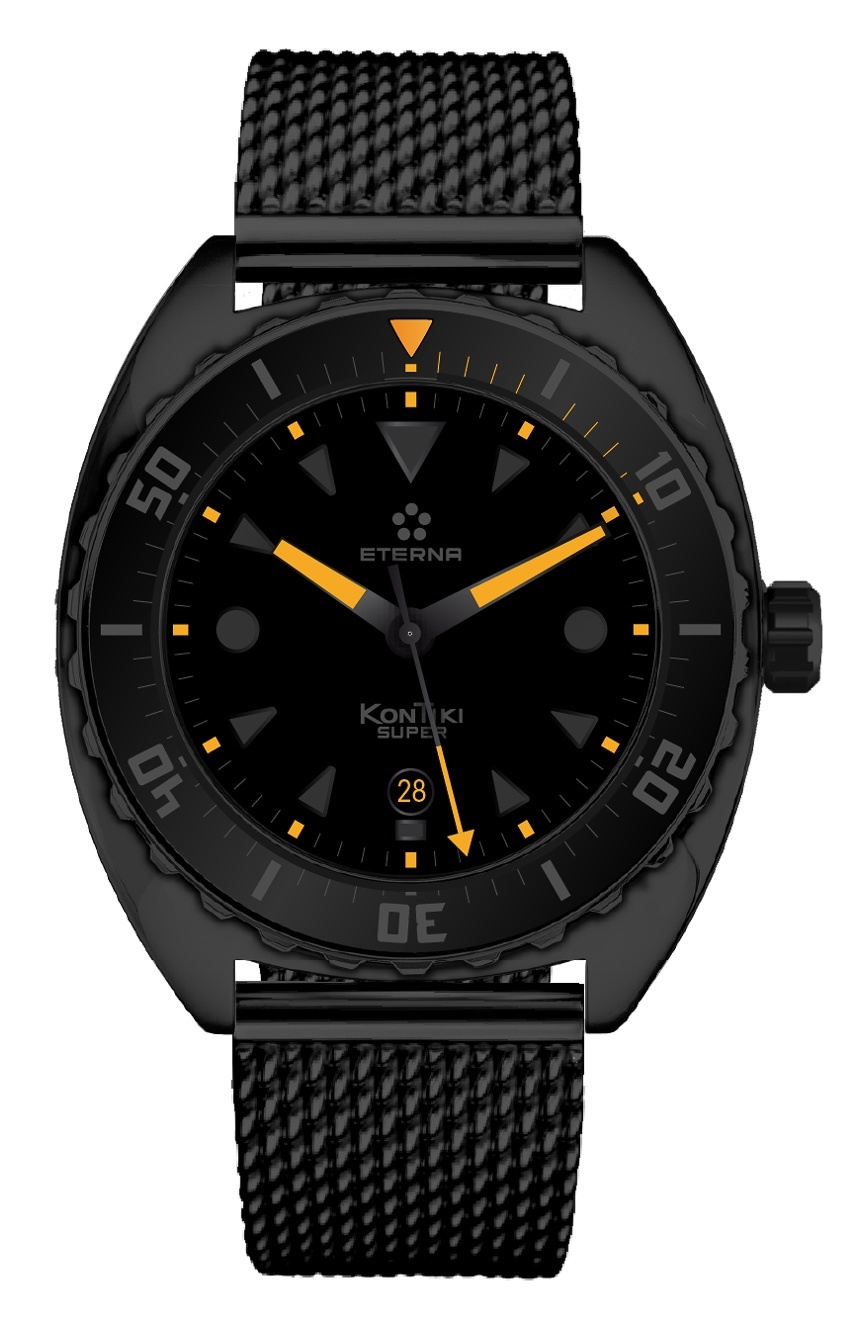 Fashionability seems to be a major element of the 2015 Eterna Super KonTiki watch that is available both in a more classic style as well as a mostly black with gold-tone trim version (that, by the way, is a limited edition). Various dial and case colors are matched with various strap choices as well. Given the presentation box, it appears that with each Super KonTiki watch, Eterna will supply three straps which include the steel Milanese-style bracelet, a leather strap, as well as a NATO-style strap. This shows Eterna’s understanding of modern wearing trends, combining both colorful elements with a classic sports watch style. That understanding alone is probably going to lead to some sales.

At 45mm wide, the Eterna Super KonTiki case design is that typical diver’s tonneau-style shape that just continues to both look good and wear comfortably. The large rotating diver’s bezel is a key element of the look that works nicely here. You’ll notice that Eterna is offering a new dial design for the Eterna Super KonTiki that I think most people will learn to enjoy. I am on the fence in regard to the hands which appear rather simplistic in nature, but I am willing to give them a chance, and make a final determination after seeing the watch hands on. I actually like that on some dials, the tan colored hour markers are contrasted with the white hands, leading to some welcome legibility. What do you think about the “phantom with gold color” black-cased Eterna Super KonTiki models? 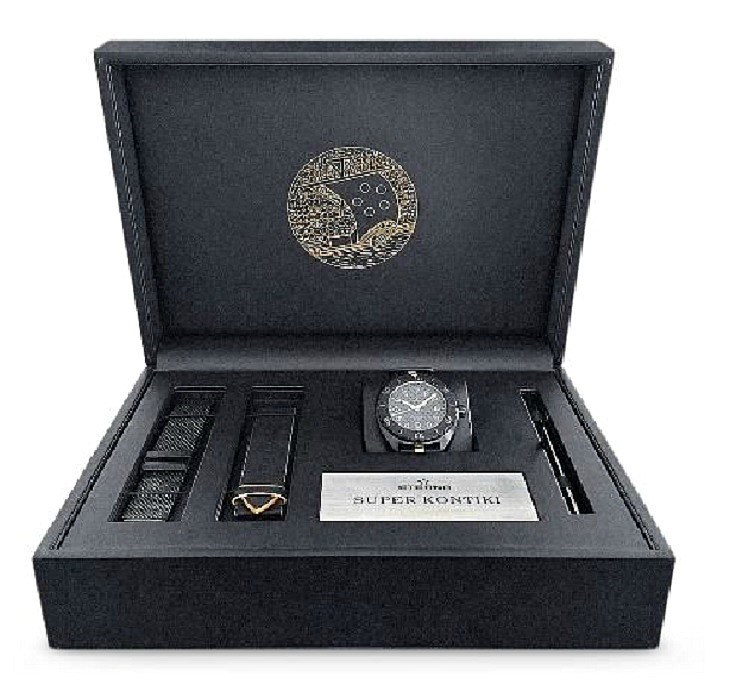 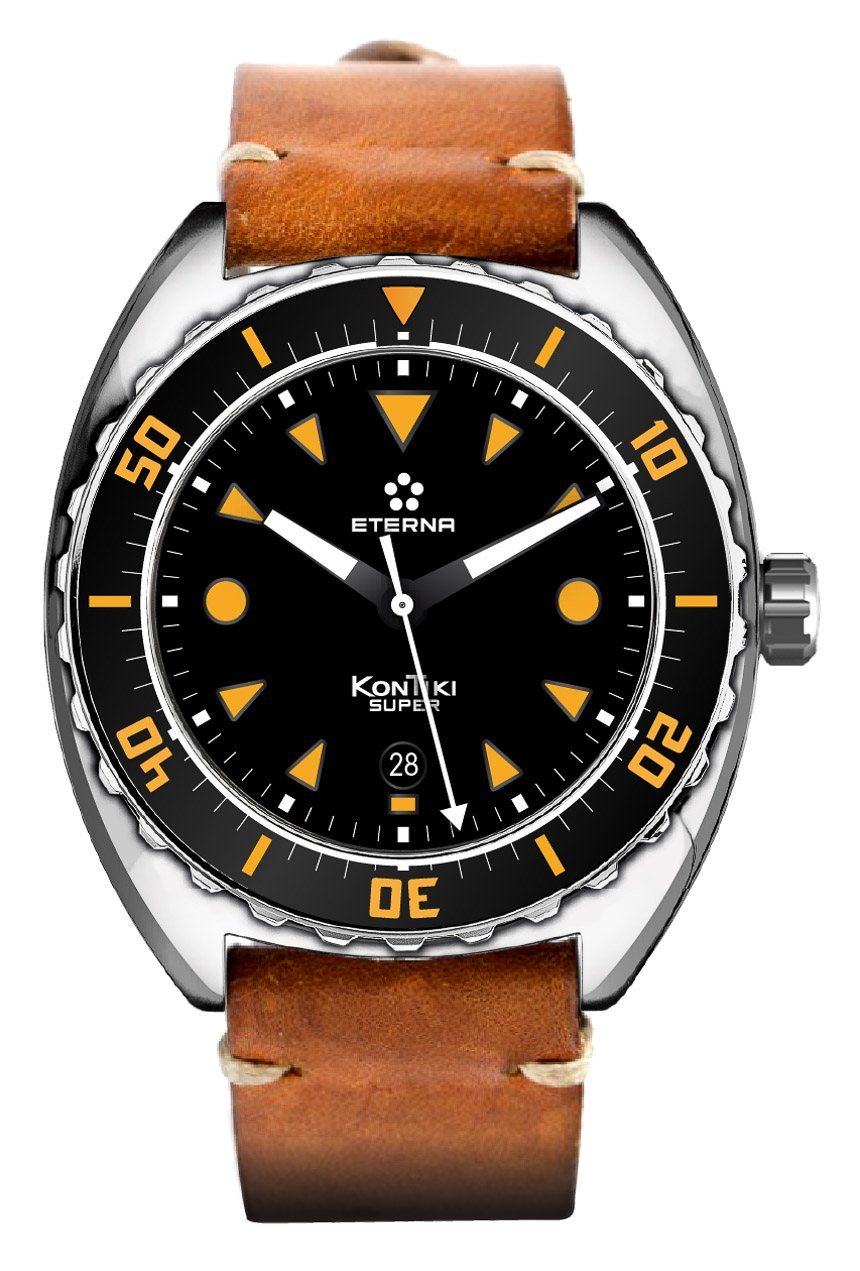 My feeling is that Eterna is going to position the Eterna Super KonTiki as their entry-level priced sports watch next to the higher-end Royal KonTiki collection (hands-on here) that debuted last year in 2014. While the Royal KonTiki collection of watches will contain in-house made Eterna movements, the Eterna Super KonTiki will not. I don’t know if this is a blessing or a curse for the collection that would otherwise be priced a lot more with an in-house movement. With that said, an argument can be made that, given the stiff competition at this price point, Eterna has not done enough to create a super compelling value proposition with the 2015 Eterna Super KonTiki. Inside the watch is a mechanical Swiss Sellita SW200-1 automatic movement (basically the same as an ETA 2824).

The problem with Eterna is that, while consumers don’t think badly about them, most watch consumers don’t think anything of them. In much of the US, for example, the brand has been mostly absent or really hard to find. Also, Eterna’s greatest asset over the last few years has been its strong collection of in-house made movements (which are not cheap and have been sometimes combined with less-than-stellar-looking watches). This has prevented as many consumers as possible from considering the brand – which, in actuality, has a really nicely made product with a lot of quality that is hard to find elsewhere. My hope is that Eterna – under its newer ownership and no longer dependent on making watches for Porsche Design – can experience a new era of artistic and engineering freedom that allows it to create great looking watches with compelling innards at prices that absolutely force watch lovers to pay attention. Price for the reference 1273.43.41.1365 Eterna Super KonTiki limited edition of 888 pieces watch for 2015 is 2,550 Swiss Francs. The rest of the Eterna Super KonTiki watches range in price from 1,650 – 1,900 Swiss Francs. eterna.com