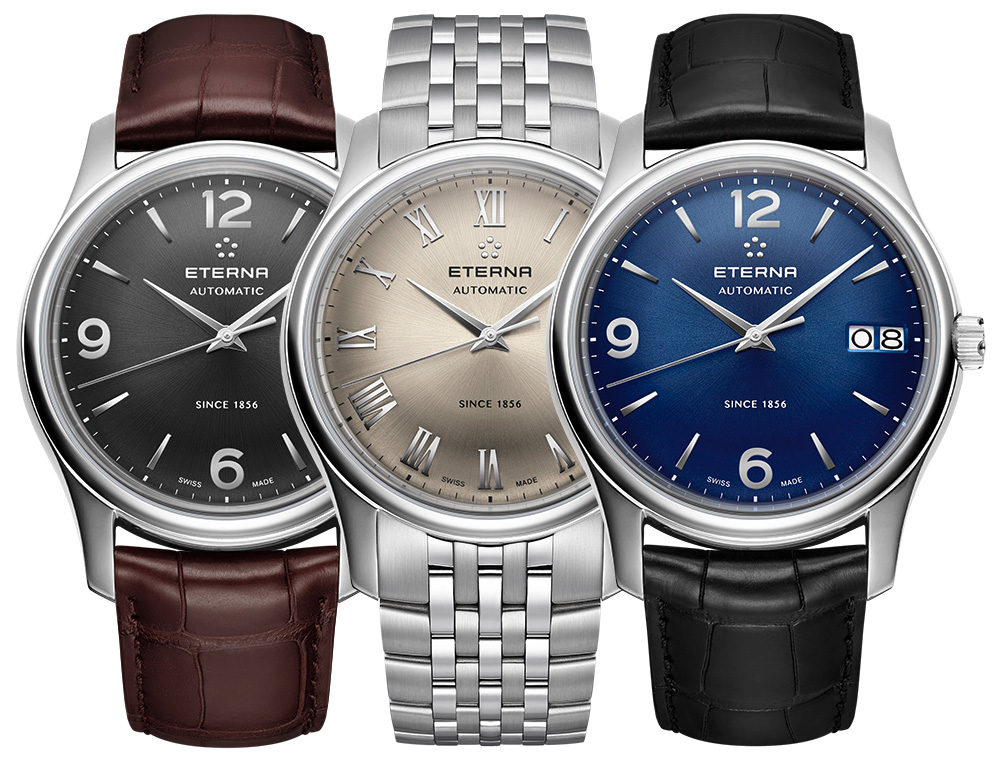 It’s been 160 years since Eterna first opened its doors for business, and to celebrate, the venerable Swiss brand is introducing the Granges 1856 watch – a svelte 3-hander fitted with a unique in-house-produced movement that builds on Eterna’s revolutionary modular Caliber 39. The Eterna Granges 1856 could punctuate a return to form for the brand’s long and somewhat tumultuous history which began in the Swiss municipality of Grenchen (or “Granges,” in French), as an ébauche manufactory. It features the current world’s thinnest movement with a large date indicator (pretty specific, but there you have it). 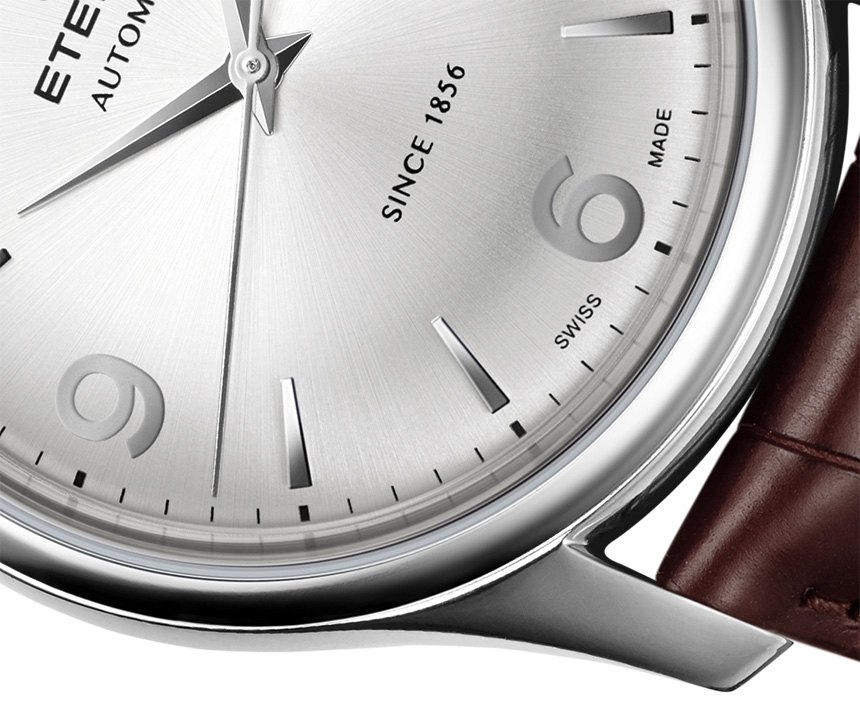 The Eterna story is one of the oldest in the book of watchmaking, and a look back on its last 160 years reveals a winding history with ups and downs. Here, we have one of horology’s earliest adopters of mass production techniques at scale, and the inventors of the ball bearing-mounted automatic rotor (hence the five spheres in the brand’s logo) – both major watchmaking contributions which significantly improved the efficiency of automatic movements at the time, and the speed at which they could be manufactured.

That mass production knowhow and pioneering innovation would lead Eterna to found ETA – a separate ébauche division which supplied movements for other watch brands (see our Brief History of ETA article here for more). In fact, many of ETA’s most prominent movements seen today were originally of Eterna design, so the in-house produced Caliber 3030 fitted to this Granges 1856 could be seen as the brand finally coming full circle, escaping the Swatch Group consolidation efforts during the quartz crisis, and breaking its own reliance on the movements it once supplied to others. 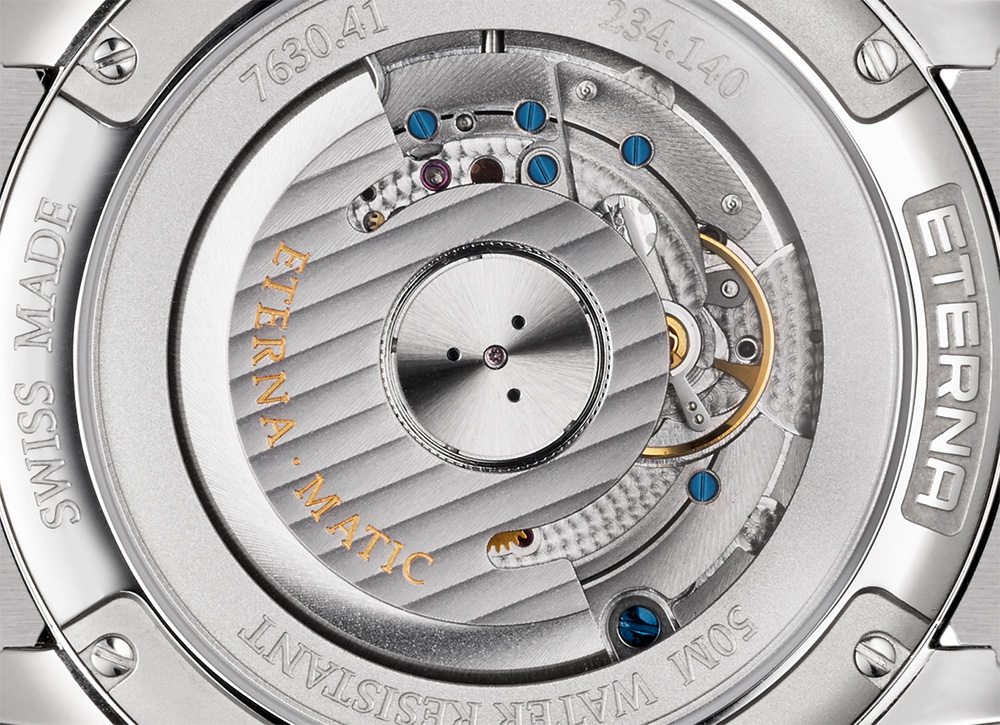 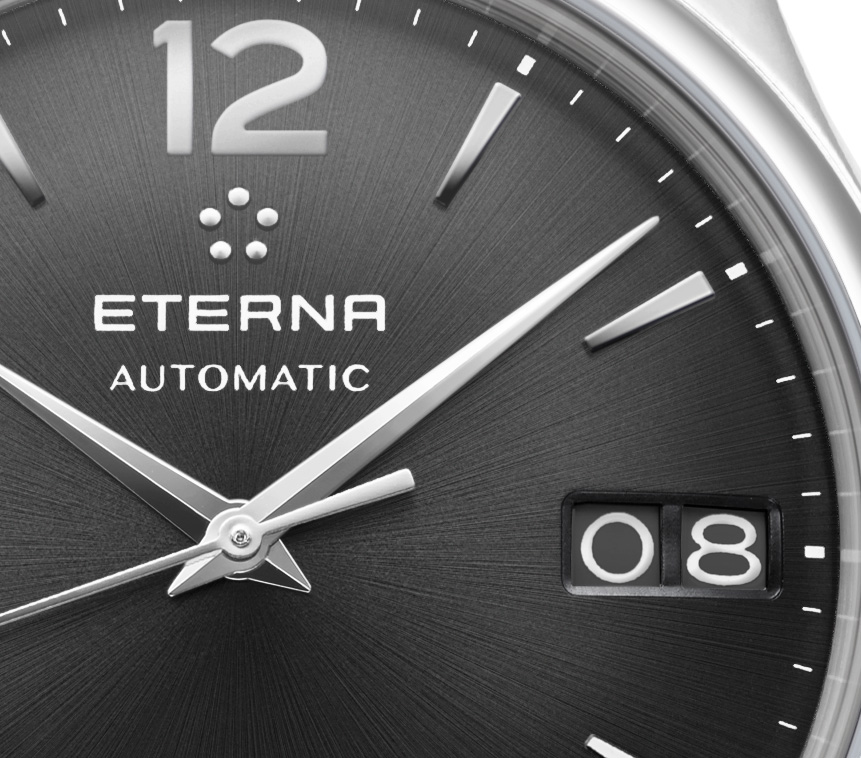 The Eterna Granges 1856 looks to resurrect the innovation and pioneering spirit that once put Eterna on the map with the world’s thinnest automatic movement in its class fitted to a new release, limited to only 100 pieces in each of the four dial variants: black, blue, champagne, and silver – with the latter two also available with a Roman numeral dial variant.

Now, that claim comes with a small caveat – “in its class” doesn’t refer to the same types of ultra-thin automatic movements in categories dominated by sluggers like Piaget and Jaeger LeCoultre. No, this is the world’s thinnest automatic caliber with a big date complication, measuring a wispy 4.63mm thick – a few tenths of a millimeter thinner than similar options like Blancpain’s Calibre 6950, which was fitted to the discontinued Aqualung Leman Grande Date. Granted, not exactly rarefied air, nor the most competitive segment, but the movement itself is still markedly compelling with its unique lens-shaped profile, paired with a matching curved dial set within the confines of the Eterna Granges 1856’s svelte, 42mm x 9.8mm stainless steel case. 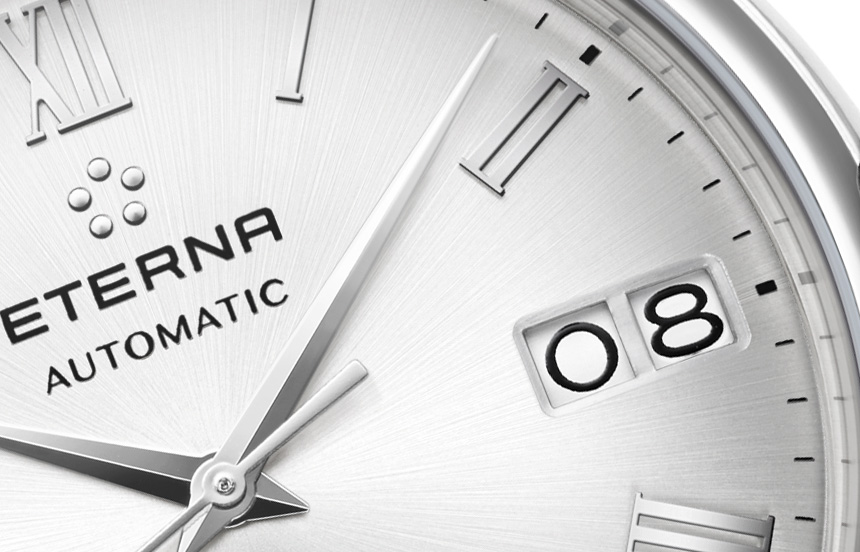 Superlatives aside, whether or not the Eterna Granges 1856 is the return to form some have been waiting for remains to be seen. That said, it’s still an exciting progression and an eminently classic watch that bodes well for the future of Eterna, especially after a series of ownership changes in the late 1990s and early 2000s. The Eterna Granges 1856 will be available exclusively from Eterna’s e-boutique, with prices starting at $4,900 for versions on a leather strap, and $5,100 on the stainless steel bracelet. eterna.com